A classic and powerful proof of friendship in animals has been demonstrated by two stray dogs of totally different breeds in the UK. One of them Glen, a Jack Russel terrier is totally blind. He relies on Buzz a Staffordshire Bull terrier to get around. They are bet of friends. Both dogs were found in a sea tunnel in Northern England, they have stayed together since. Their bond is so strong that both dogs go restless when they are apart. They stray aid rescue center in Coxhoe, Durham is where they reside. It actually isn’t far from where they were found. Glen the blind dog follows his companion Buzz everywhere he goes, buzz even helps his friend find his food plate, bed and kennel. He nudges him when he goes astray. Staff at the center do not have the dogs history however they estimate that the dogs should be aged between nine and Ten years old .They are looking for a home for these two preferably with a retiree, where they could all love their days together.

Glenn and Buzz are stray dogs looking for a new home 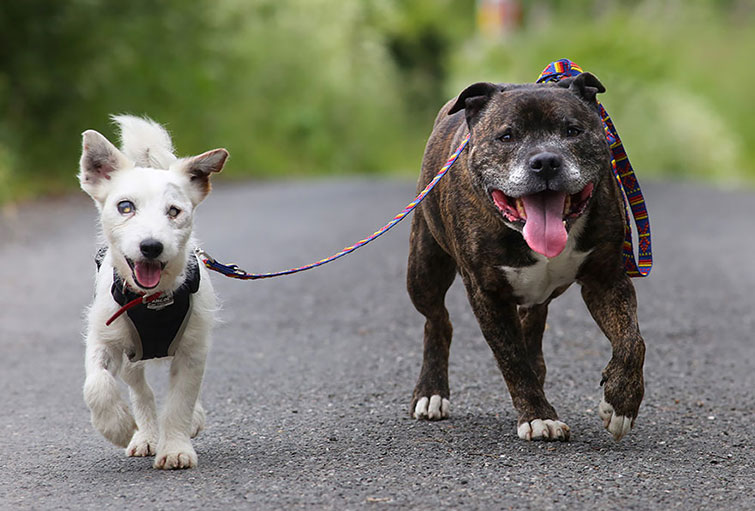 Glenn may be blind but he has a friend Buzz to guide him around.

Glenn is directed towards his feeding bowl, bed and kennel by his friend buzz. 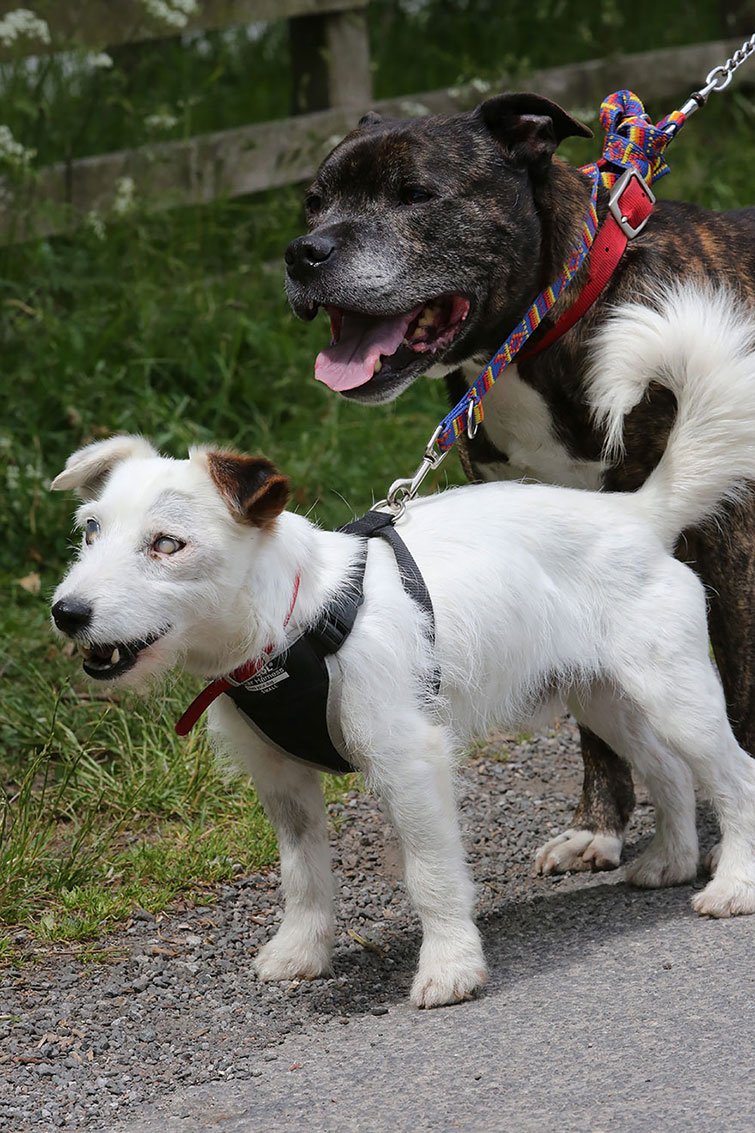 They are both restless when apart and we want them to find a home together.

Dogs are not only a man’s best friend, These two have proven to be a dogs best friend too. 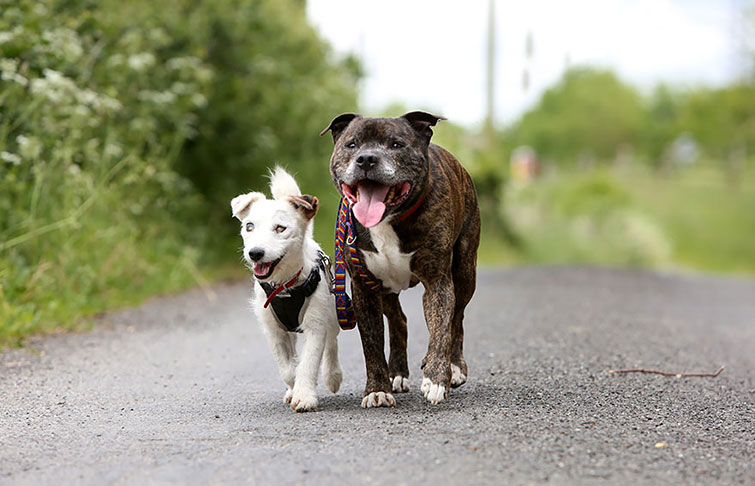