‘Humans of New York’ is a popular page on social media site Facebook that aims to tell the stories of everyday people living in New York City. Quotes and stories fill the page, sparking a lot of conversation across various different subjects. One of those was the post of a girl named Beyoncé, who was sharing her feelings about having the same names as a famous person. The post quickly went viral, and managed to gross almost 300,000 likes, 45,000 comments as well as being shared over 20,000 times. Many others who felt they were in the same boat – due to a celebrity name or a name that provokes humour in others. Many of these comments on the post are rather funny, with many people managing to poke fun at themselves and retell funny stories that are related to their name.

Not many Facebook posts can evoke such a massive response, and some of them are gold. Take a look at some of the best comments found. (source: Bored Panda, Business Insider) 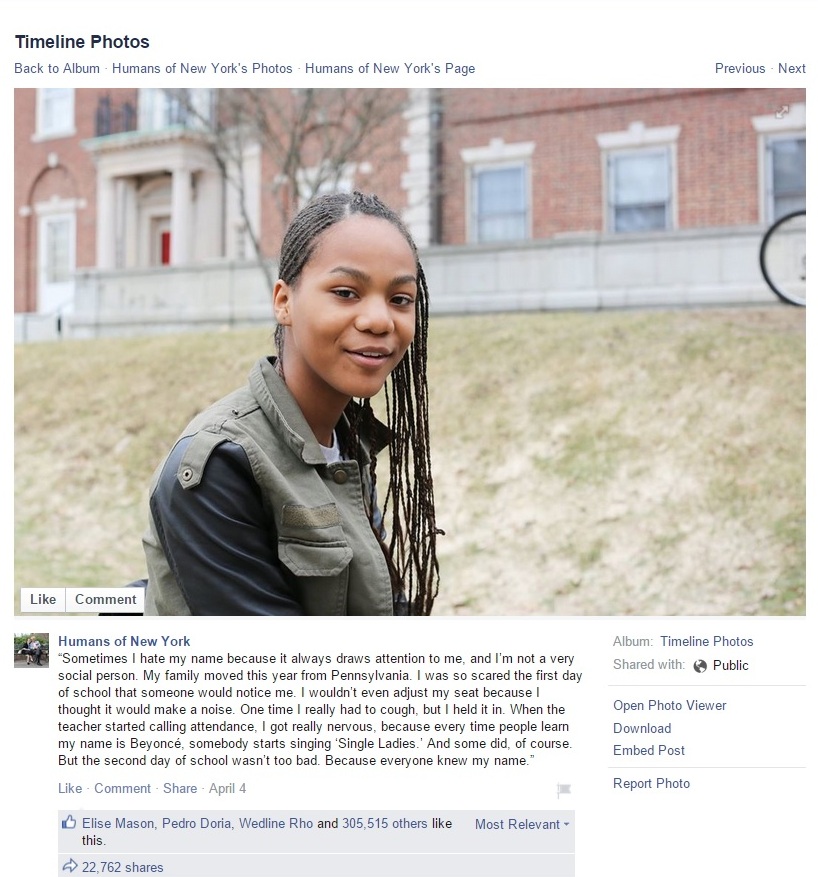 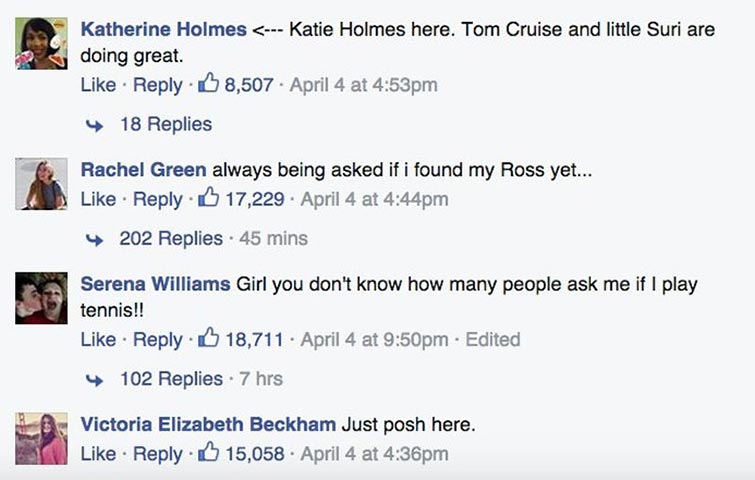 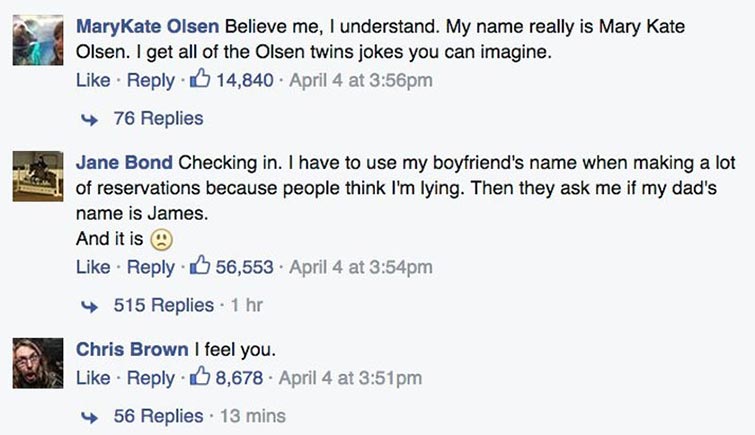 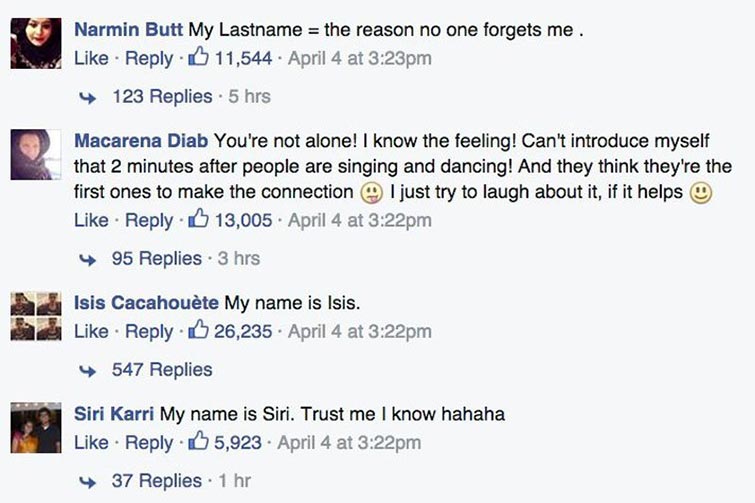