Cruentomycena viscidocruenta mycena earning its viscid title. viscid means sticky or glutinous and this fresh one is covered in a sticky glutinous layer of glorious slime. 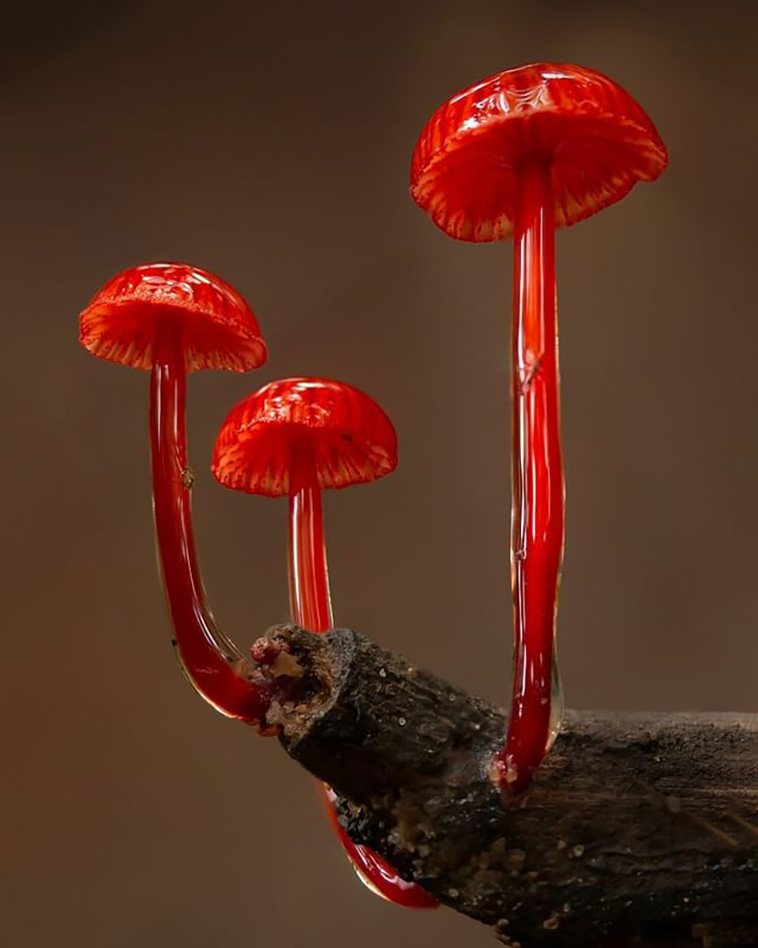 A species of mushrooms in the genus Hericium, resembling a bunch of delicate icicles.

A species of mushrooms in the genus Hericium, resembling a bunch of delicate icicles.

Hericium is a genus of edible mushrooms in the family Hericiaceae. Species in this genus are white and fleshy and grow on dead or dying wood in shaded areas of deciduous and Alpine forests of North America, Europe, and Asia. The fruiting bodies look like a mass of fragile icicle-like spines dangling from either a branched framework or from a tough, unbranched cushion of tissue. Due to this distinctive structure, Hericium species have various common names among which are monkey’s head, lion’s mane, and bear’s head.
Usually, fruit bodies have short stalks and are attached laterally to the host tree. While mature specimens are easily recognizable by their drooping spines hanging downwards, immature specimens often begin as a single clump, only developing their branches as they age. Hericium species are commonly consumed in North America and China and also used in traditional medicine in China and Japan. 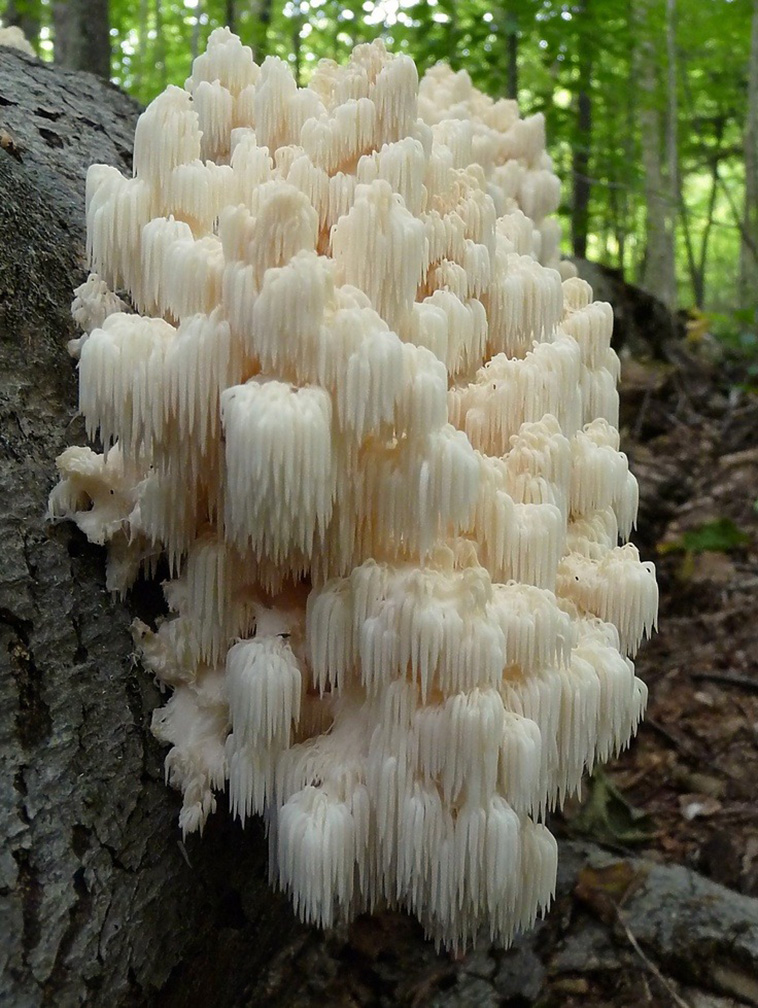 Myxomycetes, also called Mycetozoa, are a phylum of fungus-like organisms from the kingdom Protista, commonly known as true slime molds. There are hundreds of variations and most of them can be quite beautiful. Looking at them through a microscope can be like discovering an alien landscape. 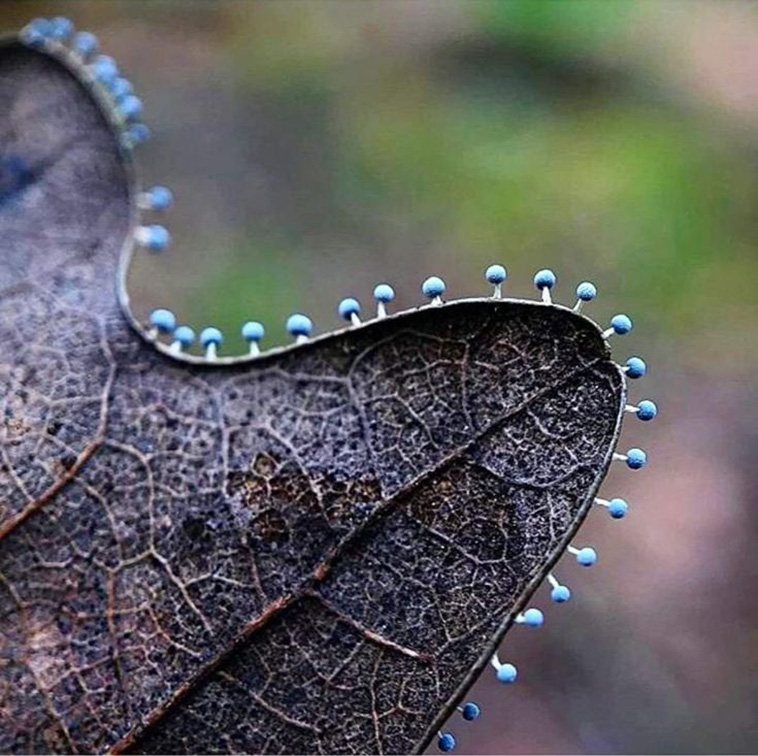 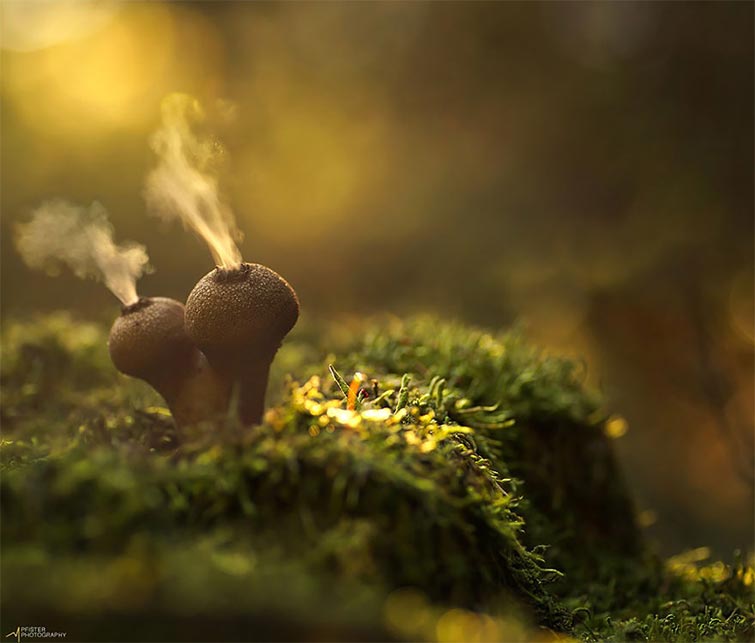 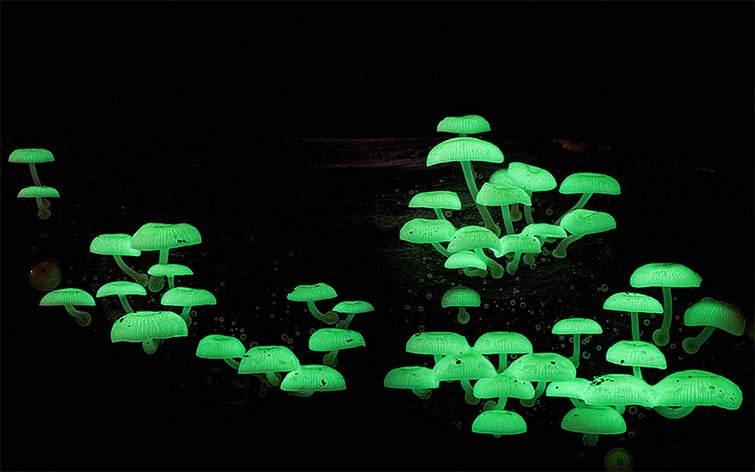 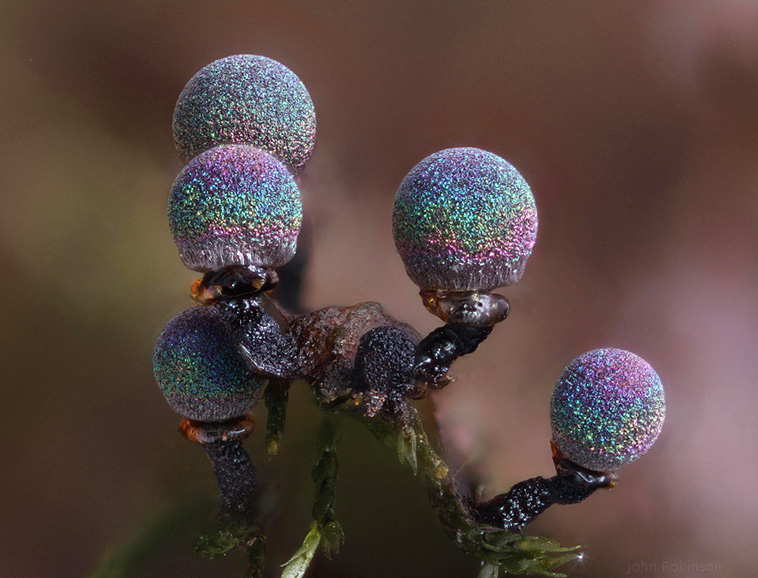 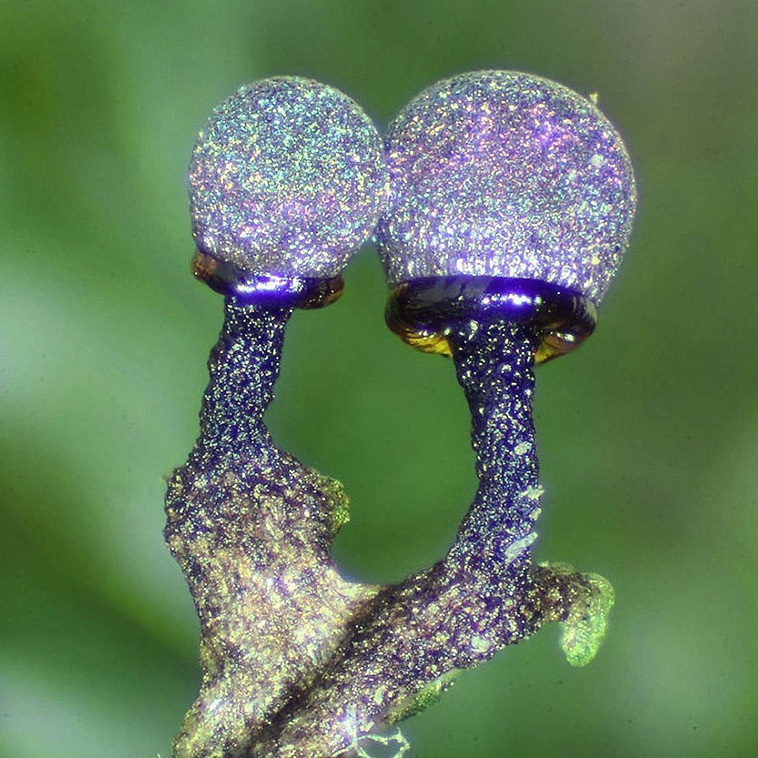 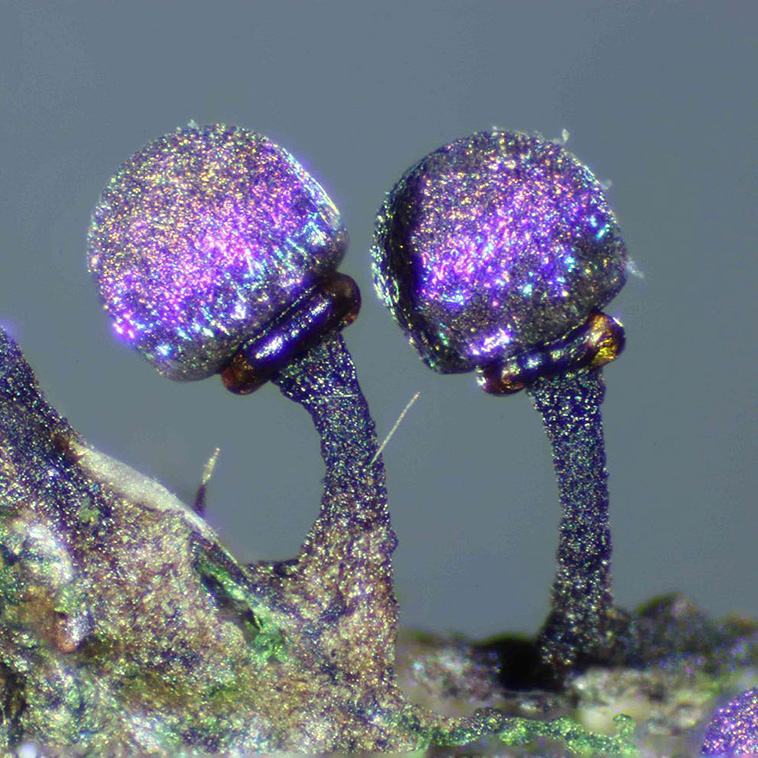 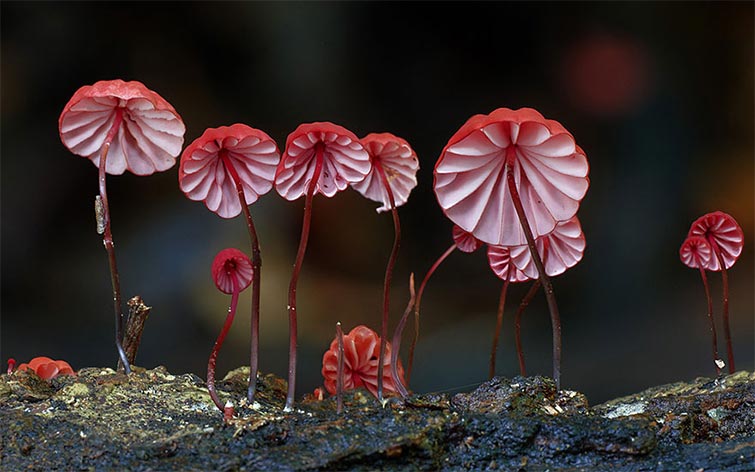 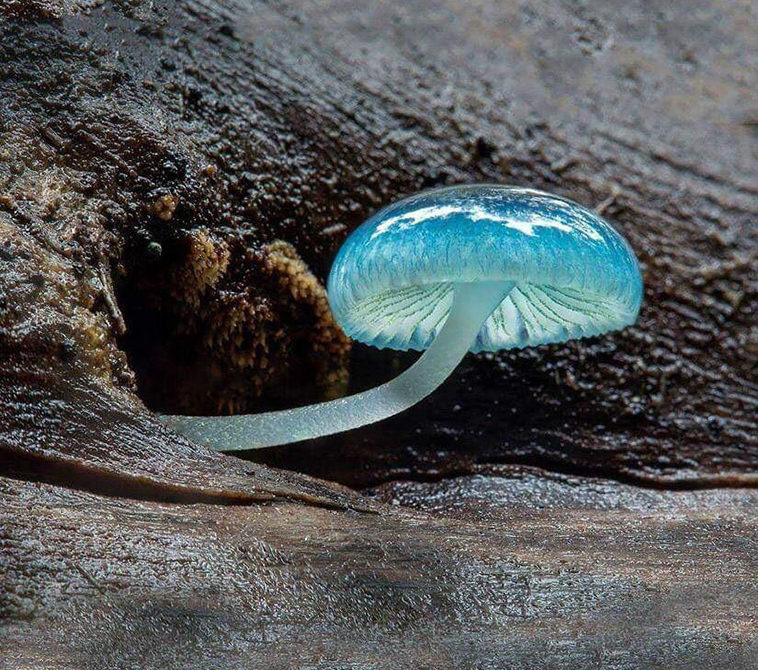 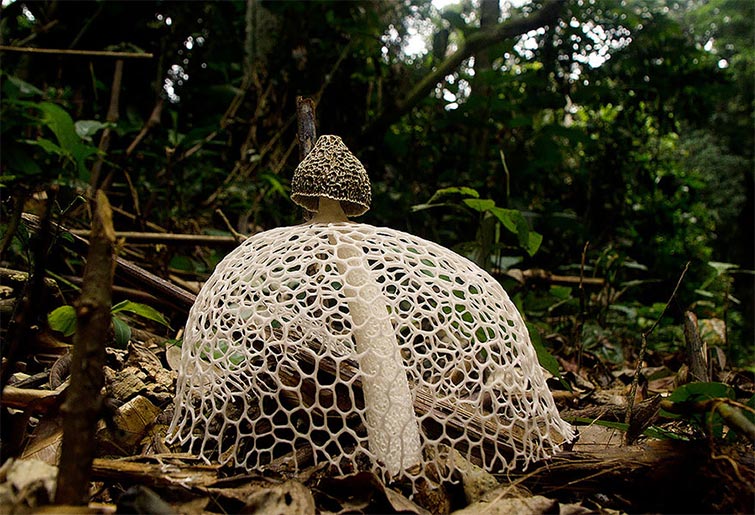 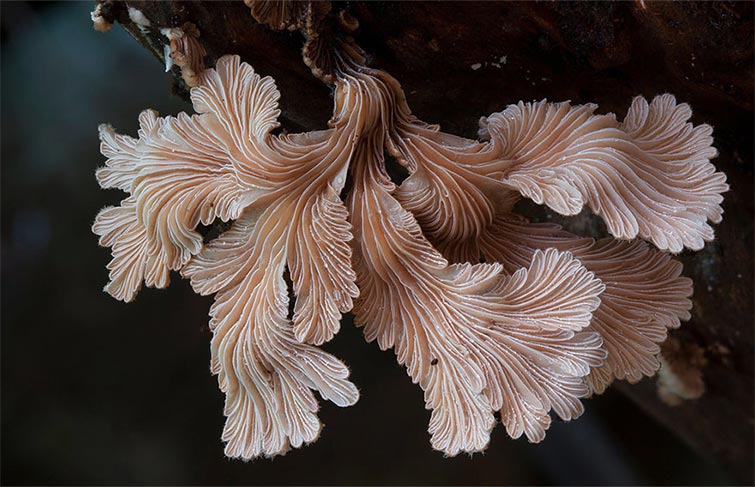 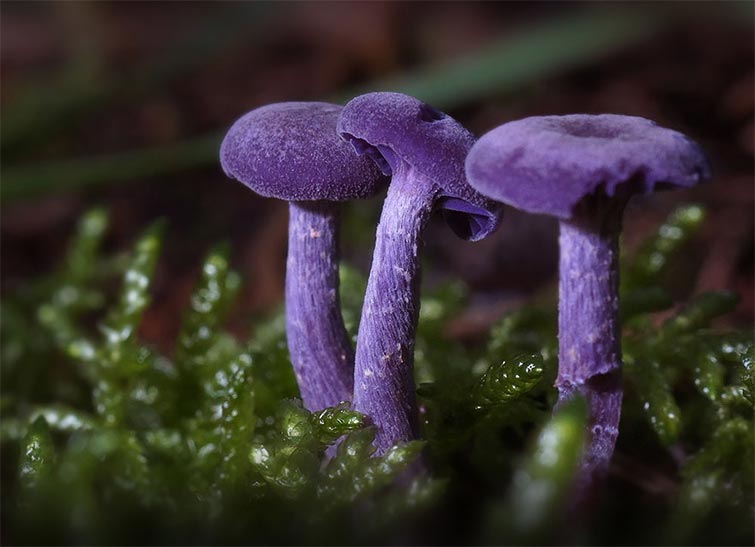 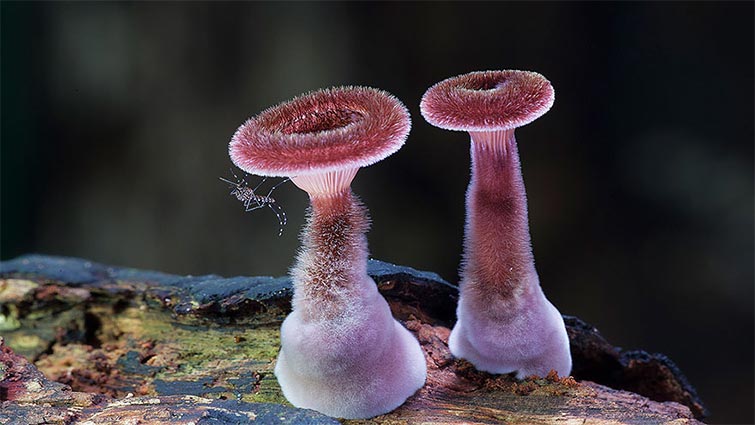 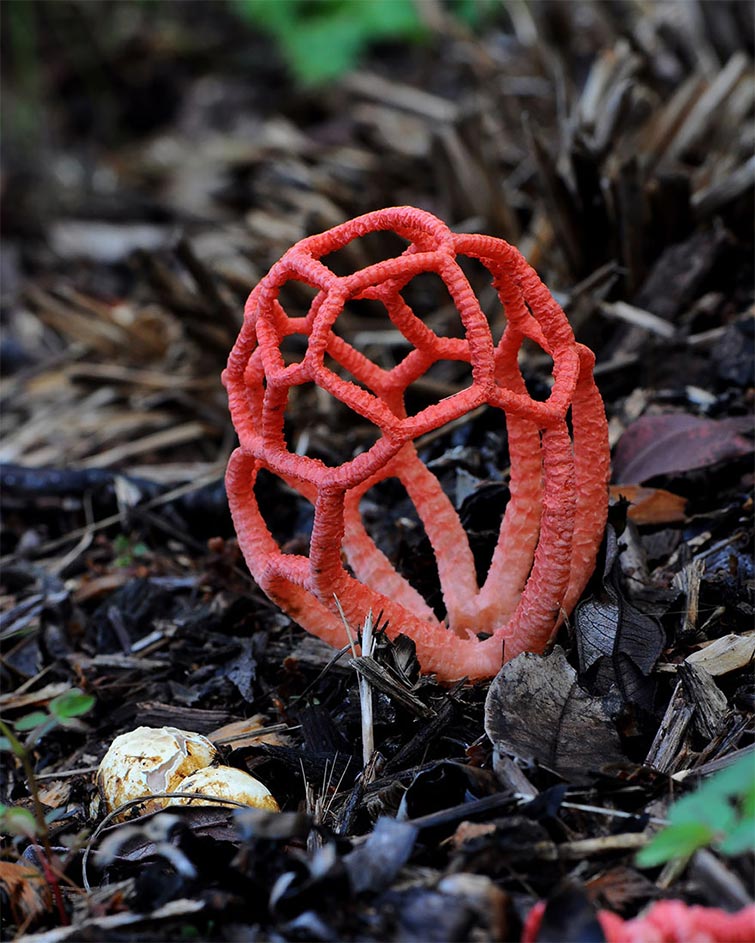