They have been an important part of human history and life. We have made sculptures since the first days of humankind. It is possible to say sculpturing is one of the most primeval arts of humankind. They have been placed almost everywhere from holly places to ordinary places. We understand historical developments and events thanks to sculpturing besides artistic enjoyment.

It is impossible to show all of the important and famous sculptures that have been made until the present but here are 19 sculptures that show different meanings and artistic approaches.

The Venus of Willendorf is a 4.4-inch-tall figurine made from limestone discovered in Willendorf, Austria. It is believed to have been crafted between 30,000 and 25,000 BCE, making it one of the world’s oldest known works of art. Because of the figure’s prominent breasts, rounded abdomen, and shapely hips, many researchers over time have concluded that the carving was intended to be a fertility statue, or “Venus figurine.” 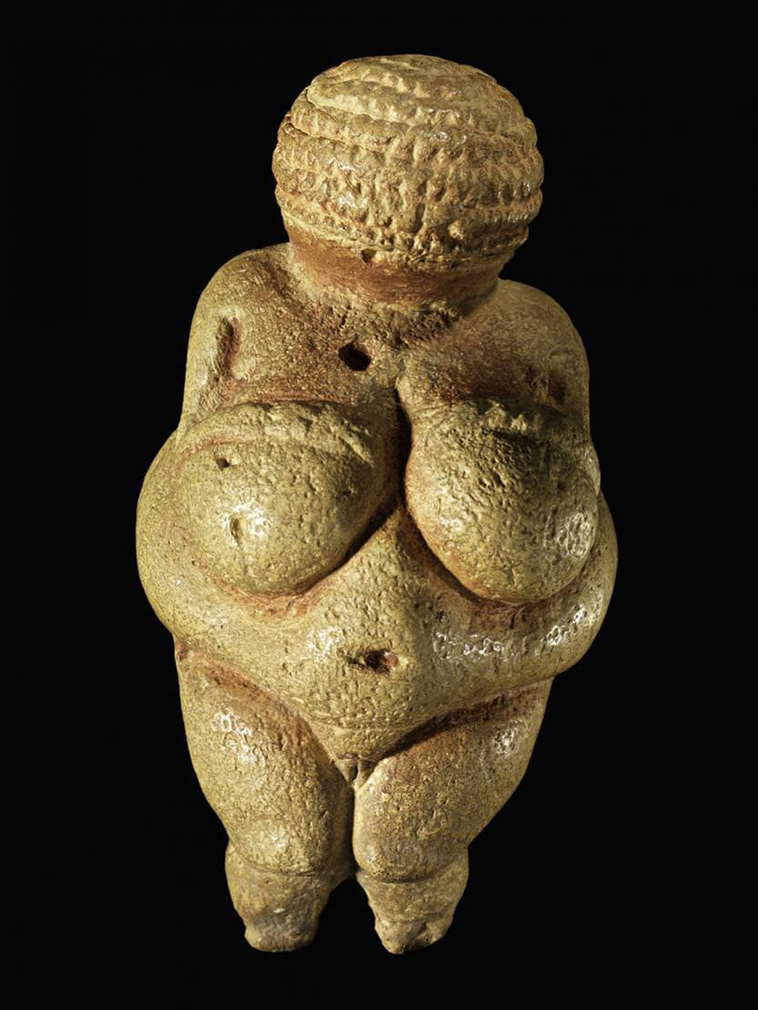 BUST OF NEFERTITI BY THUTMOSE (1345 BCE)

This painted limestone bust, now in the Neues Museum in Berlin, is a beautiful portrait of Nefertiti, the Great Royal Wife of the Egyptian pharaoh Akhenaten. Found in the workshop of an artist named Thutmose, his iconic rendering made Nefertiti a symbol of ideal feminine beauty for centuries to come.

The terracotta warriors are a collection of statues in Xi’an, China, depicting the army of Qin Shi Huang, the first Emperor of China. Counted among the figures are 8,000 soldiers, 130 chariots, and 670 horses. The figures are an incredible example of funerary art, created to guard to Emperor in the afterlife. They were only discovered in 1974 when farmers digging a well happened upon them in a location almost 1 mile from the Emperor’s tomb.

Also located in the Louvre, the Venus de Milo is also known as the Aphrodite of Milos and is thought to depict Aphrodite, the Greek goddess of love. The marble sculpture stands 6 feet 8 inches tall and is known for its missing arms. As any limbs were in peril of breaking off over time, it’s not uncommon for an ancient sculpture to be missing its limbs. The world-famous sculpture was found on the Greek island of Milos in 1820 by a peasant, who discovered it fractured into two pieces.

Since its 16th century excavation, Laocoön and His Sons sculpture has attracted archaeologists and art lovers alike. This Hellenistic sculpture depicts three marble figures in an action-packed scene based on an ancient Greek myth. According to legend, Laocoön was a priest from Troy who—along with his two sons, Antiphantes and Thymbraeus—was attacked by sea serpents sent by a god. 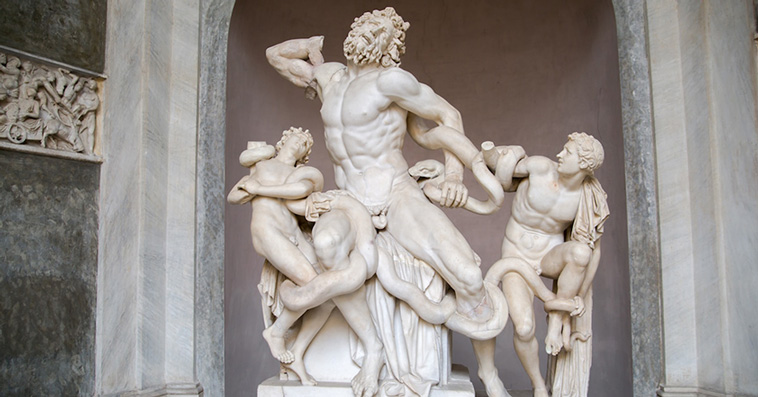 Located in the Louvre, the Winged Victory of Samothrace or Nike of Samothrace is an iconic example of Hellenistic Greek sculpture. Depicting Nike, the Greek goddess of victory, it is one of the few remaining Hellenistic sculptures that is a Greek original and not a later Roman copy. With her clothes clinging to her body, the goddess triumphantly moves forward as though on the prow of a ship leading troops to victory.

Originally commissioned for the roof of Florence’s cathedral, Michelangelo was only 26 years old when he won the job. One of the most iconic sculptures in history, Michelangelo’s oversized David is calm and collected, with his slingshot slung over his shoulder, confidently waiting to take on Goliath. Michelangelo’s skill is demonstrated in his attention to detail, from the bulging veins in David’s hand to the mastery of contrapposto in his pose. 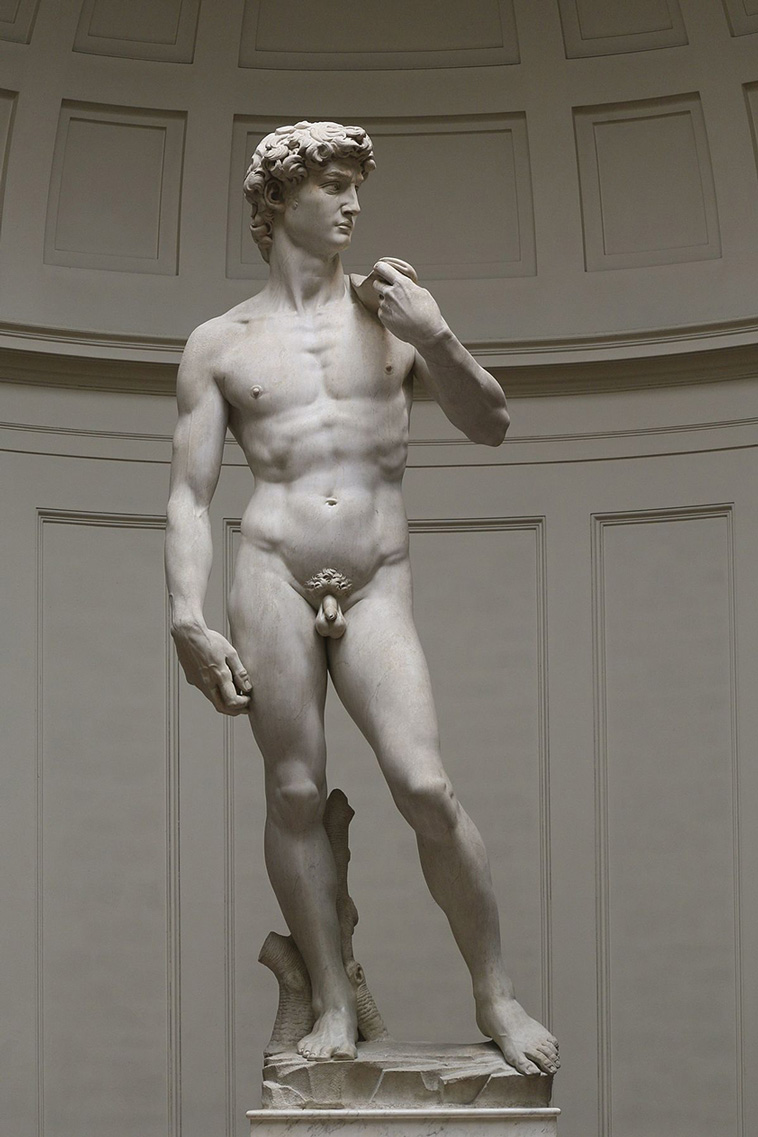 The Baroque artist Bernini was only 23 years old when he began this marble sculpture, but it is still recognized as one of his most remarkable pieces. Based on an ancient Greek myth, The Rape of Prosperina depicts the god Hades capturing the daughter of Zeus, Proserpina. Bernini carved the two figures out of Carrara marble, transforming the stone to resemble supple skin.

This masterpiece by French sculptor Auguste Rodin was originally titled The Poet and was actually meant to be part of a larger composition called The Gates of Hell. The Thinker was actually retitled by foundry workers who found similarities with Michelangelo’s sculpture Il Penseroso (The Thinker) and became an independent work of art. The celebrated sculpture has been cast multiple times, with 28 full figure castings, though many not made during Rodin’s lifetime. The Musée Rodin has the honor of displaying the first full-scale cast of this figure, often used to represent philosophy. 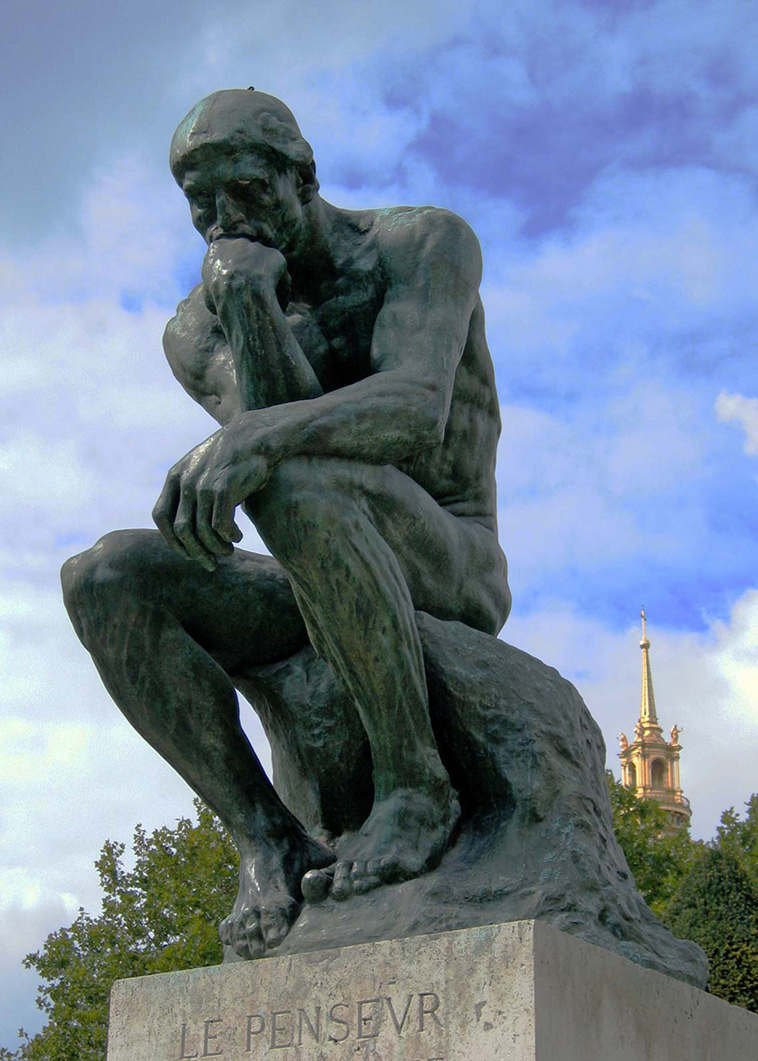