The art of gargoyle is not only an artistic element on the buildings, especially churches, but also it has a practical usage. Gargoyles have a gothic style like grotesques. But unlike grotesques, gargoyles often have an open mouth to help drain away rainwater. A groove is cut along the top of the statue. When rain falls, it travels along this groove and falls through the gargoyle’s open mouth onto the roads below. Keeping the rain away from a building protects its stone walls, so they don’t start to wear away. 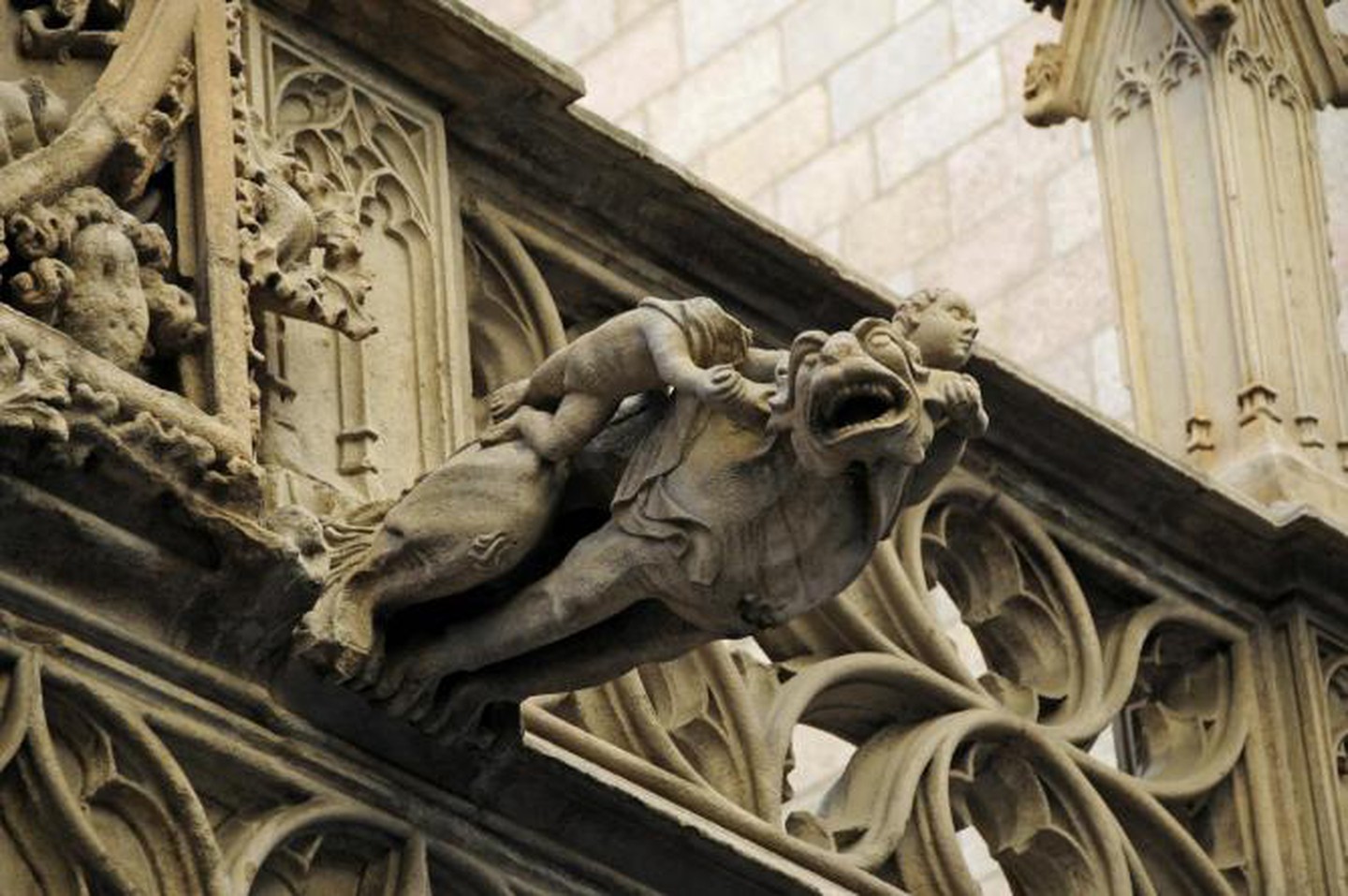 The Origin of The Word Gargoyle

Etymologically, the word gargoyle comes from the French ‘gargouille’, which translates to the word throat. Gargouille also relates to an old French legend. According to the tale, there was a dragon called La Gargouille with a long and twisted neck, a prominent mouth with powerful jaws, terrifying eyes, and enormous wings, who lived in a cave near the River Seine. It fed on humans and sowed chaos, panic, and destruction wherever it went, sinking boats, causing floods, and burning anything that stood in their way.

The people were frightened by its presence. The inhabitants of Rouen offered it a human sacrifice every year to placate its anger. By the year 600, a Christian priest named Romanus reached Rouen and offered to deliver the people from the dragon in exchange for their converting to Christianity and building a church. Finally, La Gargouille was burnt at the stake, with its head and neck hung at the village entrance as a warning and reminder. People began carving the dragon’s head on the sides of buildings, and often onto water spouts, leading to the gargoyles we see on churches and cathedrals today. 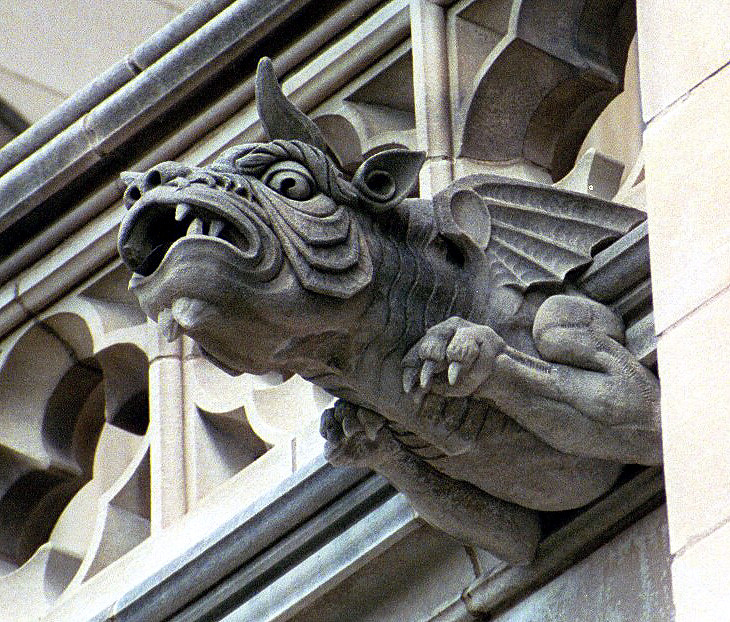 Gargoyles have a long history. It is known that gargoyles became very popular in churches in Europe during the 1200s. The oldest gargoyle which was found on a building is a 13th-century gargoyle in Kayseri, Turkey. It is also known that the ancient Egyptians, Romans, and Greeks carved gargoyles to use as drain spouts on their buildings. 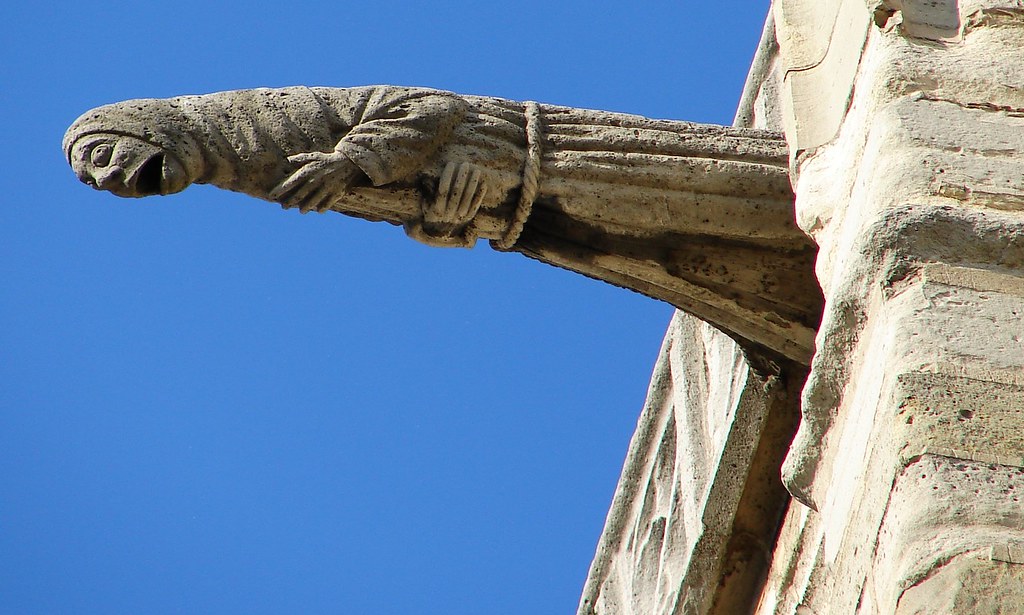 It is a common fallacy that thinking grotesques and gargoyles are the same thing.

While grotesques include all decorative architectural creatures, whether or not they have functioning drainage capabilities, gargoyles always have drainage conduits. Thus, not all grotesques are gargoyles, but all gargoyles are grotesques. 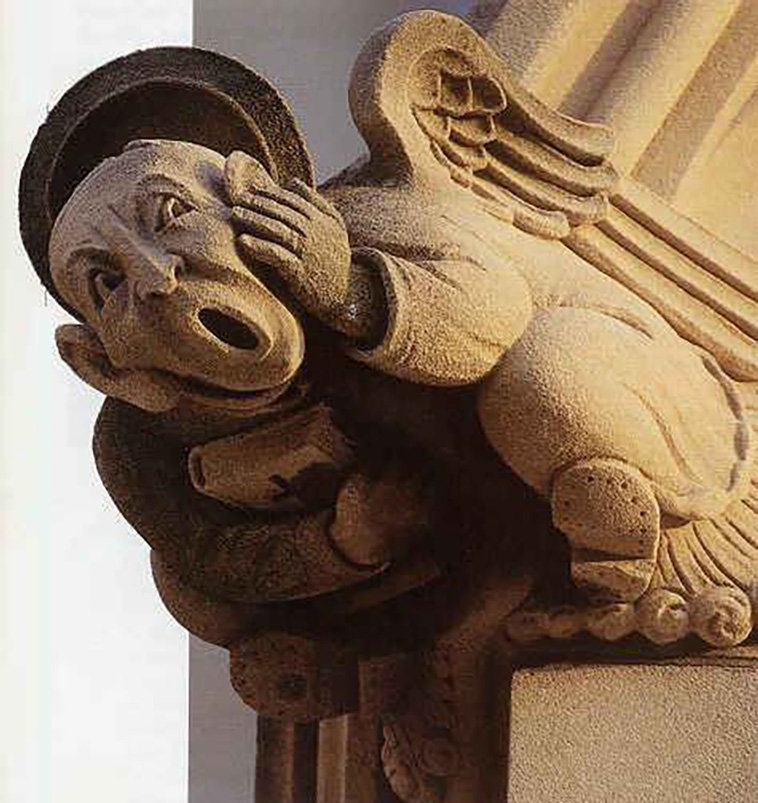 Here are some more pictures of gargoyles: 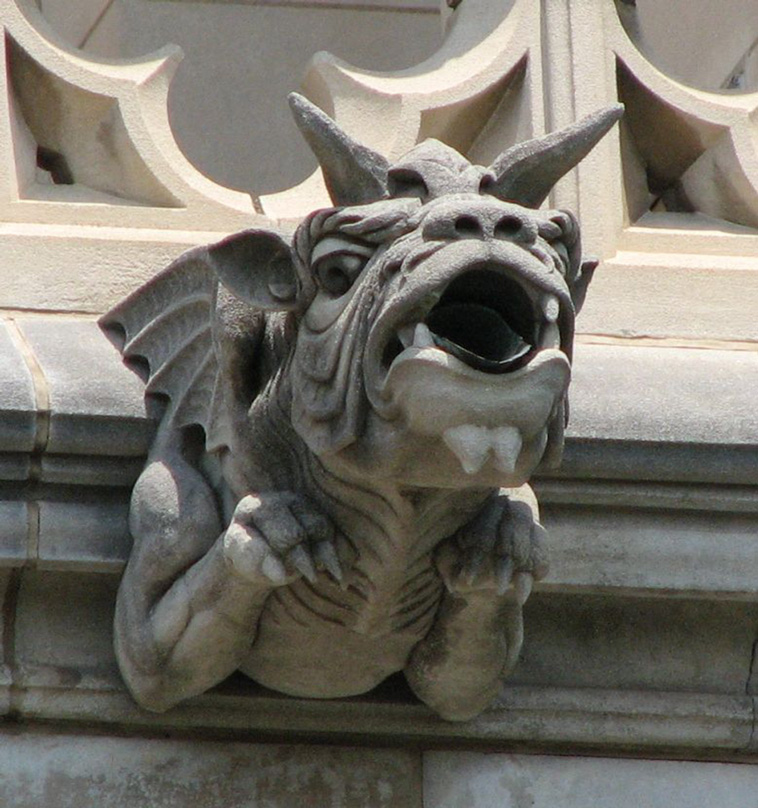 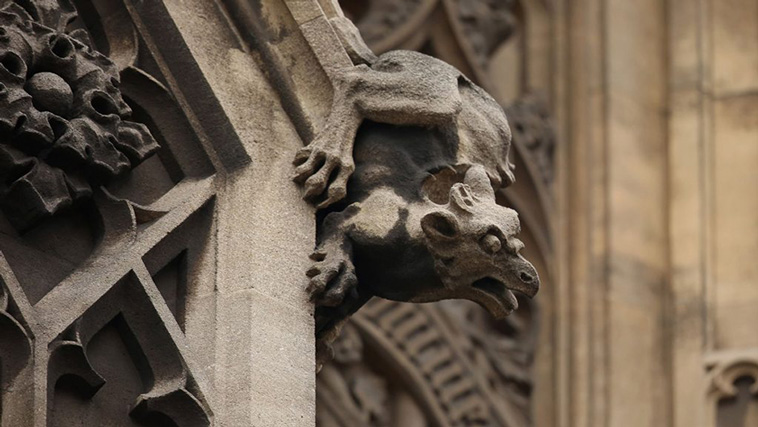 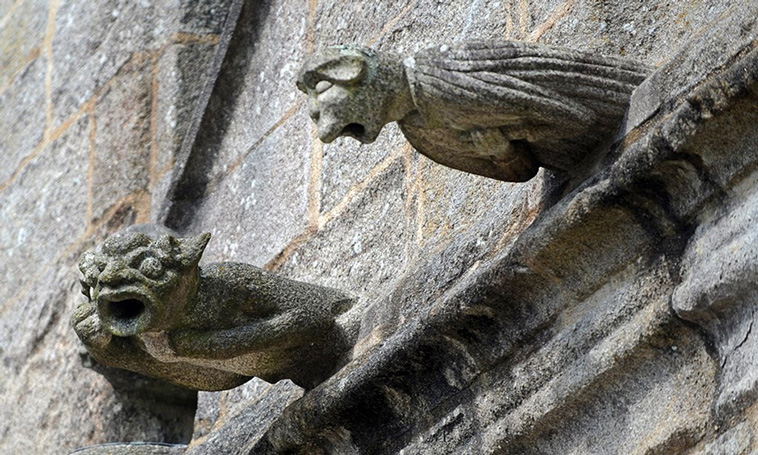 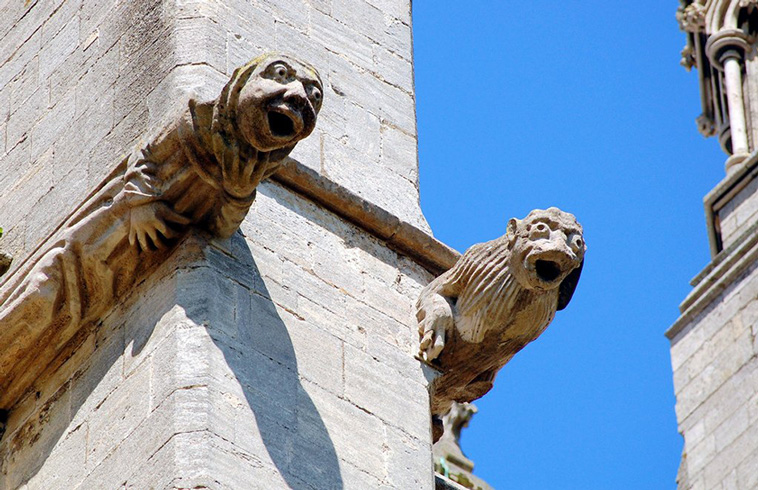 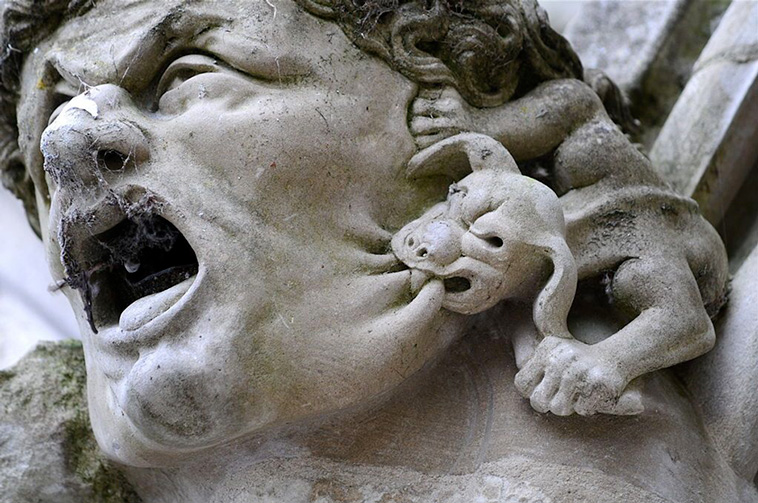 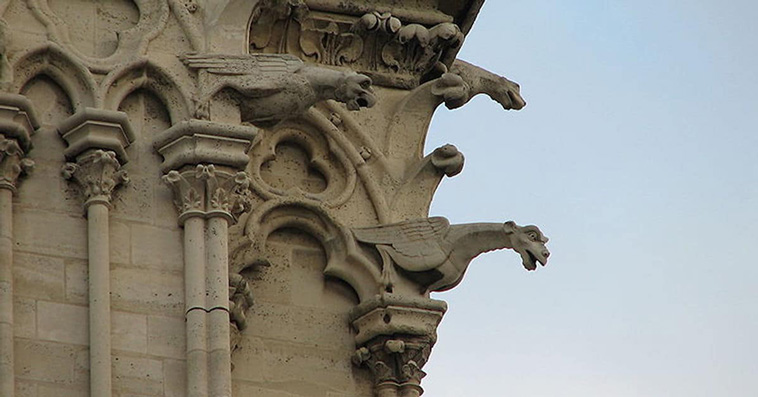 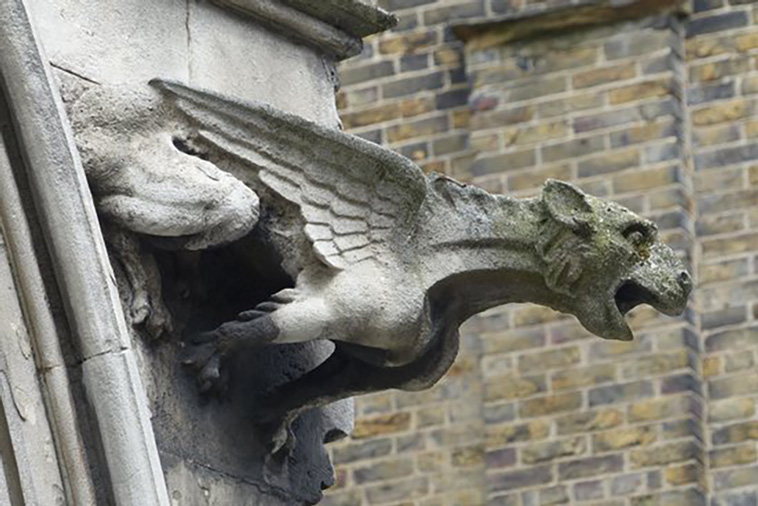 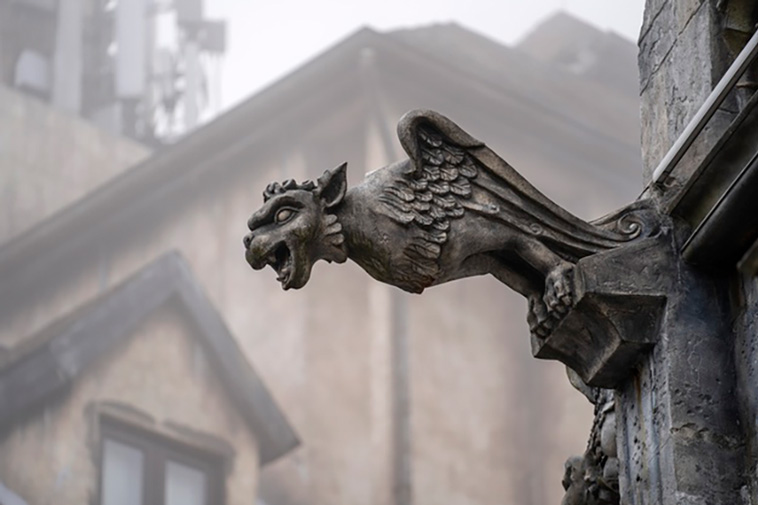 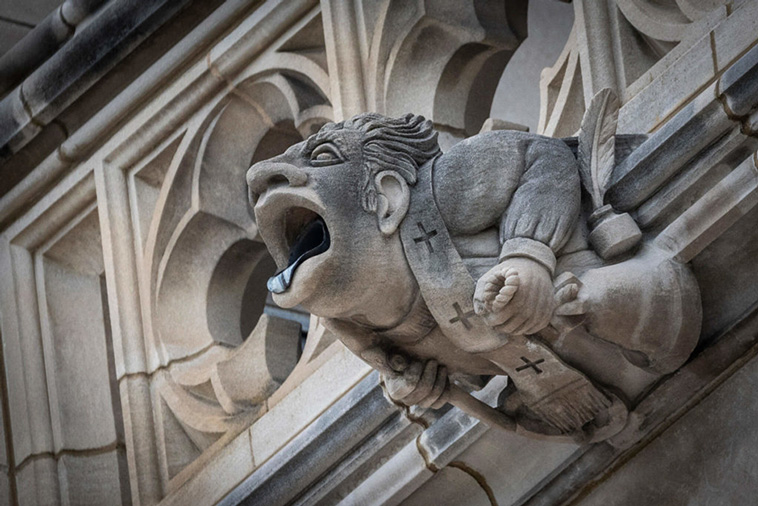 Get Gargoyle Statues from Amazon