STATUE OF LIBERTY, DESIGNED BY FRÉDÉRIC AUGUSTE BARTHOLDI AND BUILT BY GUSTAVE EIFFEL (1876-1886)

Known to symbolize freedom in the United States, the Statue of Liberty is a copper statue that was a gift from the French government and shows a robbed figure representing the Roman goddess Libertas. In her arms, she holds a tablet with the date of the US Declaration of Independence. The idea for the gift was dreamed up by Édouard René de Laboulaye, president of the French Anti-Slavery Society, to celebrate and honor the Union victory in the Civil War and the abolition of slavery. The green patina, now associated with the celebrated sculpture, only appeared after 1900 as the copper oxidized. 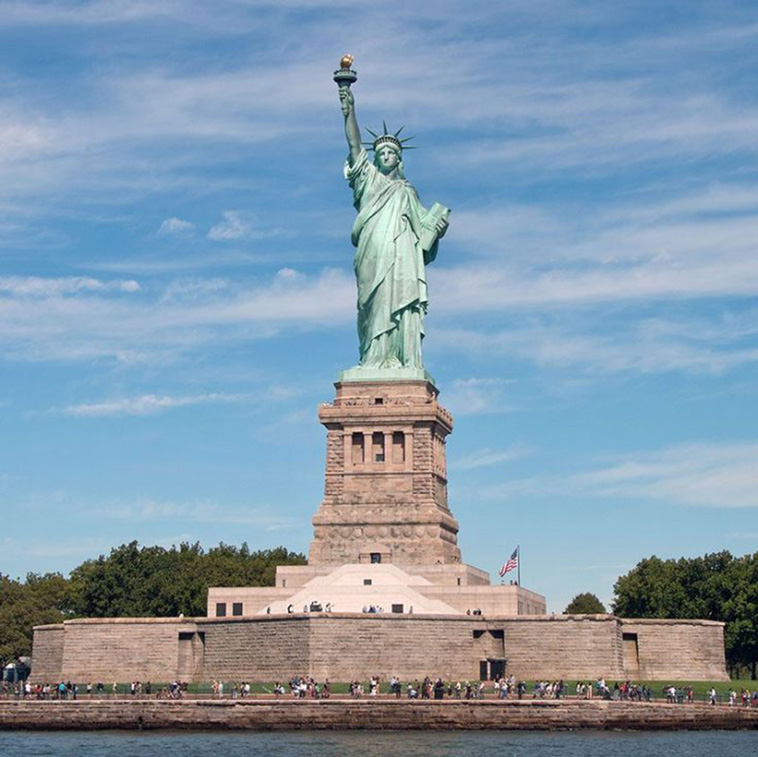 Though he died at 33, Italian artist Umberto Boccioni had an enormous impact on the art world. Helping shape the aesthetics of the Futurist movement, he was interested in the dynamism of form and deconstructing solid shapes. Now located in New York’s MoMA, his Unique Forms of Continuity in Space sculpture is the apex of his ideas. Suggesting a windswept movement, the sleek bronze at once embraces modern machinery, yet is also a nod to the ancient past. Bursting with energy, it fulfills Boccioni’s wish, “Let us fling open the figure and let it incorporate within itself whatever may surround it.” 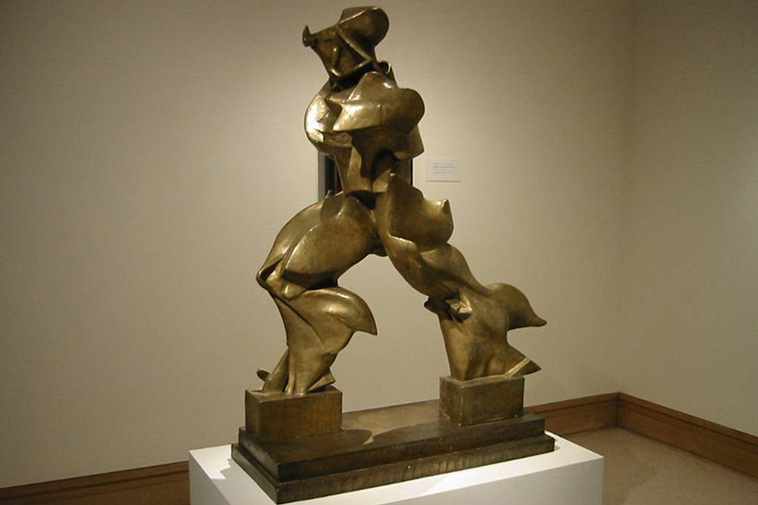 Marcel Duchamp turned the artwork on its ear with his readymade Fountain, a porcelain urinal. The Dada artist first submitted the work to the Society of Independent Artists for an exhibition in New York, but it was rejected. The original, then photographed by Alfred Stieglitz in this studio, is now lost, but Duchamp commissioned numerous replicas in the 1960s that still exist. With this groundbreaking work, Duchamp challenges us to think about whether or not traditional concepts of craftsmanship or aesthetics are important when considering something art. 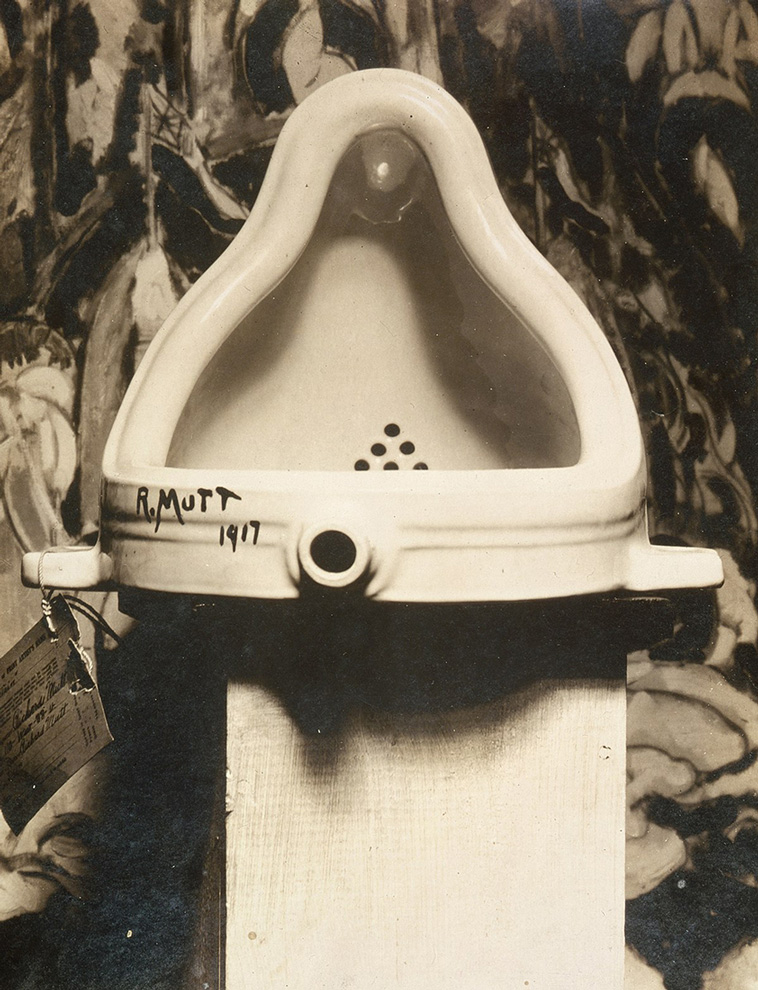 Originally designed to be 10 feet tall, this marble sculpture of the 16th president of the United States was enlarged to 19 feet from head to foot. It depicts Lincoln in contemplation, sitting inside the majestic temple structure that forms the rest of the Lincoln Memorial. 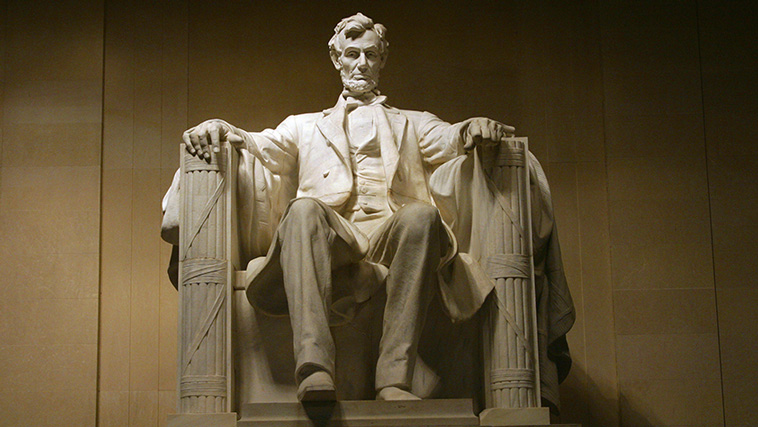 BIRD IN SPACE BY CONSTANTIN BRANCUSI (1923)

Bird in Space is a series of sculptures by Romanian artist Constantin Brancusi, the first being cast in 1923. Seven are made of marble and nine are cast in bronze. Rather than focus on a physical depiction of a bird, Brancusi wished to depict a feeling of movement. Stripping the animal of its wings and feathers, and elongating its beak and midsection, the sleek form emerges. 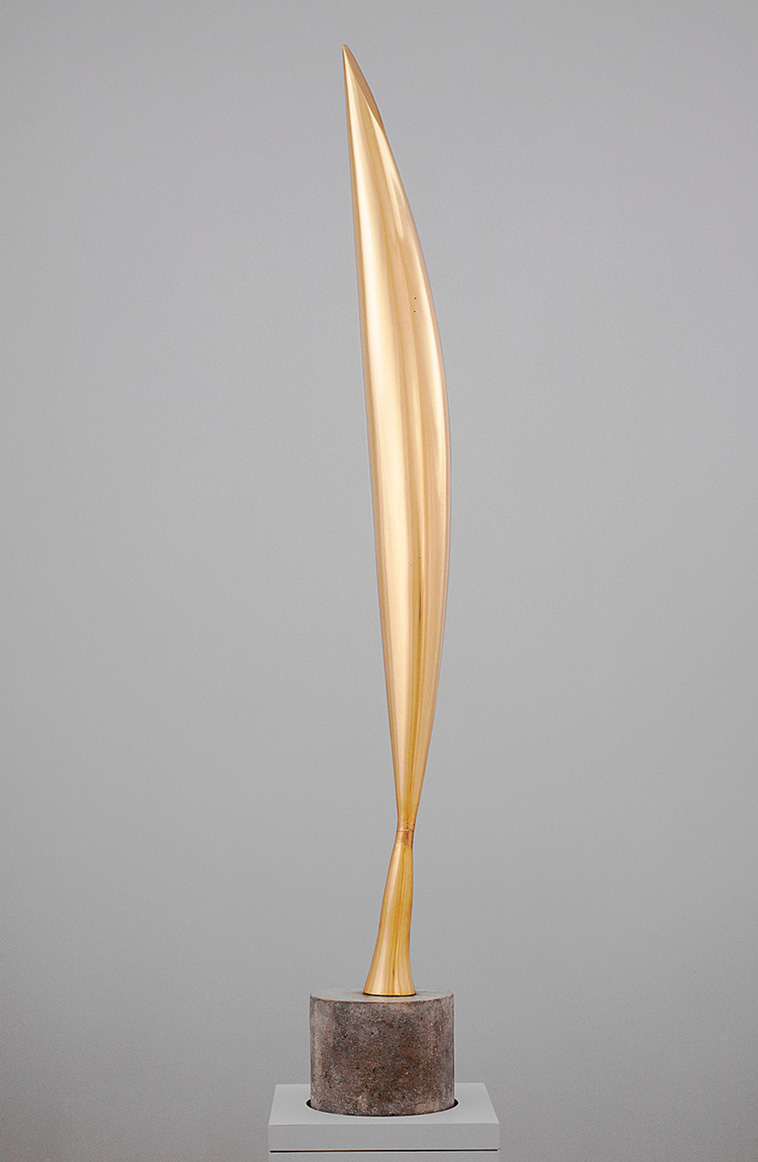 The monument to Yuri Gagarin was built for the 1980 Olympic Games. It stands in Gagarin Square on Leninsky Avenue. The creators of the monument are the sculptor Pavel Bondarenko, architects Yakov Belopolsky, F.M. Gazhevsky, and designer A.F. Sudakov. The monument is made of titanium and mounted on a high ribbed pedestal. The total height of the monument is 42.5 meters (139 ft), the total weight is 12 tons. At the foot of the monument is a copy of the Vostok descent vehicle, which was flown on April 12, 1961, when Yuri Gagarin made the first crewed flight into space. 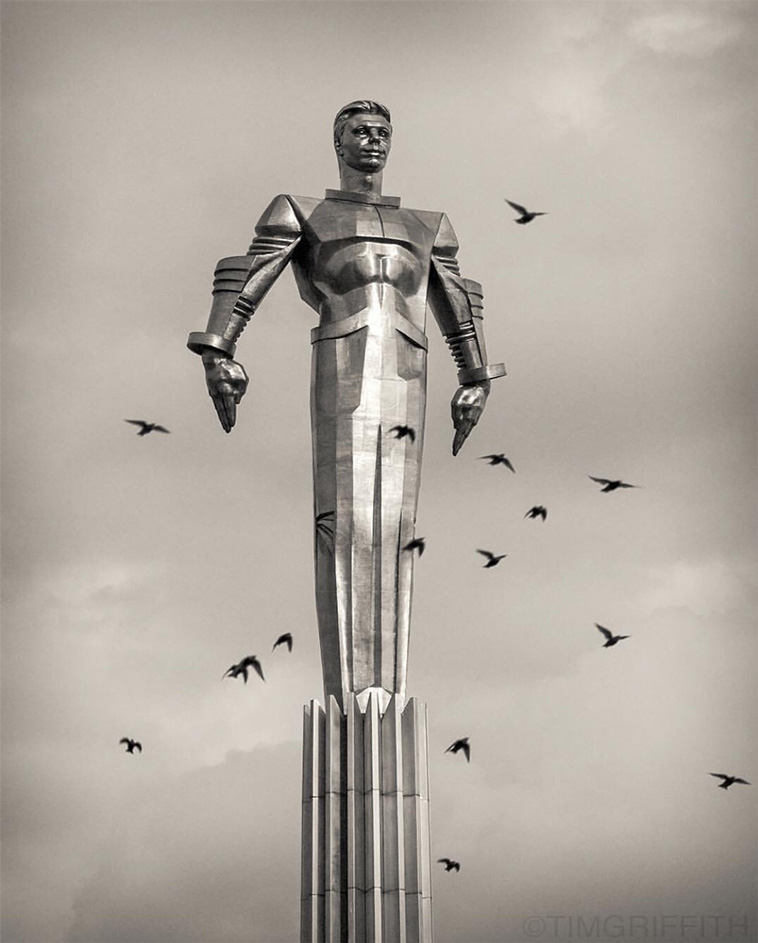 Jeff Koons is responsible for some of the most memorable sculptures of the 20th century. In 2013, his Balloon Dog (Orange), made of stainless steel with a transparent coating, set a record for a living artist when it sold at Christie’s for $58.4 million in 2013. Part of a series that transforms a playful child’s party favor into a monumental sculpture, Koons also created other versions in blue, magenta, red, and yellow. 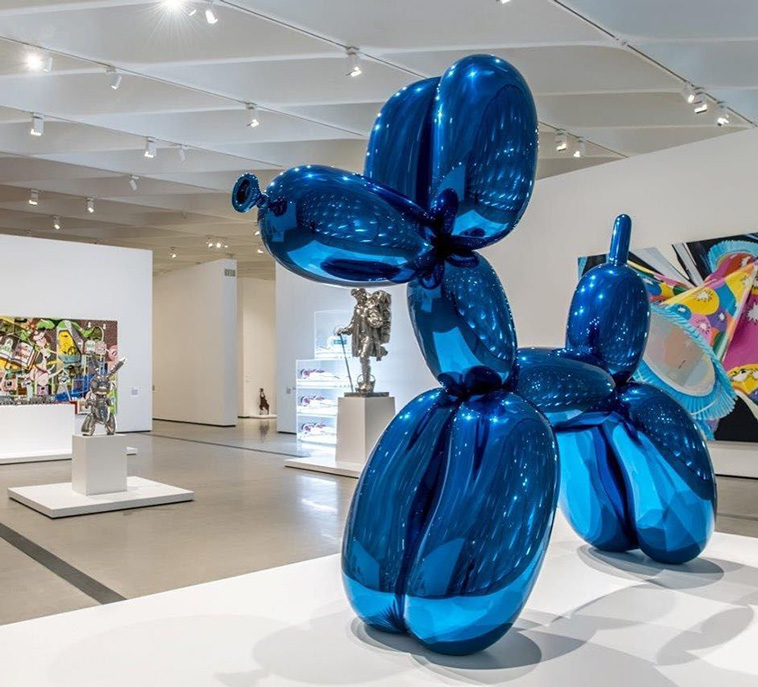 Standing over 30 feet high, Louise Bourgeois‘ Maman at the Guggenheim in Bilbao is a masterpiece that marries physical and psychological power. Impressive in its size, the large spidery sculpture is associated with the artist’s own mother, who worked repairing tapestries. We see the spider, protecting fiercely her sac of 26 marble eggs, provokes fear through her size, but vulnerability through the stilt-like legs, which could seemingly topple at any moment. 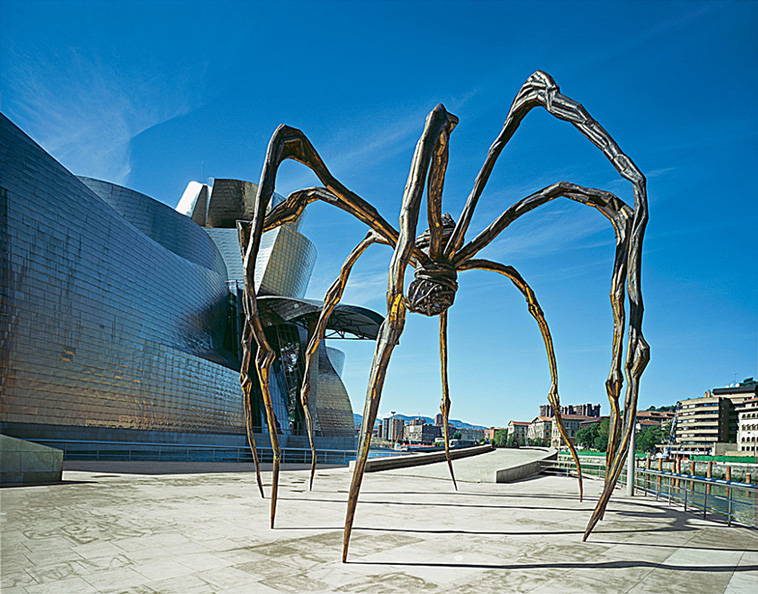 When he’s not stirring controversy by exclusively licensing the blackest black paint on the planet, Anish Kapoor is known for his headline-making sculpture. One of his most well-known pieces, Cloud Gate in Chicago’s Millenium Park, was inspired by liquid mercury. Kapoor won the commission after submitting to a design contest, and though the design was controversial—many believed the seamless design was impossible to construct and upkeep—it’s now become a beloved part of the city. 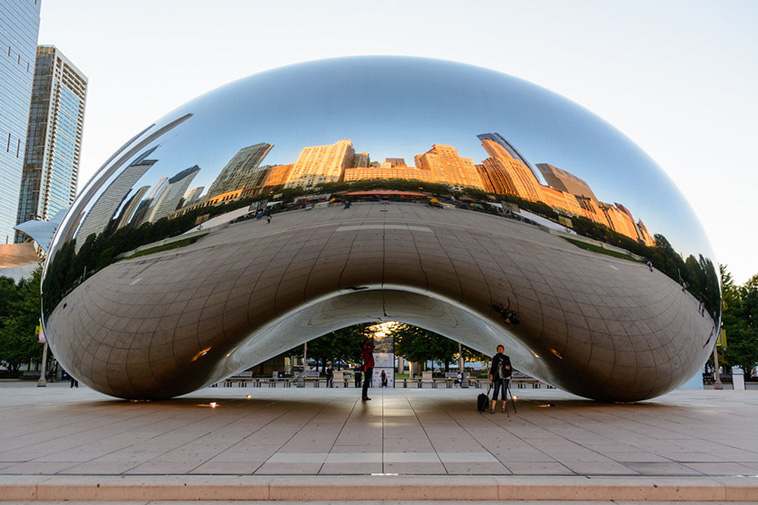