Tihon is a giant Maine Coon cat that loves to cuddle up whenever possible. He never wants to be alone and wants to sit in the arms of the owner, even if the owner is heading to the bathroom! 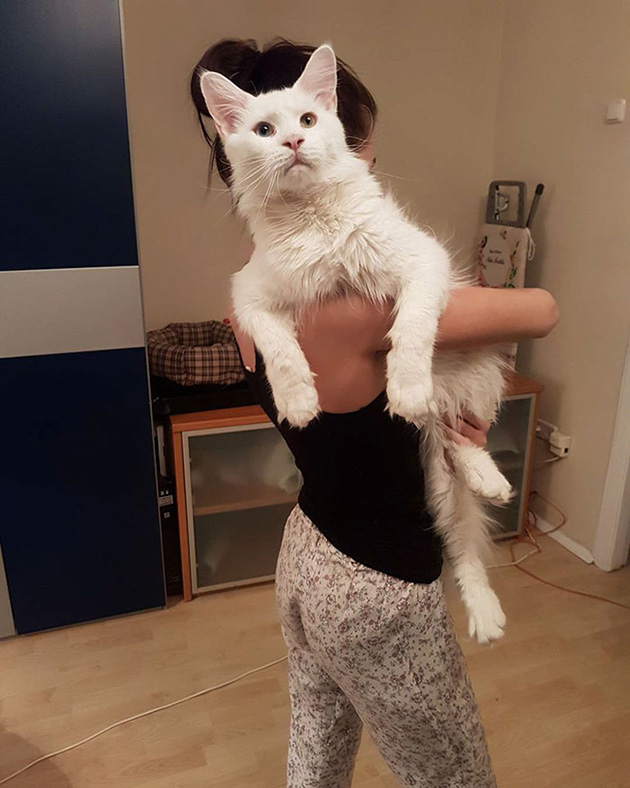 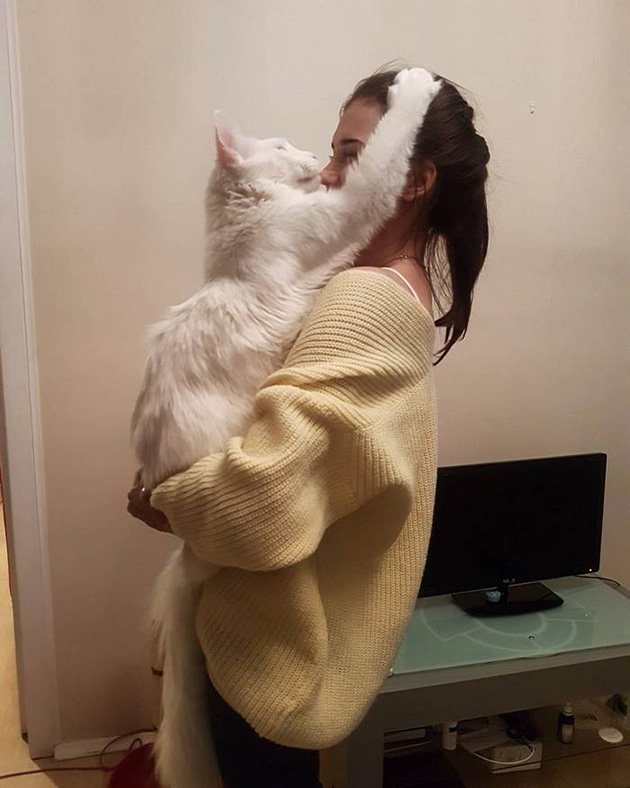 Tihon is Russian and it stands for quiet in Russian; which is precisely why he was named so. Even when he purrs, he does it softly and at every chance he gets, he rushes to his owner. 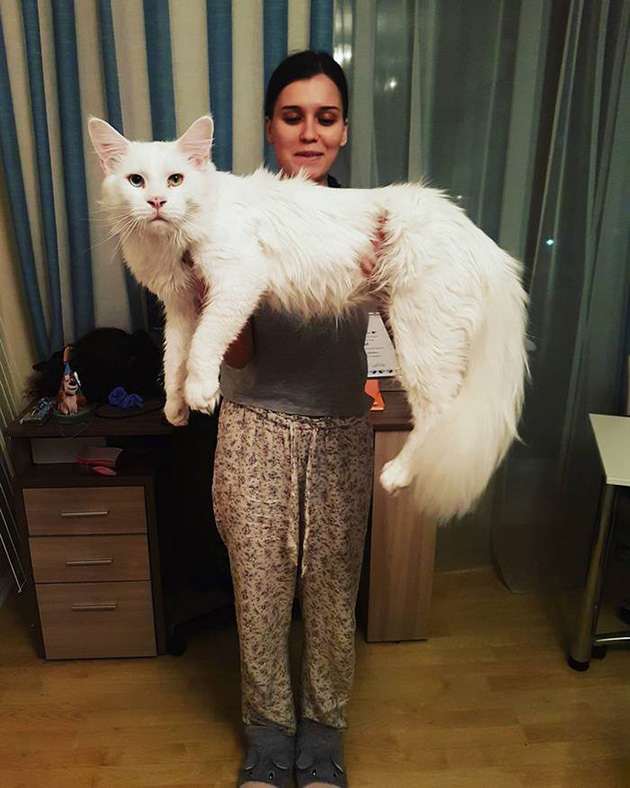 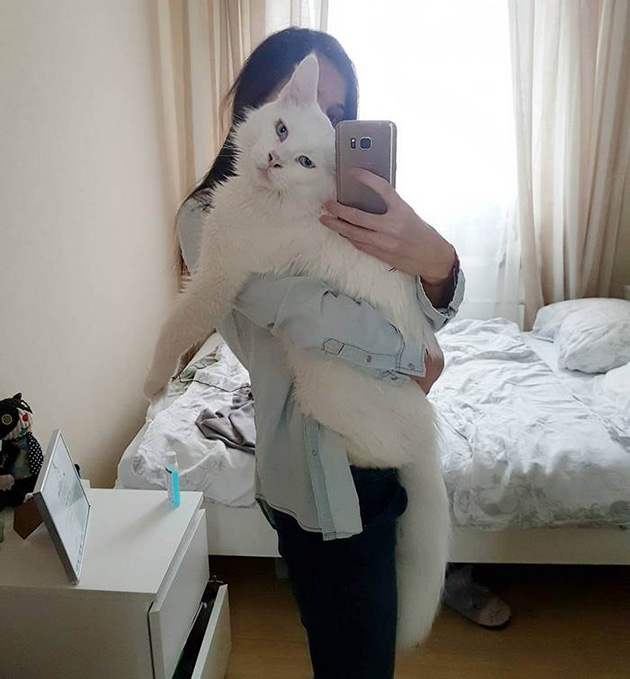 The best part about this kitten is its eyes. It is highly unusual, as he has one blue eye and the other eye is hazel in color. Every day, when the owner comes back from work, he just waits near the door patiently and the moment she is back, the kitty jumps into her lap and will want to cuddle up for a while before he allows the owner to go. 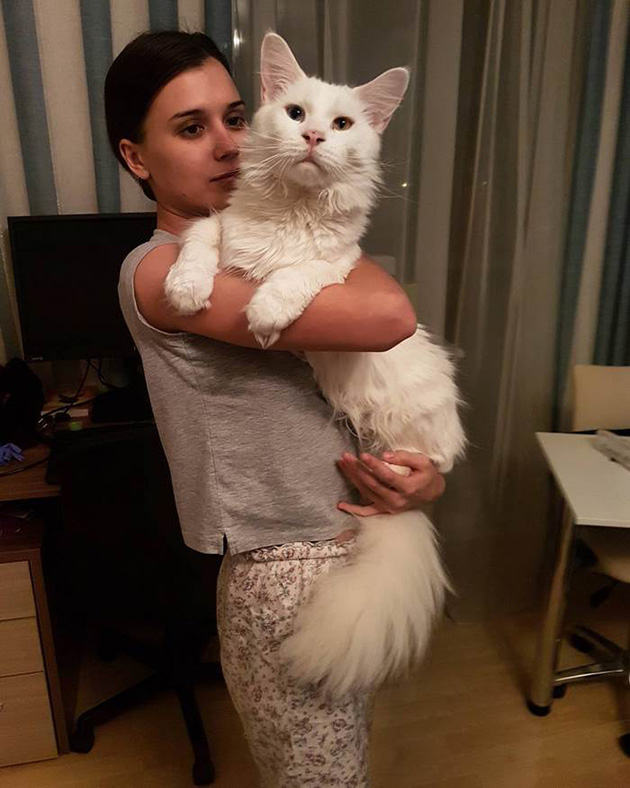 Although Tihon is so huge, he is never behind power and the bossy cat is smaller than Tihon. Tihon has other priorities and as long as he gets the love he wants, he is totally fine with whoever is the boss! 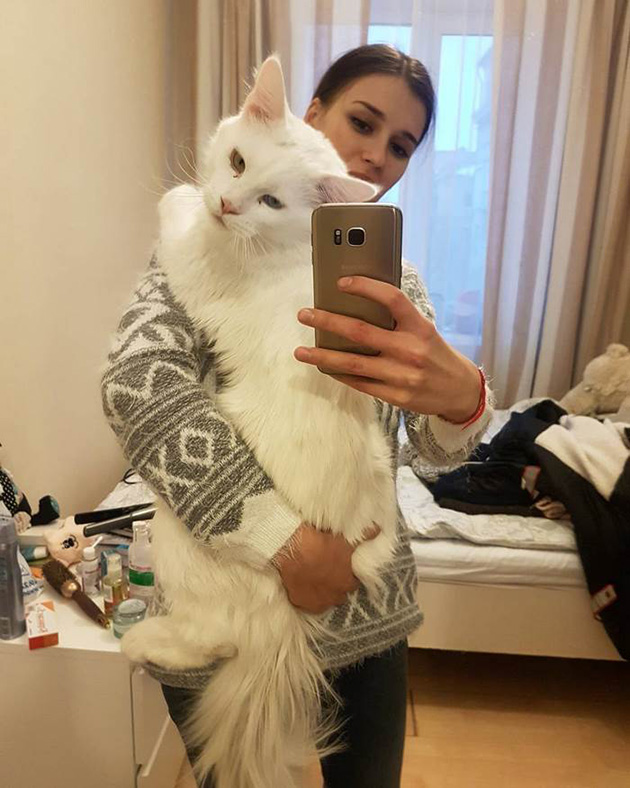 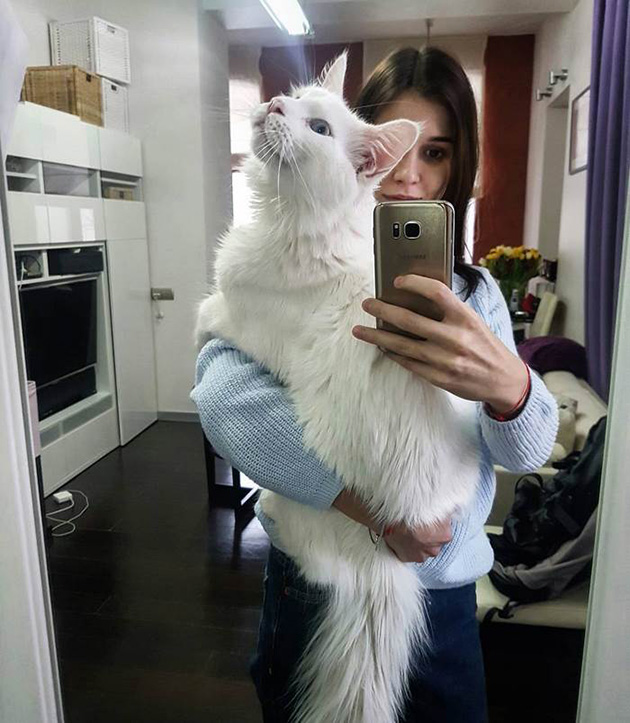