Cotton the cat was alone on the streets, starving, disease-ridden and close to death. His eyes were scabbed over with mange and he was being eaten alive by mites, finding any kind of food without the use of his eyes was next to impossible. But then his guardian angel arrived. Carmen Weinberg, the founder of Animal Friends Project Inc., was heartbroken when she received him, and immediately took him under her care. 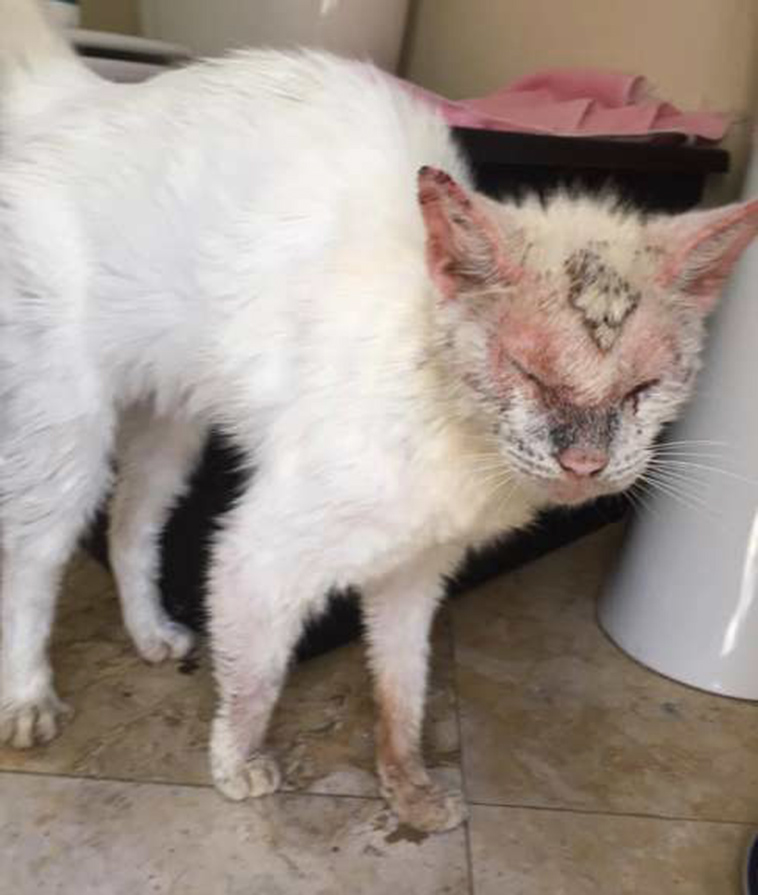 “He couldn’t even see or open his eyes bc the mites were so bad,” Morales, founder of Animal Friends Project, told The Dodo. “It must have been so scary for him out there not being able to see. He was all alone and so skinny because he couldn’t find food.” 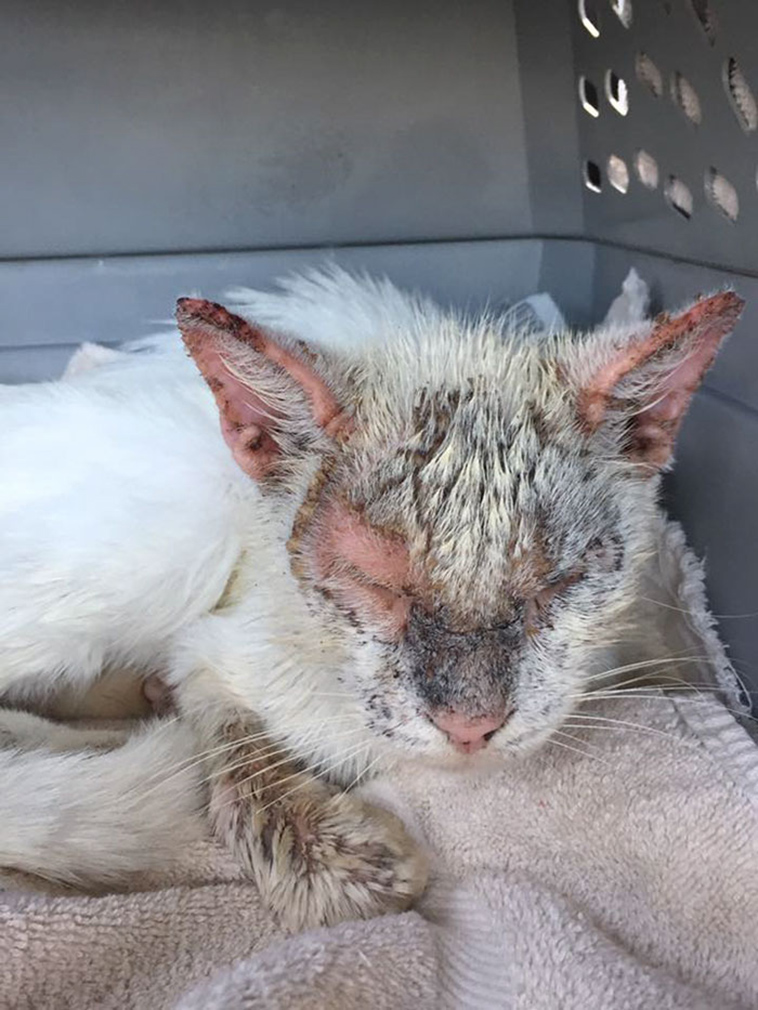 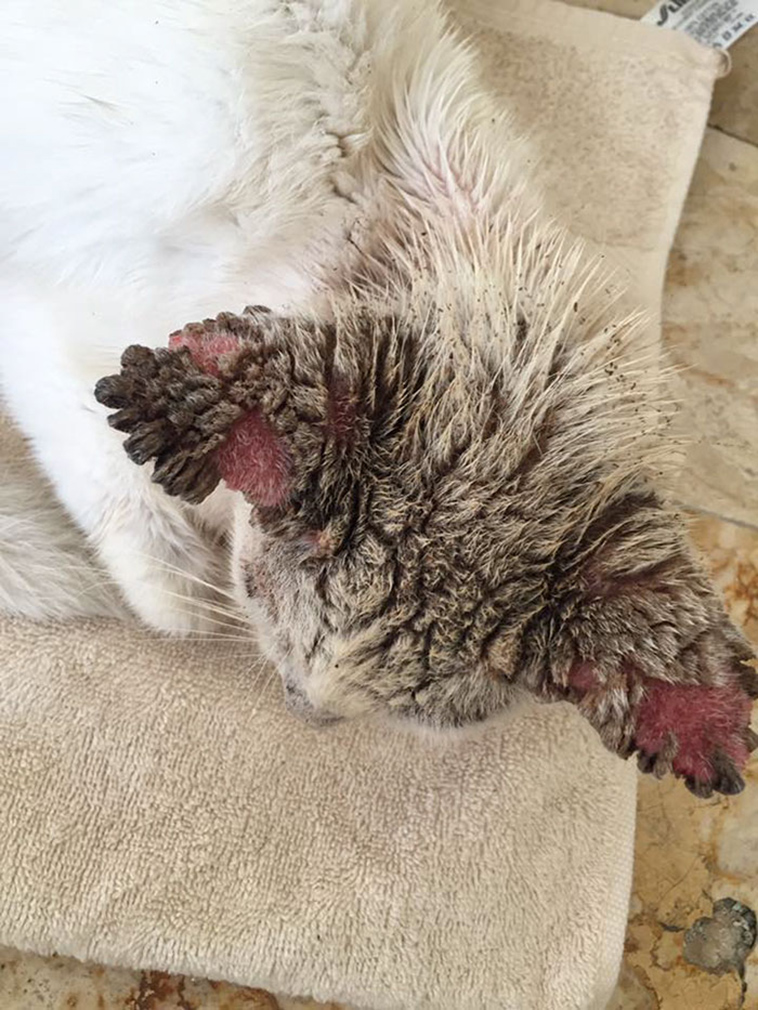 Having cleaned him up, Carmen helped Cotton get his strength back by feeding him hearty meals while tending to his mange with creams, coconut oil, and various antibiotics. “We could just see his tense body start to relax as the days passed,” she said. “He was finally able to rest without scratching so much.” 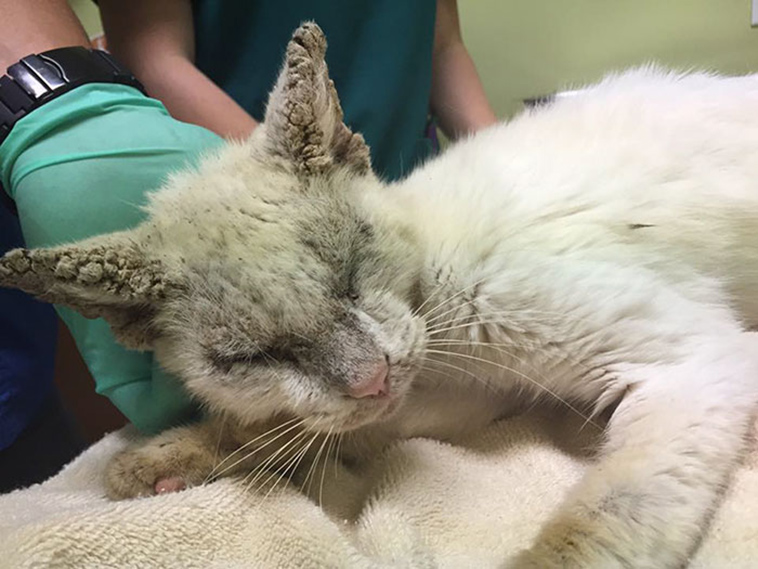 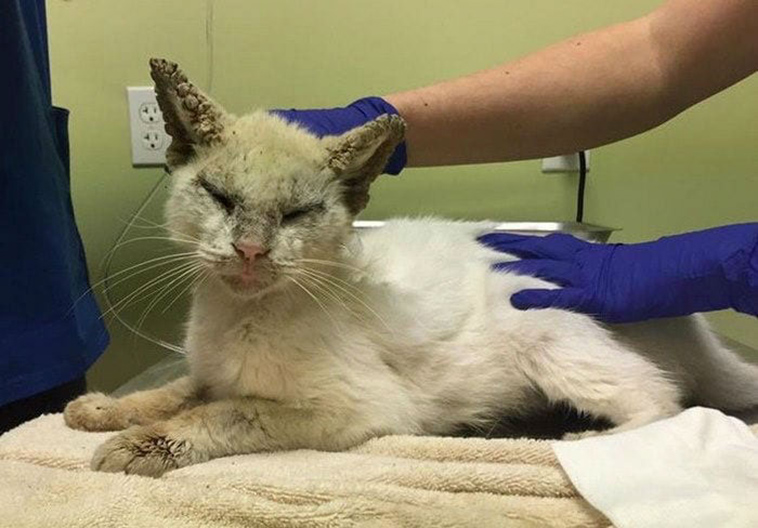 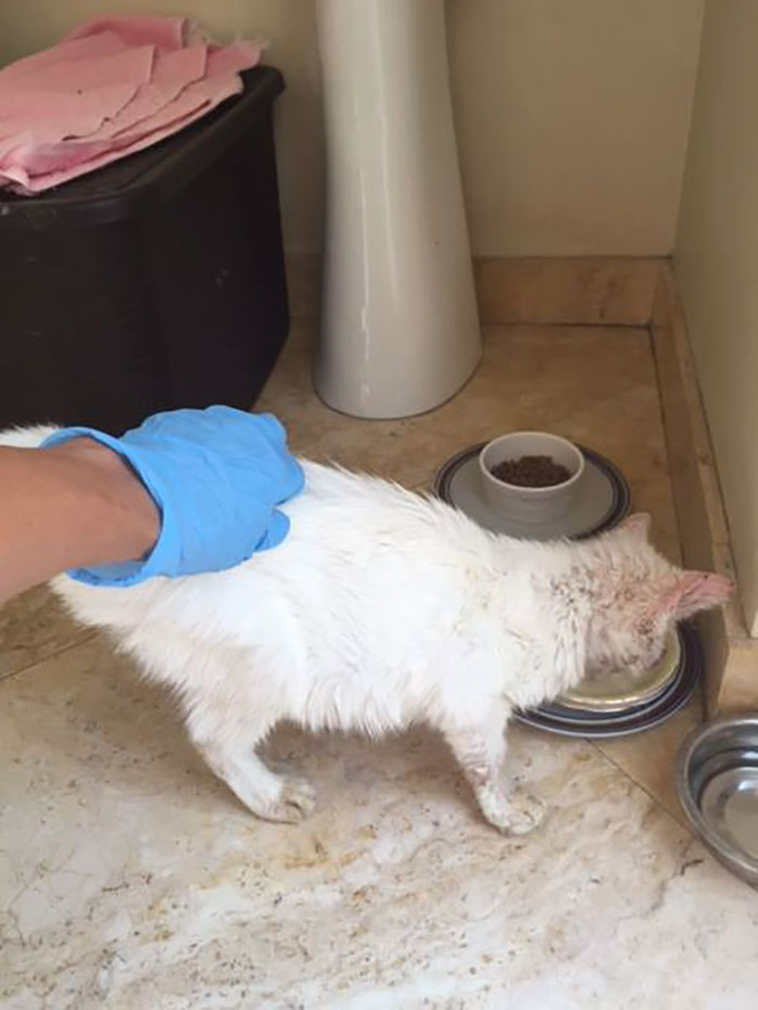 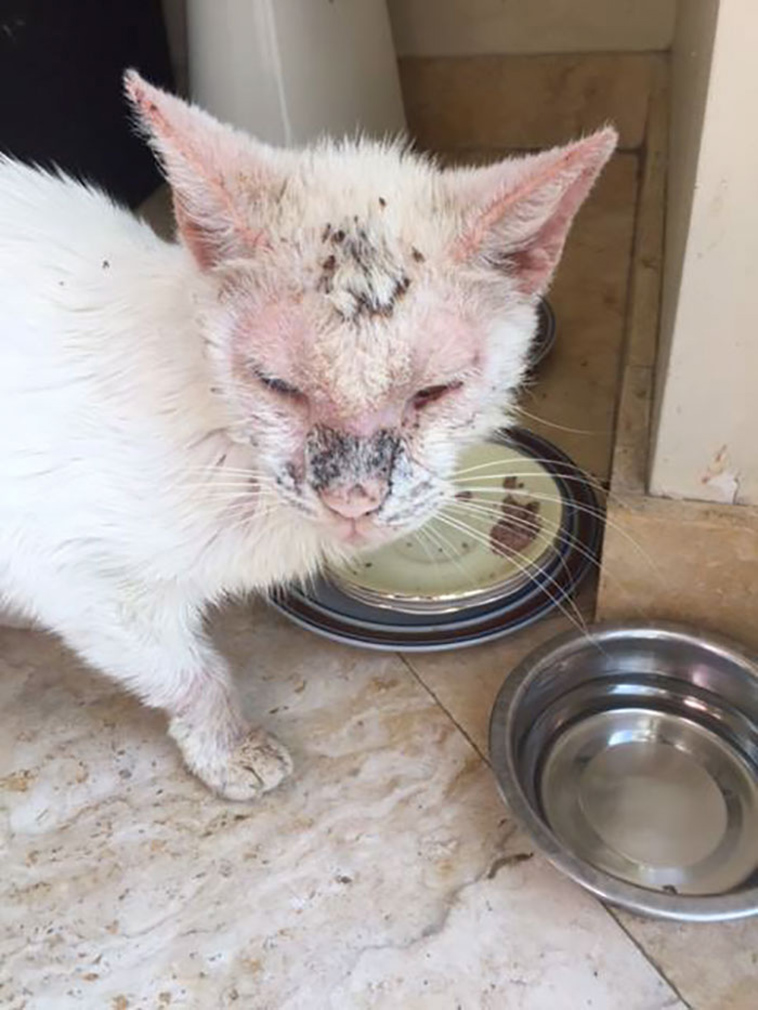 With lots of care, Cotton has finally opened his eyes

Not only were Cotton’s eyes healed, but they were also stunning. One eye was bright blue, while the other was hazel.

As the months passed, Cotton finally overcame his health issues and looked like an entirely different cat. 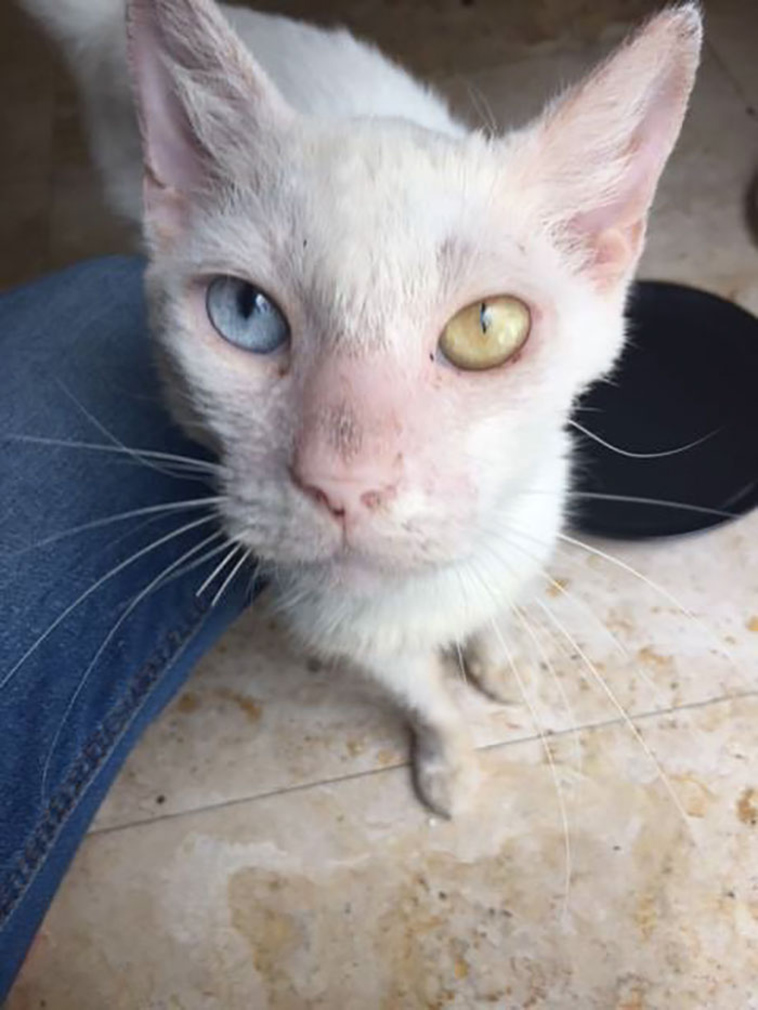 “We thought he was blind, and that he would be blind forever,” Morales said. “The vet thought that even when his eyes recovered they might be damaged, but they weren’t. It was such a wonderful surprise. His eyes were just beautiful.” 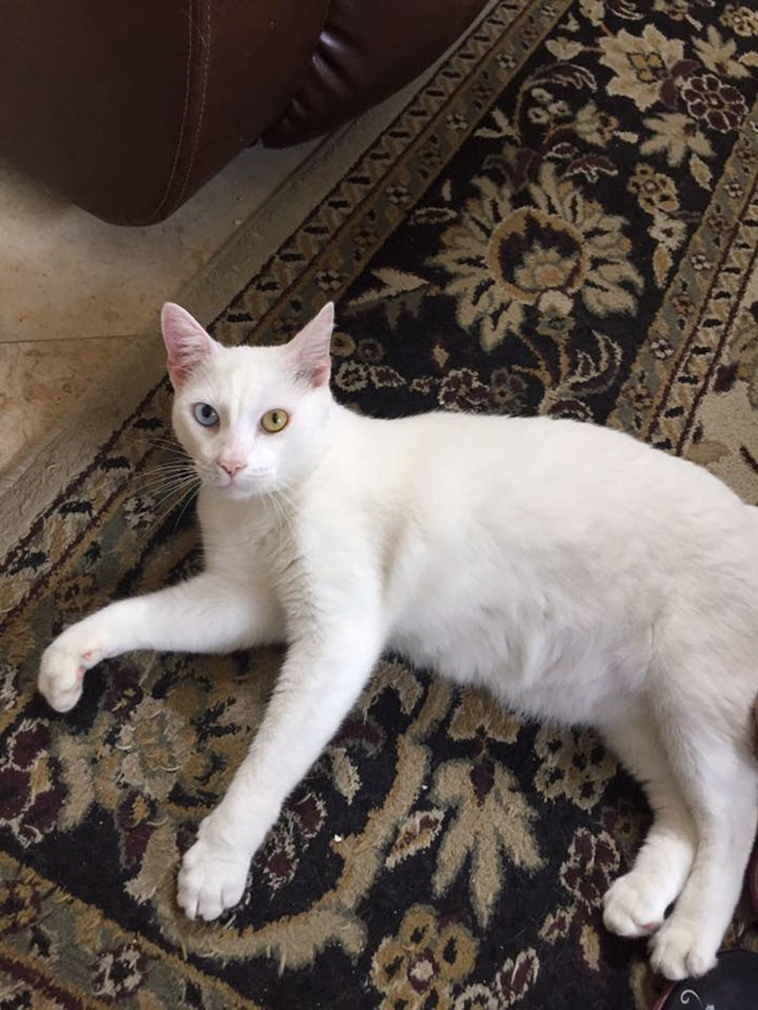 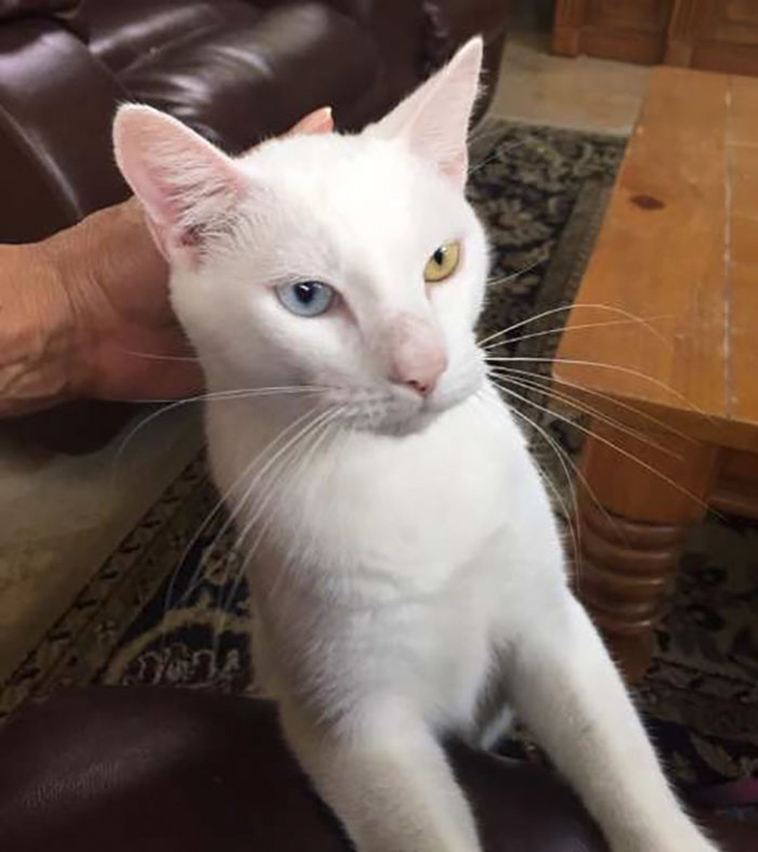 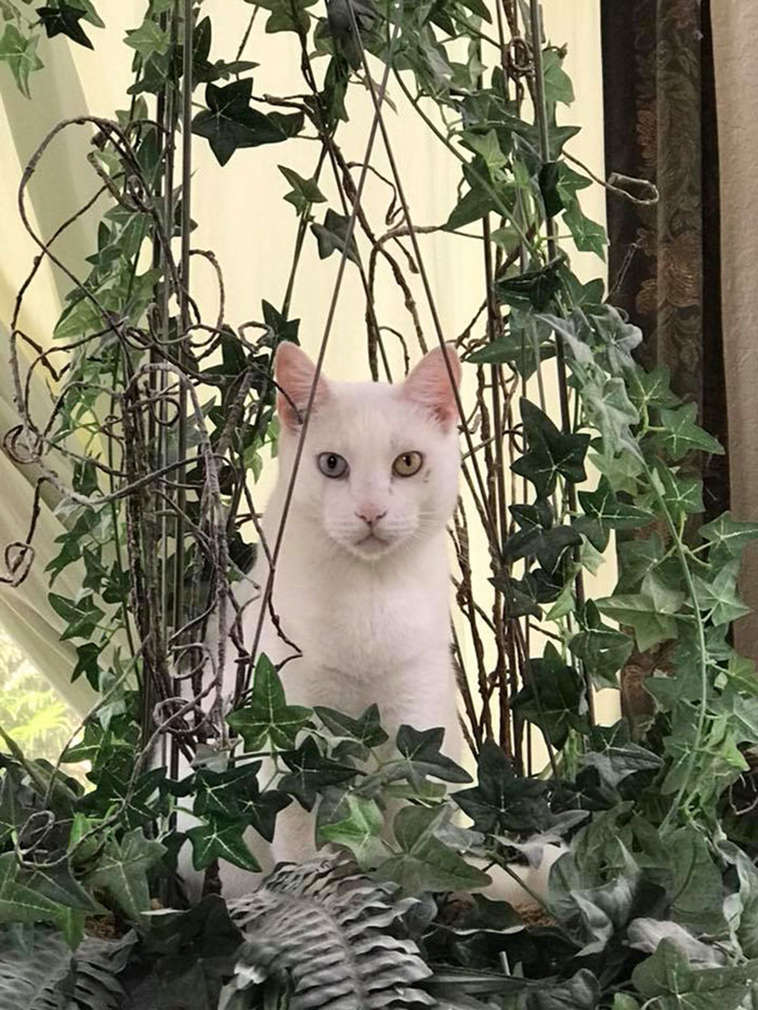 “If I go into another room, he waits outside the door talking,” Morales said. “He sleeps with me, he stays by my side all of the time … He and I have a wonderful relationship. He’s a good communicator and loves meowing at me.” 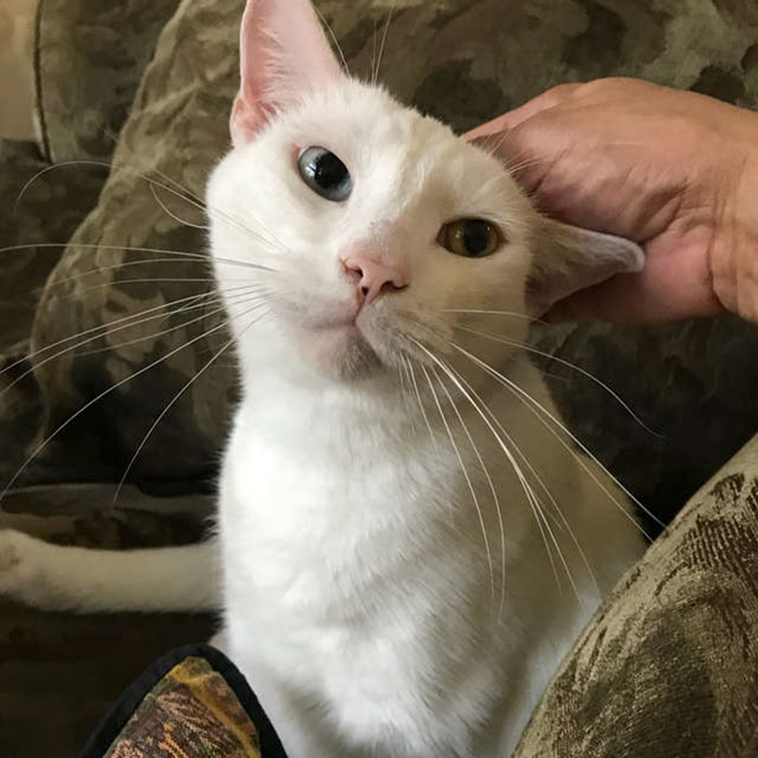 “He is so beautiful and just the perfect companion for our family,” Morales said. “Cats like Cotton depend on people to heal because they cannot always ask for help … I’m sure so many people passed him by because of how sick he looked, but he was just waiting for someone to give him a chance.” 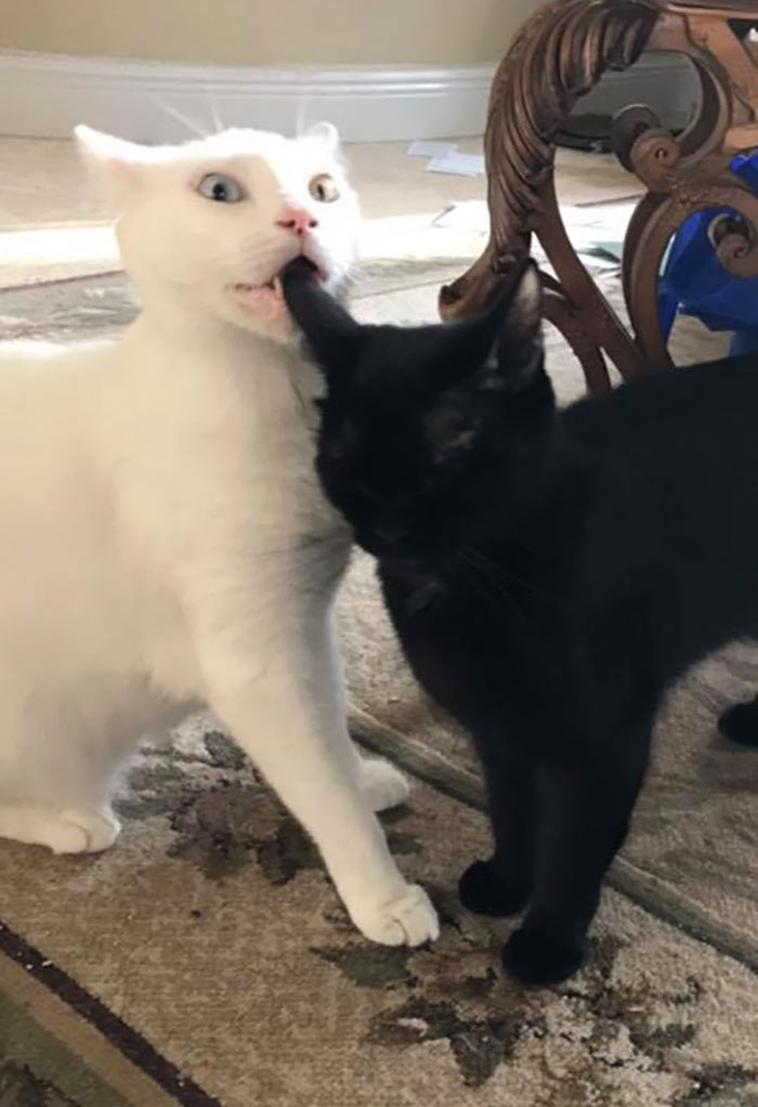 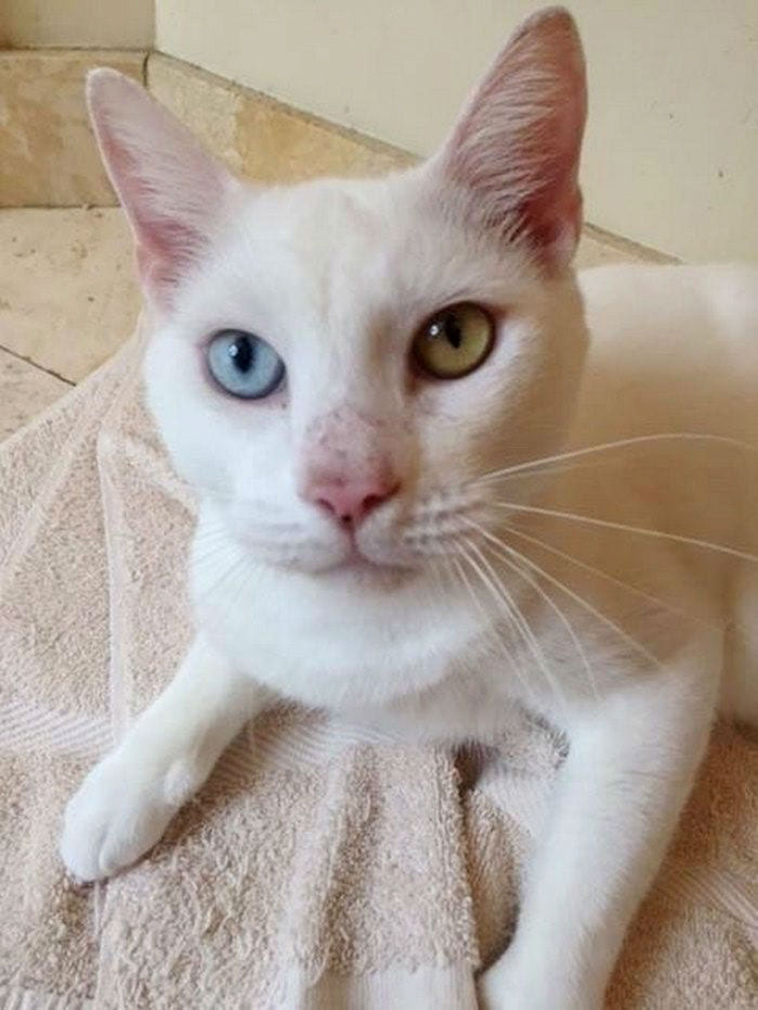