Here are some interesting black and white photos of Lou Reed, Mick Jagger, and David Bowie was taken by photographer Mick Rock at the Cafe Royale after Ziggy Stardust’s last “live” performance at Hammersmith Odeon in London in 1973. 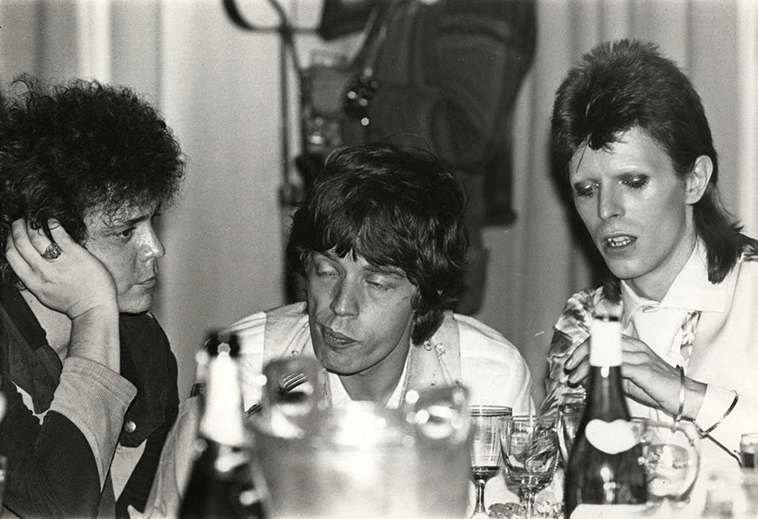 The guest list of those who attended was a virtual Who’s Who of top music and film celebrities in London at the time and included: Paul McCartney and his wife Linda, Keith Moon, Lulu, Tony Curtis, Peter Cook and Dudley Moore, The Goodies, Cat Stevens, Ringo and Maureen Starr, Mick and Bianca Jagger, Jeff Beck, Lou Reed, Barbra Streisand (she was in London to film a TV special), Ryan O’Neil, Sonny Bono, Elliot Gould, Britt Ekland, Spike Milligan, Hywel Bennet, D.A. Pennebaker and Dr John who supplied the live music for the evening. 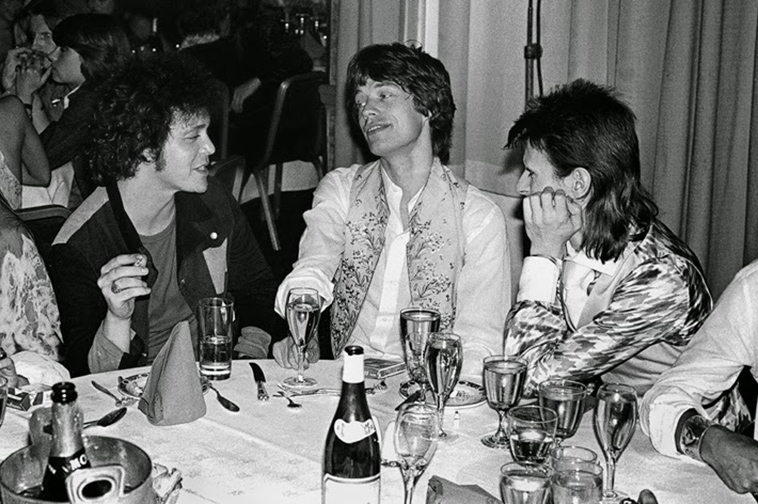 “I’ve just remembered that I never told you about the party I had at the Café Royal after my last concert, so I’ll make this week’s letter about that… Oh, what a night it turned out to be! Mick Jagger, Lou Reed, Jeff Beck, Lulu, Spike Milligan, Dana Gillespie, Ryan O’Neal, Elliott Gould, Ringo Starr and Barbra Streisand… all there at my last concert party at the luxurious Café Royal – everyone looking so lovely in their sparkling evening clothes and colorful make-up… dancing, sipping champagne and tasting delicious salmon and big fresh strawberries and cream. The disc jockey played lots of really good soul and rock ‘n’ roll records, and the dance floor was absolutely packed all night.” – David Bowie recalled. 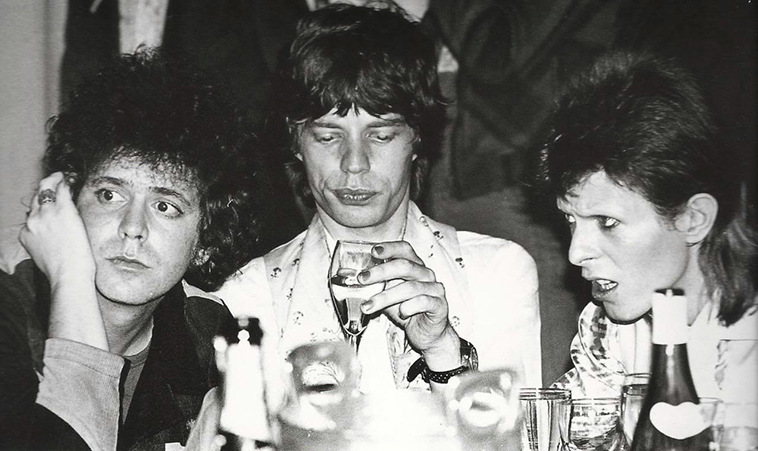 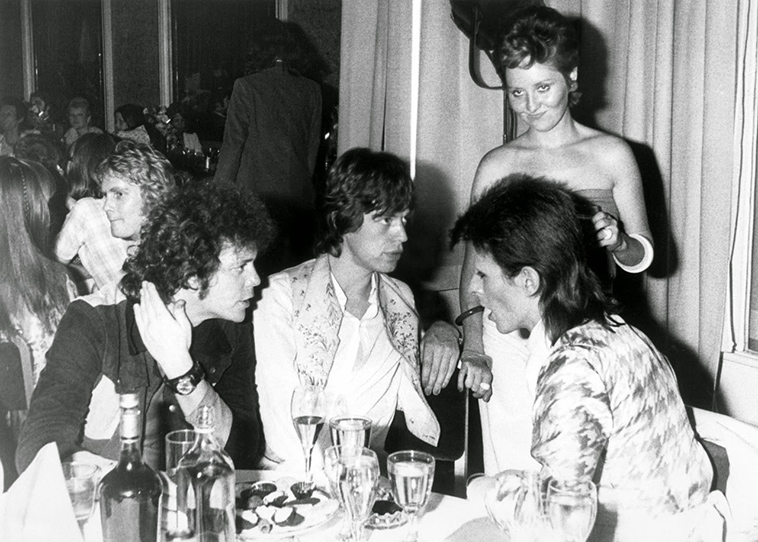 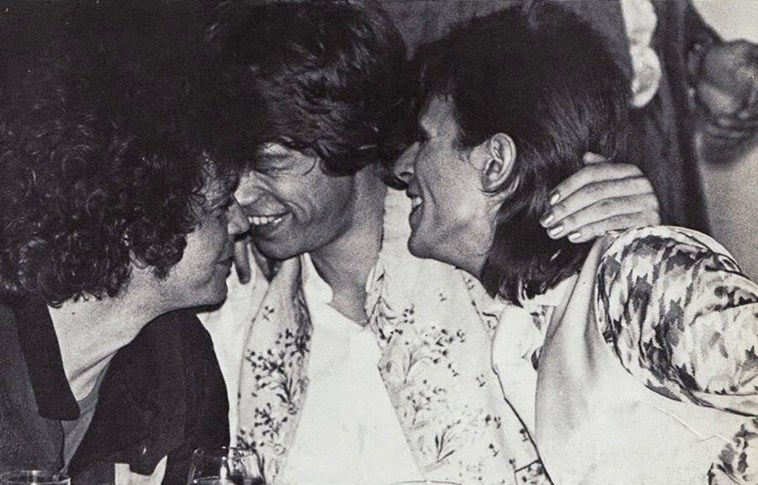 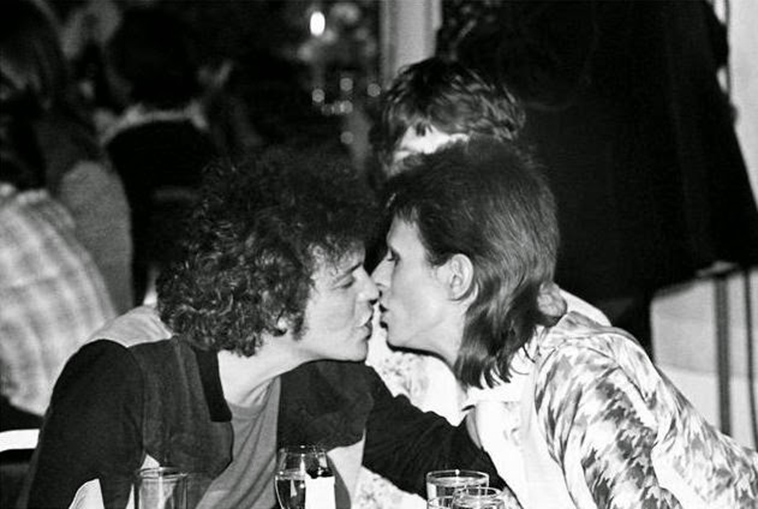 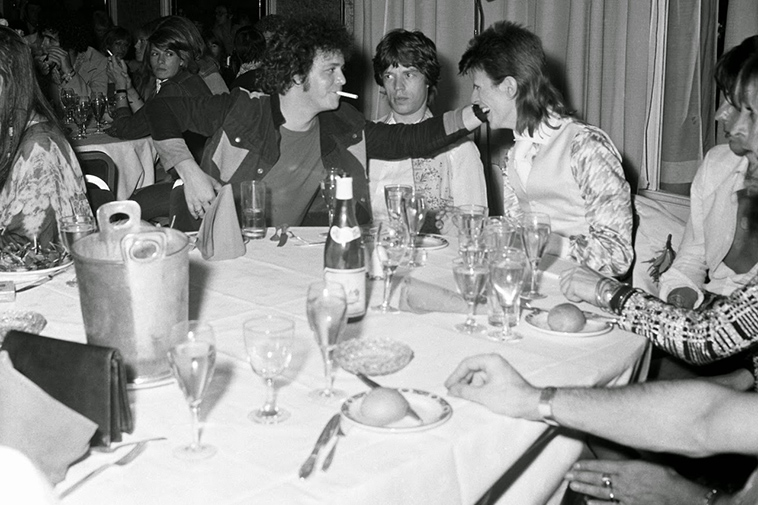 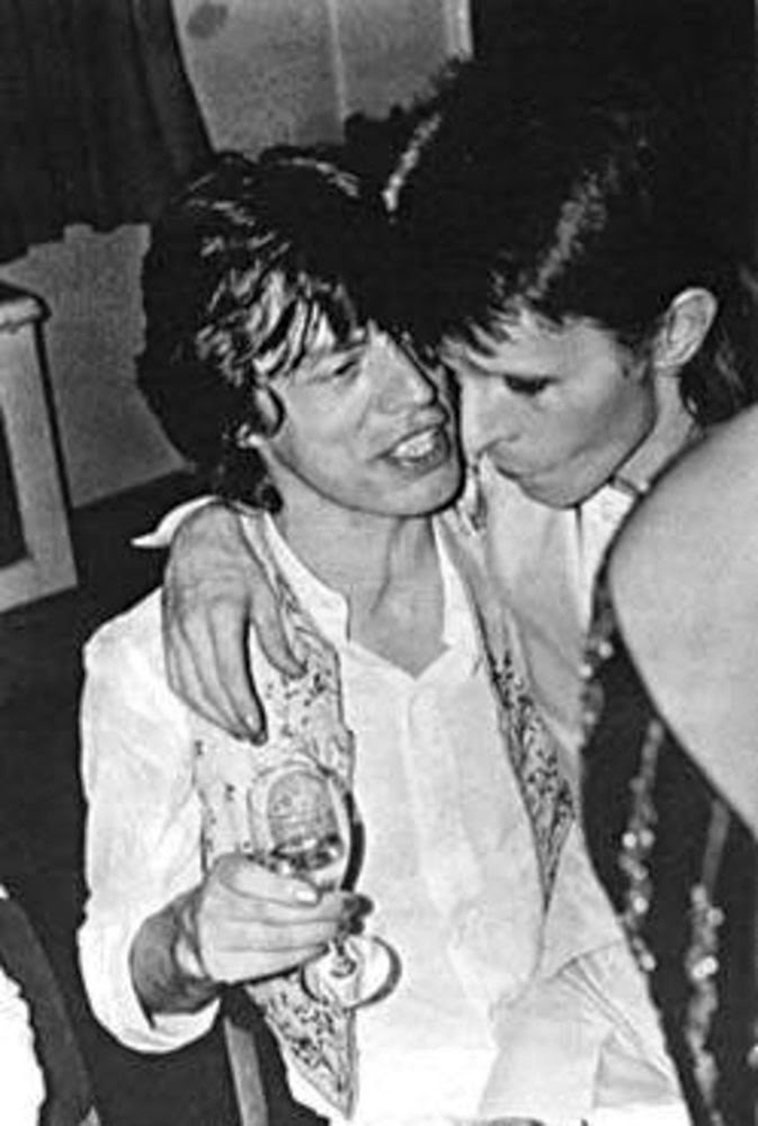 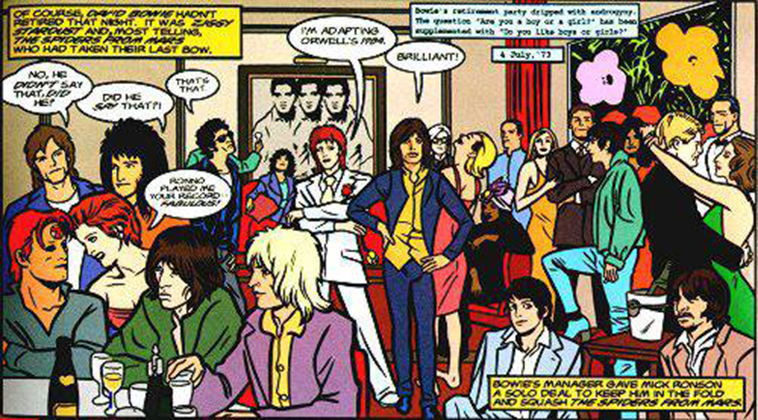