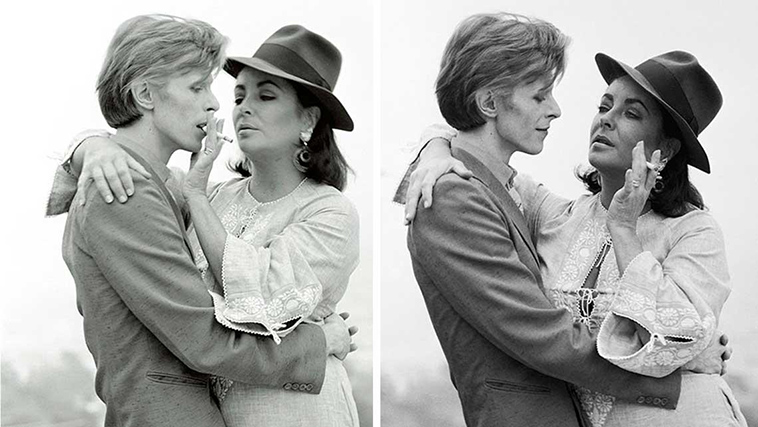 When Elizabeth Taylor was working on the 1976 American/Soviet fantasy film The Blue Bird and wanted David Bowie to audition for a role, she asked her good friend Terry O’Neill to set up an introduction. O’Neill arranged a meeting at The Blue Birds director George Cukor’s house in Beverly Hills, to which Bowie arrived two hours late. As O’Neill recounted later, Liz was pretty annoyed and on the verge of leaving. But we managed to persuade her to stay. To break the ice when Bowie finally arrived, O’Neill started taking pictures. Bowie did not get the role, but this iconic shot of an iconic encounter remains. Terry O’Neill came to prominence in the 1960s with the new generation of photographers including David Bailey and Brian Duffy who rejected the static formality of the posed photographs of the 1950s and went instead for spontaneity and unusual settings. Terry O’Neill worked with David Bowie a number of times creating some of the most striking images of him. 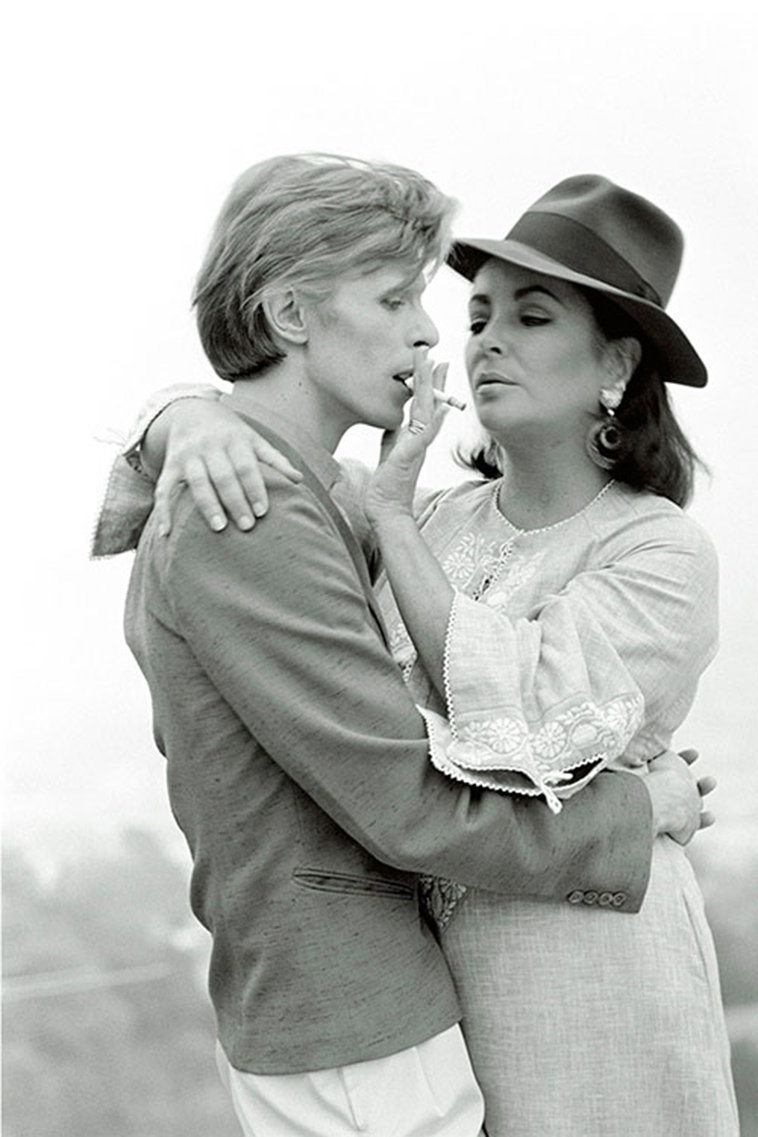 The film would be shot on location in Moscow and follow the strange tale of two peasant children in search of the Blue Bird of Happiness. The story would involve a hat with a magic diamond that allowed the children to call forth the souls of any object or human, both living and dead.

It was a bizarre project that would end with most of the stars suffering from dysentery and dehydration due to poor living conditions in Russia. 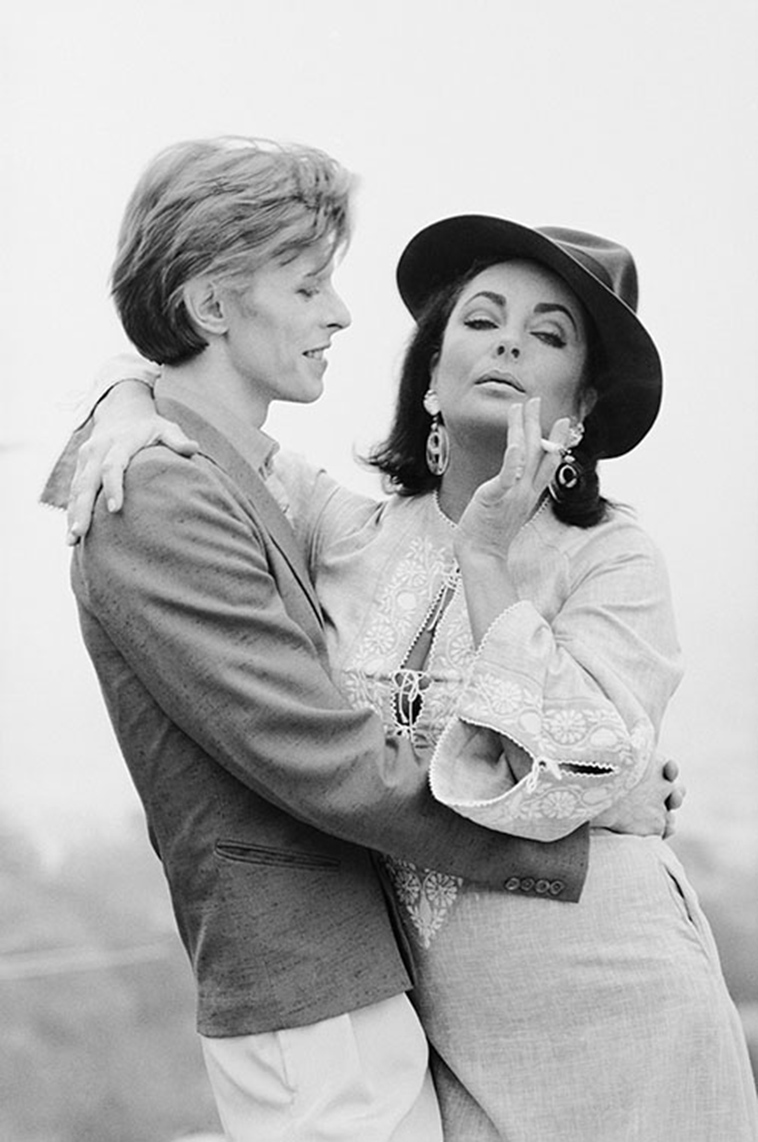 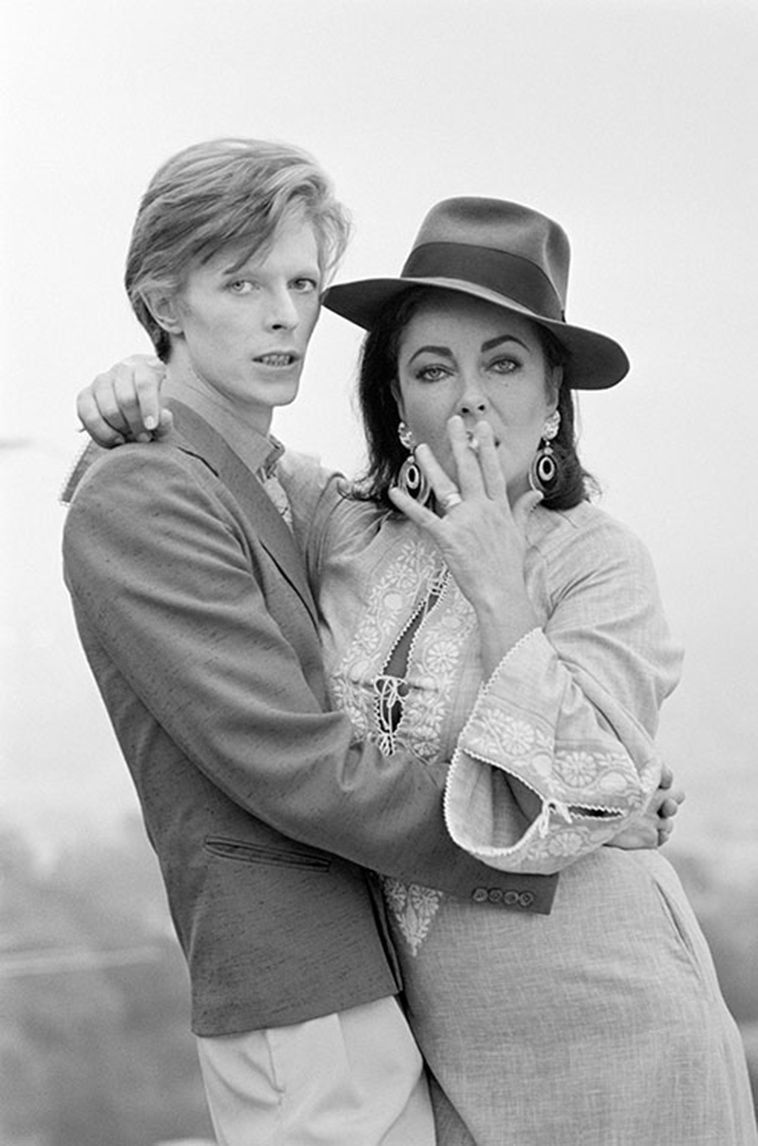 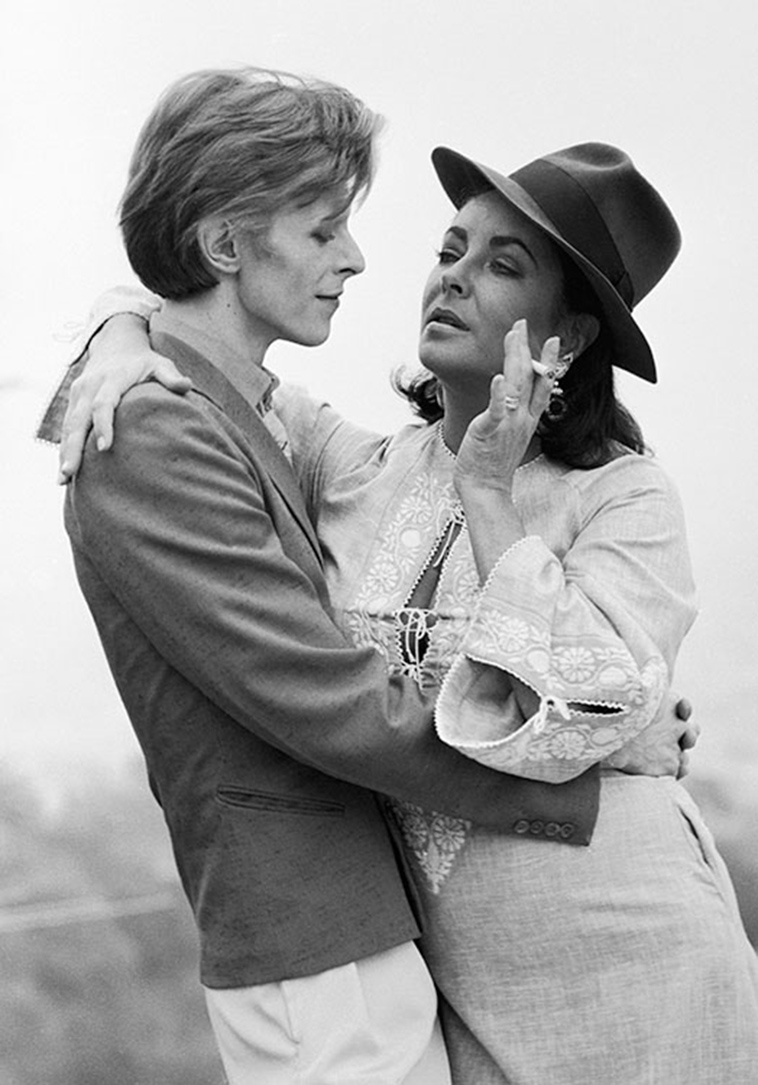 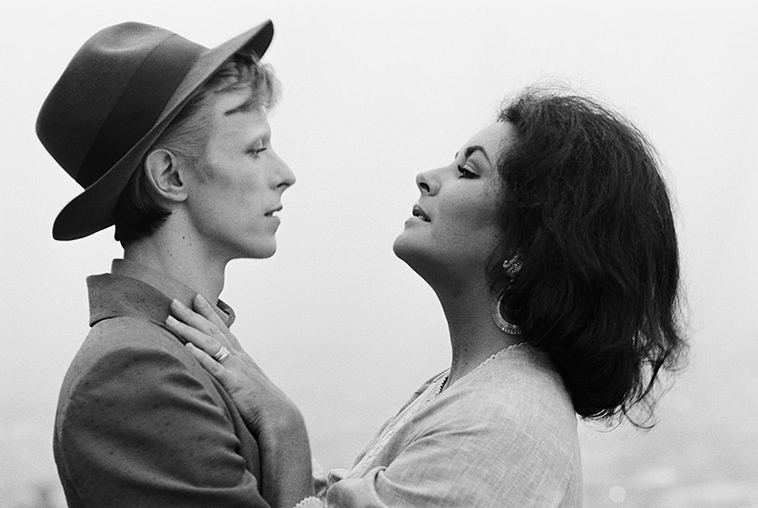