When Adolf Hitler was appointed as the Chancellor of Germany in 1933, there was a consolidation of Nazi control in Germany and Deputy Fuhrer Rudolf Hess assigned Heinz Spanknobel, a German-American immigrant with the task of having a Nazi organization in place in the United States.

He formed a group of German nationals and Americans of German descent as the first members and asked them to join the Nazi cause against Jews. 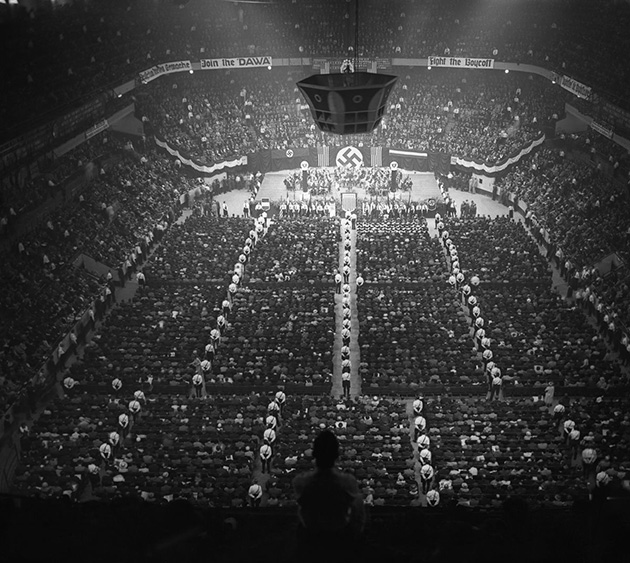 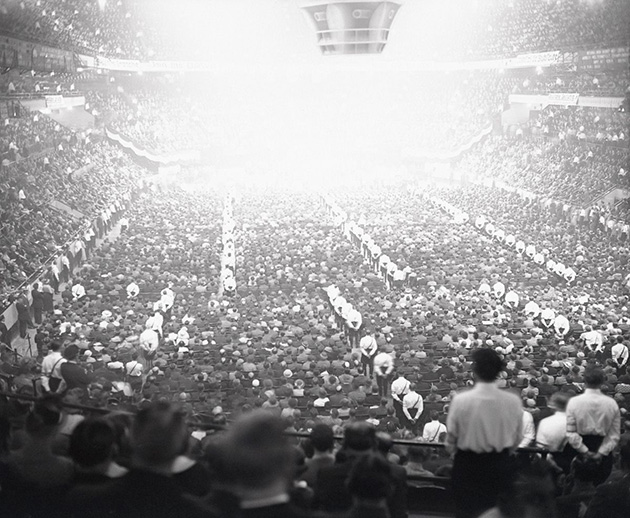 However, Spanknobel was deported in 1933 as he was not registered as a foreign agent. A trust known as the German American Bund was formed after this and it had connections to the German government. By the year 1939, The Bund was highly popular and they had a Pro-America Rally in Madison Square Garden, which saw an attendance of over 20,000 people.

While there were Nazi supporters filled inside, more than 80,000 anti-Nazi demonstrators protested against the event outside and they were trying to enter the arena and stop the event. Finally, in 1941, The Bund was dissolved when there was war declared against Germany. 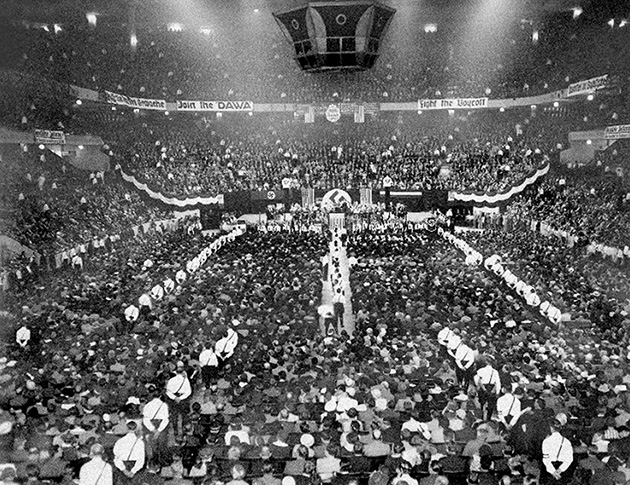 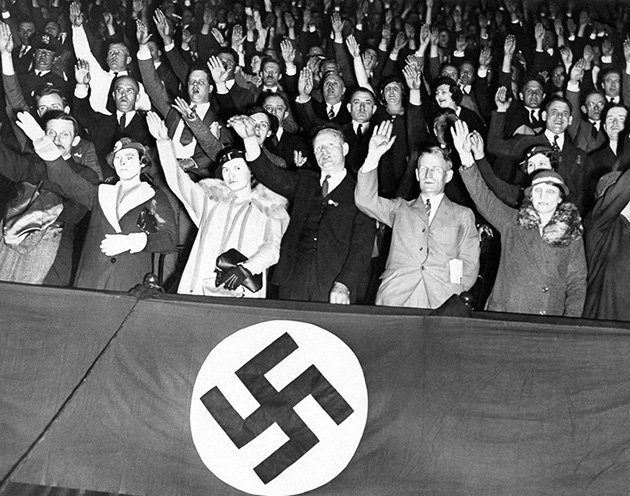 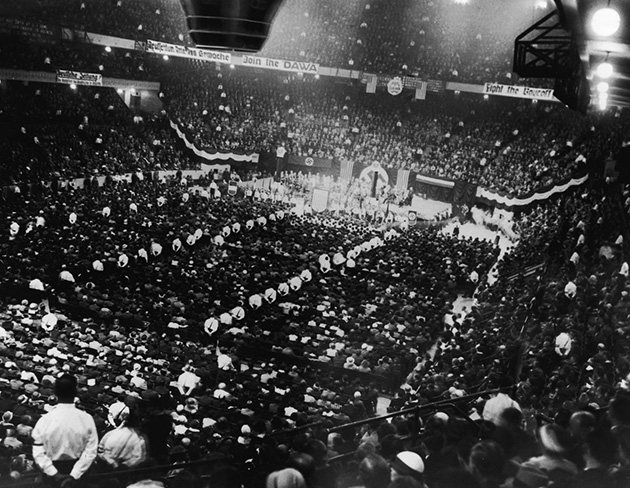 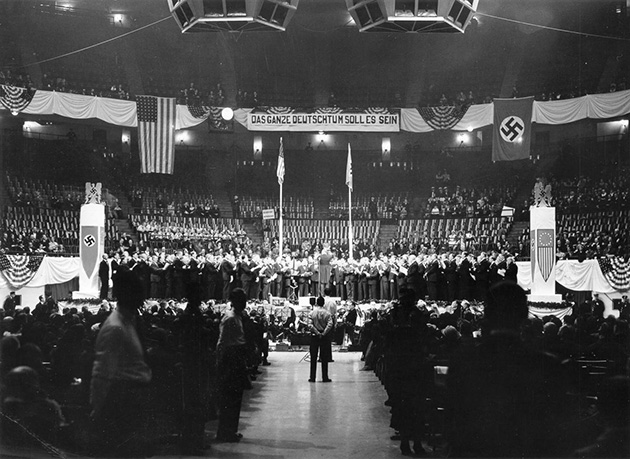 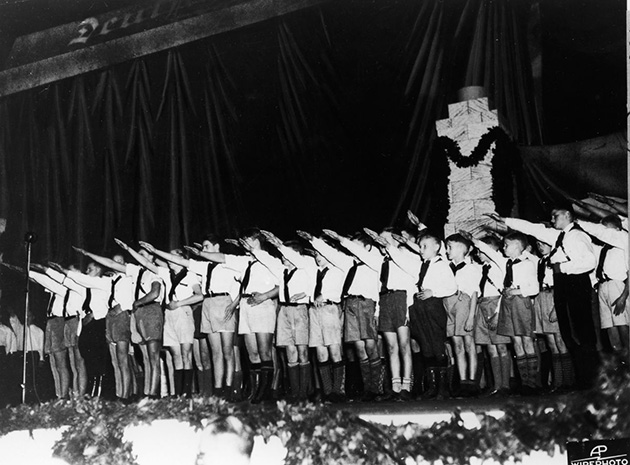 Feb. 20, 1939 – Twenty-thousand attend a meeting of the German American Bund, which included banners such as “Stop Jewish Domination of Christian Americans.” 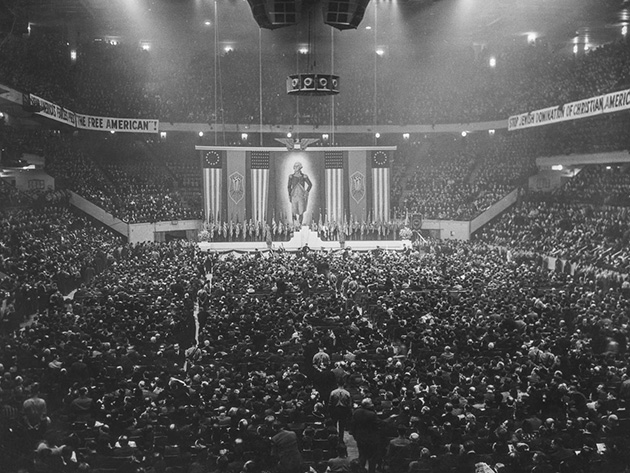 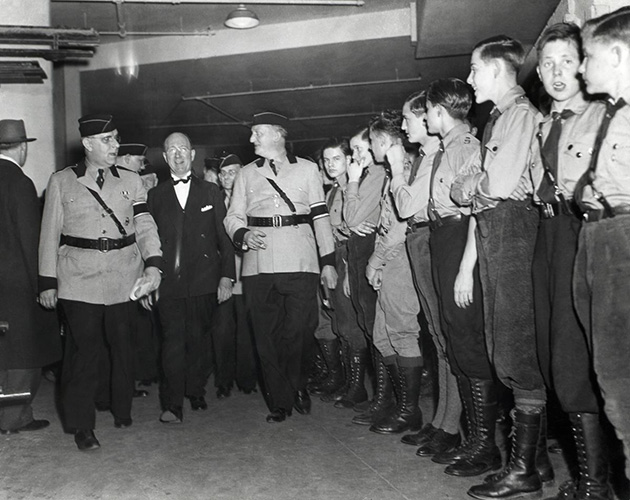 Feb. 20, 1939 – Fritz Kuhn, leader of the German American Bund, addresses the Nazi rally as protesters clash with police outside. 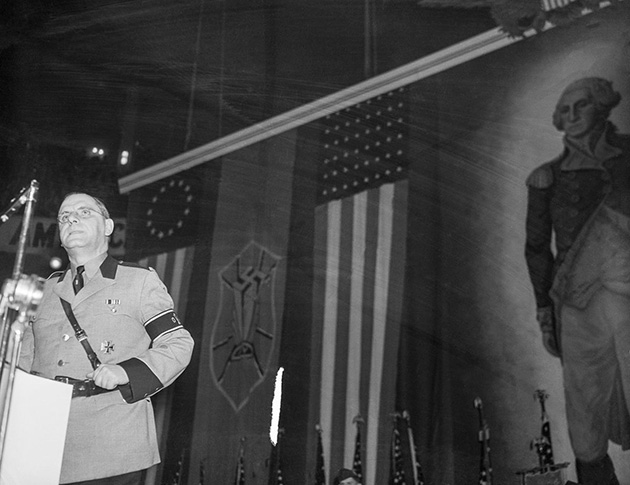 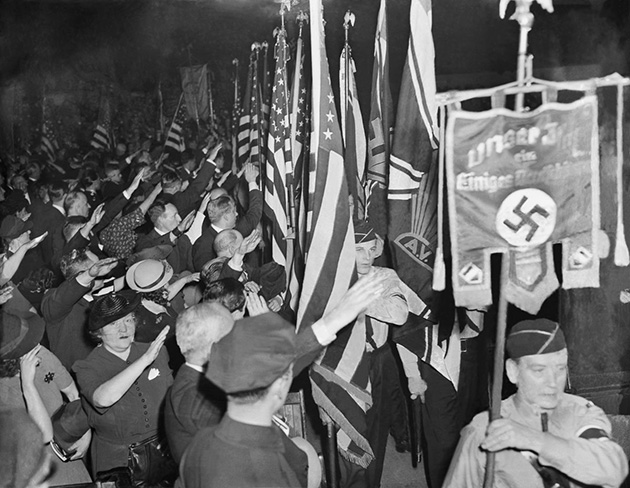 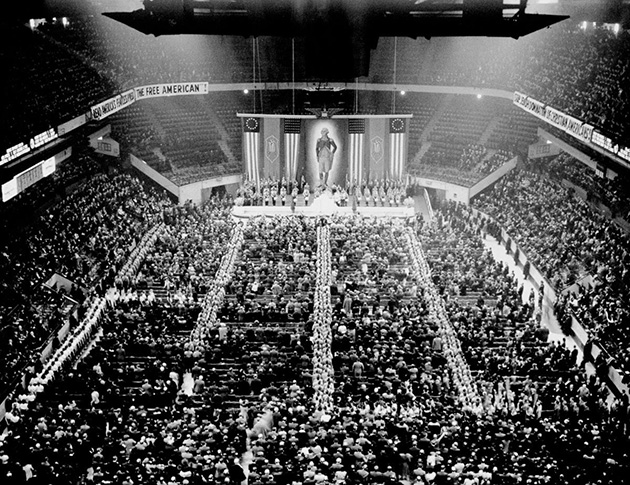 Feb. 20, 1939 – A Nazi color guard stands before a massive portrait of George Washington. 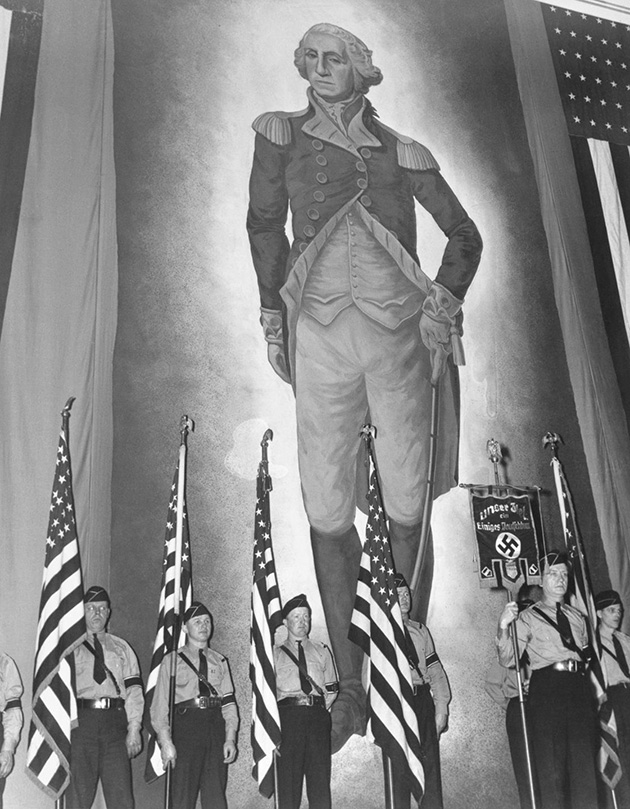