We all have heard about the horror of the holocaust and listened to some memories. All the world was the witnesses of Nazi cruelty during WW2 and before. Concentration camps, massacres, millions of victims, and of course a great fight against Nazi Dictatorship. “Never shall I forget the little faces of the children, whose bodies turned into wreaths of smoke beneath a silent blue sky” These words of a Holocaust survivor, Elie Wiesel, show how the wrath in concentration camps. 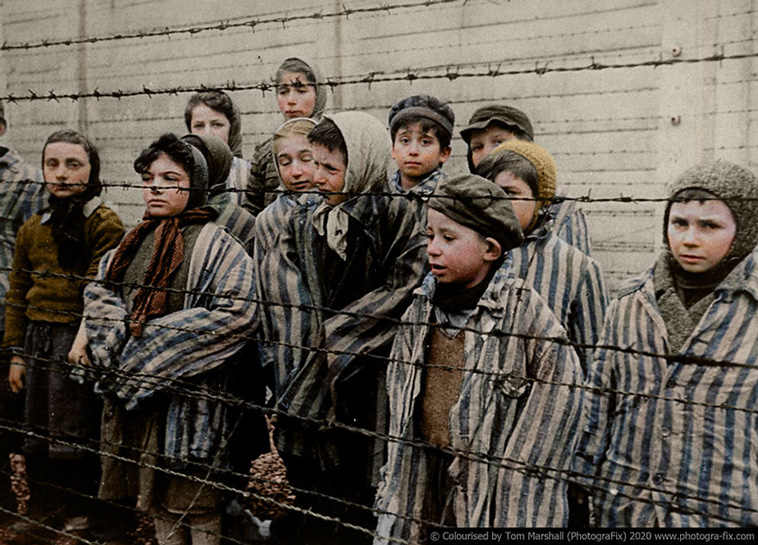 Children at Auschwitz, in a still from the Soviet film of the liberation of Auschwitz, January 1945. 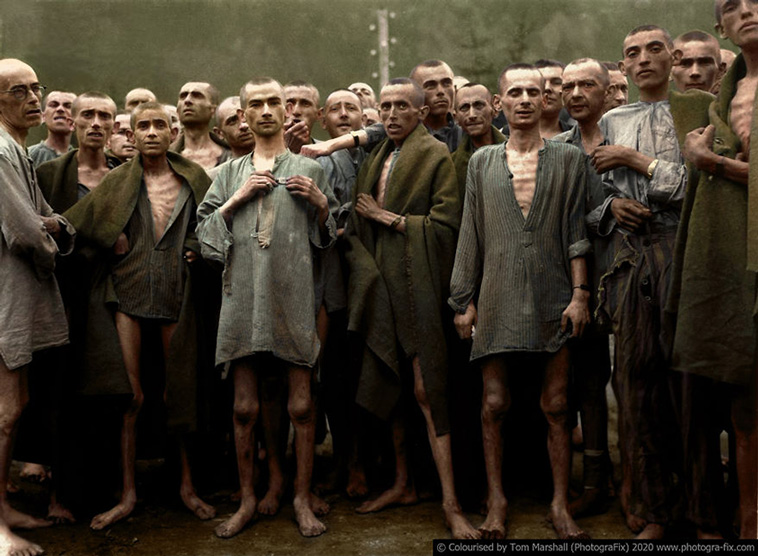 Ebensee was a sub-camp of the main camp ‘Mauthausen’ near the town of the same name. The camp was reputedly used for “scientific” experiments. It was liberated by the 80th Division of the U.S. Army. 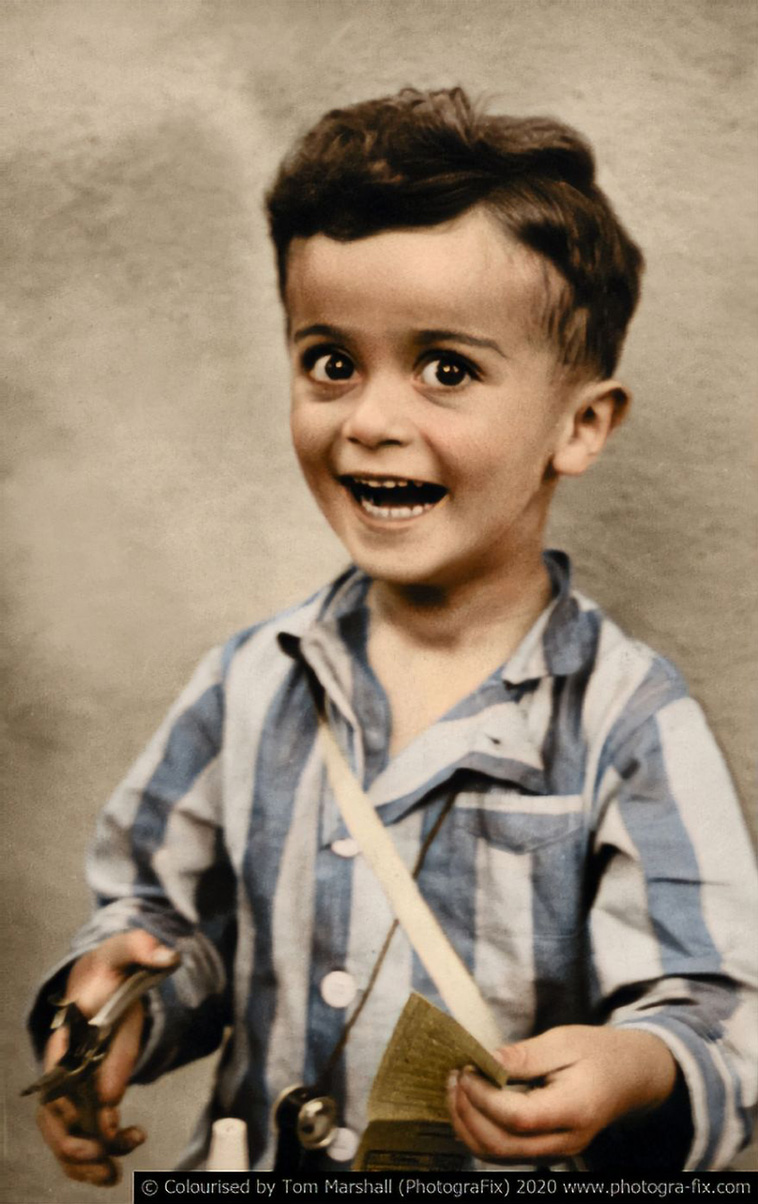 Istvan Reiner, aged 4, smiles for a studio portrait, shortly before being murdered at Auschwitz concentration camp. 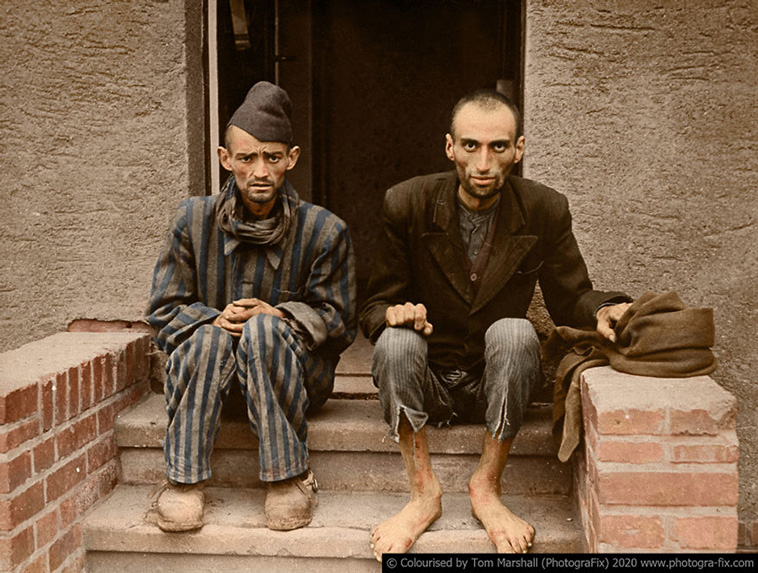 Two staring, emaciated men, liberated inmates of Lager Nordhausen, a Gestapo concentration camp. The camp had from 3,000 to 4,000 inmates. All were maltreated, beaten, and starved. 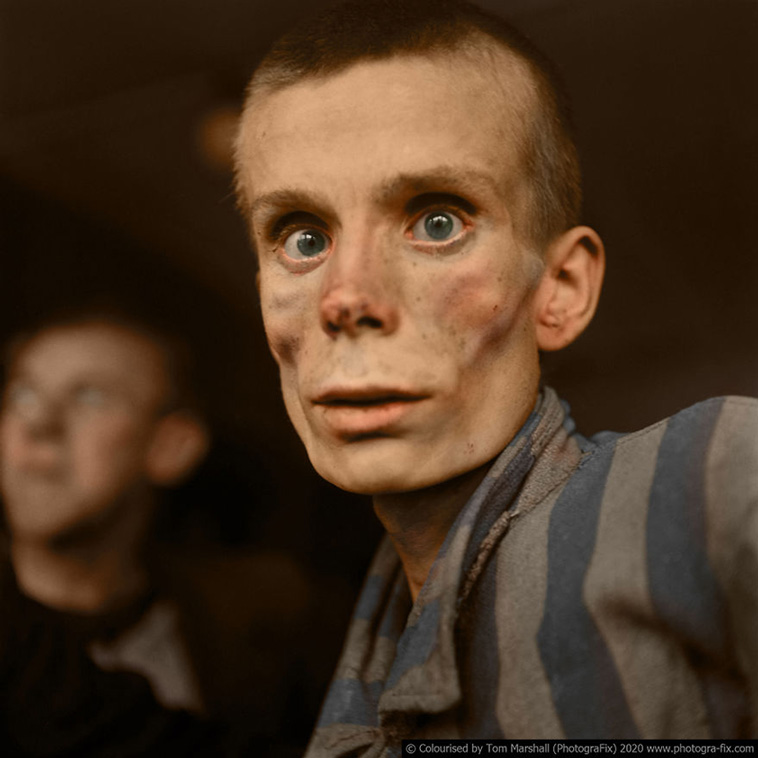 More than 200,000 people were detained between 1933 and 1945, and 31,591 deaths were declared, most from disease, malnutrition, and suicide. Unlike Auschwitz, Dachau was not explicitly an extermination camp, but conditions were so horrific that hundreds died every week. 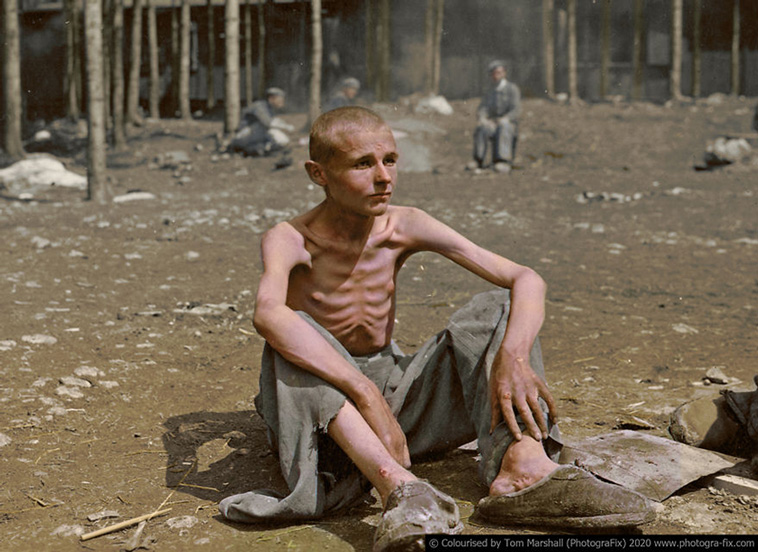 This man looks like a living skeleton, one of the many prisoners of the Ebensee concentration camp in Austria. 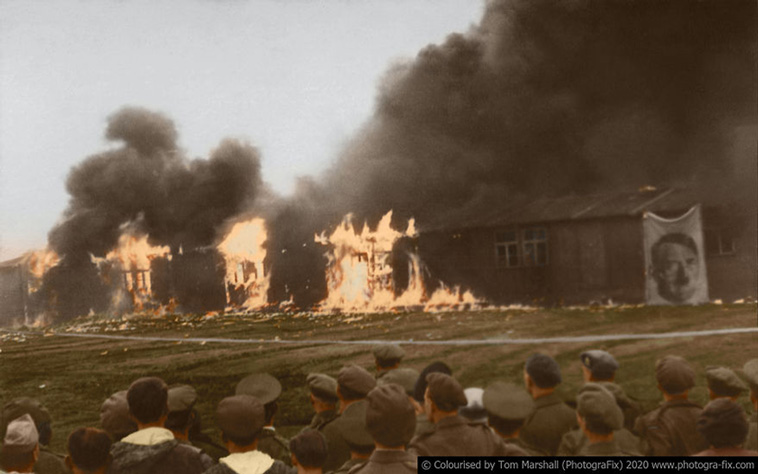 My Great Grandfather Charles Martin King Parsons took this photo as he was a chaplain with the British Army and he entered Bergen-Belsen prison camp in April 1945.

The camp was rife with typhus, and once the large wooden huts had been cleared of the surviving prisoners, they were burnt to the ground in May 1945. 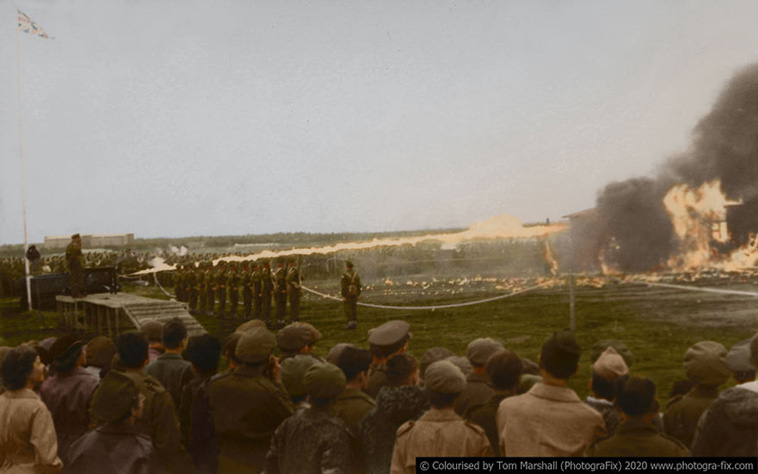 Like many people affected by the horrors they saw during the war, my Great Grandfather never really spoke about his experiences at Bergen-Belsen and these photos show why.

He also took a series of photos including the mass graves around Belsen which I did not want to colourise as it didn’t feel like the right thing to do. 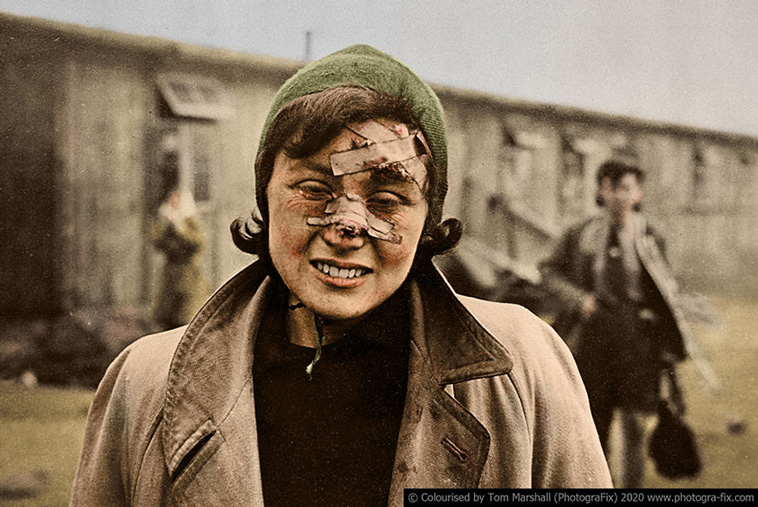 One of the victims at Bergen-Belsen was this young woman, her face still bearing the scars of a terrible beating by the SS guards. 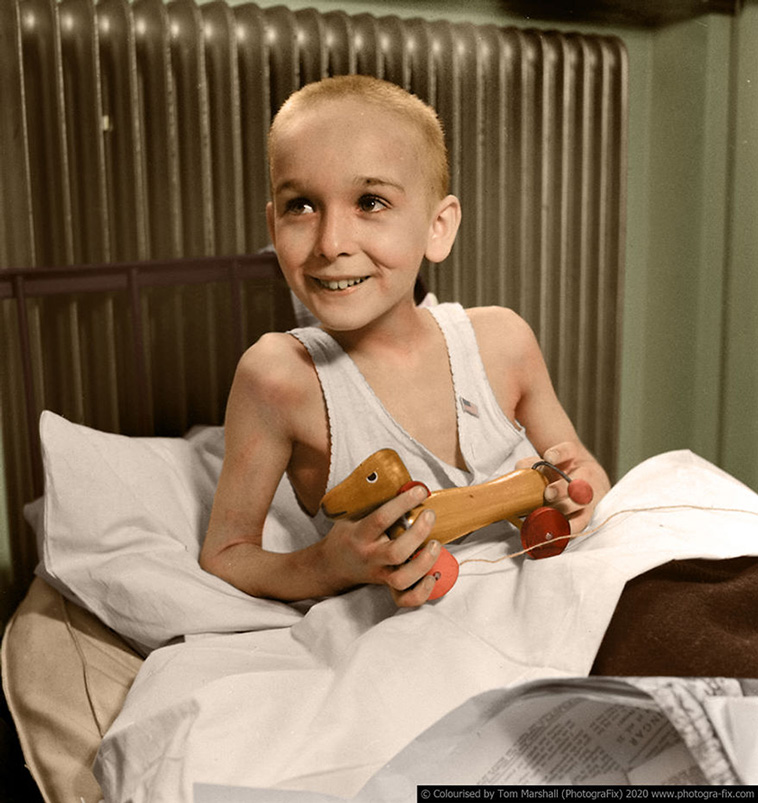 It is hard to find any hope when viewing the horrors of these photos, but I wanted to include this one, as there were survivors of the Holocaust, many of whom are still alive today.

This photo shows a young Jewish refugee, rescued from a concentration camp, resting up in a hospital bed in Malmö, southern Sweden in 1945.