The city of Matera features a trove of caves that were early man first dwelled in, as the soft stones of the caves were easy to carve, creating the series of caves that remain in the city to this day.

Despite being used by cave-dwelling troglodytes early in their creation, the caves have seen continuous use until as recent as the 1980s. In 1993, they became a UNESCO World Heritage Site, and since then there has been a conscious effort to redeveloped the caves into modern attractions such as restaurants and hotels. 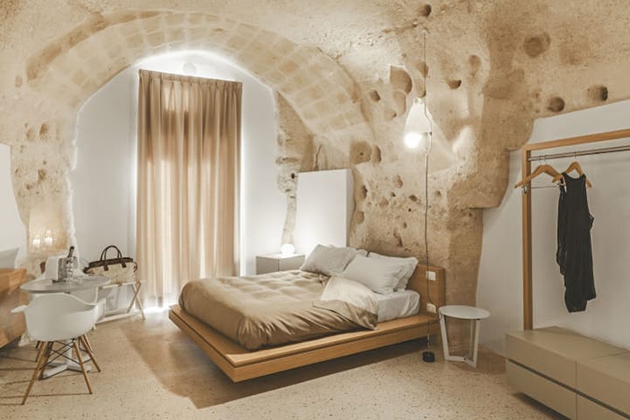 Alfredo and Marina are a brother-sister duo that run local architectural firm Manca Studio who had recently been tasked with redeveloping some the caves by the La Dimora di Metello Hotel, who wanted to offer a luxurious yet historic stay in these ancient caves. 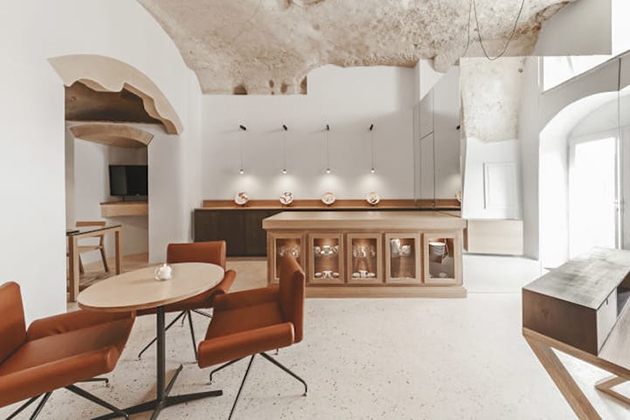 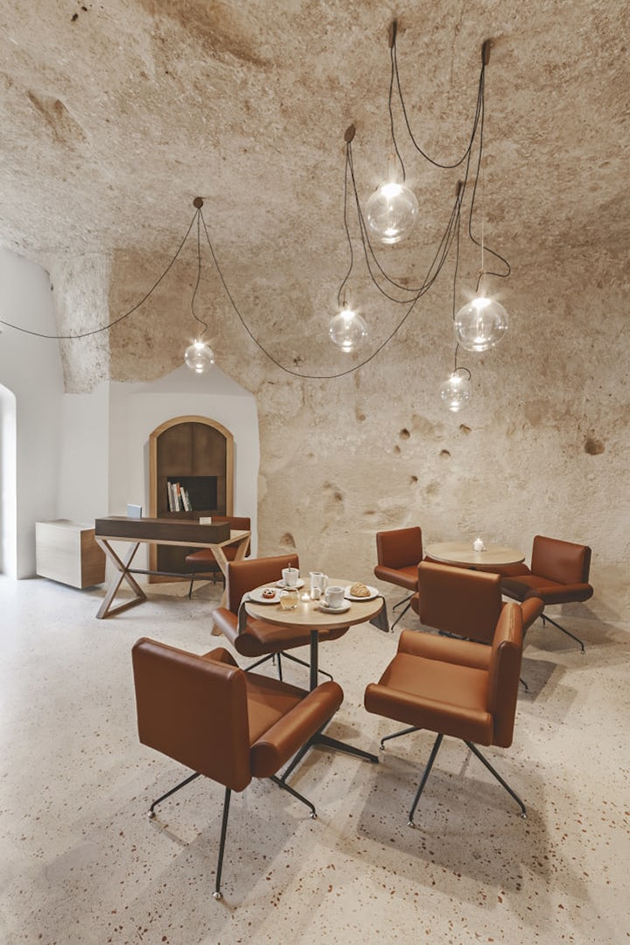 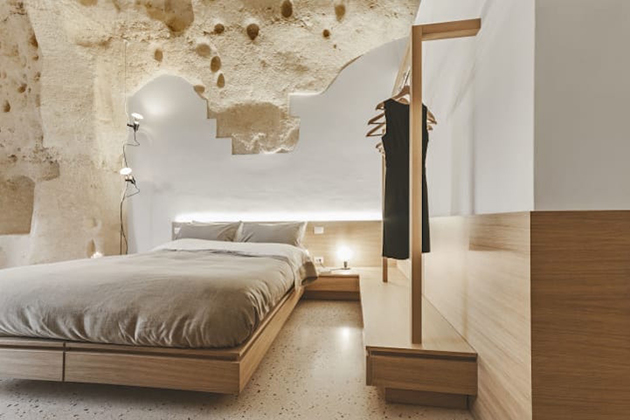 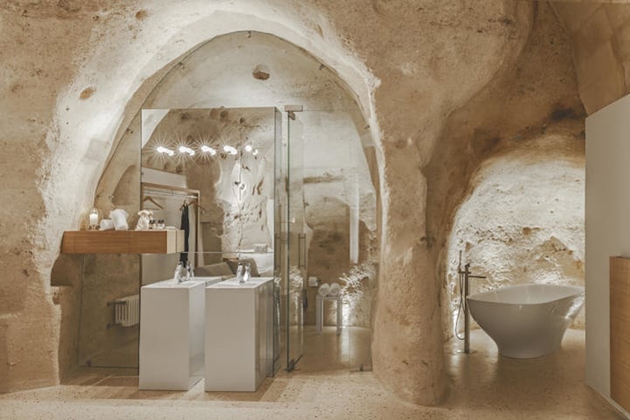 The duo certainly achieved this, as their finished project is s sight to behold. Combining natural aspects of the caves with contemporary interior design helps to create rooms that feel brand new and ancient at the same time.

Various rooms have been created, including suites, terraces, common rooms, and even a spa spread! Take a look at some of the beautiful interior design the duo has completed in the rooms! 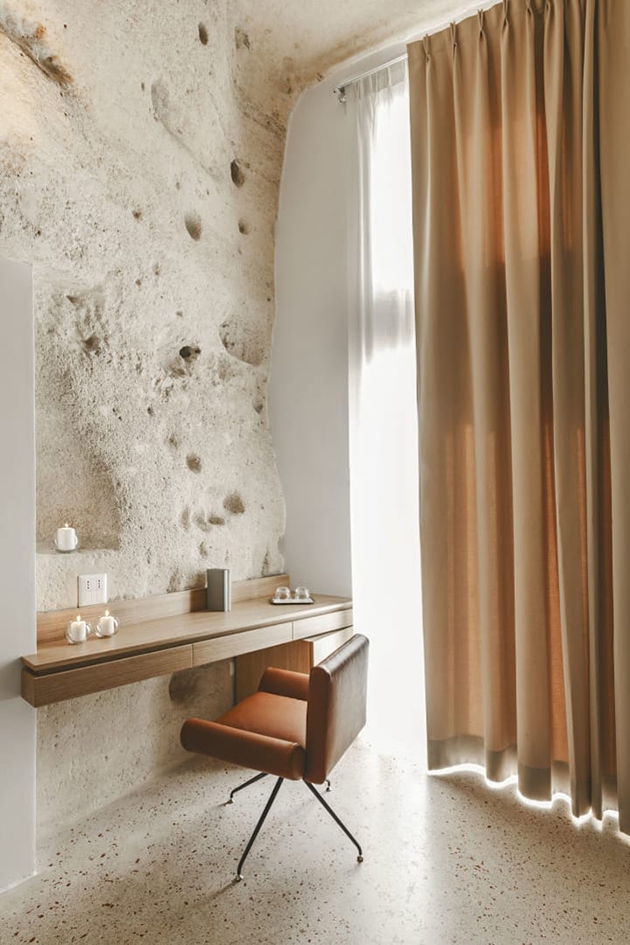 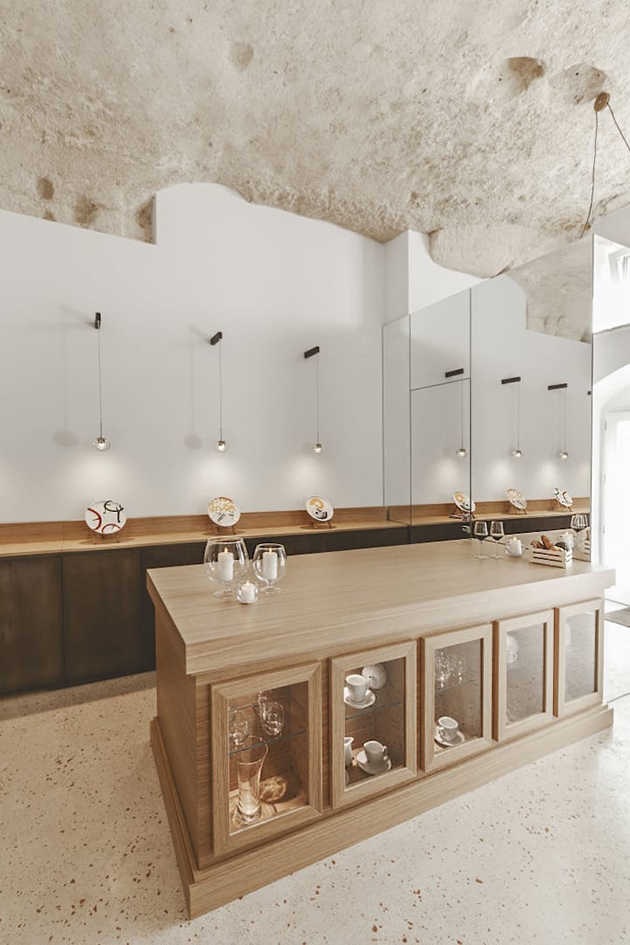 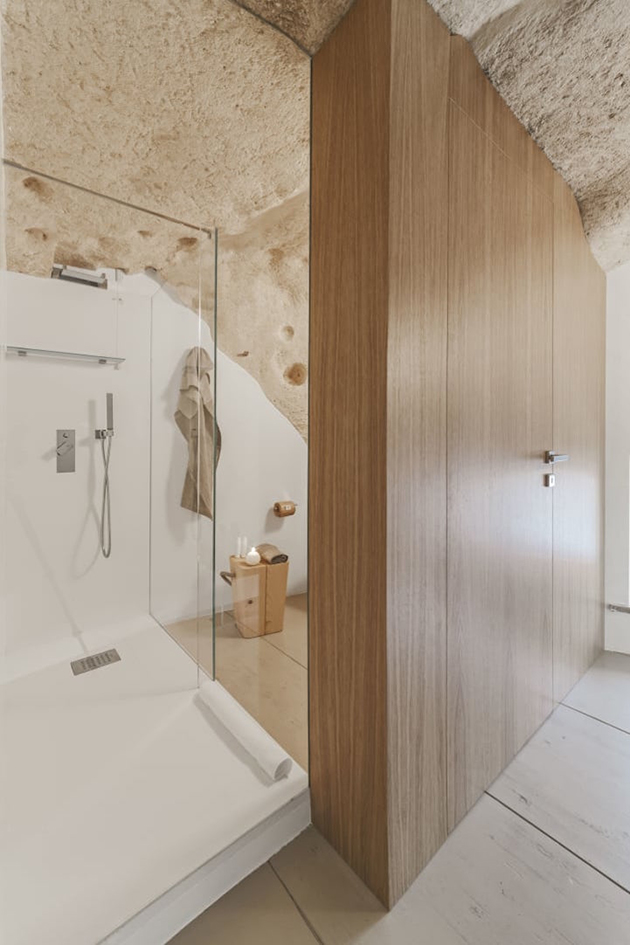 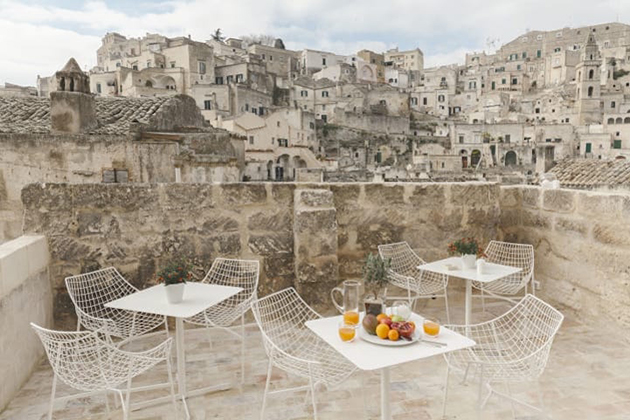 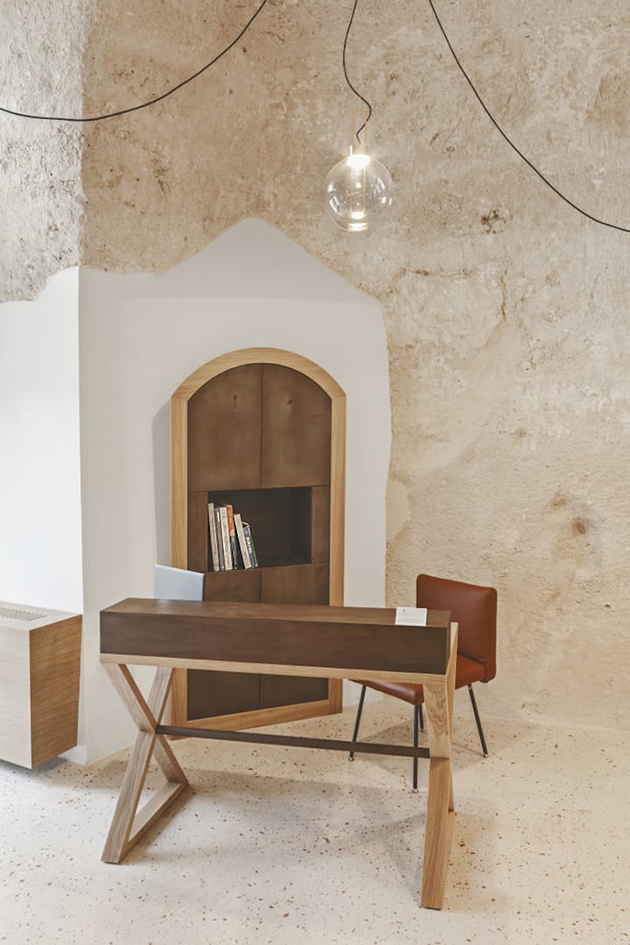 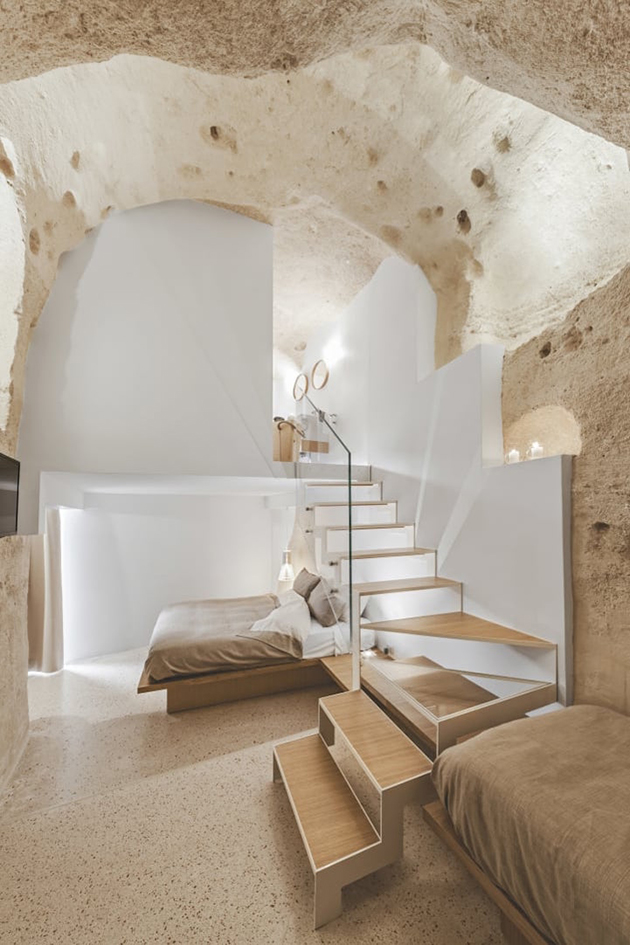 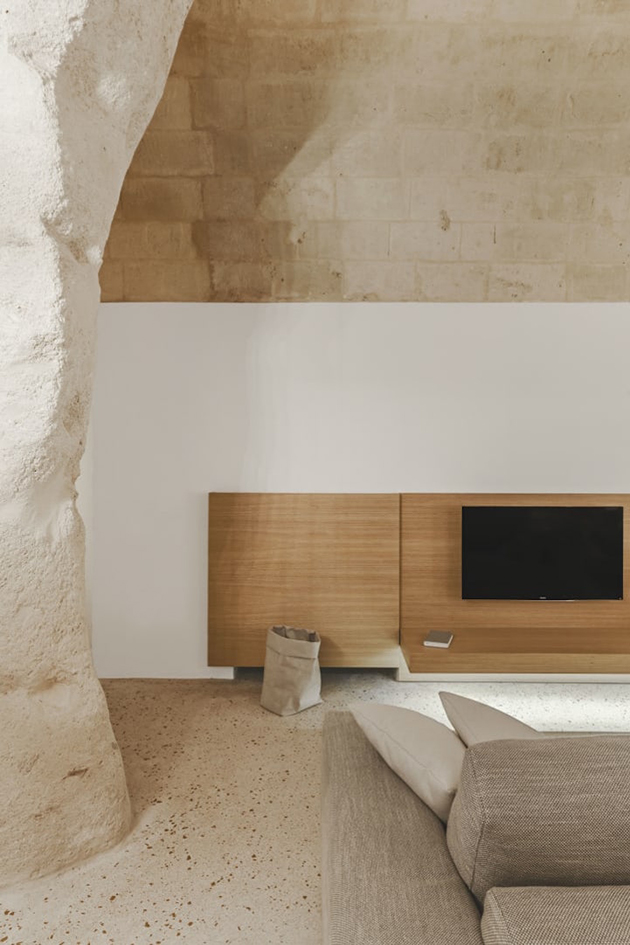 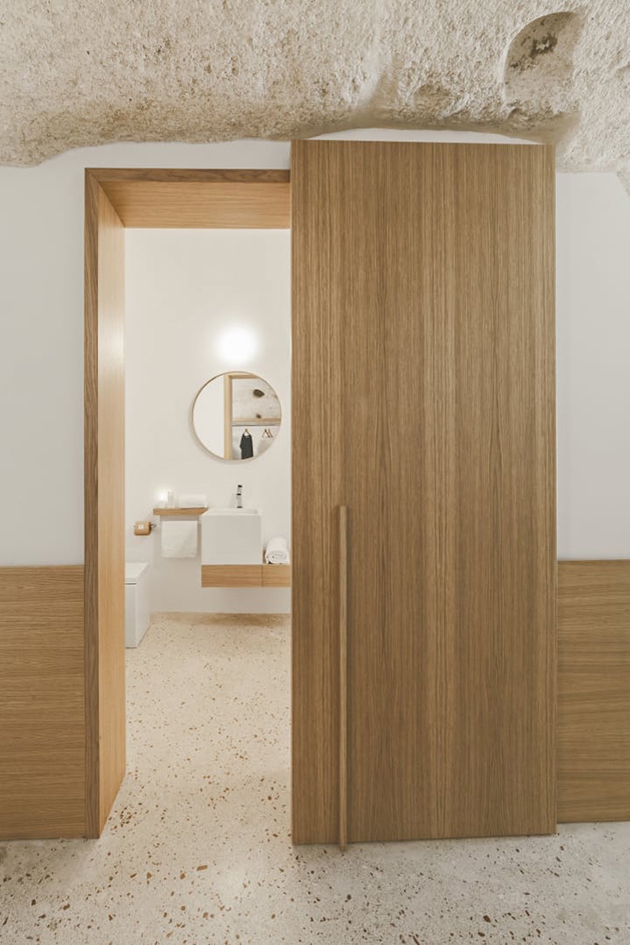 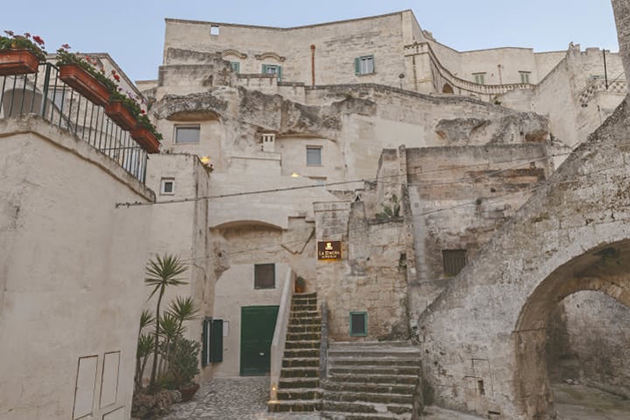