This satirical photo series called “In Extremis (Bodies With No Regret)” by photographer Sandro Giordano depicts unfortunate people the moment after they fell, surrounded by their material possessions. “Each shot ‘tells’ about worn out characters who, as if a sudden black-out of mind and body took over, let themselves crash with no attempt to save themselves, unable, because of the fatigue of the everyday ‘representation’ of living, oppressed by ‘appearance’ instead of simply ‘existing’,” explains Giordano. 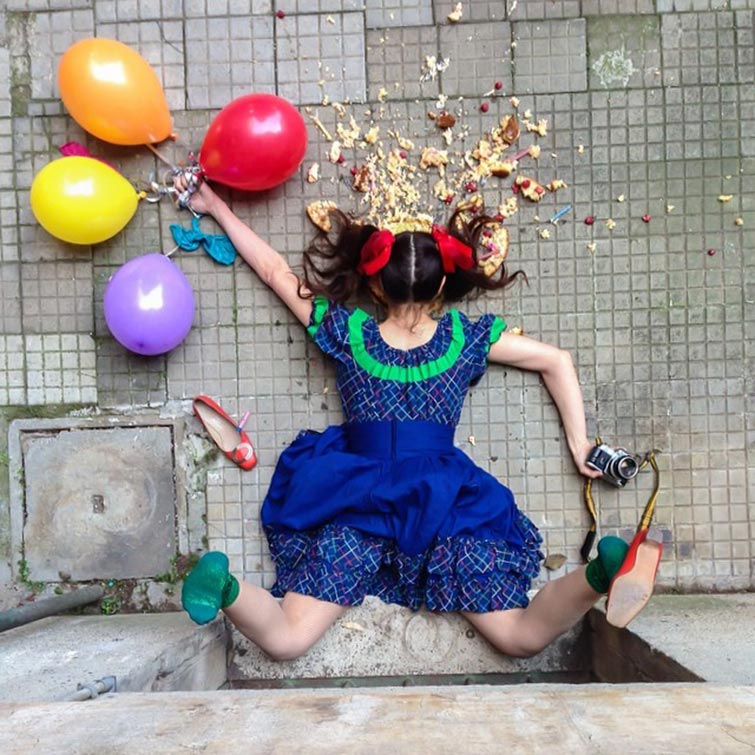 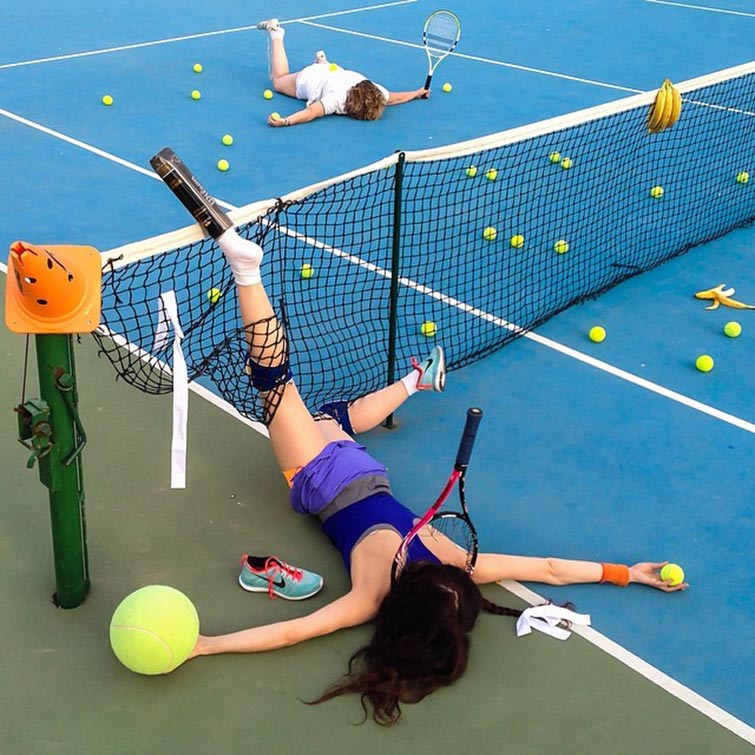 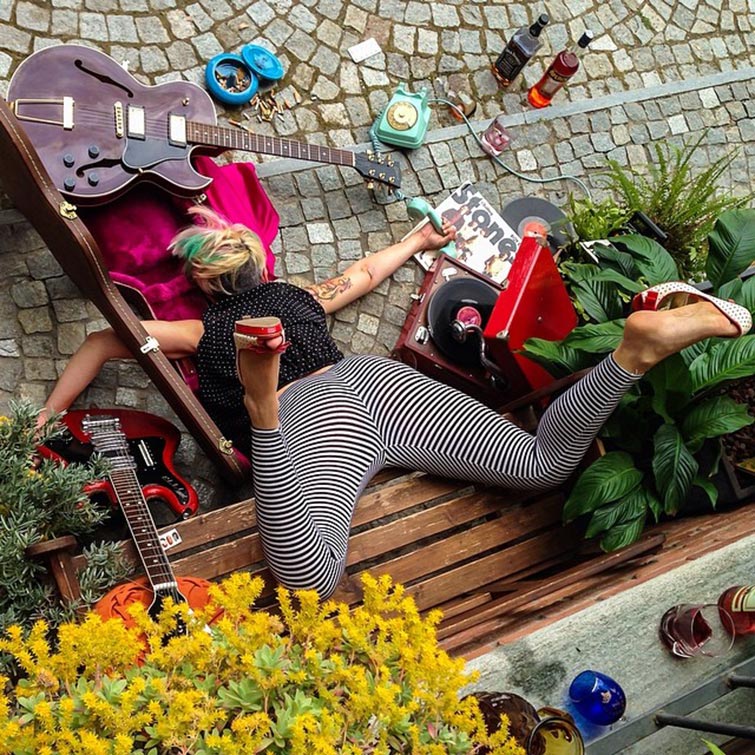 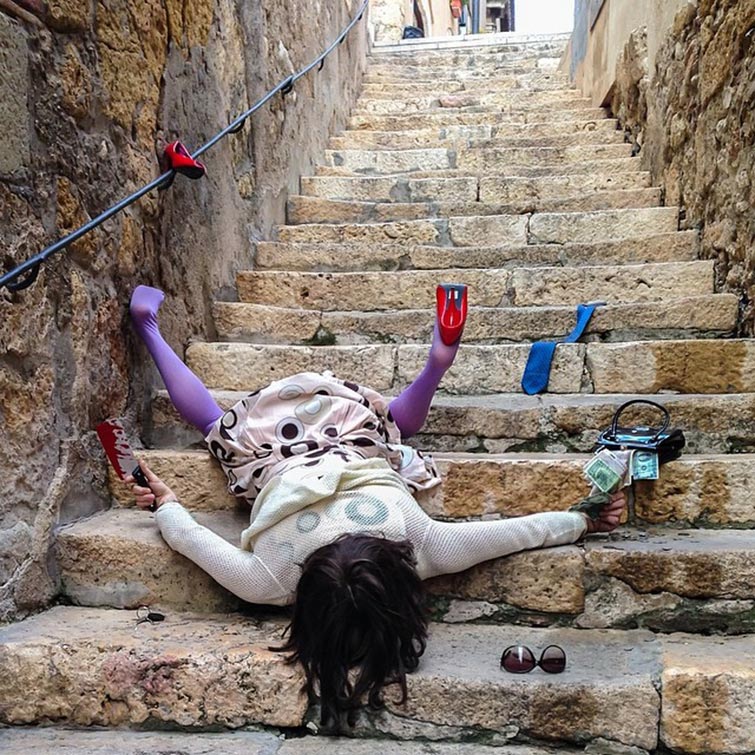 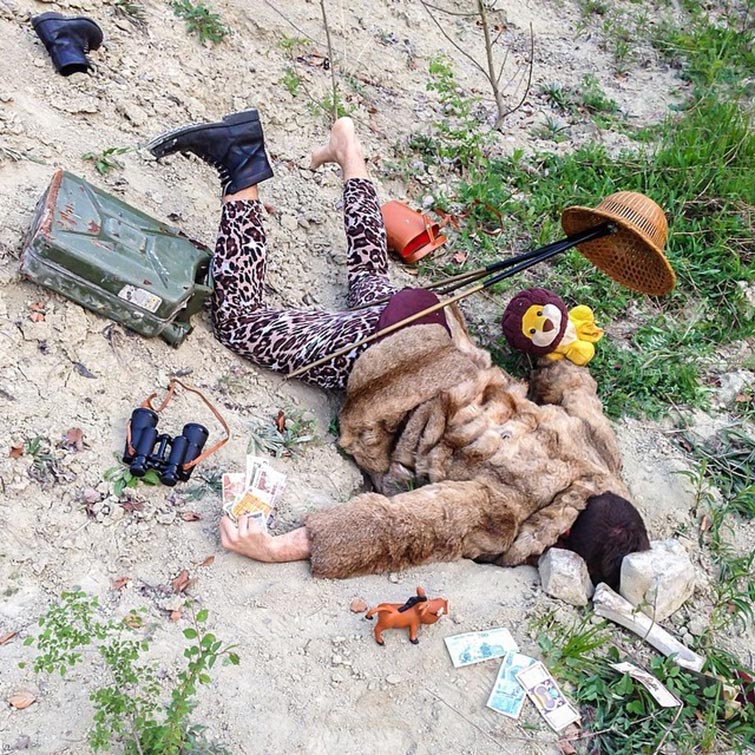 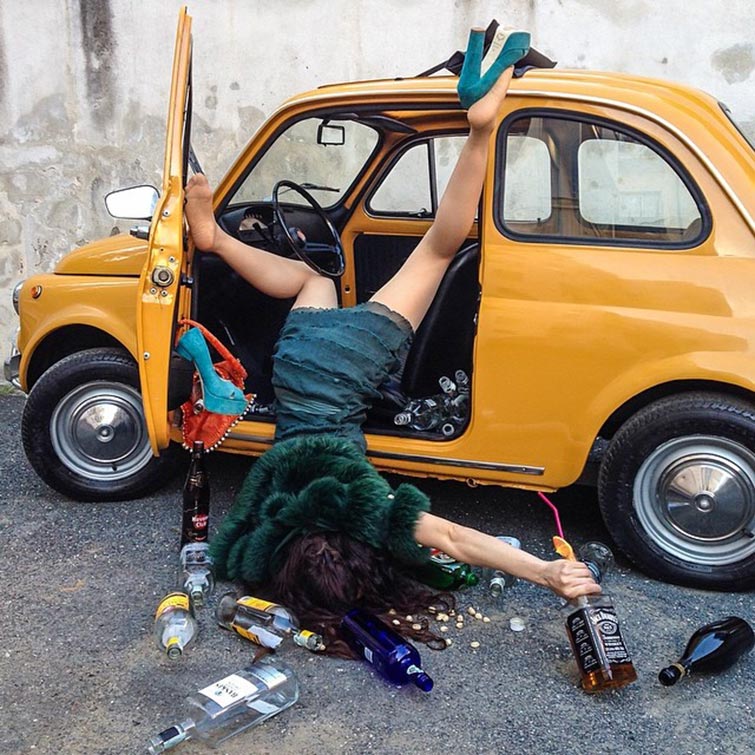 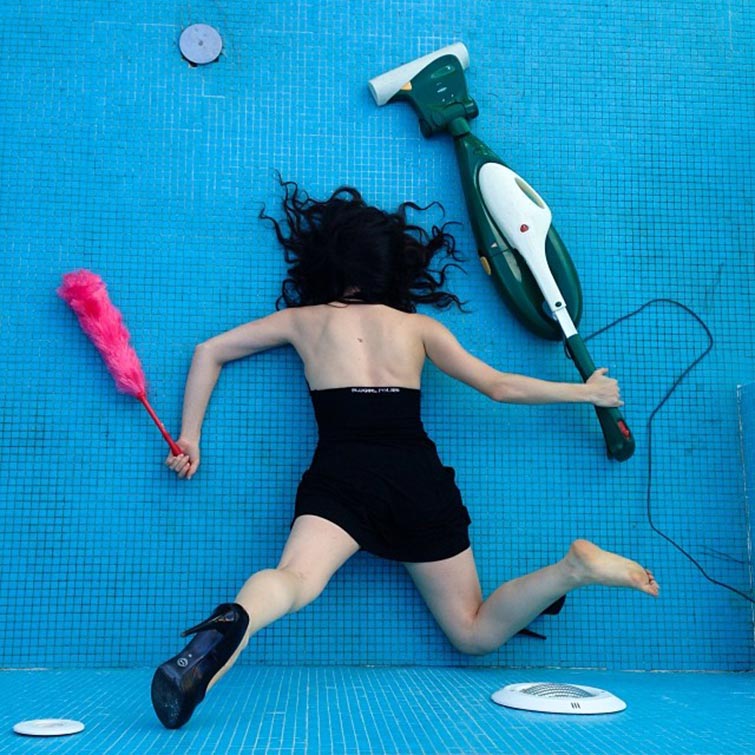 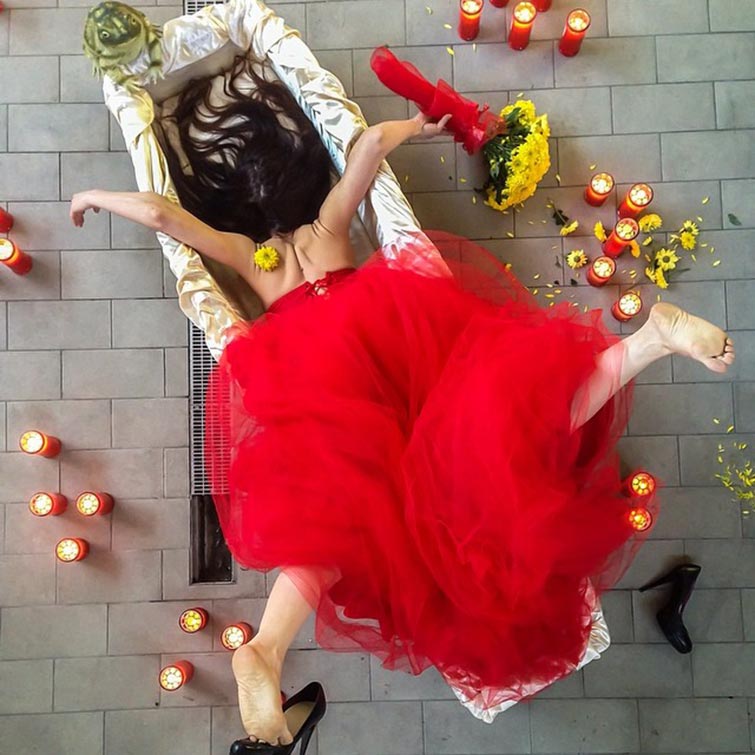 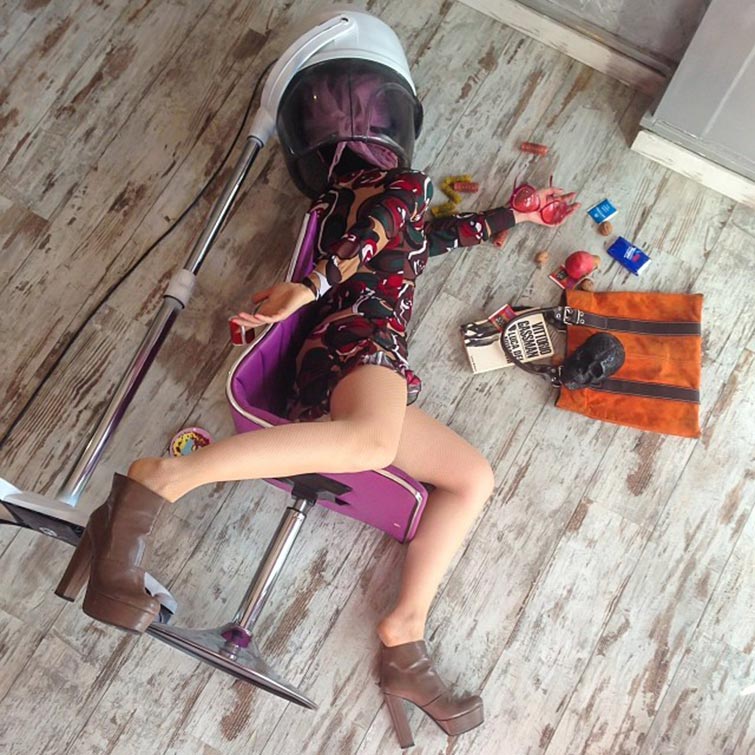 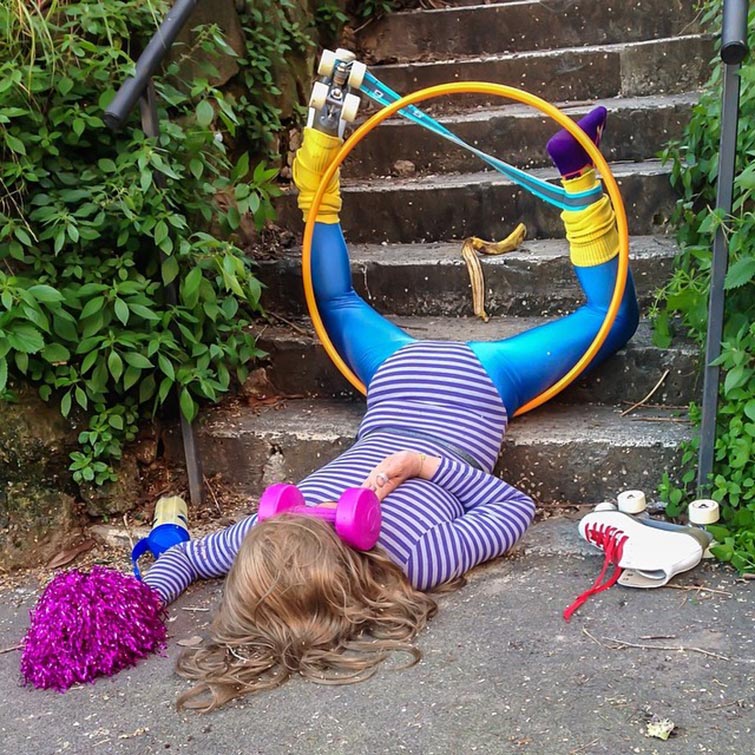 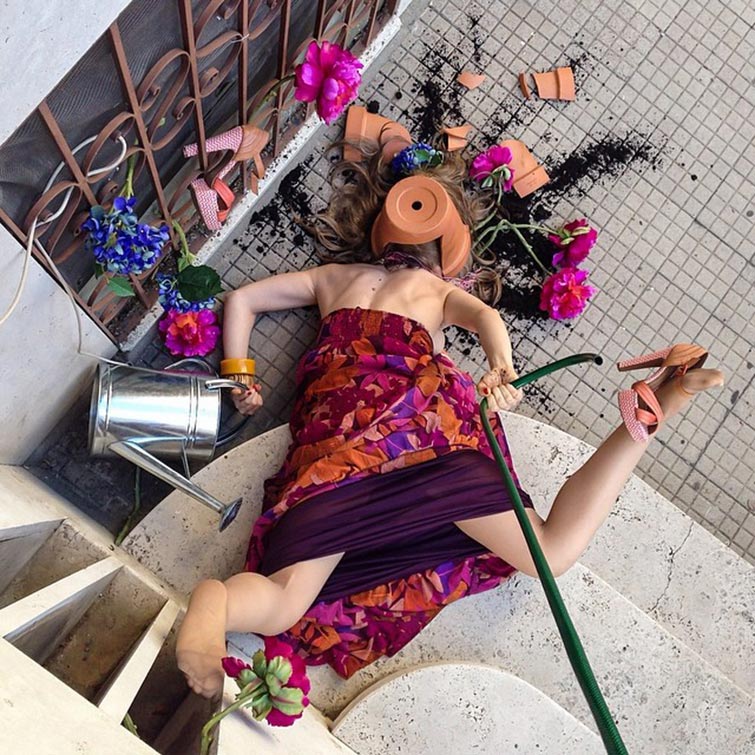 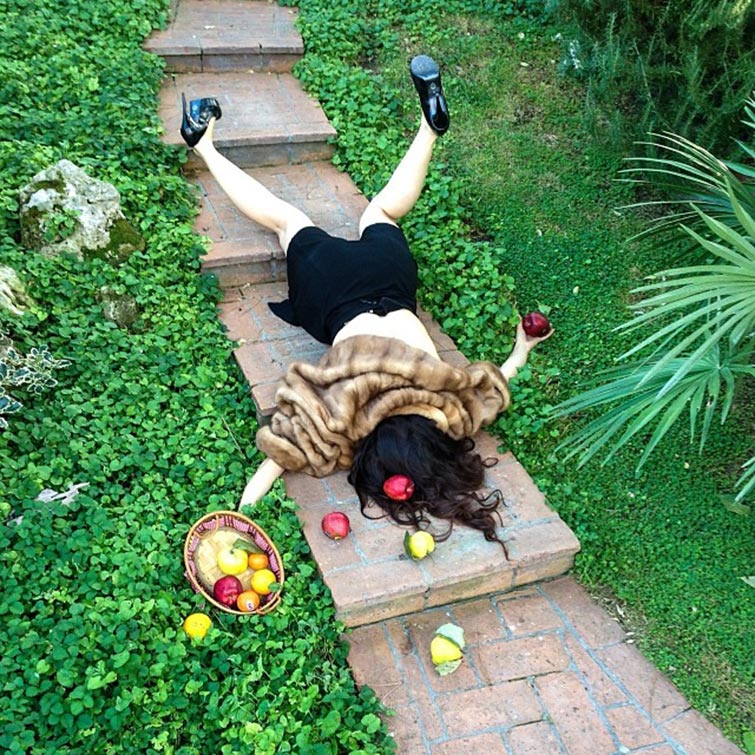 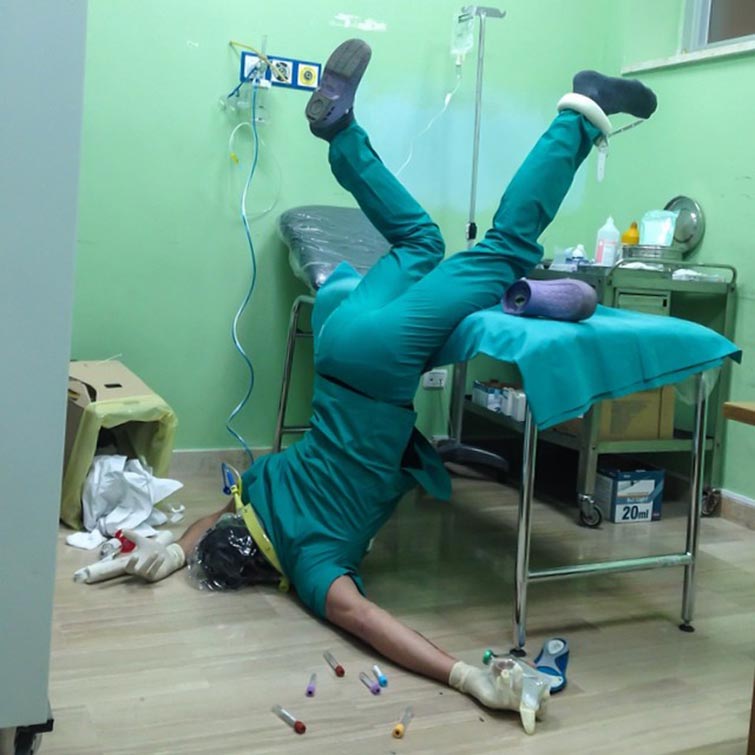 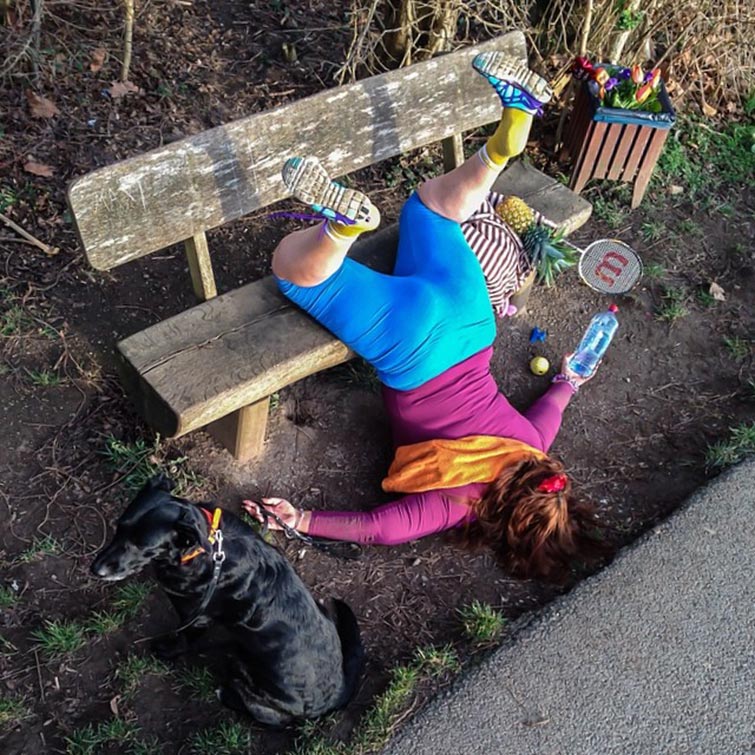 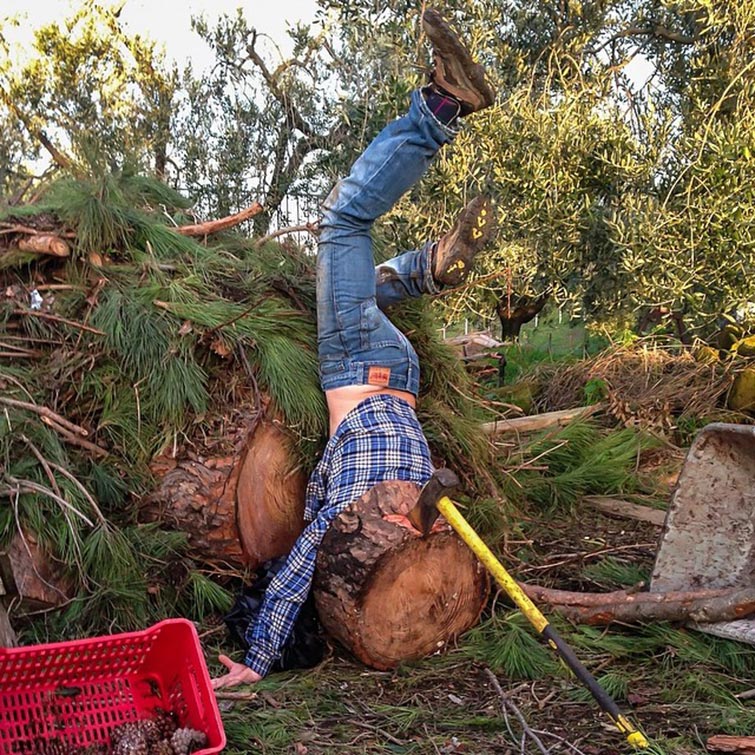 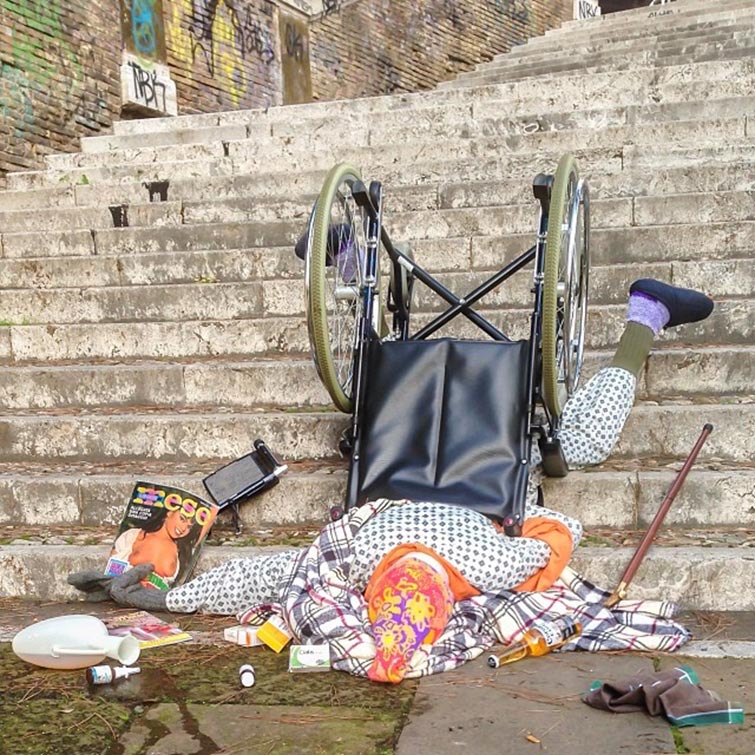 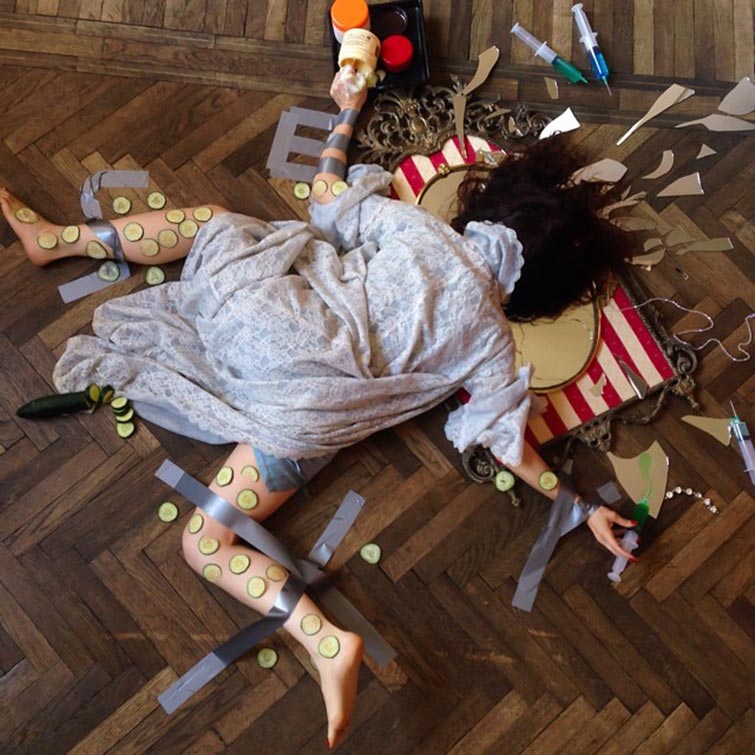