Long before Stonehenge or even the Egyptian pyramids were built, Skara Brae was a thriving village. Step back 5,000 years in time to explore the best-preserved Neolithic settlement in Western Europe.

One day, a farmer on the island of Orkney in Scotland found a large stone that didn’t look like it belonged in its environment. When the farmer flipped over the stone, he got the surprise of a lifetime. Underneath the stone was Skara Brae, which is a hidden and lost city that existed as much as 5,000 years ago. At first, the farmer thought it was a house because it looked rather small to be a city. But after showing people what he had found, the farmer soon realized that it was the lost city after all. 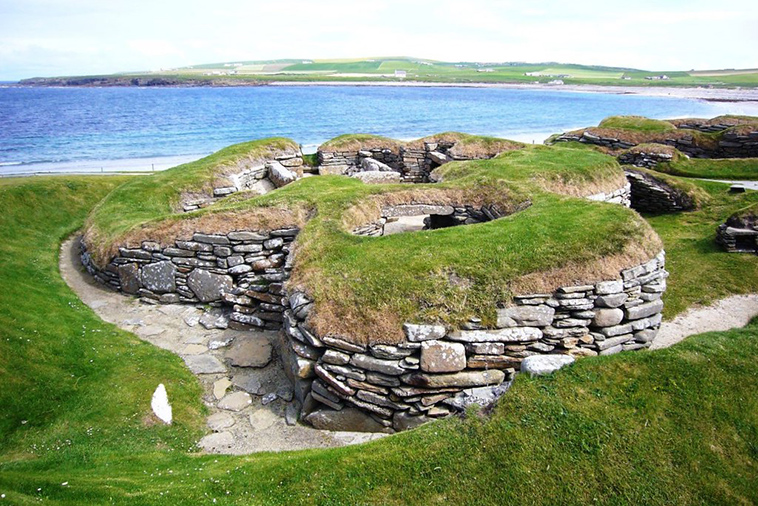 Orkney is an island with a very long history. It actually has one of the oldest British settlements to ever exist. Historians believe Skara Brae was an active city more than 5,000 years ago. If this is true, then that makes Skara Brae older than Stonehenge and the Egyptian pyramids. Since most of it got covered with sand dunes over the years. Thus it was preserved well for thousands of years. When it was an active city, probably it had about 50 to 100 people in it. That might not seem like a lot, but it sure is for a city back in those days when the population of people was much less. 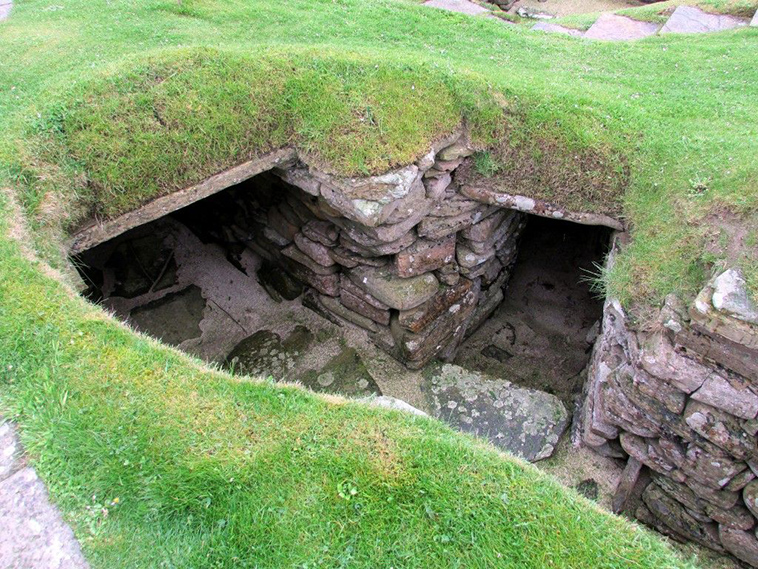 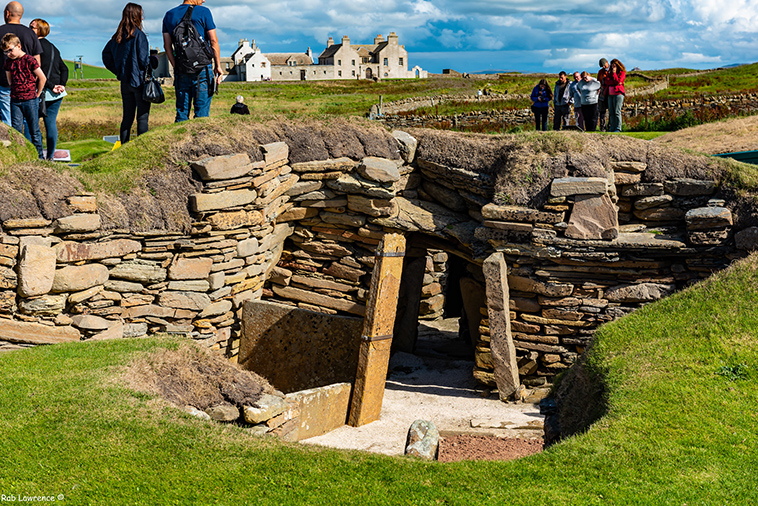 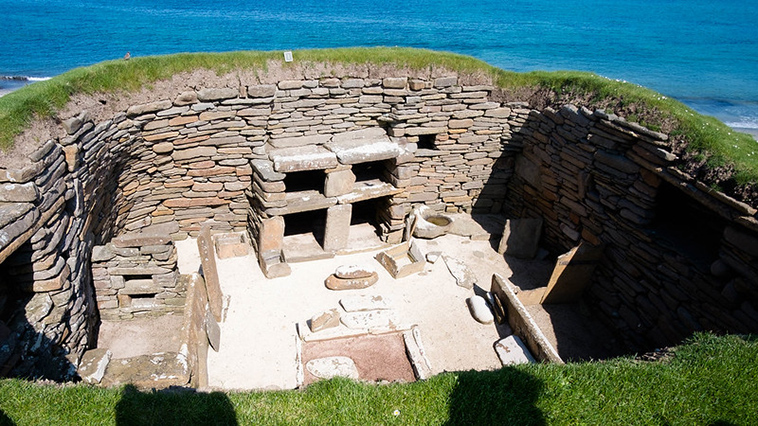 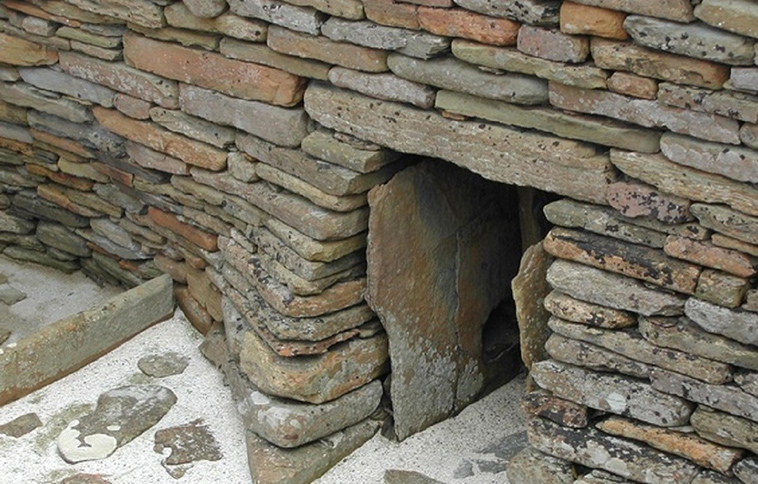 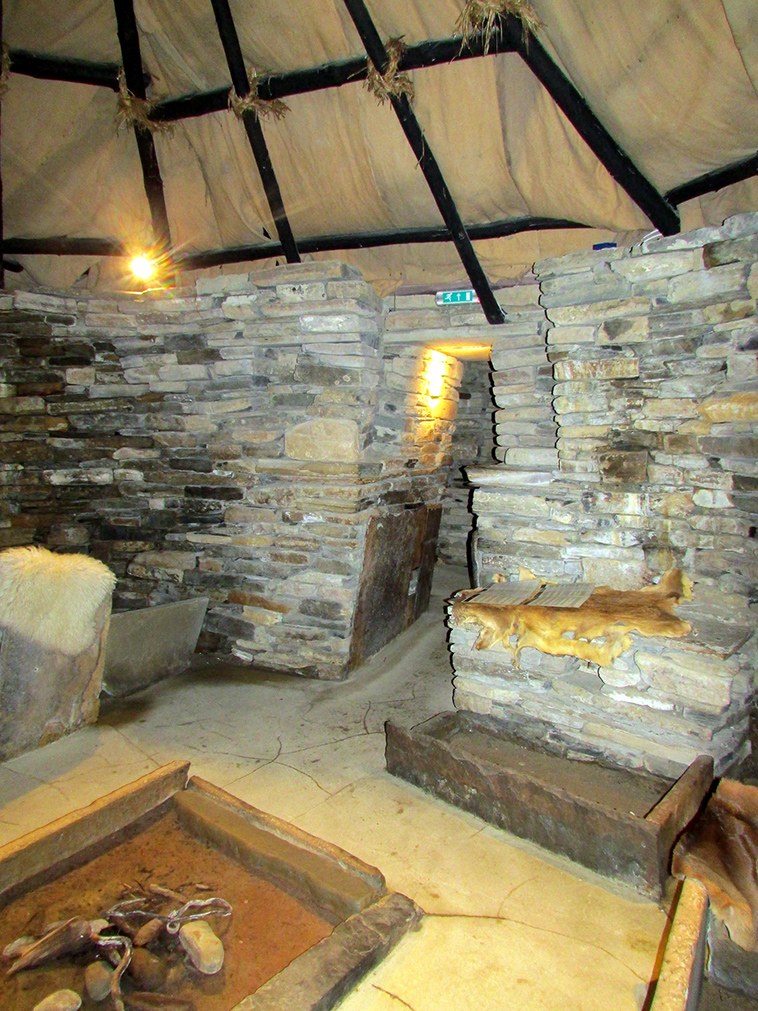 The inhabitants of Skara Brae were makers and users of grooved ware, a distinctive style of pottery that had recently appeared in northern Scotland. The houses used earth sheltering, being sunk into the ground. They were sunk into mounds of pre-existing prehistoric domestic waste known as middens. This provided the houses with stability and also acted as insulation against Orkney’s harsh winter climate. On average, each house measures 40 square meters (430 sq ft) with a large square room containing a stone hearth used for heating and cooking. Given the number of homes, it seems likely that no more than fifty people lived in Skara Brae at any given time.

The homes were not just sheltered for the citizens of Skara Brae. The center of each home contained a waterproof basin that could have possibly been used to catch fish for eating. 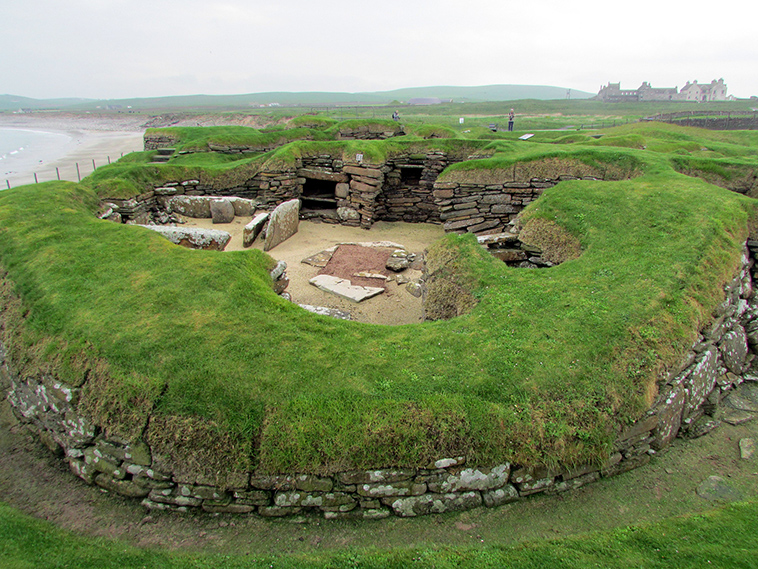 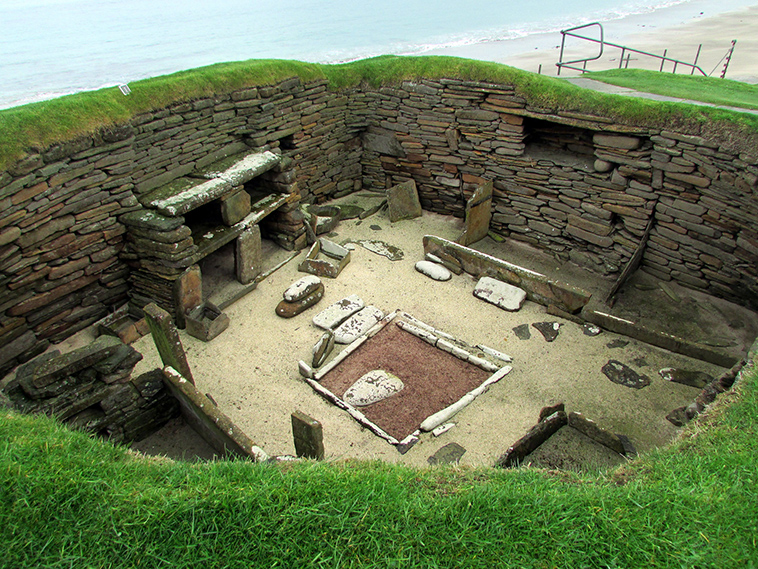