Amber and her therapy donkey Shocks share a lot in common, including have a tough go of things early in their lives. Shocks was rescued from captivity, having been tethered with a rope around his neck while his skin was covered in lesions from terrible living conditions and constantly being tethered.

Thankfully, Shocks was saved from captivity and sent to the Donkey Sanctuary in Birmingham, England, where he would go on to recover and eventually meet Amber. 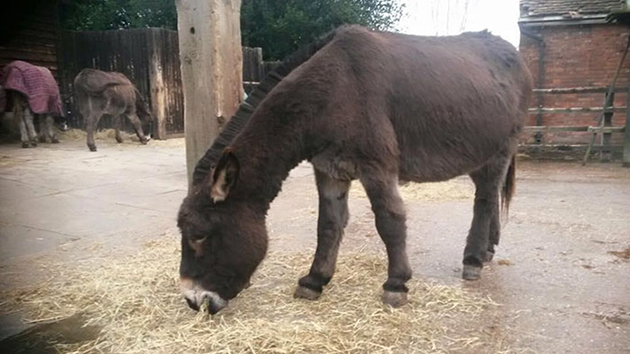 Amber has also suffered setbacks in life, having been born premature with her twin sister, resulting in life-saving surgery to ensure they both survive. Unfortunately, the airflow to her vocal chords were cut, leaving her mute. 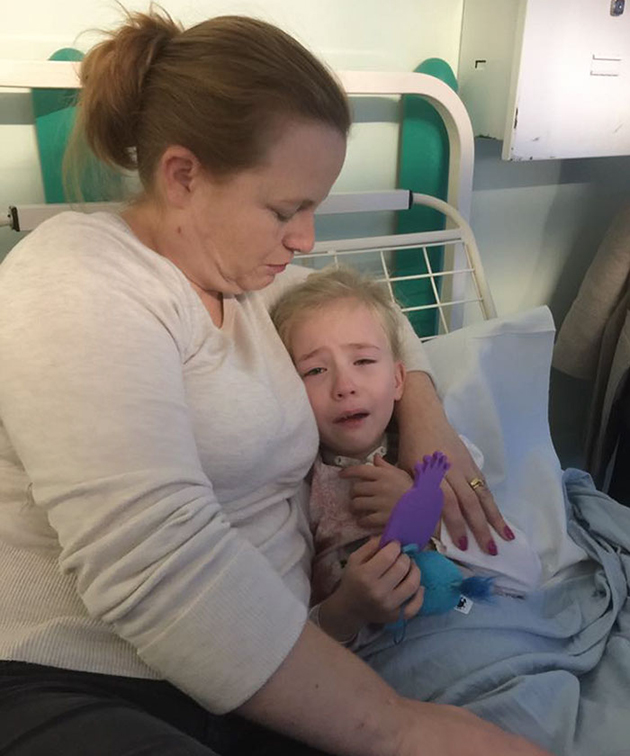 As if that wasn’t enough of a setback, Amber also suffers from cerebral palsy, limiting her movement and leaving her with another thing to deal with every day. 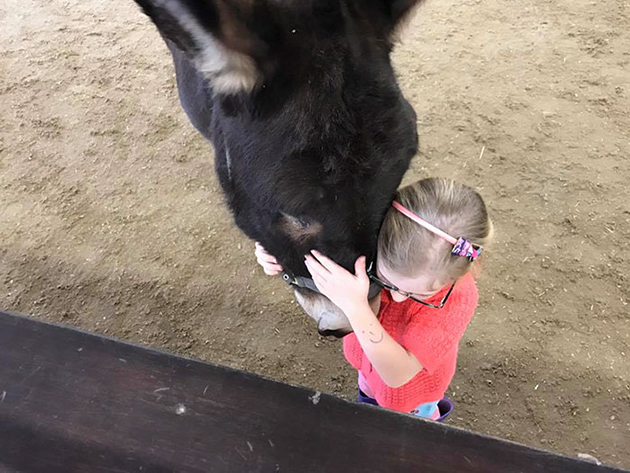 Things to a turn for the better however, and it all can be credited to the loveable Shocks, with the two forming a close relationship upon meeting. 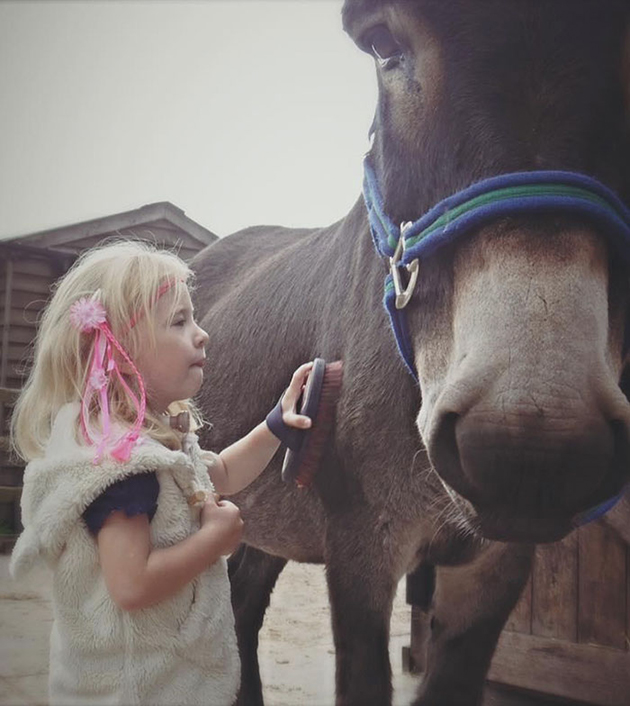 It was fairly immediate to see they had a bond together, as they were both so gentle with each other,” Amber’s mom explains “They really seemed smitten!” 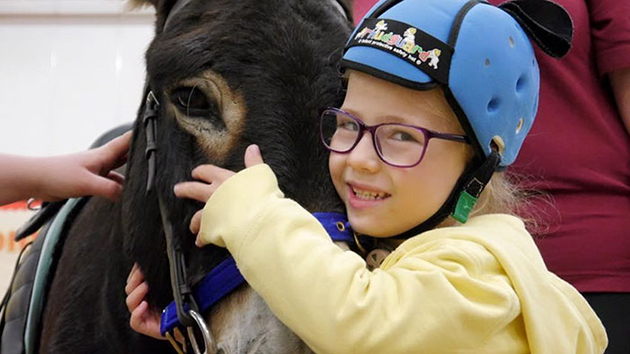 Before long, her muscles began to strengthen and her health continued to improve, and in she eventually would undergo surgery that doctors hoped would return her speech. 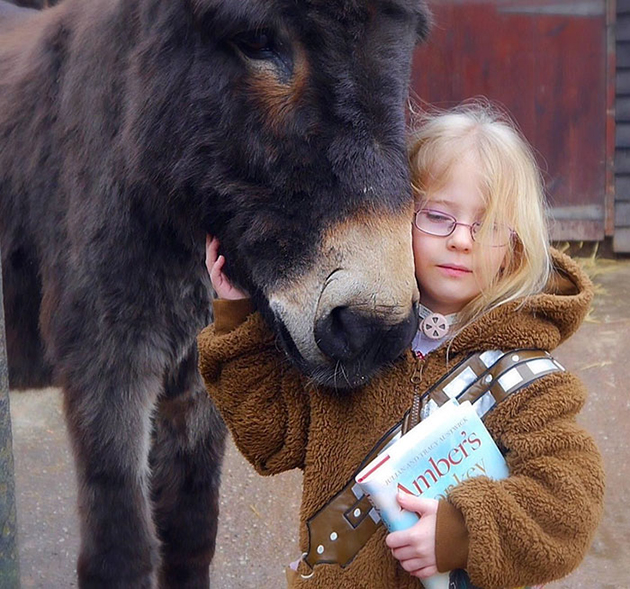 Amber did manage to speak for the first time after the surgery, and it is only fitting that her first words were “I love you, Shocky.” 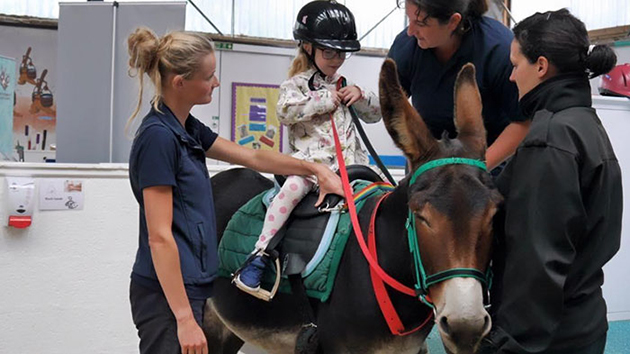 “It was such a proud moment and of course a massive relief to know that she could speak,” her mother remembers. “I’d say they healed each other.” 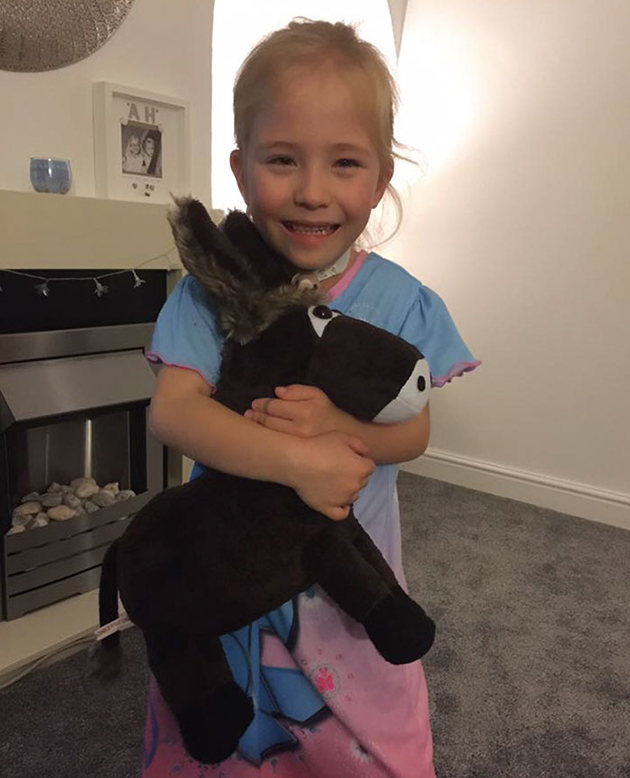