Juravinski Hospital in Ontario recently became a part of the Zachary’s Paws for Healing, which was launched by Donna Jenkins. As per this program, pets can visit seriously ill human beings. Donna first saw her 25 years old nephew named Zachary improving greatly from Hodgkin’s lymphoma when he had dogs around him all the while.
Jenkins said that when Zachary was sick for several weeks and was undergoing a stem cell transplant, all that he wanted to do was see his dog named Chase. Jenkins then managed to sneak in Chase to the ICU and it had an astonishing result on the health of Zachary. However, time was not with Zachary and he realized that he will not make it alive from cancer and made his aunt promise to come up with an organization.
Jenkins said that the moment patients get to see their pets, the vital signs improve drastically and it fights depression. They visits are once a week for roughly an hour and the pets are cleaned before they are brought to the hospital.

Seriously ill humans can be visited by their pets in Juravinski Hospital in Ontario, Canada. 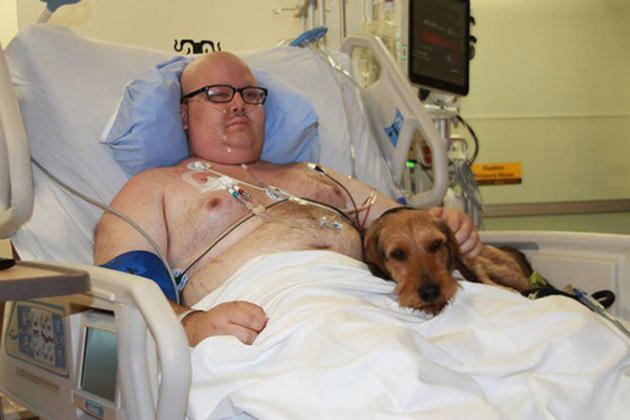 Juravinski Hospital became a part of the Zachary’s Paws for Healing program, which was started by Donna Jenkins. 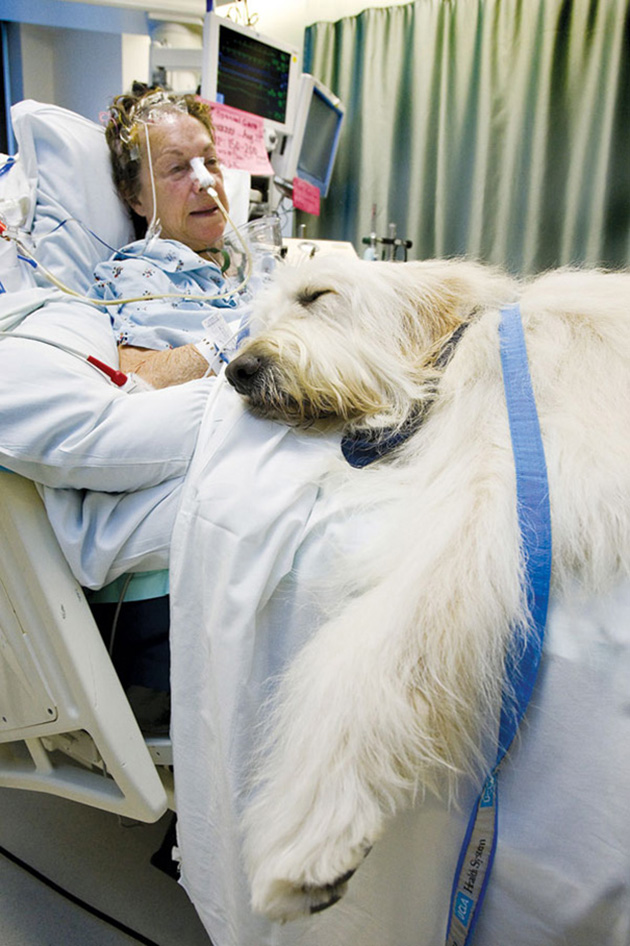 Usually, when ill humans meet their pets, their vital signs improve and they are able to overcome depression to a great extent. 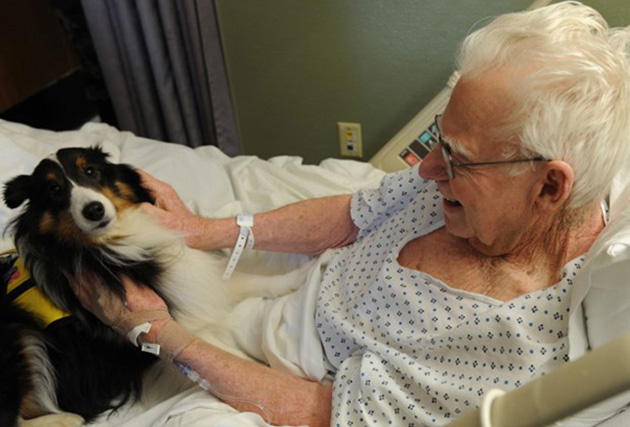 It makes the patient feel motivated that they have to fight the disease and make it home. 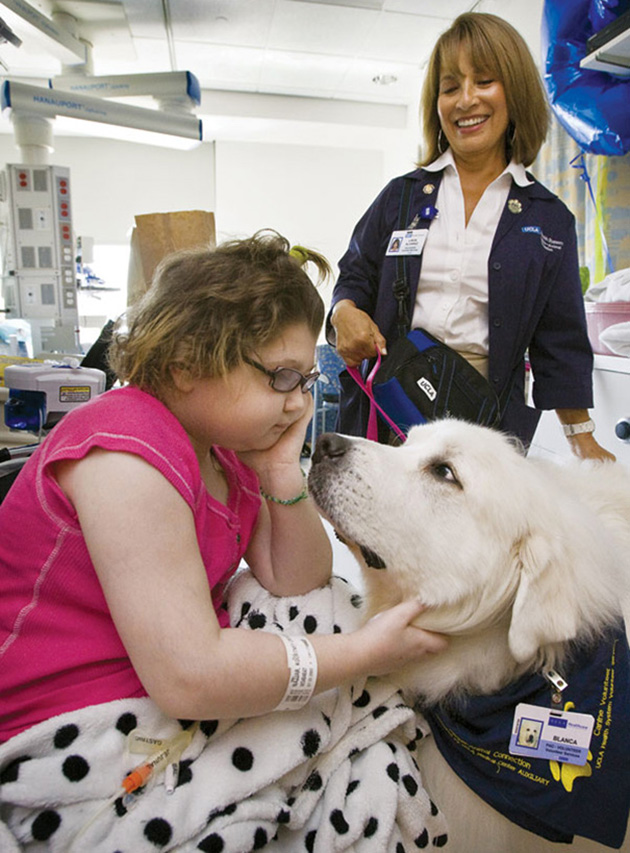 The patient at least starts to feel normal after seeing their pet.

It changes their mind from the routine in the hospital. 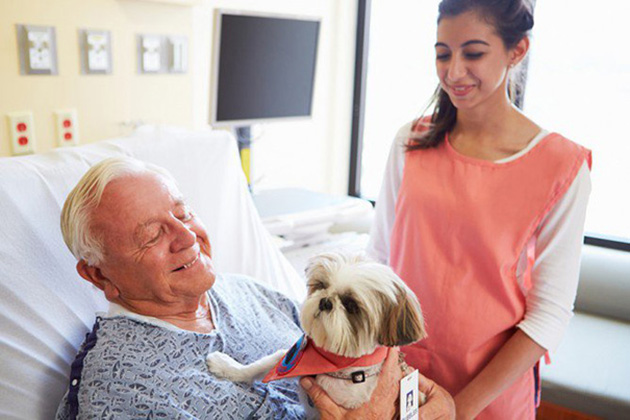 The pets are allowed to meet the humans for one hour weekly. 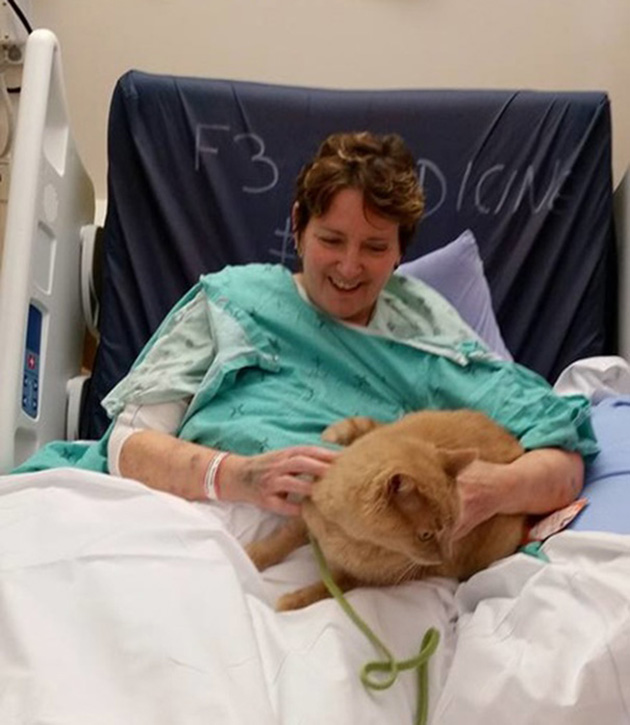 There is no strict time restriction. 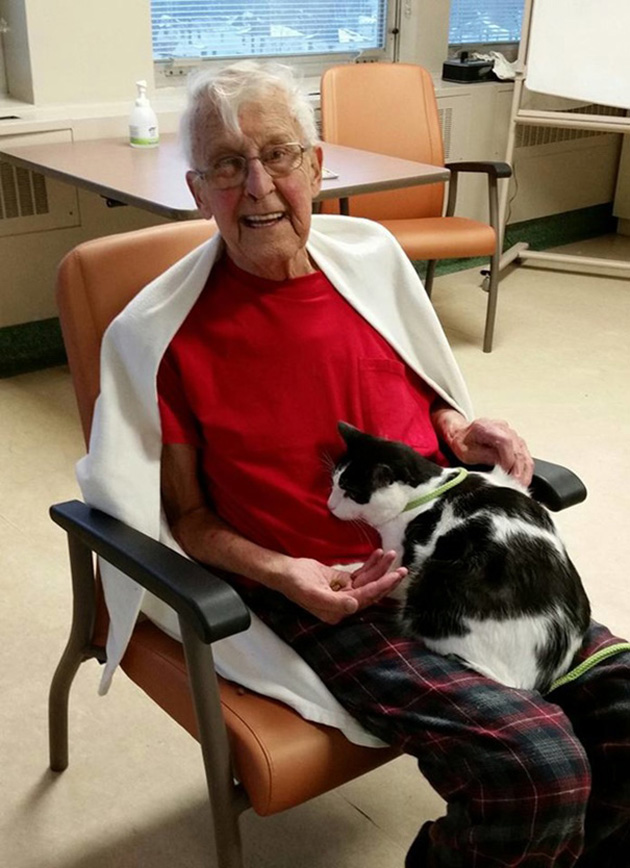 And the pets feel happy too as they get to meet their owners! 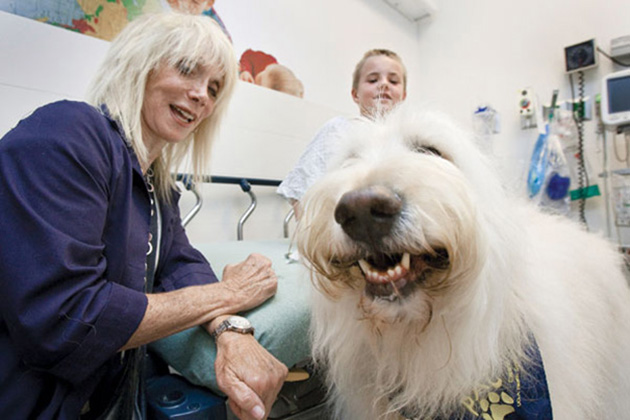