PETA has been the self-proclaimed authority for animal welfare in the UK. A YouTube vlogger based in the UK, Calum McSwiggan, decided to give people with a different perspective regarding the same. He leveraged on Twitter’s platform to expose the true colors of the organization.

Off late, PETA has come under fire for making use of barely dressed women for marketing. As per a press release in March 2017, it was found that PETA had performed euthanization of over 1400 cats and dogs in Norfolk, Virginia back in 2016. Their press releases and actions are mutually contradicting and off late, they are more concerned about getting media attention than having to do what they intended to do!

In the thread started by Calum, there are now 6k followers along with likes and shares; clearly depicting that Twitter users also have come out in the open in raising their voices against the double standards of PETA. You would be shocked to know that PETA had called thousands of animals just because it could not afford to take care of the rescued animals! We hope PETA stops their stupidity and does what they claim they do! 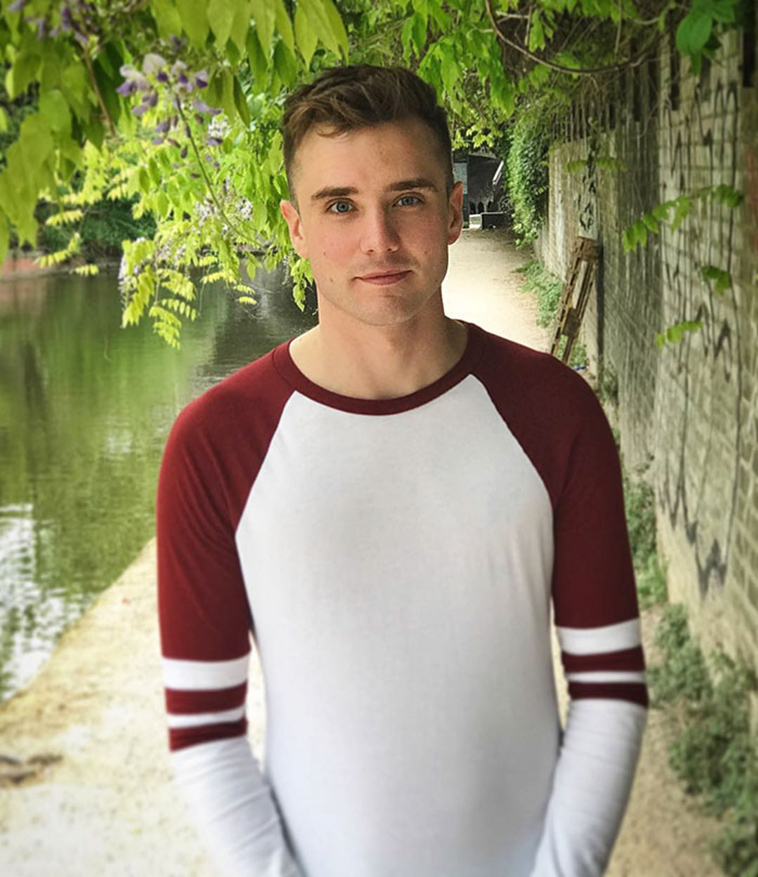 Recently, he posted a scathing Twitter thread about PETA, and what he wrote may shock you 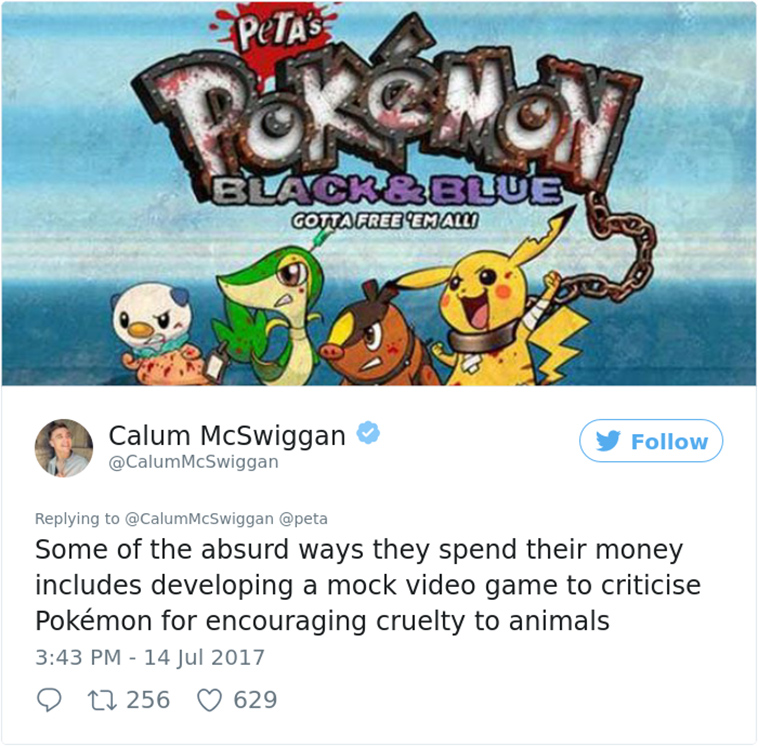 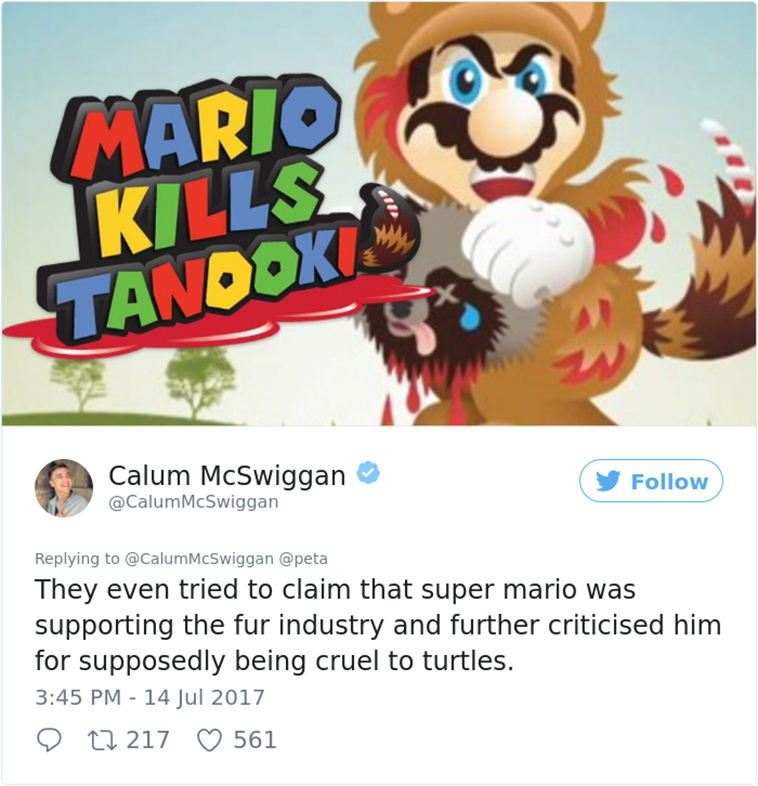 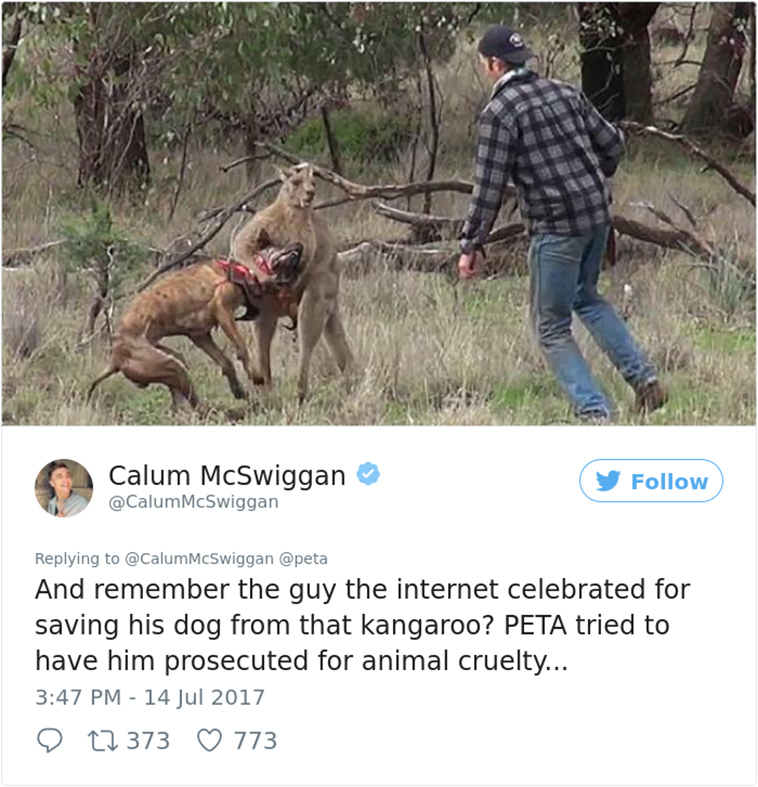 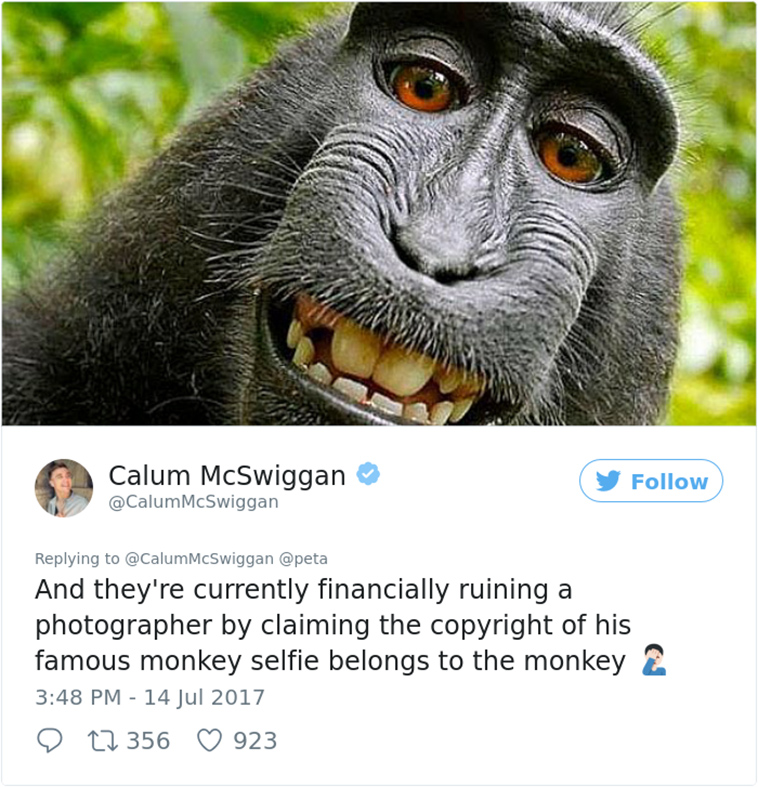