Insults are clearly are a part of daily talking whether we want or not. It is quite possible to hear any insulting word in the streets, social places, and even schools. While some people want to get rid of insults in their conversations, some are just okay with them. PETA has a little bit different struggle with insults recently. They struggle with animal-oriented insults. They say ‘Calling someone an animal as an insult reinforces the myth that humans are superior to other animals & justified in violating them.’ and call people to ‘Stand up for justice by rejecting supremacist language.’ Here is the debate that PETA started about animal-oriented insults. 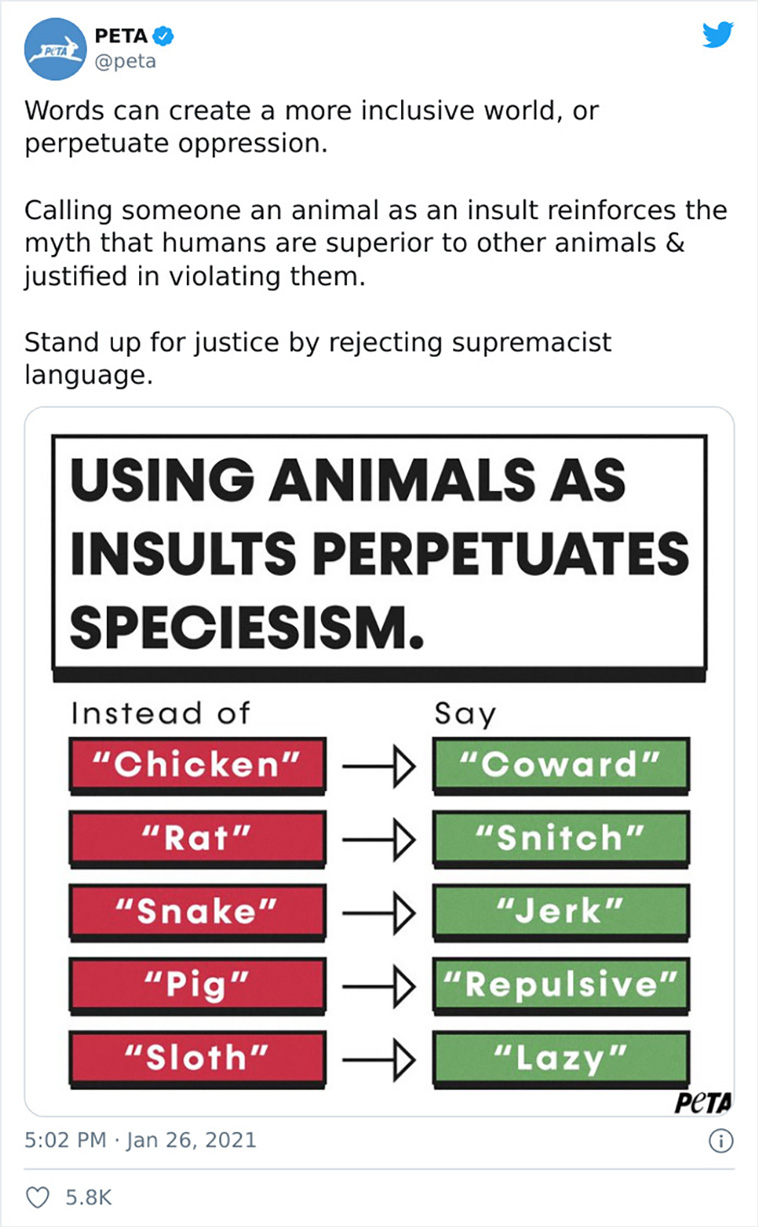 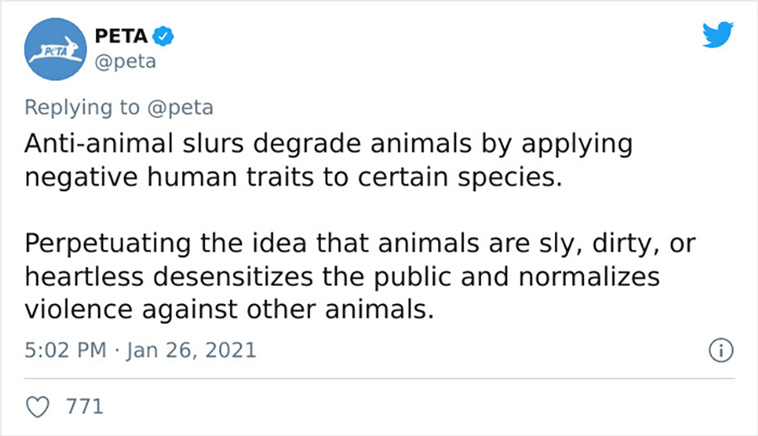 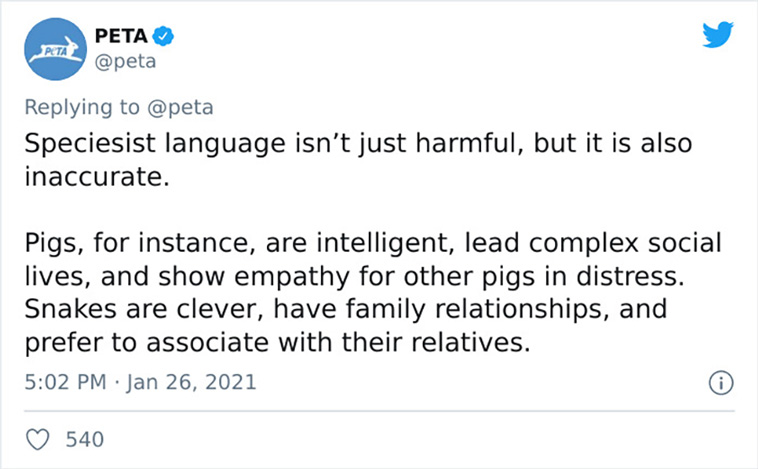 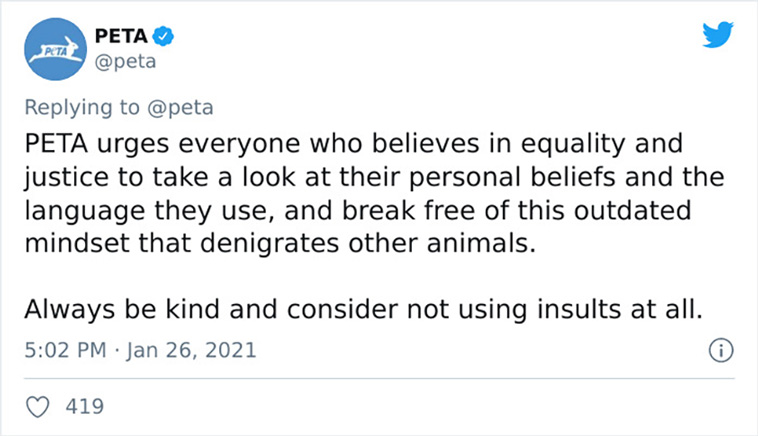 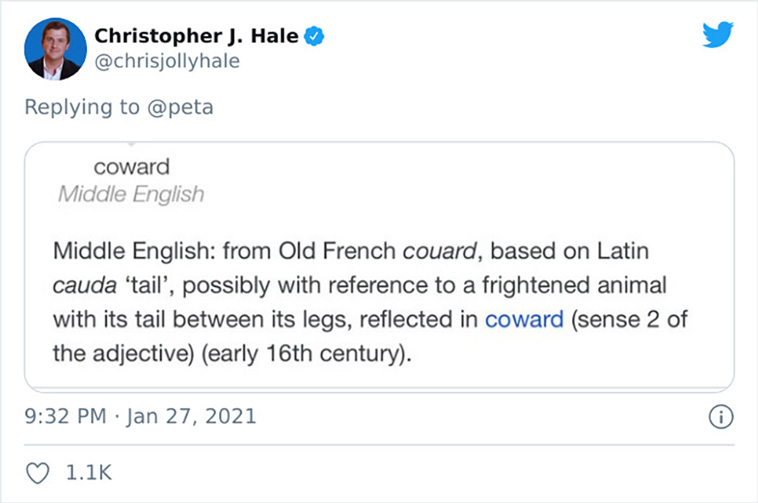