“They definitely knew what they were doing.”

Chloe was born 15 months ago in a family of her parents, Chris Cardinal and his wife, and her two brothers Goldens: Bleu and Colby. 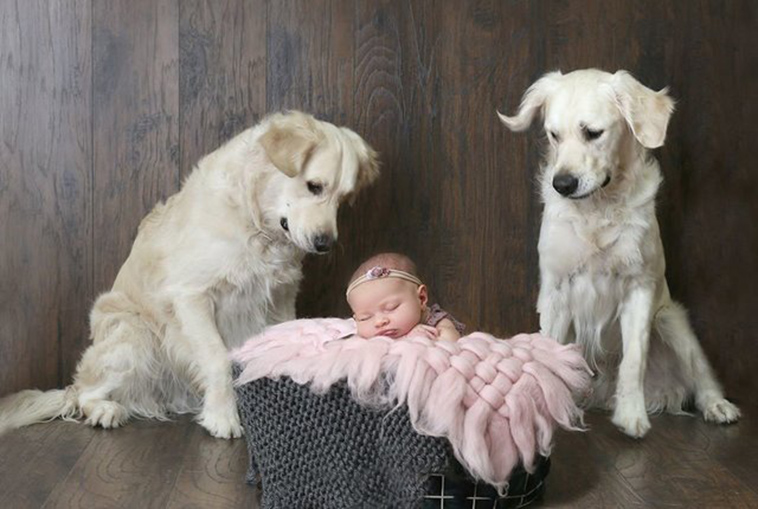 This toddler became a ‘criminal’ when the Bleu and Colby saw the potential.

“Colby was immediate, ‘This is my person,'” Cardinal told. “Bleu took some warming up. Then he realized she was capable of giving pets.”

Chloe was taught to love animals and respect them. This education is even strengthened with the help of the dogs.

“Chloe wakes up every morning and asks to see ‘puppeh,'” Cardinal said. “She has to go give them their pets each morning. They teach her how to be gentle with animals, socialization, etc. — and also how to get back up when they knock her over, which happens from time to time.” 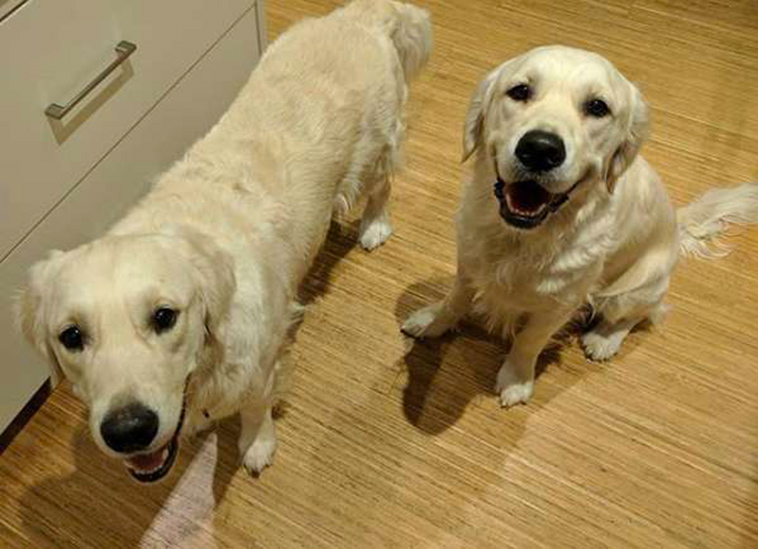 Along with their friendship, there was something else beneficial for the dogs. Considered to her parents, she even gives a lot more treat to the dogs when sitting in her high chair. This could be the time that the Golden realized that she had the criminal potential. 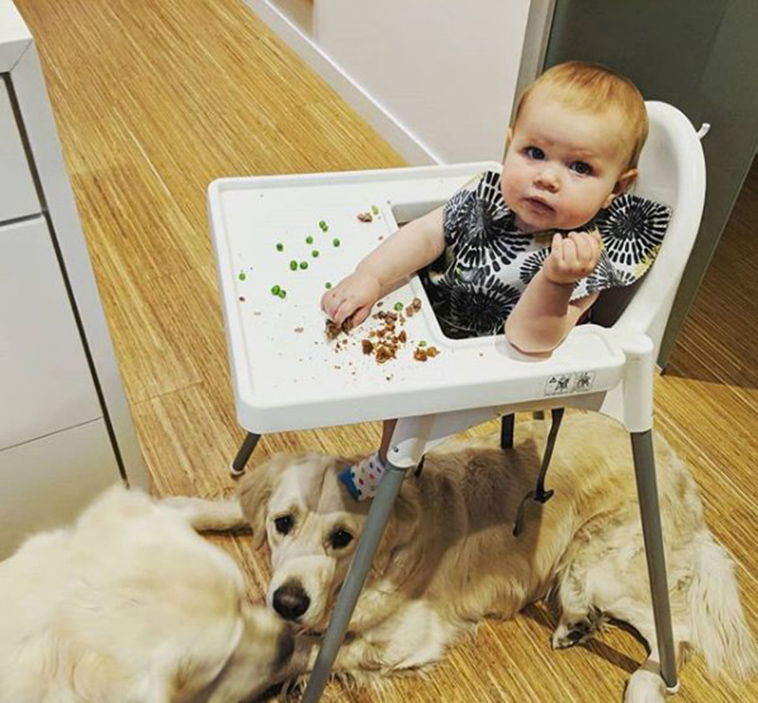 The story began when Chloe’s parents started to find her outside of her bedroom in the morning. To them, it was impossible because she was not tall enough to open the door. After a couple of incidences, they decided to place a camera in her room to see what was going on during the night.

After watching the footage, they were shocked. It was Bleu and Colby who helped her get out of her room! They came to her room, woke her up to get some treats from the kitchen. She would give them snacks!

They definitely knew what they were doing,” Cardinal said. “They start getting really hungry around 6 a.m., and instead of barking outside our room, I think they figured they’d try the baby. They’ve snuck into her room before overnight once, but not for breakfast. (At the time, she wasn’t walking yet.) So this is the first time it affected a prison break.

These sneaky relationships made them think more:

“We’re second-guessing having another baby, for sure” Cardinal joked. 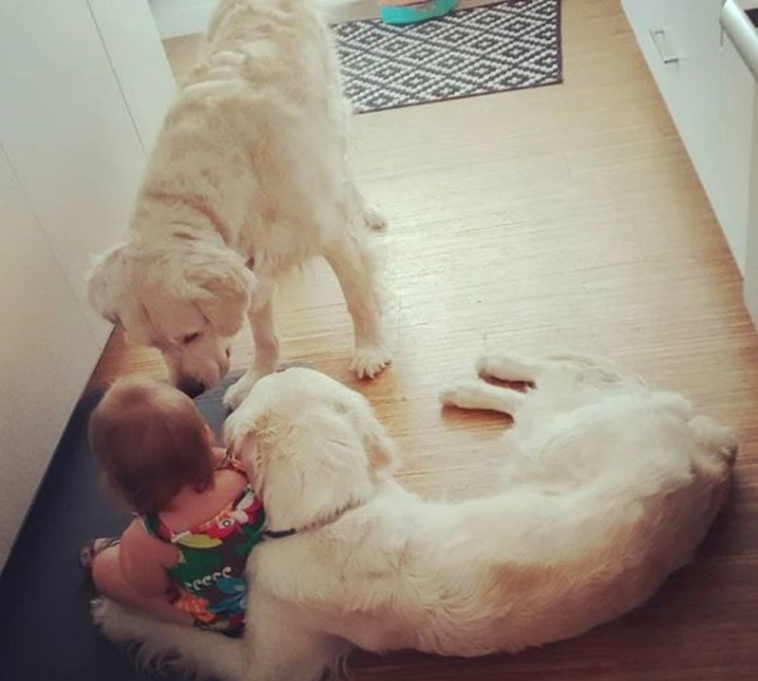