A Reddit user asked ‘What quirk does your pet (past or present) do that nobody believes when you tell them?’ and here 30 of the responses.

Here is more about pets. 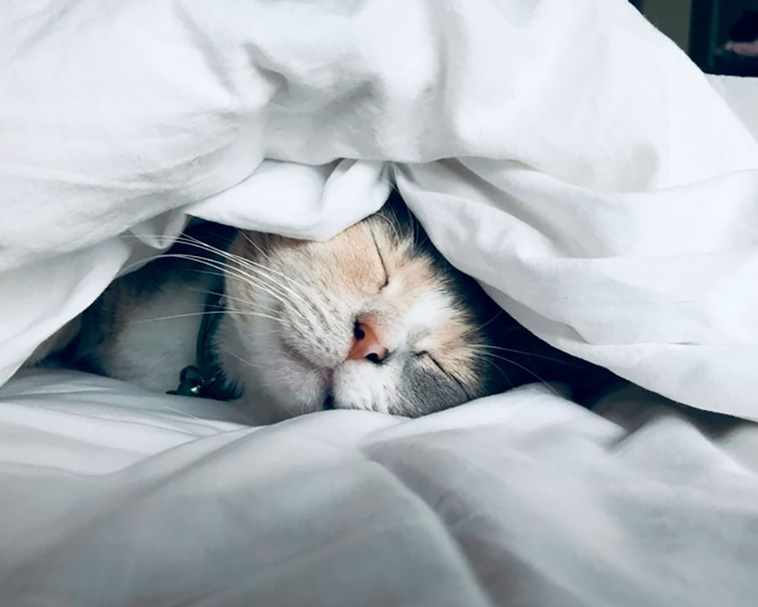 One of my cats legitimately sleeps in my bed. Head on my pillow, under the blanket, held to my chest like an actual baby. He will spend all night like this and get mad if I stop cuddling him at any point. We sleep with our noses almost touching, and I know when he boops my nose with his that he wants me to cuddle him tighter. It’s bizarre but adorable. 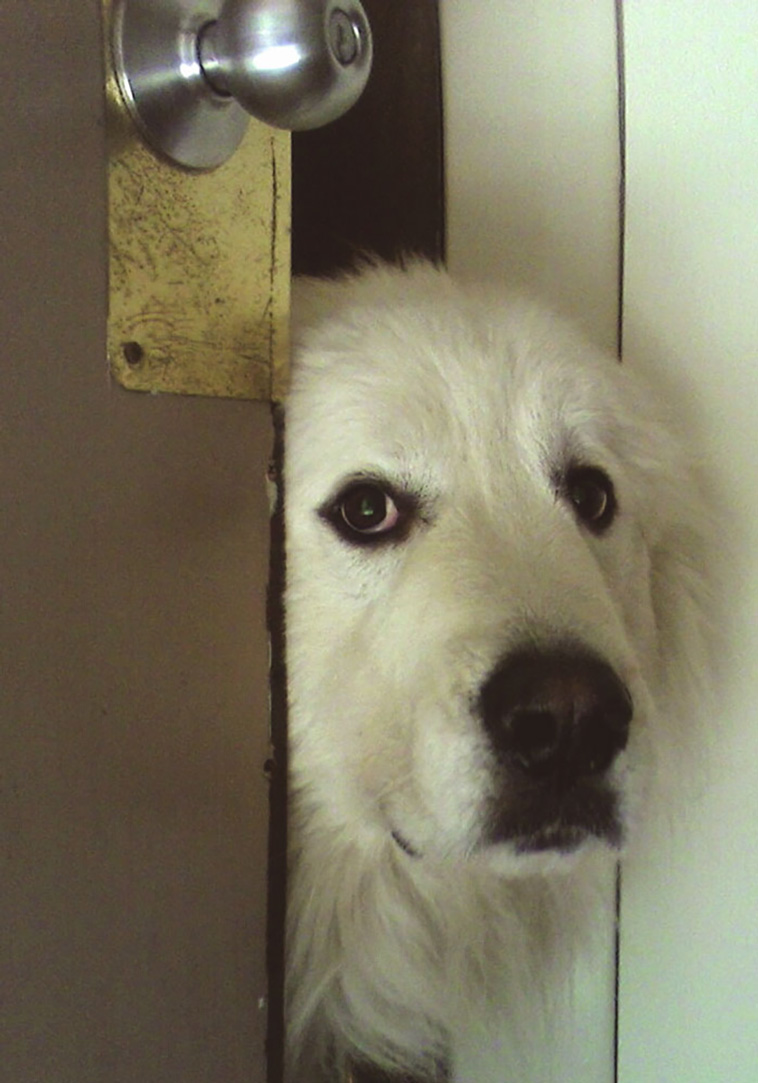 Every night at around 10 pm, my childhood dog would tell me it’s time to go to bed. I could be in the living room watching TV and she would sit at the doorway and make little ‘boofs’ until I eventually got up and followed her to bed. This happened every night from my high school years until the day she passed at 15 years old. I miss that old sassy girl. 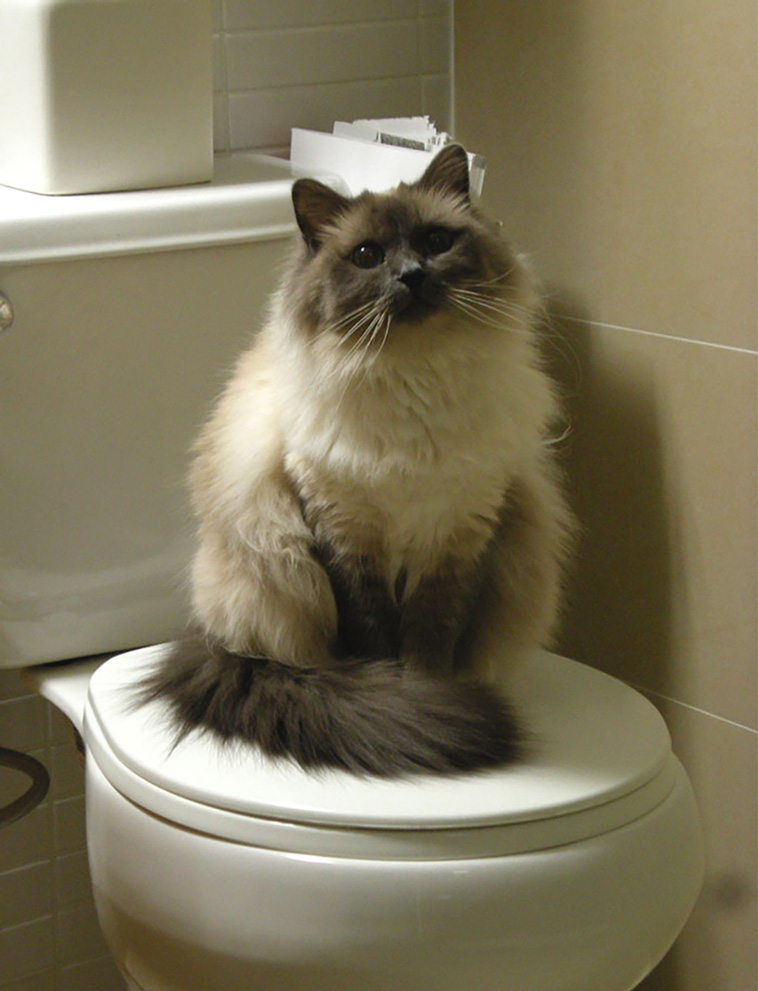 My cat is litter trained, but at some point he figured out the purpose of the toilet and decided to use it. It was just the two of us at the time, so I was confused by the tiny turds in my toilet until I actually caught him squatting on the seat and hanging his furry little butt over the bowl. It was pretty freaking impressive, honestly. 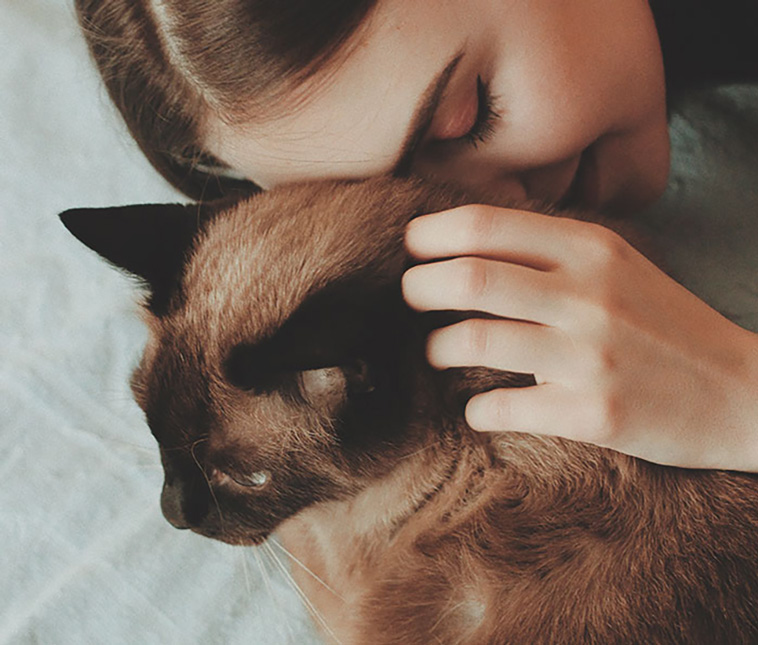 I’ll just be laying around and yell for my cat when I haven’t seen her in a while, “Mildred! Come give me a kiss!” She will always come running into the room and jump on me, she will turn her head to the side and I’ll kiss her cheek, then I turn my head to the side and she quickly pushes her nose into my cheek, she will jump back down and go back about her way after. It’s the sweetest, but I dont bother telling anyone, though. I don’t need to be perceived as the crazy cat lady anymore than I already seem, lol. 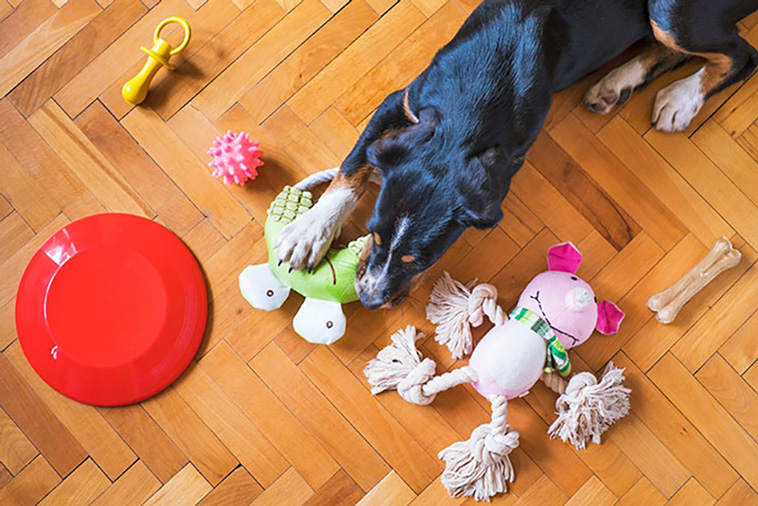 My father’s dog designs elaborate alarm systems with his toys. At night before bed he arranges toys that squeak inside of doorways and at the top and bottom of stairs. If you move the toys he politely waits until you aren’t looking and then places the toy back. They don’t just end up in a spot they are placed there. It also seems that the toys are chosen for each location based on ease of squeak and volume. The loudest toys are inside the door of the bedroom.

One final note on placement. If the door swings inward the toy is placed outside of the door’s arc. If it swings outward it’s right in the middle. 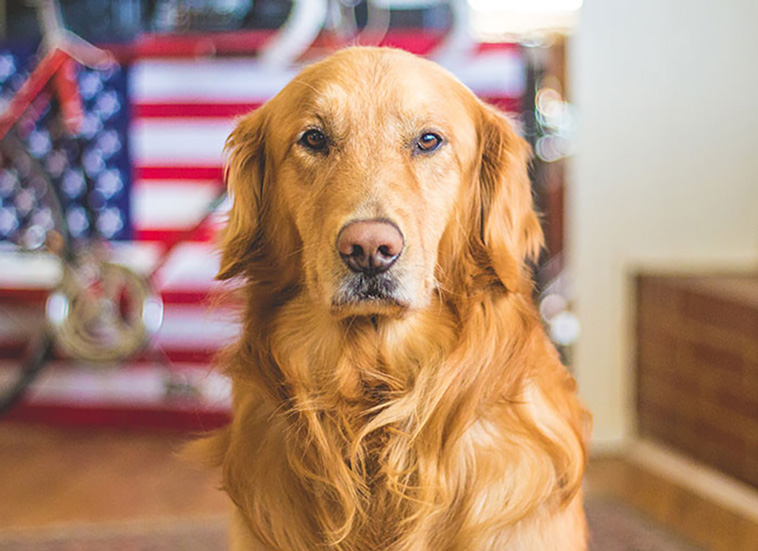 We have a very unique dog that seems to have internalized a set of rules. He is friendly with our 3 cats however if he observes them doing something that we(the humans) have corrected them for previously he will then take on the responsibility for future occurrences by sitting beside the misbehaving cat and barking at them until they stop. 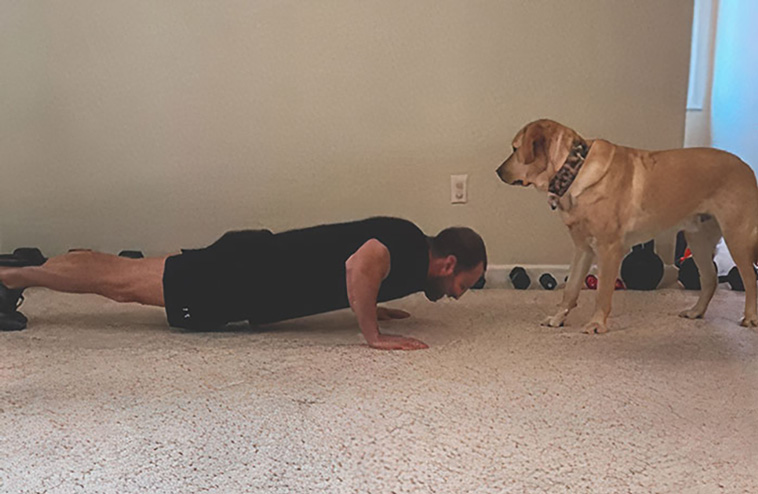 Whenever I do push-ups, my dog crawls under me and pushes up off the floor against my torso, trying to help me up. 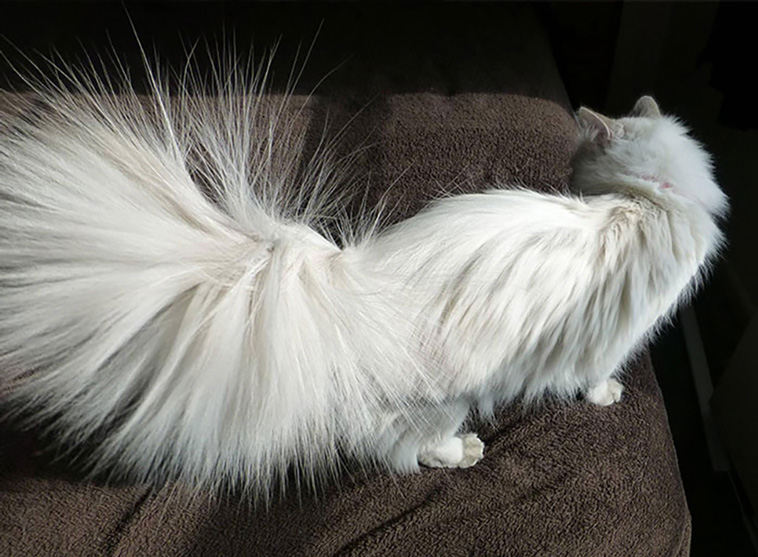 I had a kitty who once accidentally got a static electric shock touching her nose to the edge of my metal flat files. For the rest of her long life, she would touch her nose to the corners of things; doorways, furniture, etc looking for more. When she did get shocked again she’d paw at the object and bite in its general direction. I used to “charge her up” in winter by roughing up her fur so she could play her strange game some more. I’ve never heard of anyone else’s cat that did this. She was so unique with such a wonderful personality. Rest In Peace, Corners, my dear friend. 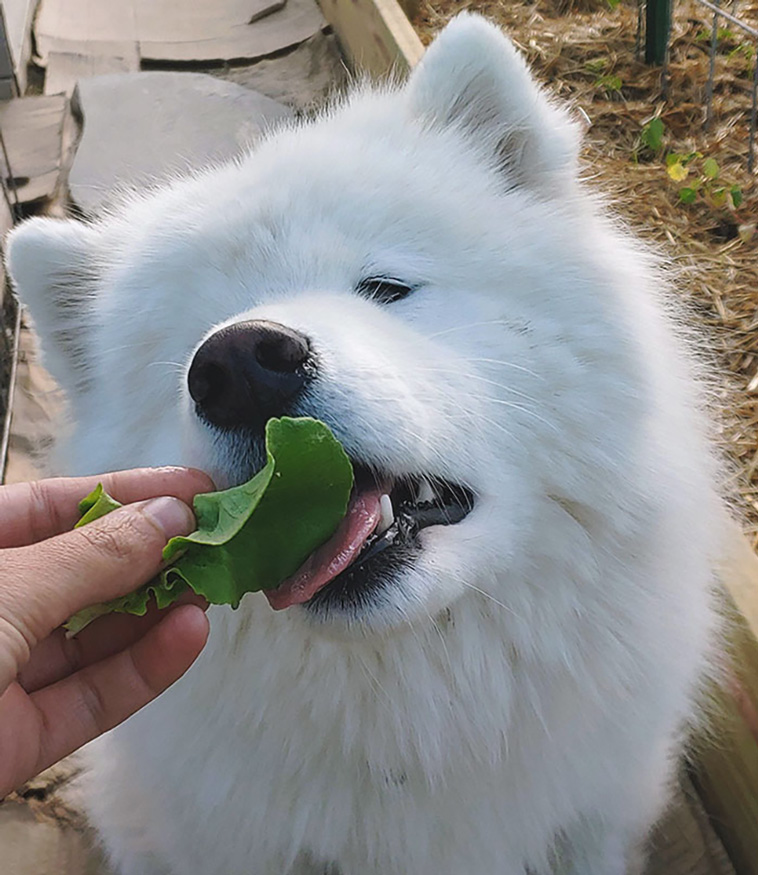 I got my dog Snoopy when I was 10 years and ever since he was a puppy he had this weird love for lettuce. He would go absolutely nuts for it and so whenever I had a sandwich or a burger I would give him some of my lettuce.

Over the years it became a ritual that whenever I prepared any food that involved lettuce for myself, I would grab extra lettuce for him so I could toss it to him as I ate.

He passed away almost 5 years ago after nearly 17 years together, but I still find myself grabbing that bit of extra lettuce for him. It’s kind of funny that his little quirk has still stuck with me for all these years and I honestly never want it to go it away, because it’s a little way I remember him. 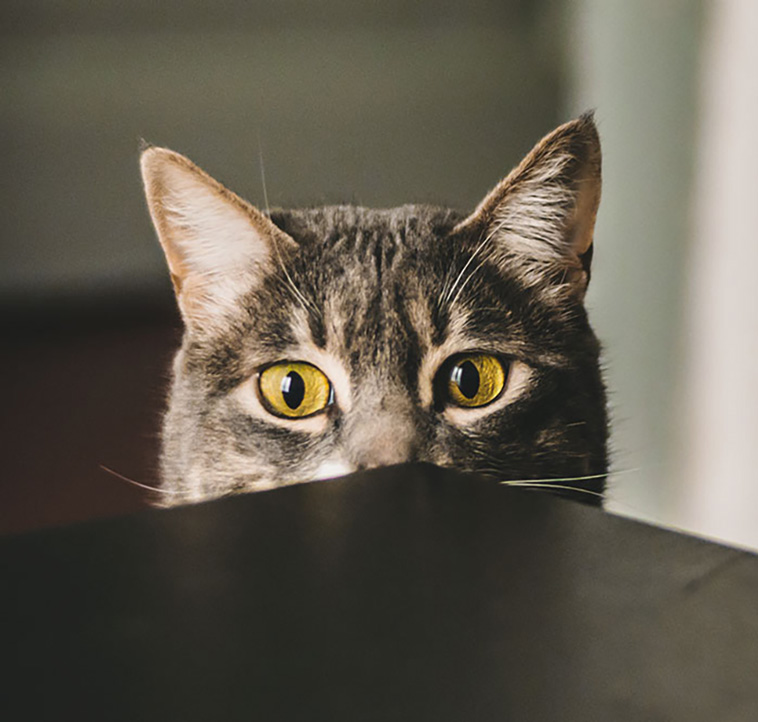 Mine is that our cat that passed away last year use to play hide and seek with my husband Curtis. Curtis would hide and our cat Buster would run around everywhere until he found him. He would even try to sneak up on him. If he was hiding on the other side of our TV console, Buster would crawl under the console just so he could jump out and “scare” him. If ever Curtis hid so well that Buster couldn’t find him, my husband would jump from his hiding spot and say boo. This would make Buster pout that he had not found him on his own and he would go sit on the couch staring at my husband with a “You son of a bitch” face. Buster even got to where he would hide while playing the game. Cats are hard to find sometimes anyway without one intentionally playing hide and seek and playing with the dedication that Buster would play with. We would both look for him until we gave up and sat on the couch. He would then stroll out a few minutes later with a smug smile on his face.