From Indigo Milk Cap to Bleeding Tooth here are some “magic” mushrooms!

This mushroom type is called the Bleeding Tooth. It was known to be growing in North America and Europe but also found in Iran and Korea recently. If it was a dessert it would have been looking delicious but as a mushroom, it looks disturbing. 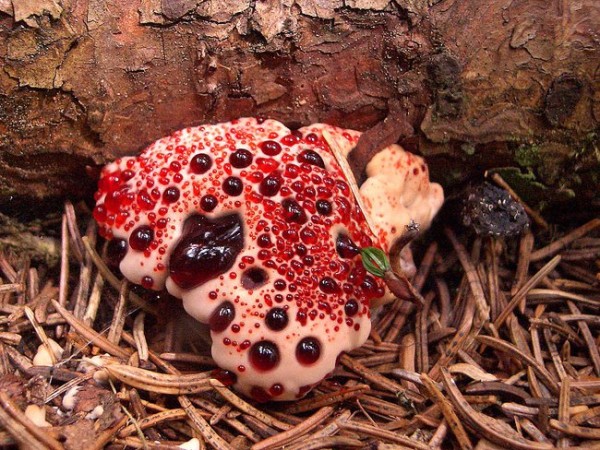 When it is young the Bleeding Tooth releases a red and bright liquid which resembles bleeding and that bleed has clot preventing features. Also, it is where the name comes from. It is not a poisonous fungus yet it has a very sharp taste. 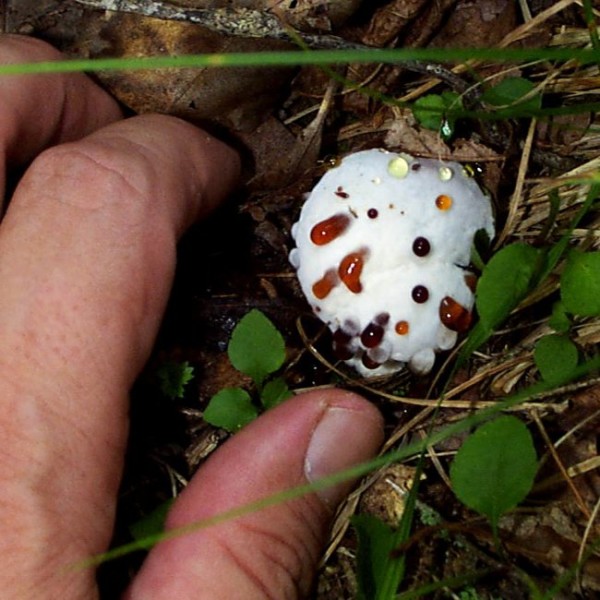 The huge thing you see in the photograph is called a Puffball Mushroom. It is a member of the fungi subgroup Basidiomycota. There are different versions of this mushroom with a shared characteristic. Their cap doesn’t open up like other fungi. They usually look like a big formless cushion. 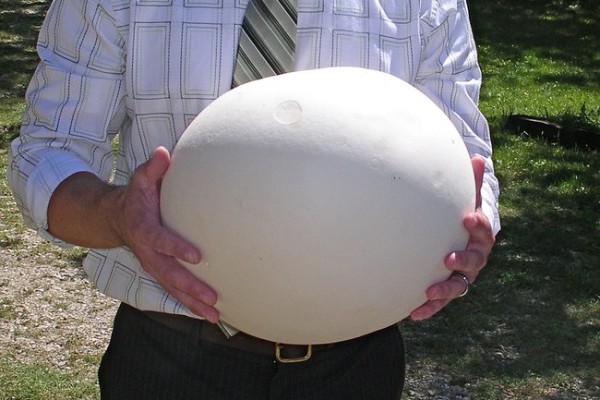 The spores of Puffball Mushroom develop within it and then pop out. When that happens it makes the sound puff especially if somethings touches it. That’s probably where the name comes from. 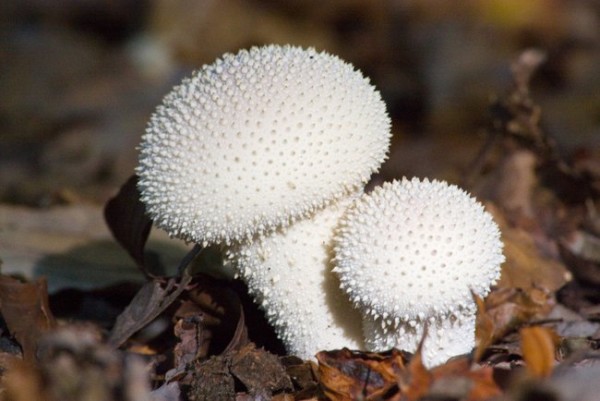 This mushroom is found in North America. It has so many different names such as Satyr’s Beard,  Bearded Tooth Mushroom, or  Bearded Tooth Fungus just to count a few. It looks like a crowded group of white worms hanging down. 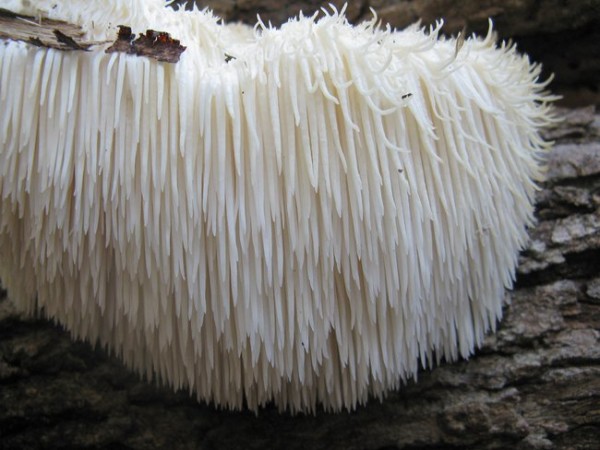 It is another example of Lion’s Mane Mushroom. As you can see, it can hold on to the tree trunks. It is a parasitic kind of fungi and even though it does not look like something to eat, it is eatable. 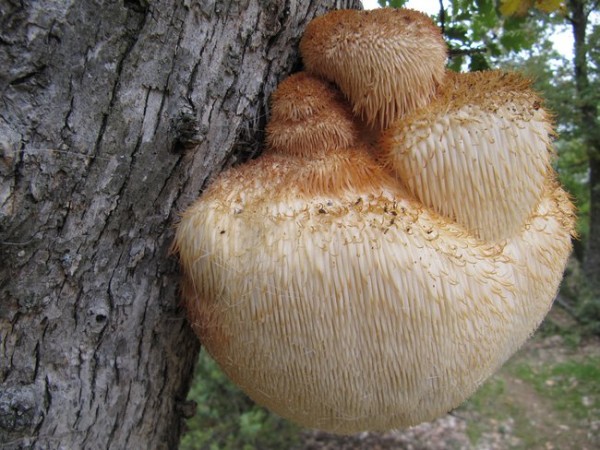 This charming mushroom is called Indigo Milk Cap. It is a purple and blue delicacy of nature. It grows in the forests of East Asia, Central America, and the eastern parts of North America. It looks like something from a fairy tale. 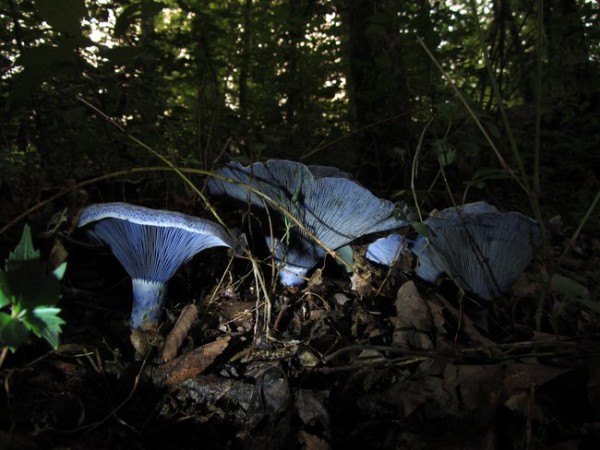 If you cut the Indigo Milk Cap into two pieces, there will be a very nice indigo-colored milk. The color makes it look like it is poisonous but don’t be deceived by it. This mushroom is eatable, you can find it in markets. 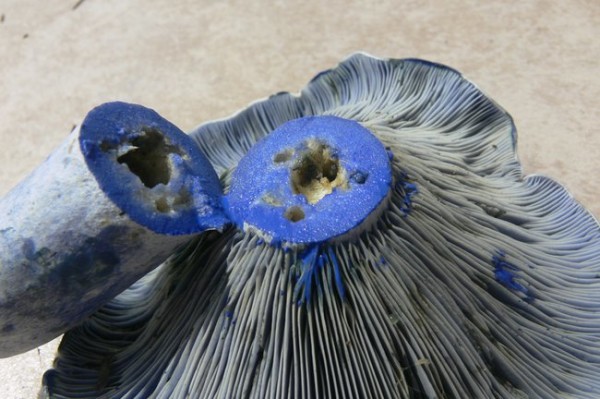 This mushroom could be used for home decoration, it is quite nuanced. Its name is Latticed Stinkhorn or the Basket Stinkhorn, also known as the red cage. It grows on grass, stacks of dry leaves, gardens or mulch covered areas. 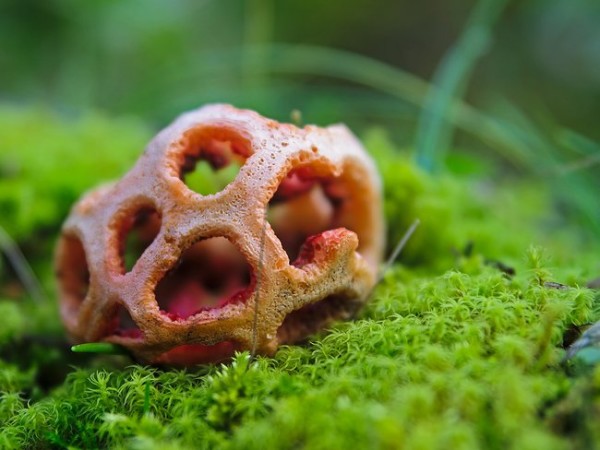 It is not known if the Basket Stinkhorn is eatable or not. The reason is its smell, it smells terrible that no one is attempting to give it a try. Now we know where the name comes from and we also know that it is not a good idea to use it for decoration! 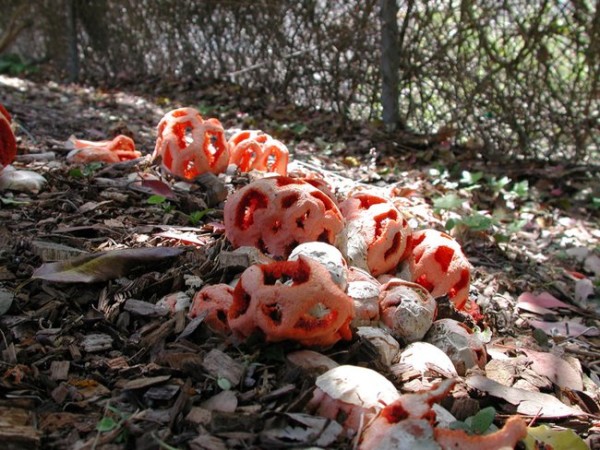