No matter how creepy these mushrooms may look, you have nothing to fear.  Clathrus archeri, its official name, is a specific kind of mushroom that is native to New Zealand and Australia, but it is known more commonly around the world as “Devil’s Fingers”. 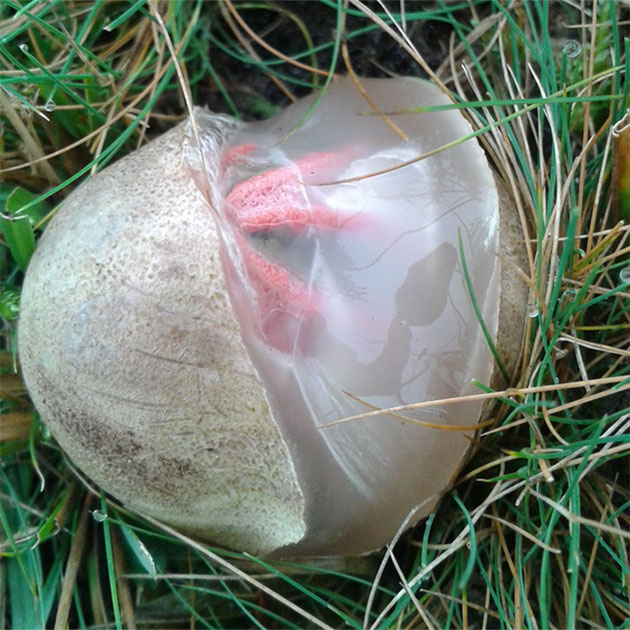 This is because it grows from a strange sagging egg sack that eventually bursts into a sticky red and black batch of tendrils that seem to be reaching from the ground up to our world.  It looks terrifying, but it is totally harmless – even to fly! 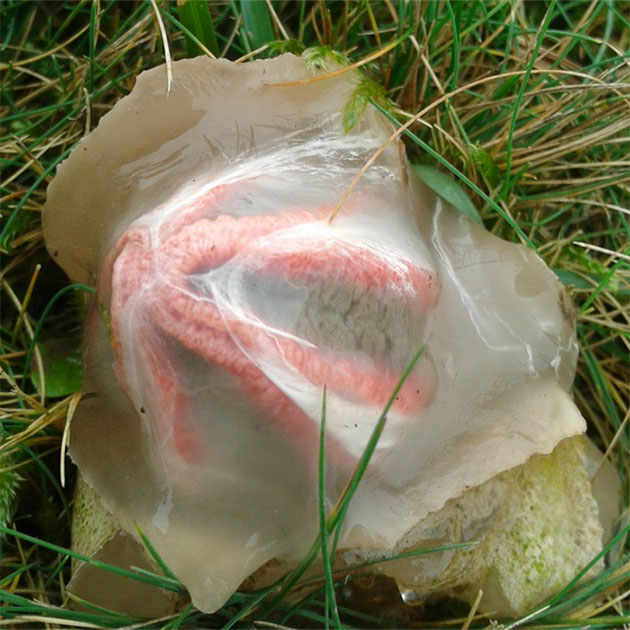 There is a sticky solution on its “fingers” which is meant to attract flies so that they can spread its seed so that it can flourish elsewhere. 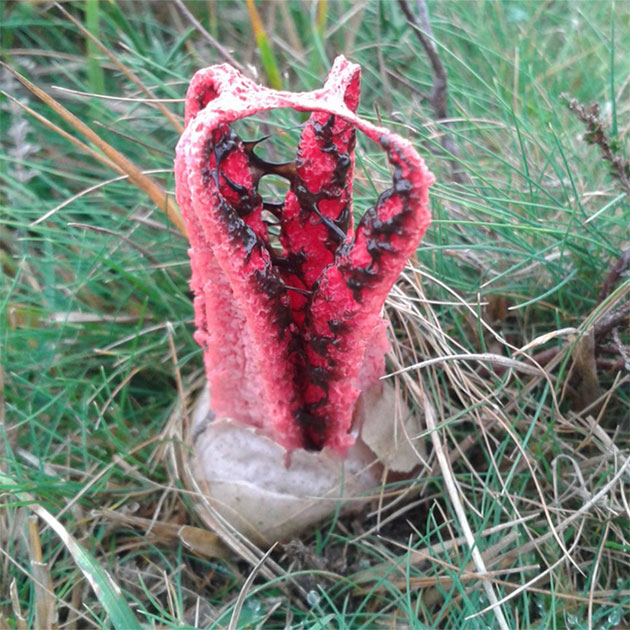 While no one can argue that this is anything short of terrifying, it’s totally harmless and you don’t need to panic or cry if you find that there is one starting to sprout in your back yard. You haven’t been marked as the sign of the devil, and  everything is going to be fine. 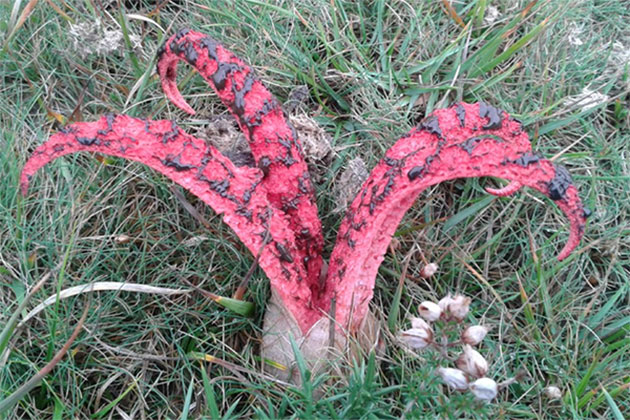 The other members of the Clathrus genus are just as fascinating. There’s the Clathrus ruber, which expands into this amazing latticework structure… 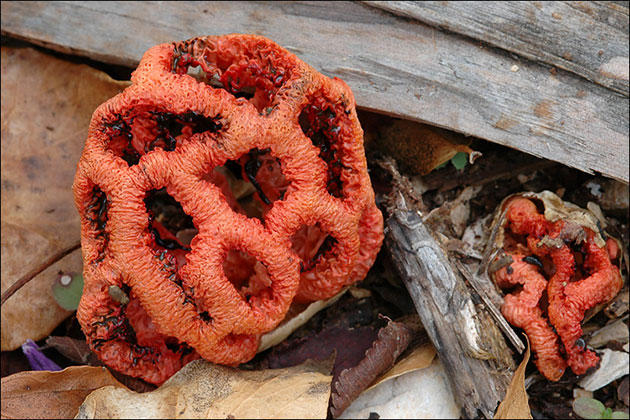 …And another cousin, the Pseudocolus fusiformis, which looks like the progeny of some horrifying squid monster. 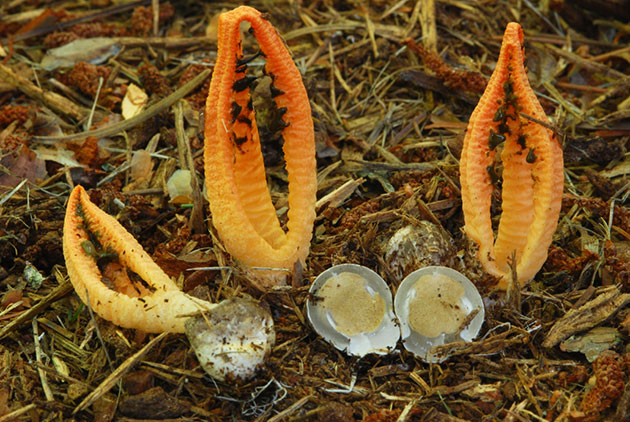 As amazing as these are, I was even more stunned to learn that devil’s fingers are actually considered a delicacy in some areas. Personally, I think I’ll just appreciate them from afar, thank you very much.