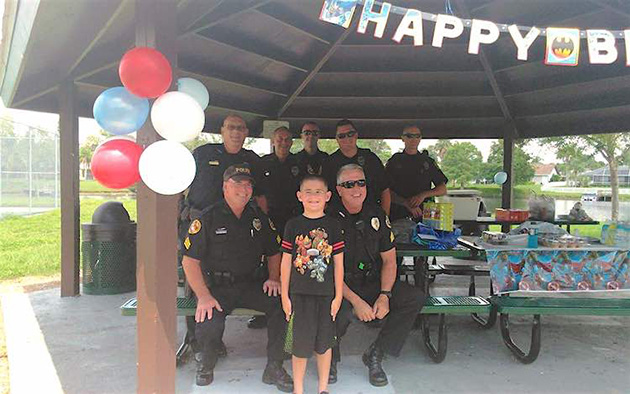 There’s nothing more heartbreaking than a child spending three year’s of birthday’s alone.  This was a tale that was about to become a reality for an autistic boy who had spent two years alone when no one RSVPed to his birthday party.  On the third year, his parents sent a invitation to the local police department, the boy’s local heroes, in hopes that someone would show up to give him at least one friend at the party.

To their surprise – and the boy’s delight – the entire department showed up with cake and presents so that the boy was overwhelmed with loving fans that genuinely wanted to be there,  From that time on, it was success across the world, too, as people sent him messages wishing him a happy birthday through social media.  It was certainly not a birthday to forget, and those who didn’t get invited were certainly kicking themselves for it.

This spurred other cities to do the same thing for similar children, and now there are yearly celebrations for those kids who had birthdays and felt left out when no one came.  It is a campaign that is heartwarming by definition.