There are always some mysteries that have been waiting for being solved, some of them are thought of as mysteries even if they were solved already. Here are 30 famous mysteries that actually were explained scientifically

1. Why The Mayans Vanished 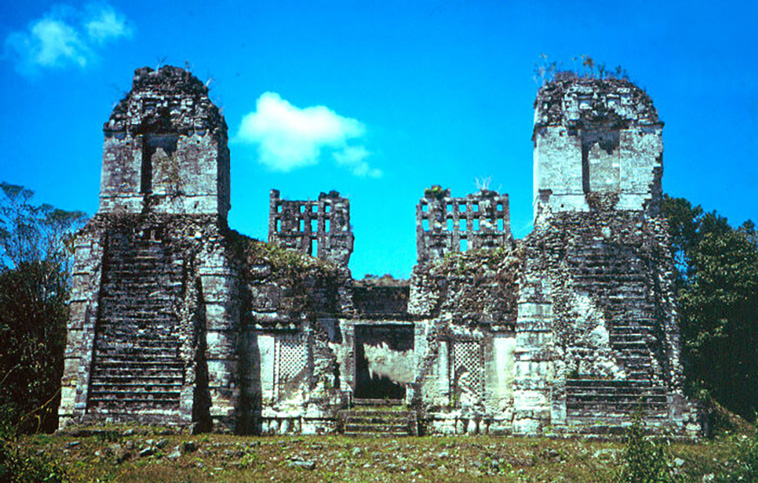 It’s one of the most prominent societal collapses in human history. The Mayans seemingly abandoned their complex civilization and disappeared into the Central American jungle. For centuries, people puzzled over the disappearance, theorizing everything from an internal peasant revolt, to conquest by an outside and unknown people, to a UFO holocaust.

It wasn’t until 2005 that a legitimate theory was put forward to explain what happened, a theory confirmed in 2012. The Mayan civilization collapsed due to a self-created environmental disaster. The Mayans chopped down too many trees, which reduced the land’s ability to absorb solar radiation. This made rainfall more scarce, which caused a crippling drought. The Mayans abandoned their land not due to aliens or revolt, but to find food.

2. The Death Valley Sailing Stones Don’t Move On Their Own, They Float On Pieces Of Ice 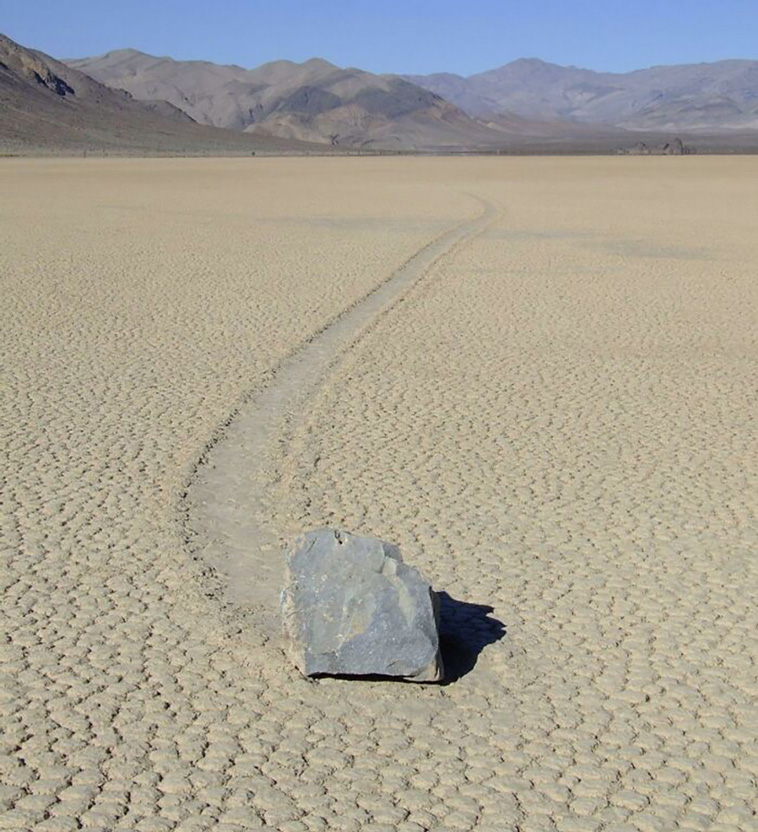 The Racetrack Playa is a flat, dry lakebed in the middle of a desert with the lowest elevation in North America. It’s also home to mysterious “sailing stones” that have baffled visitors since the early 1900s. To an untrained observer, it looks like these stones have moved across the surface of the lakebed entirely on their own, leaving tracks up to 1,500 feet long without any sign of human or animal interference. Many theories have been offered to explain this phenomenon, including strong winds, the pull of the Earth’s magnetic field, a clever prankster – or, once again, aliens.

But thanks to a devoted team of scientists, we now know why these stones move. In 2011, researchers from the Scripps Institute of Oceanography attached GPS devices to 15 rocks and left to monitor them. Two years later, they returned to the site and were lucky enough to witness the phenomenon in person. When Death Valley receives a rare winter rainstorm, water can pool on the flat lakebed and freeze overnight, creating large panes of ice around the rocks. In the morning, the ice thaws and cracks into large sheets, and a light gust of wind is all that’s needed to move the ice across the lakebed’s surface. The ice sheets push the rocks across the lakebed and then melt, leaving nothing behind but the rock’s tracks. The scientists called the phenomenon “ice shoving.” One of them jokingly described the study as “the most boring experiment ever.”

3. Aliens Are Not Responsible For This Ancient Iron Pillar Not Rusting 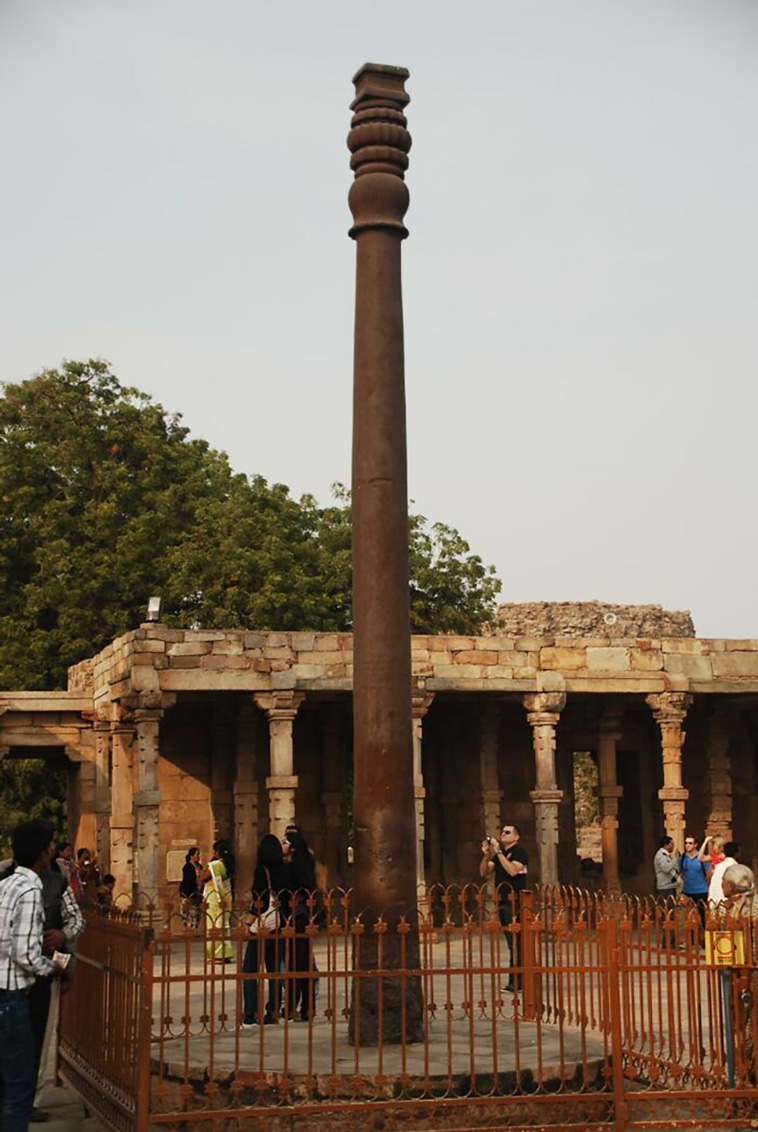 Likely built sometime around 450 CE, the 23-foot-tall iron pillar found in Delhi’s ancient Qutb Complex amazed both locals and scientists because of its seeming resistance to rust. Theories about the “out-of-place artifact” abounded, with one explanation being that it was built by aliens, since local people at the time couldn’t have built such an element-resistant object.

But recent scientific analysis showed that not only was such a feat well within the capabilities of ancient people, it also revealed exactly why the pillar doesn’t rust. It’s coated with a thin layer of iron hydrogen phosphate hydrate (also called misawite), which keeps the elements out. The film likely ended up on the pillar through a combination of impurities in the iron and the primitive ovens the metallurgists were using. No ancient astronauts needed.

4. Anastasia Romanov Did Not Disappear And Assume Another Identity; Her Remains Were Verified In 1991 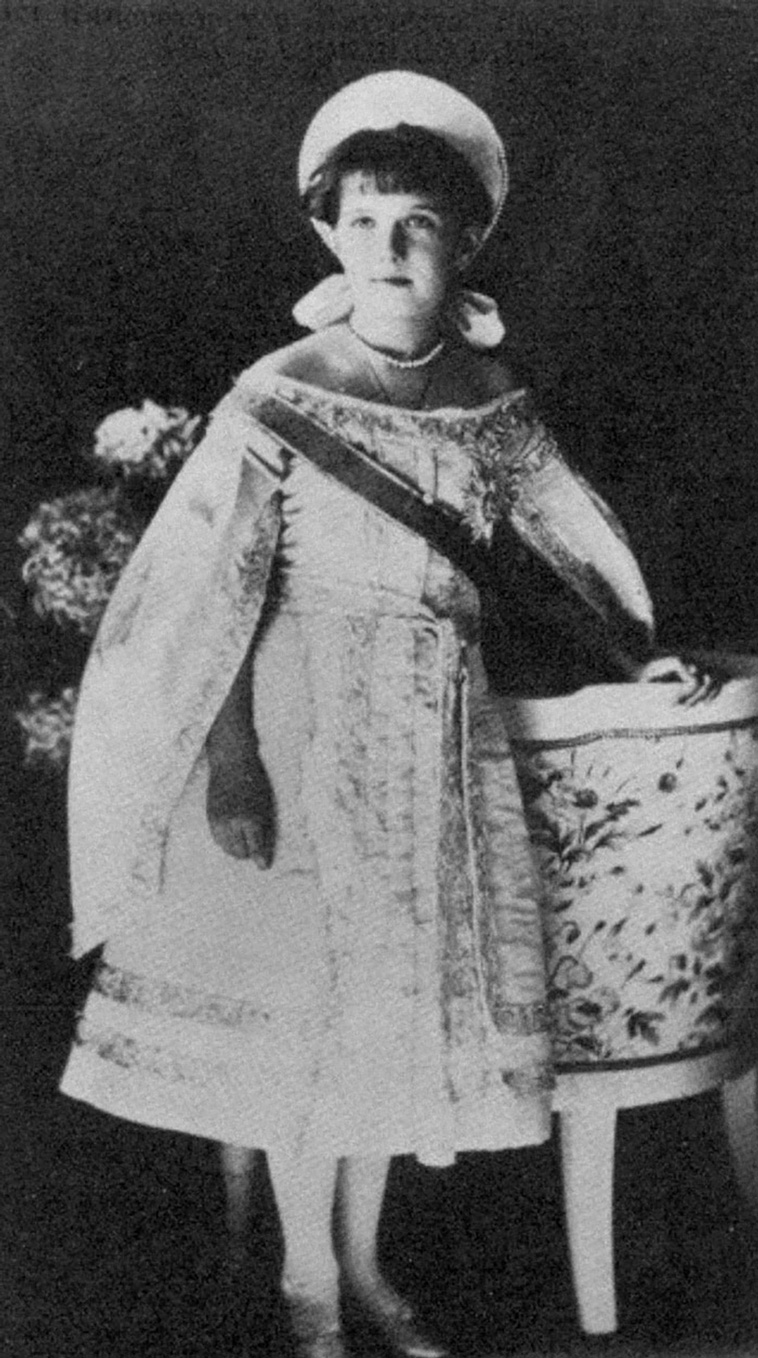 The Romanovs’ remains were rediscovered in 1979, and they were finally tested after the fall of the Soviet Union in 1991. 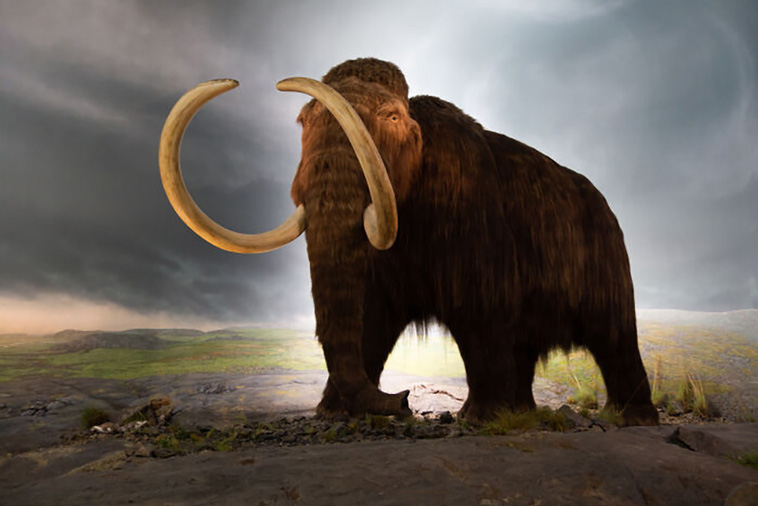 Scientists were confused as to why a whopping 70 percent of mammoth fossils were males and those of females were so rare. In 2017, the Swedish Museum of Natural History found that this was due to poor male mammoth living arrangements.

When male mammoths reached adulthood, they were kicked out of the female-led herds. The males then either lived as hermits or formed bachelor herds. As such, the exiled males would engage in riskier behavior that would lead to a better chance of fossil preservation, like getting trapped in a sinkhole or a bog.

6. The Black Sinkhole In Florida 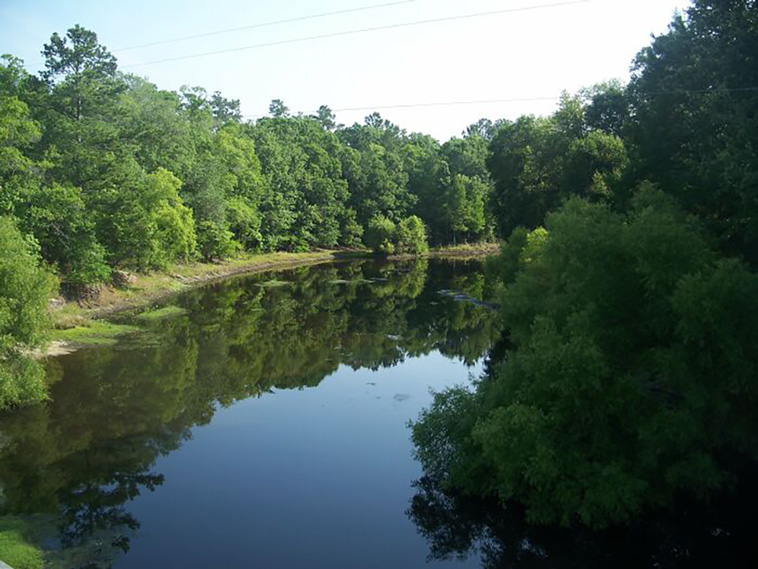 The sinkhole in the Aucilla River, south of Tallahassee, in Florida, has been known by archaeologists for years. However, it is so dark that no divers would want to explore and examine it. But Jessi Halligan, a Florida State University professor, decided to conduct some research. The diving expeditions found mastodon tusks that had long grooves left by human tools. The discovery implies that humans inhabited the Florida area much earlier than had been thought initially thought, which dates back as far as 14,500 years ago.

7. The UFO That Crashed Near Roswell In 1947 Was Actually A High-Altitude Balloon 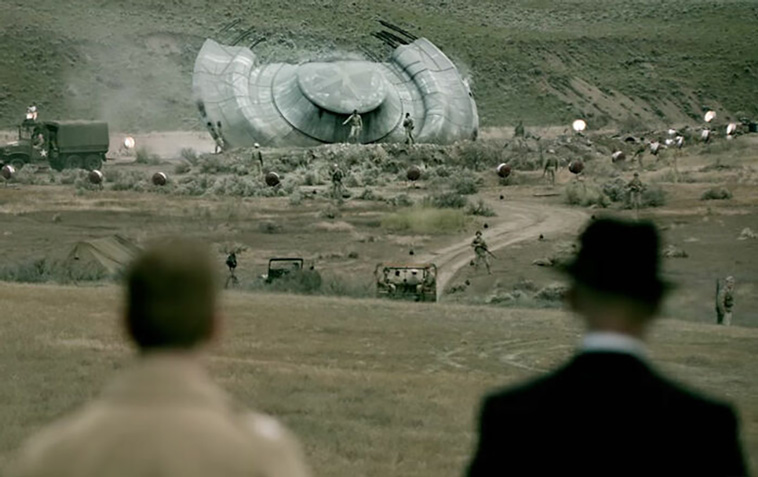 The “UFO” that crashed near Roswell, New Mexico in 1947 wasn’t alien at all. It’s actually a high-altitude balloon designed to monitor Soviet atomic tests. However, the government’s commitment to secrecy during the Cold War left the explanation as vague as possible, allowing decades for conspiracy theorists to spread their “work.”

8. The Kidnapping Of Carlina White 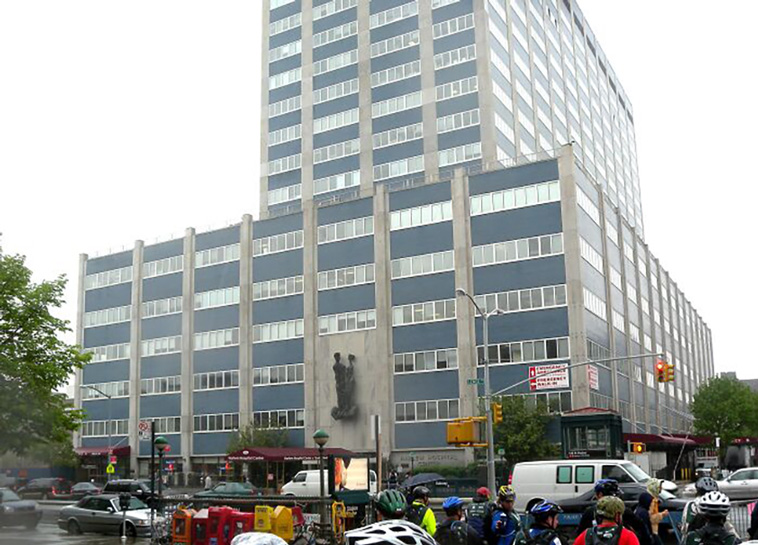 Carlina White, who was kidnapped as a baby, was later reunited with her birth parents. On August 4, 1987, Carlina, who was only 19 days old, was rushed to New York’s Harlem Hospital Center. Suffering from an infection and high fever, Carlina was admitted, but disappeared during an early morning shift change. Witnesses claimed they saw a woman dressed as a nurse somewhere near the NICU, however, the hospital’s video surveillance system wasn’t working, so an accurate description wasn’t possible.

This incident was the first non-parental infant abduction in New York history. A reward was set up for Carlina’s return, but she was never found. The parents sued the hospital, won a settlement, and eventually split up. The case remained cold for decades. For the next 23 years, Carlina was raised under a new name by Connecticut resident Annugetta “Ann” Pettway.

Carlina eventually became suspicious that she looked nothing like Ann. This suspicion was further heightened when she couldn’t provide her with birth documents. Carlina began researching things on the net and eventually came across baby photos that matched those of her when she was small. She called the National Center for Missing and Exploited Children and was reunited with her real parents in 2000. The kidnapper disappeared, eventually turned herself in, pleaded guilty to kidnapping, and was given a 12-year sentence.

9. Crop Circles Can Be Created With Simple Ropes And Boards 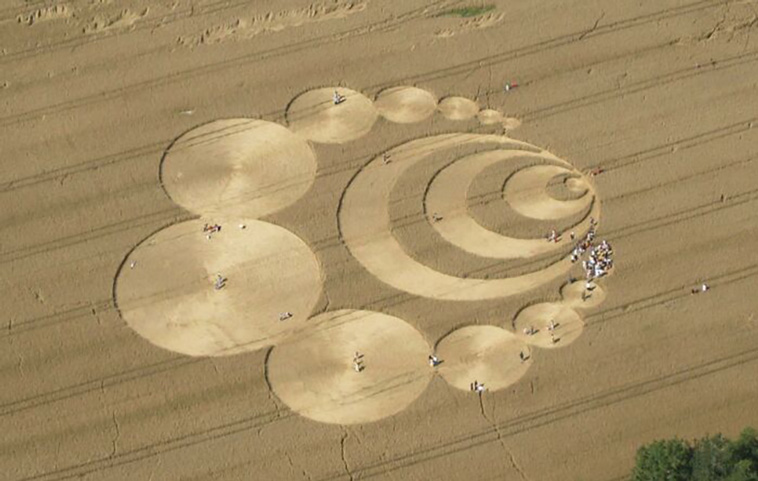 Crop circles aren’t evidence of aliens visiting Earth – the explanation is far more mundane. Reports of crop circles actually appear as early as the 16th century, however, they became an object of public fascination only in 1978, when one appeared in a field near Warminster, in Wiltshire, England. It was then that hundreds of crop circles appeared throughout southern England and all over the globe. As you could have expected, aliens were blamed by some for making them.. It was believed that crop circles were actually “flying saucer nests,” or sites of UFO landings.

However, crop circles are all a hoax. Sorry, alien fans! Back in 1991, friends Doug Bower and Dave Chorley came forward and admitted they had created the original Wiltshire crop circle. They admitted they’d been inspired by a letter published in a 1963 issue of New Scientist about “flying saucer nests,” and decided to have some fun and see if they could make one themselves. They even showed the BBC exactly how they made it: They used a contraption called a “stalk stomper,” or a simple board with ropes tied on each end. One of them stood holding one end of the rope, while the other stretched the opposite end of the rope as far as it would go and walked in a circle, allowing the board to gently push over the plant stalks. Bower and Chorley admitted to making hundreds of crop circles across England, always working under the cover of darkness. Despite their admission, some people still believe that crop circles are UFO landing sites.

10. The ‘Shroud Of Turin’ Was Carbon-Dated To A Thousand Years After Jesus’s Birth

For millions of Christians, the Shroud of Turin is one of the most revered religious icons in the world. The shroud is a 14-foot piece of linen fabric that was purportedly used to wrap Jesus’s body for burial. Most remarkably, the shroud features a negative image of an adult male, supposedly Jesus himself. The image, some have suggested, is actually an incredibly detailed bloodstain left by Jesus’s body. Since 1578, the shroud has resided in the cathedral of San Giovanni Battista in Turin, Italy, where it attracts thousands of visitors each year.

To some, the validity of a religious icon is a matter of faith, not science. But thanks to modern carbon-dating techniques, scientists have been able to prove that the Shroud of Turin couldn’t have been Jesus’s actual burial shroud. The Bible doesn’t specify exactly what year Jesus perished, but most scholars agree it was the year 33 AD. In 1988, carbon-dating showed that the Shroud of Turin originated in the Middle Ages. Forensic scientists also examined the blood spatter patterns on the shroud and concluded they were made by someone sitting in a variety of positions, not lying flat like a cadaver.

Traditionally, churches and cathedrals like San Giovanni Battista have displayed holy relics purportedly belonging to Jesus, the saints, and other important religious figures. These holy relics weren’t just objects of worship, but also big moneymakers that attracted thousands of pilgrims, just like they do today. Like the Shroud of Turin, the provenances of these relics are impossible to prove. In more recent years, the Vatican has officially classified the Shroud of Turin as “an icon” rather than a literal holy relic.