Erich Jyri Prikko is an Estonian soldier in Estonian Defense Forces. He and his colleagues were near Lake Võrtsjärv where they were making military exercises. During their exercise, Erich wanted to walk around as if nature called him. Among the forest, he heard a crying.

He initially thought that it sounded like a baby or a cat but he was in a forest, which means that neither of them was possible. He decided to find the source of the sound and so he did. 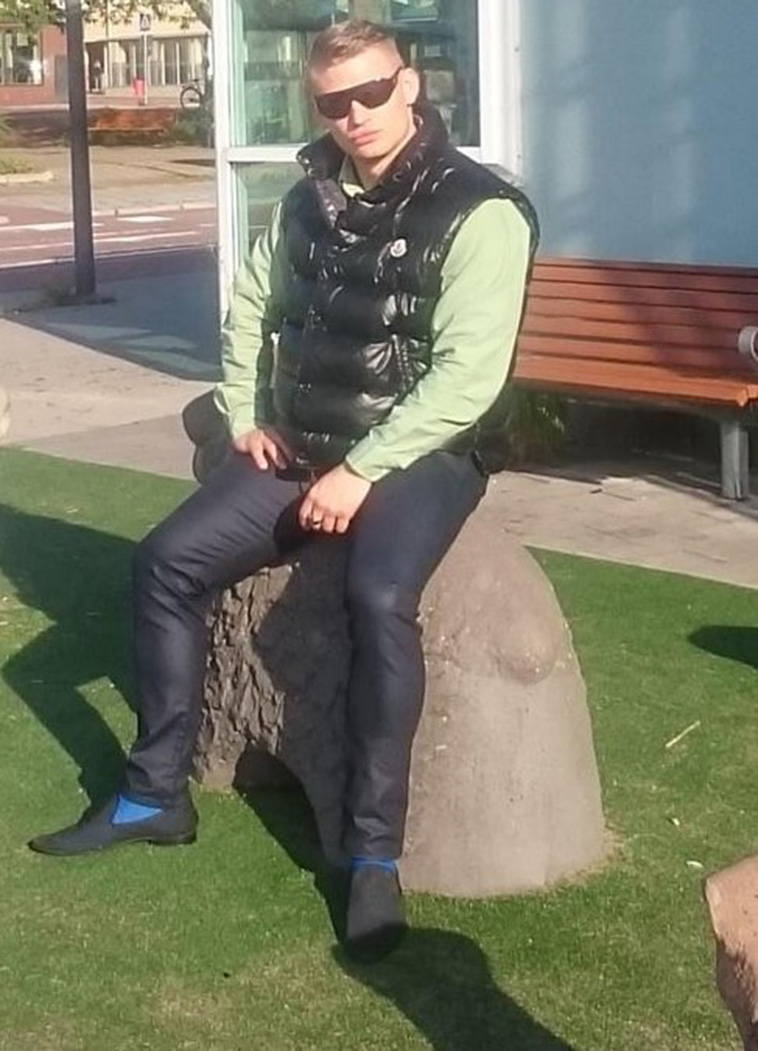 He saw a thing like a dog but soon he realized that it was a baby moose. He said that “pretty quickly I realized it was a small baby moose trying to tell me something.”. 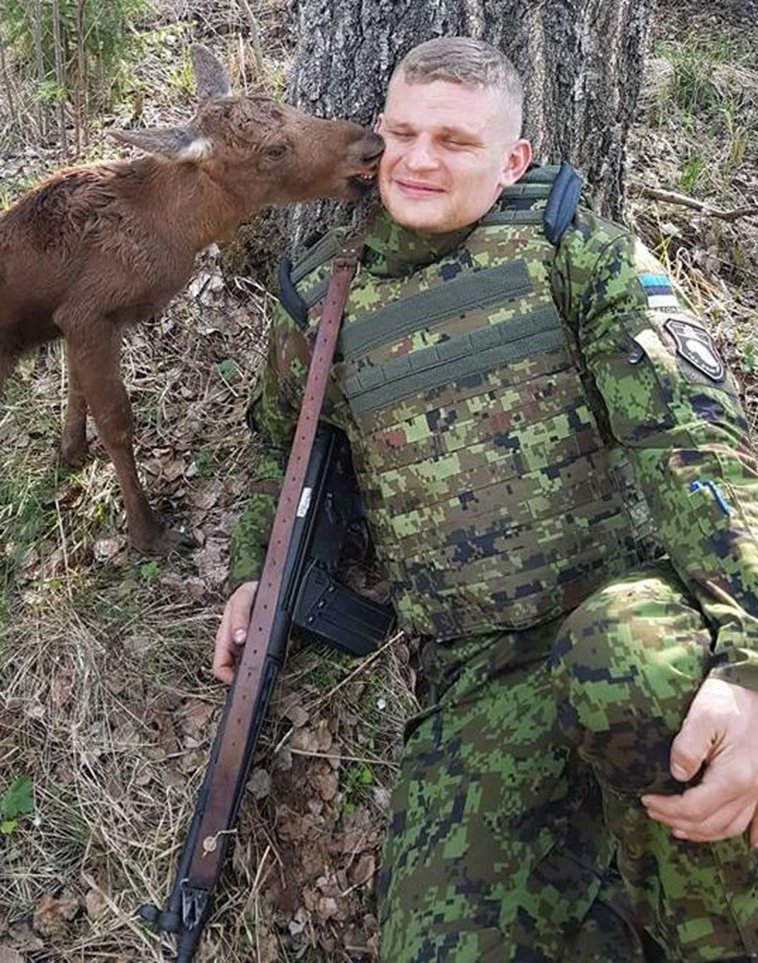 The baby moose hesitated to approach the soldier until it realizes that he was not a threat. It came near and act if it was suckling. At that moment, Erich realized that it was hungry! 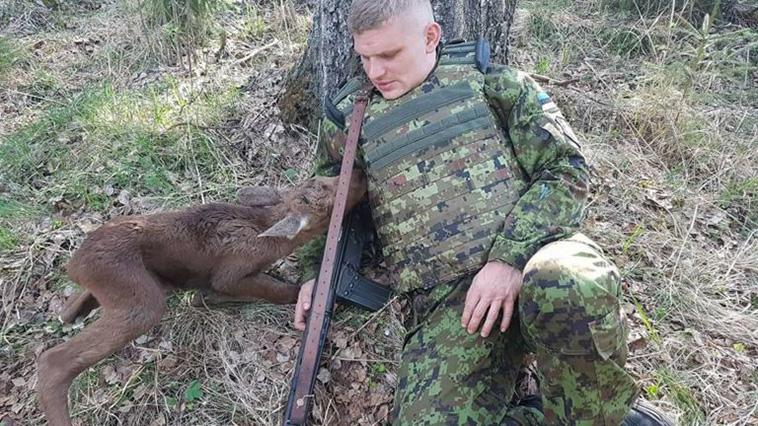 He had nothing to feed it and called a vet to ask what to do. Soon after the vet showed up with a bottle of milk. 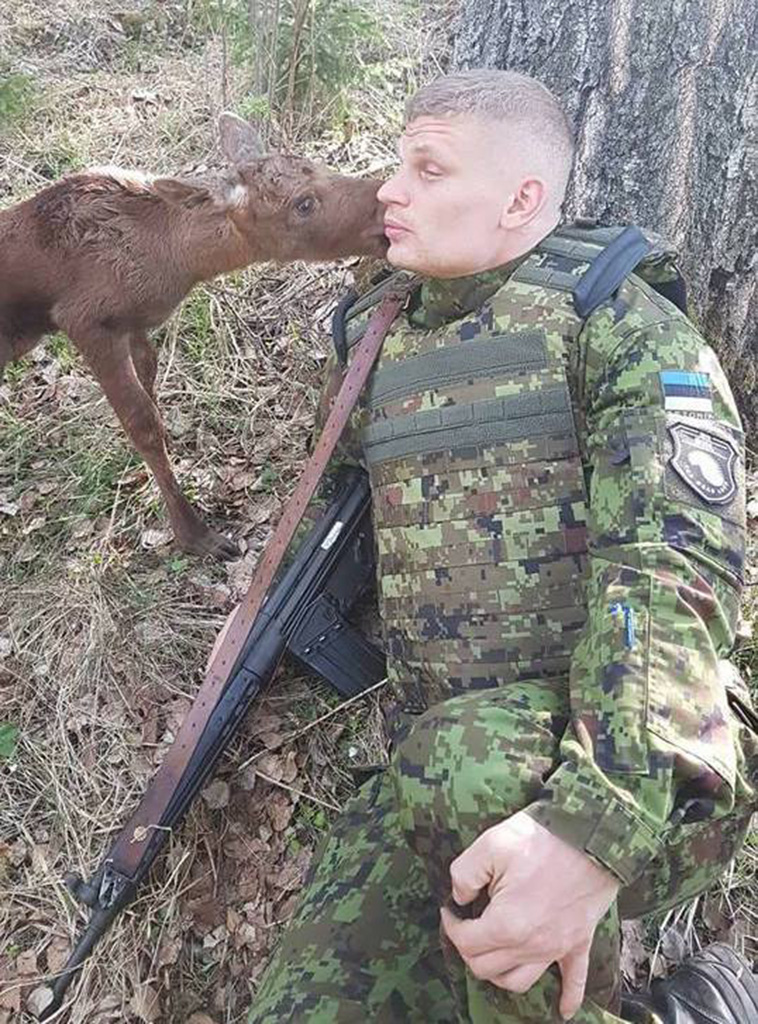 They decided to leave the baby moose at the forest, thinking her mom would come back. And so it happened. Erich heard a moose call later that night and when he and his friends visited the site next day, the baby moose was gone. “We noticed very fresh big moose footprints that indicated that the small calf had been rescued by his mother,” he said. 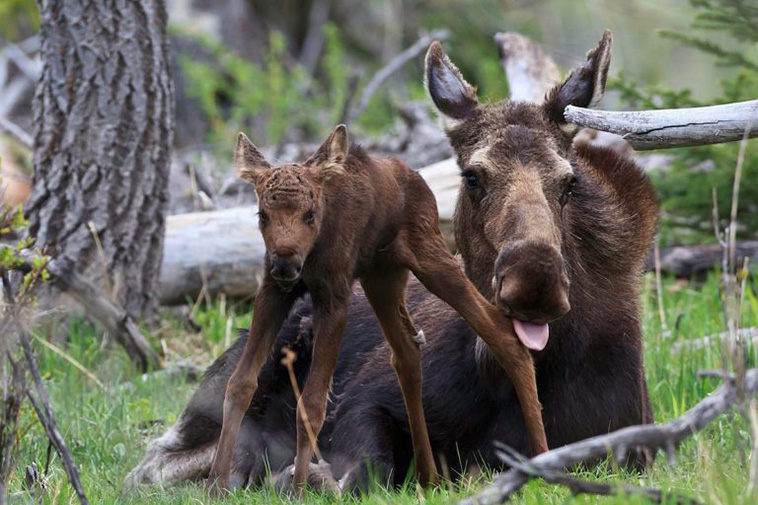 The presence of Erich was important for the baby moose since babies, all around the world and across species, are vulnerable. It was good of Erich who, maybe, saved its life.