The docent at Columbus Zoo and Aquarium revealed some of the most interesting facts about animals. Scroll down to take a look!

1. The Truth About Santa’s Reindeers 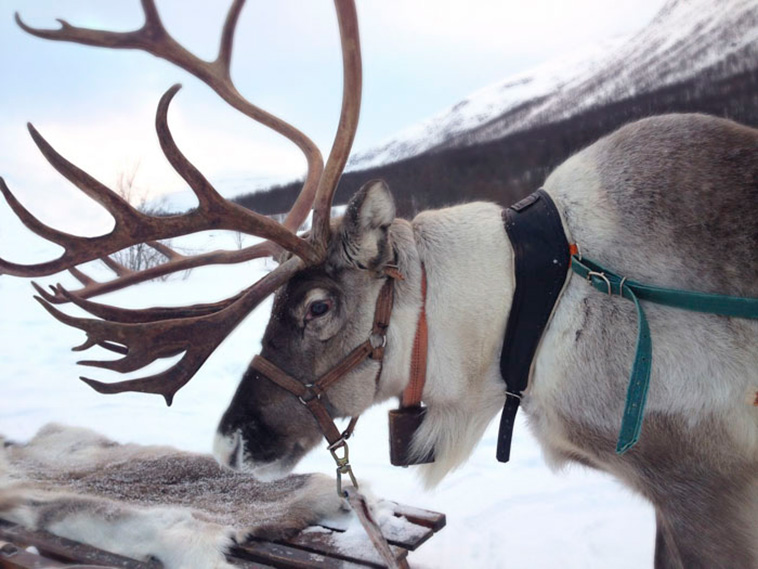 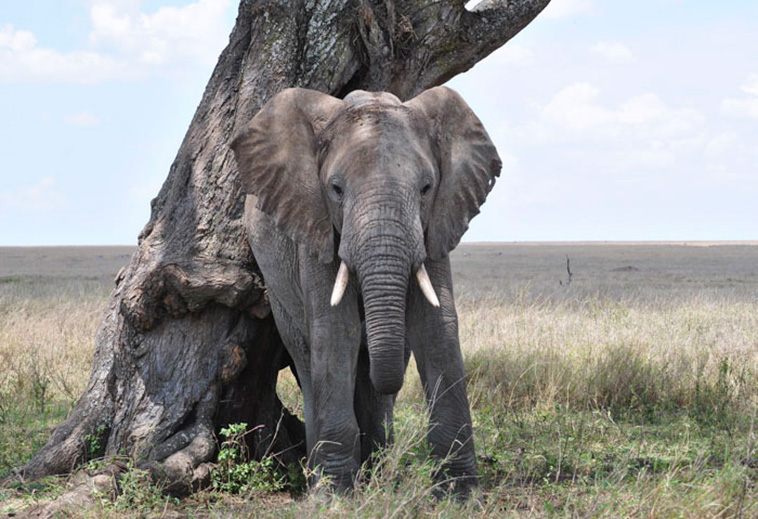 “Elephants are one of only a handful of animals that can pass the mirror test – in other words, they can recognize their own reflection (and not think it’s another animal, as dogs and cats usually do). They tested this by placing a chalk mark on an elephant’s forehead and then showing it a mirror. The elephant investigated the mark on its own forehead, indicating it knew that it was looking at itself. The only animals that pass this test are the higher primates, the higher cetaceans (orcas, dolphines), elephants, and weirdly, magpies.” 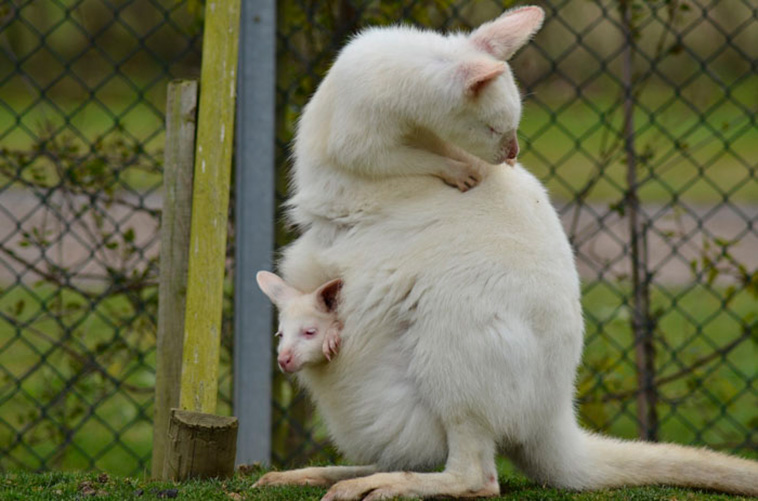 “A kangaroo mother can have three joeys simultaneously at different stages of development: an embryo in her womb (kangaroos can do what’s called embryonic diapause which means sort of putting the development on pause until she’s ready for it to develop further), a joey in her pouch attached to one nipple, and a joey out of the pouch on the ground who nurses from the other one. The amazing thing? Each of her nipples make different formulations of milk for each joey’s different nutritional needs.” 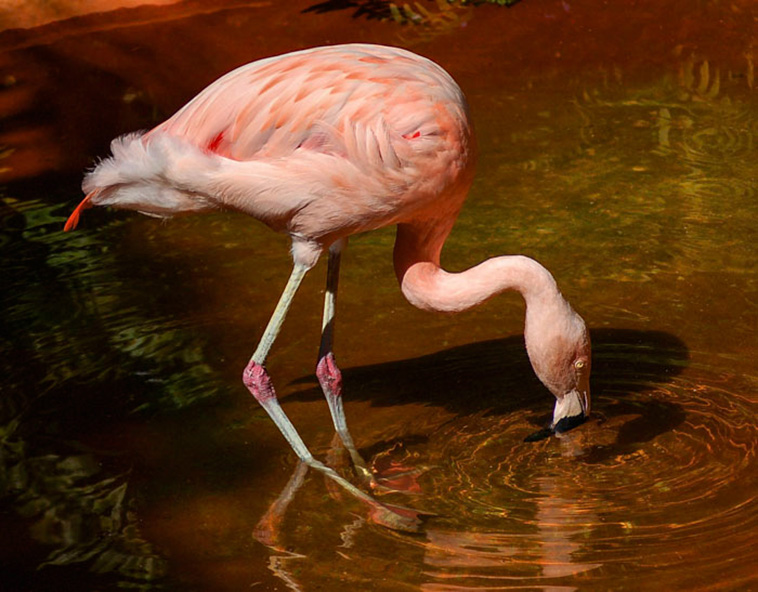 “People often think that flamingoes’ knees bend the wrong way. They don’t – the joint you’re seeing in the middle of their leg isn’t their knee, it’s their ankle. Their knee is up by their body, and it bends the same way ours does.” 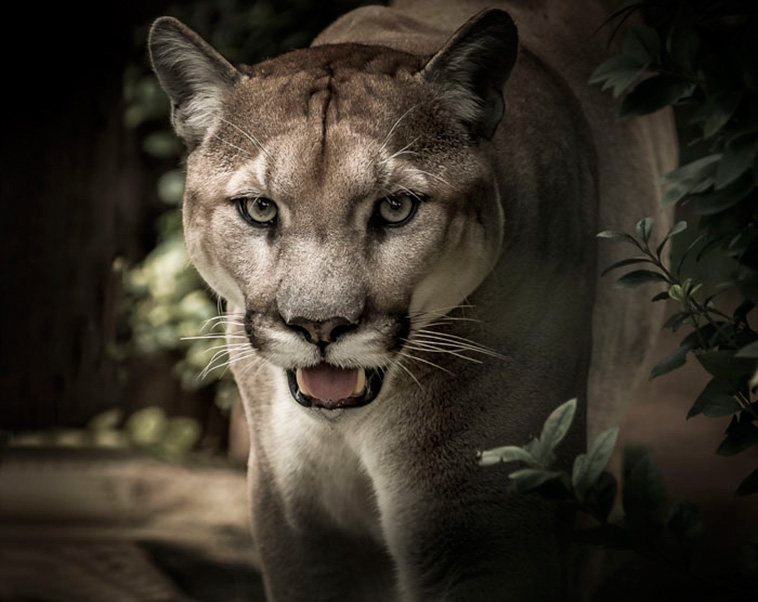 “There are several ways to classify the large cats, one of the more useful ones is into the roaring cats (tigers, lions) and the purring cats (bobcats, lynxes). The puma (also known as the mountain lion) is the largest cat that purrs. I’ve heard it up close, it’s amazing. A cheetah’s purr sounds like an idling motorcycle engine.” 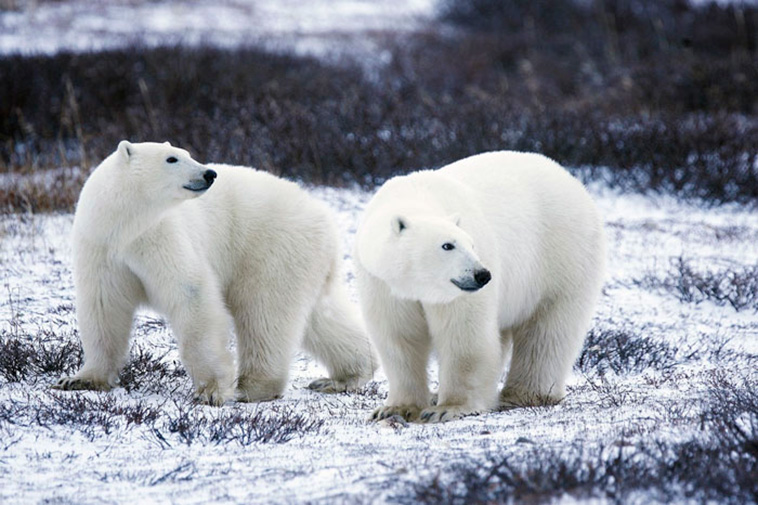 “Polar bear fur is not white, it’s transparent, like fiber optics. Also, their skin is black.” 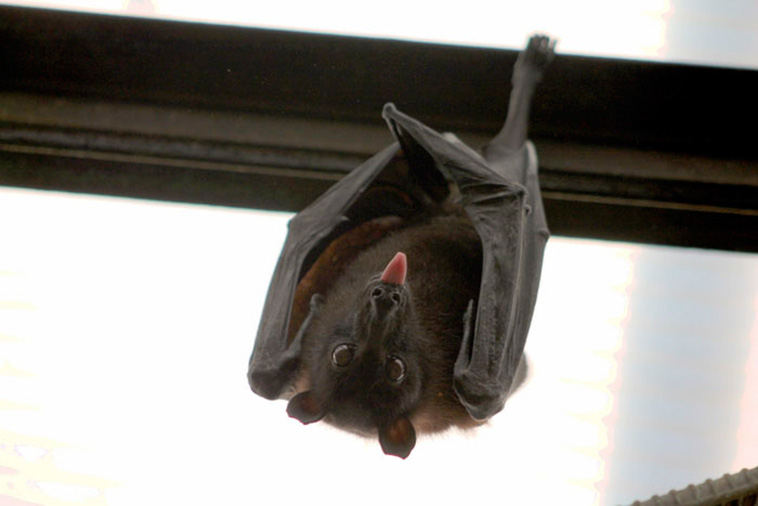 “One-fifth of all the known mammal species are bats.” 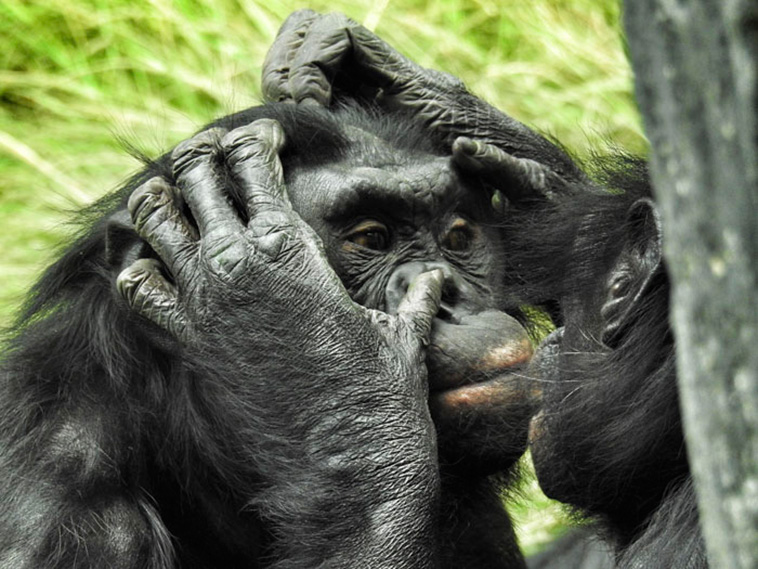 “Bonobos, our closest genetic relative (they are more closely related to us than they are to either chimps or gorillas) are almost entirely non-aggressive, matriarchal, and use sex to solve all their problems. They engage in both same and opposite sex interactions, non-penetrative sex (oral, rubbing, manual) and with any age. That’s an interesting area to work in, lemme tell you.” 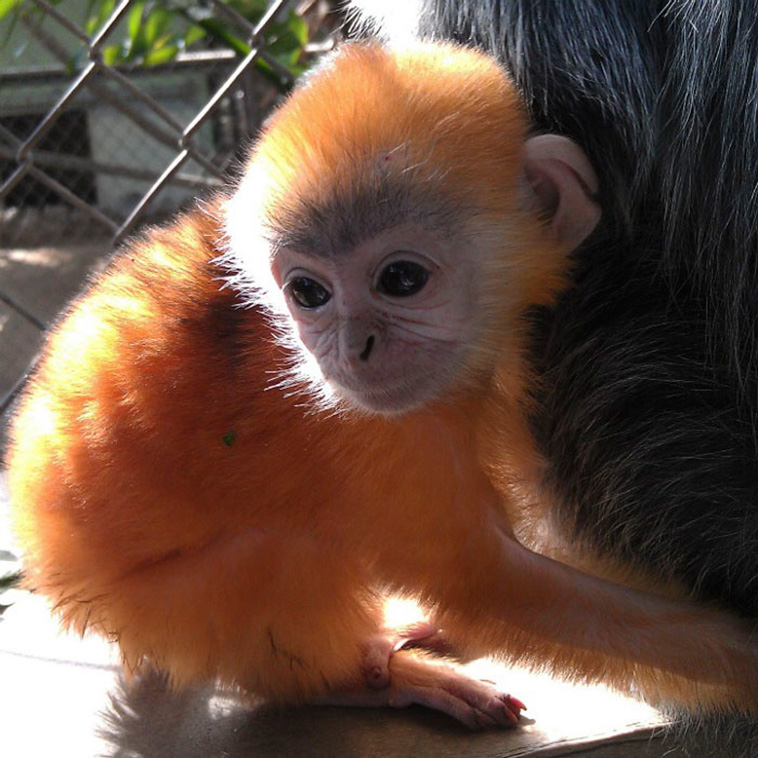 “Langur monkeys are silvery-gray in color – their babies are bright orange. Like Cheeto orange, I do not exaggerate.” 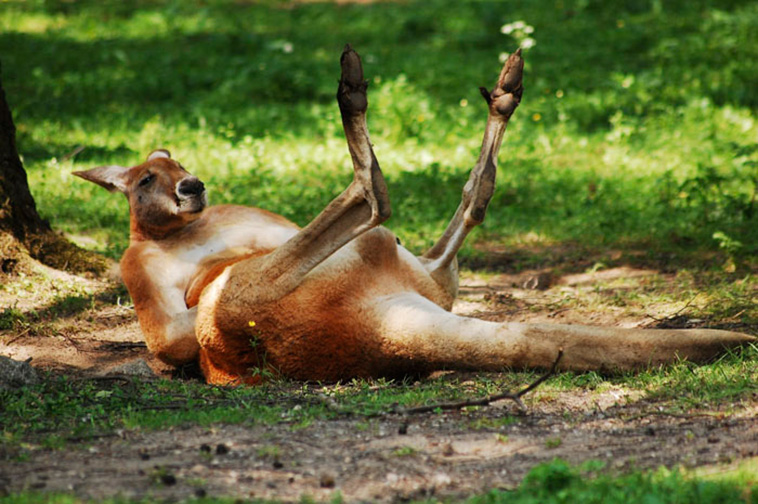 “Kangaroos cannot move their legs independently of each other, they have to move them in sync – when they’re on land. When they’re swimming, they can move them separately. Hopping is their most efficient way to move – a walking kangaroo is awkward as hell. They swing both legs forward using their tail as a third leg to prop up while their legs swing.” 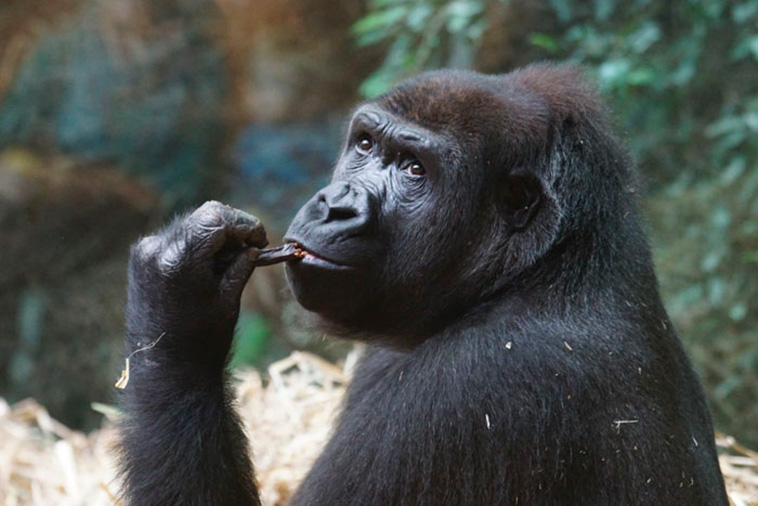 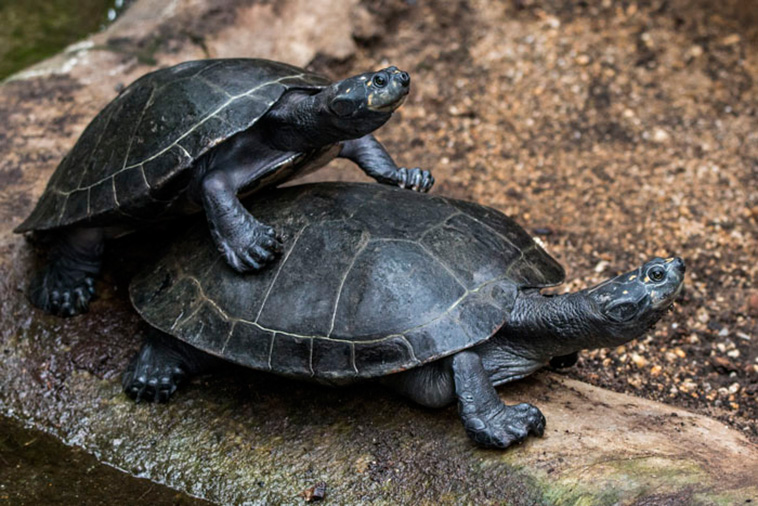 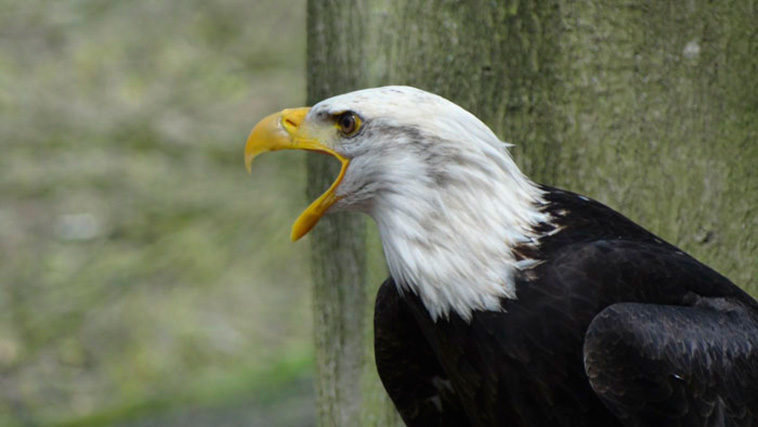 “Bald eagles’ vocalizations are not what you expect. When you see a flying bald eagle in the movies and hear that majestic caw sound? That isn’t an eagle, it’s been dubbed over with another bird, usually a red-tailed hawk. Bald eagles actually sound…not majestic. Kind of like if a kitten could be a bird.” 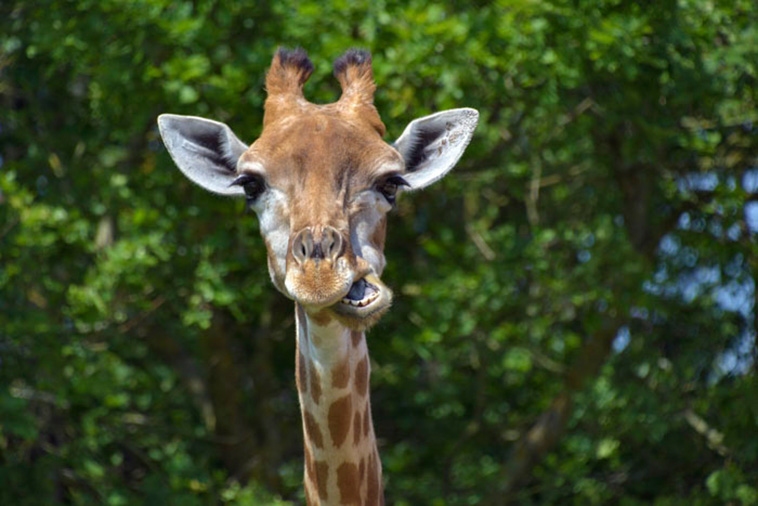 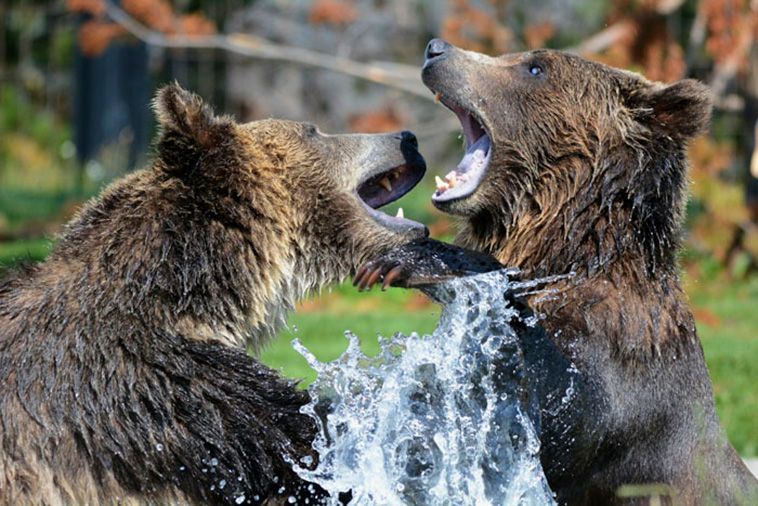 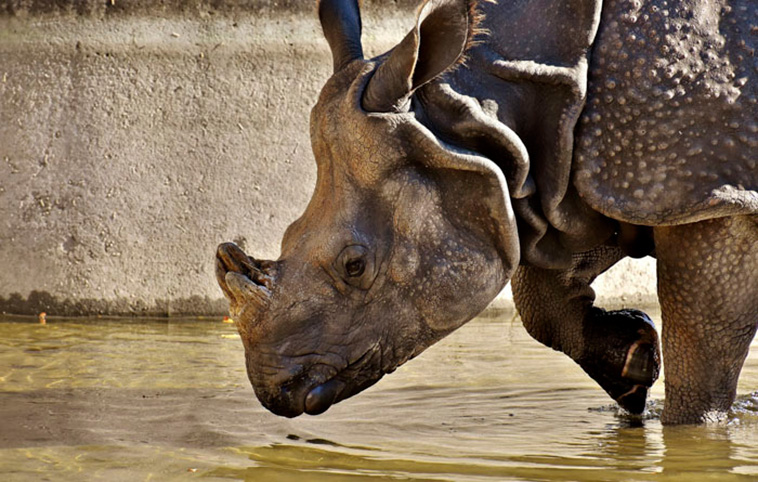