“There’s no sibling rivalry. The eaglets are kind of nice to it. It’s unbelievable.” 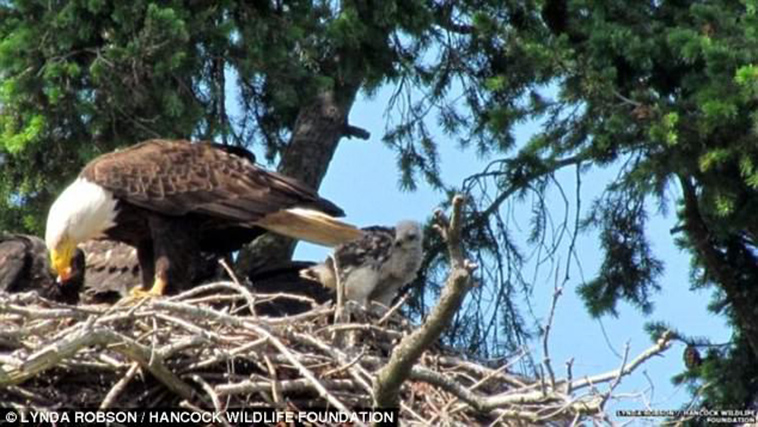 Wild bald eagles are usually known for eating smaller birds as food. But when a group of Canadian wild bald eagles discovered an abandoned newborn hawk, they decided to care for it as if it were their own baby bald eagle. A researcher of the Hancock Wildlife Foundation named David Hancock captured a video which shows the adult bald eagles sharing food with the baby hawk. It appears as if they were making sure the baby hawk was getting the same amount of food as the baby eagles. Hancock believes that the hawk was originally taken back to the eagles’ nest to be food for the other eagles. But then, they started treating the hawk-like one of their own instead. This is certainly an unusual event that has not ever been documented before. What researchers like Hancock want to know is why did the eagles change their perception of the hawk? One theory is that the baby hawk looks very similar to a baby eagle. Another theory is that the begging sound of the baby hawk had triggered the parental instinct of the eagle to care for it instead of eating it. The neat thing is the other baby eagles don’t seem to be bothered by the baby hawk either. They are treating him as one of their own siblings.