The black-and-white hawk-eagle (Spizastur melanoleucus) is a bird of prey species in the eagle and hawk family (Accipitridae). It is found throughout a large part of tropical America, from southern Mexico to northern Argentina.

They are mostly white with a black back and a barred tail. It has a black patch on the crown, pale yellow eyes, and bright orange ceres. The legs are feathered. 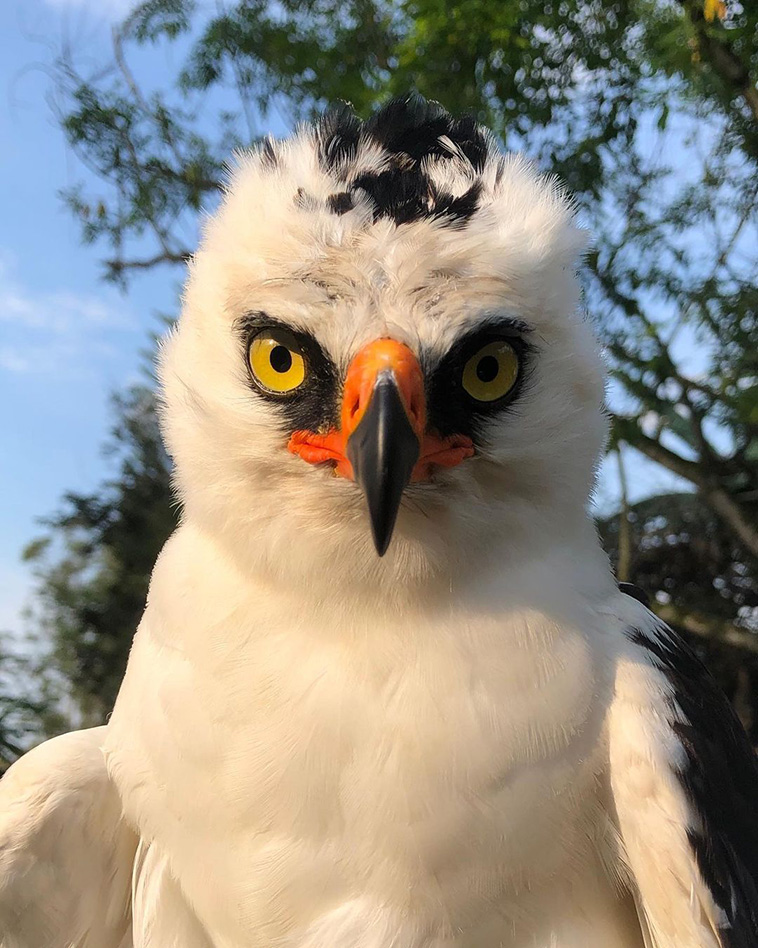 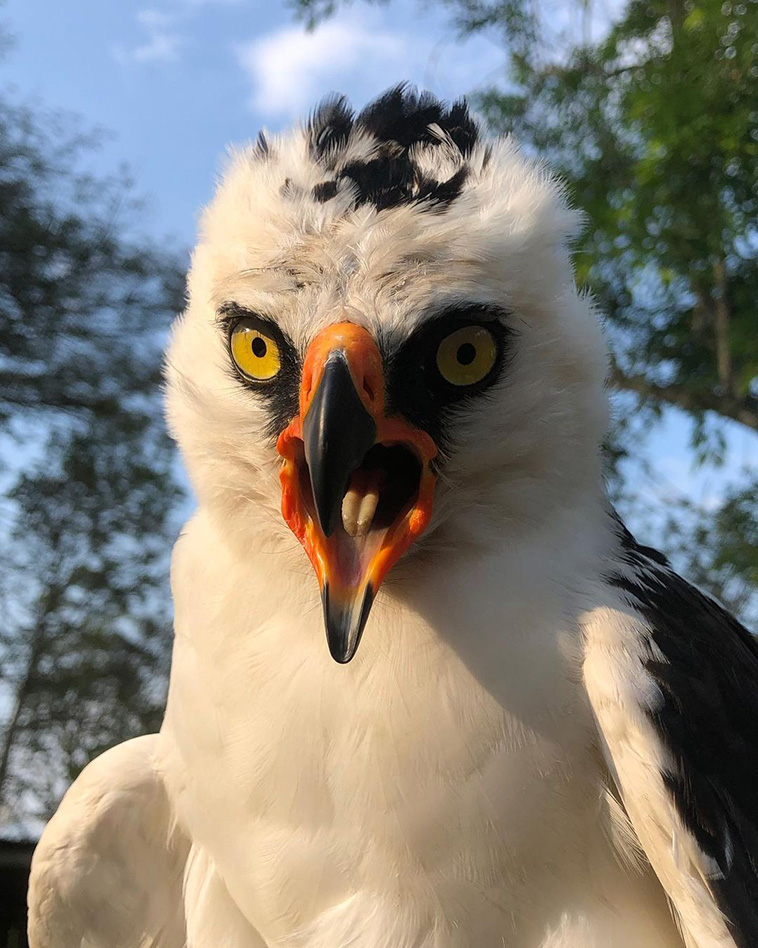 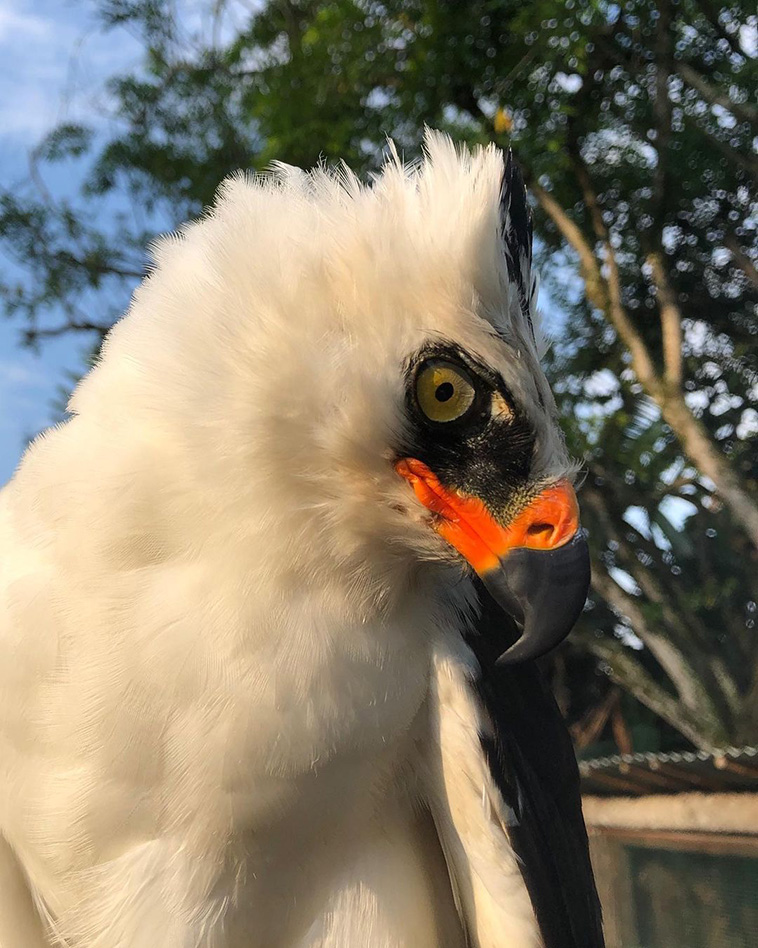 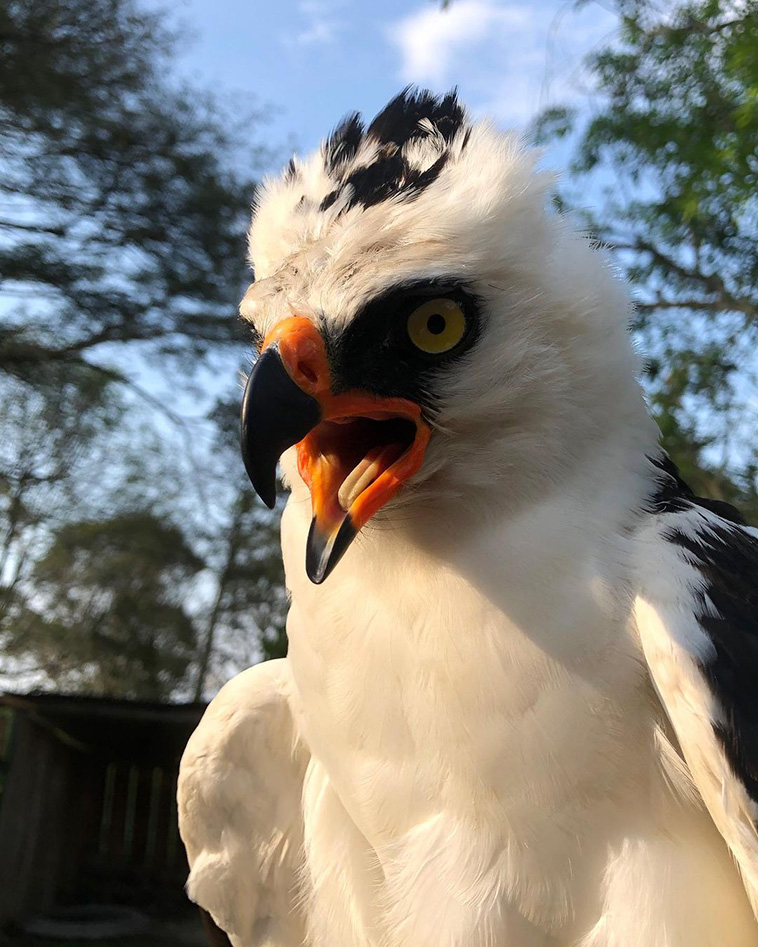 Regarding its habitat, it prefers forests – specifically the edges, close to open areas. They spend a great deal of time overflying them at altitudes of 1,000 to 1,700 meters, searching for prey. When they spot one with their sharp eyes, they dive down to catch it. Its favorite preys are medium-sized birds, like quails, partridges, or toucans, as well as mammals smaller than foxes. They also feed on amphibians and reptiles.

Little is known about its courtship and mating, as it is a rare species. Black-and-white hawk-eagles build their nests with twigs, usually on very high treetops, with a view to their hunting ground. Females are a little larger than males and lay an egg every 2 or 3 years, which they incubate for 40 to 48 days. The male is responsible for feeding the female during the incubation period. After hatching, chicks depend on their parents for food for several months.

They are rare in Amazonia where is known to range up to 1400 m along the foothill of the Andes. It appears not to occur on the north side of the Amazon and Marañon Rivers. 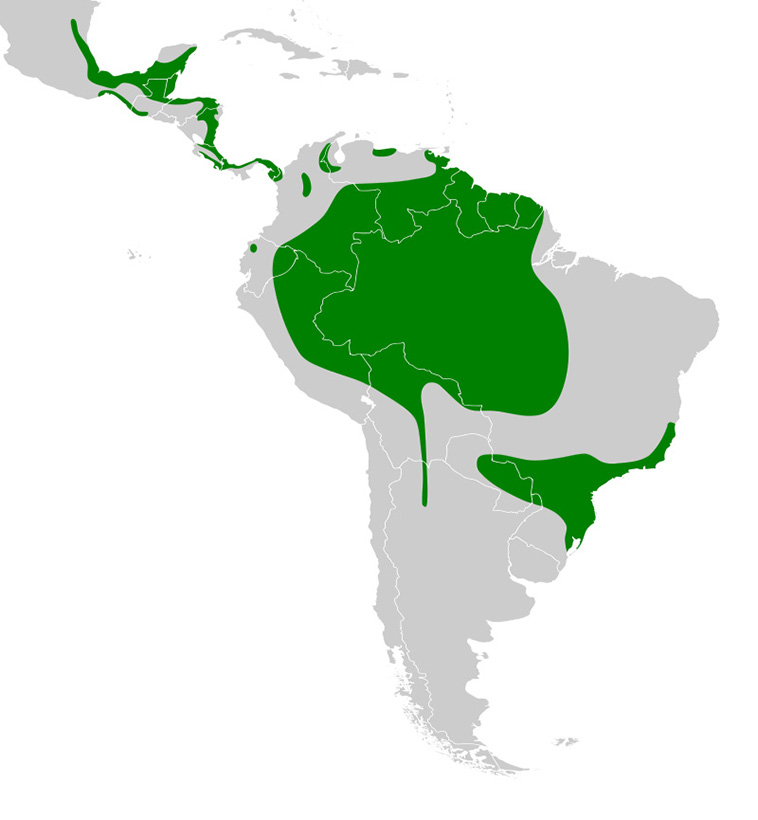