Also, when he published the photograph, he claimed that he did not try to manipulate the lizard in any way and the pose it gave was natural. He said that he does not click pictures of lizards until they get comfortable with his presence and let him click its pictures. Facebook | 500px | Twitter (h/t: dailymail)

The forest dragon lizard is appearing to play guitar in this image. 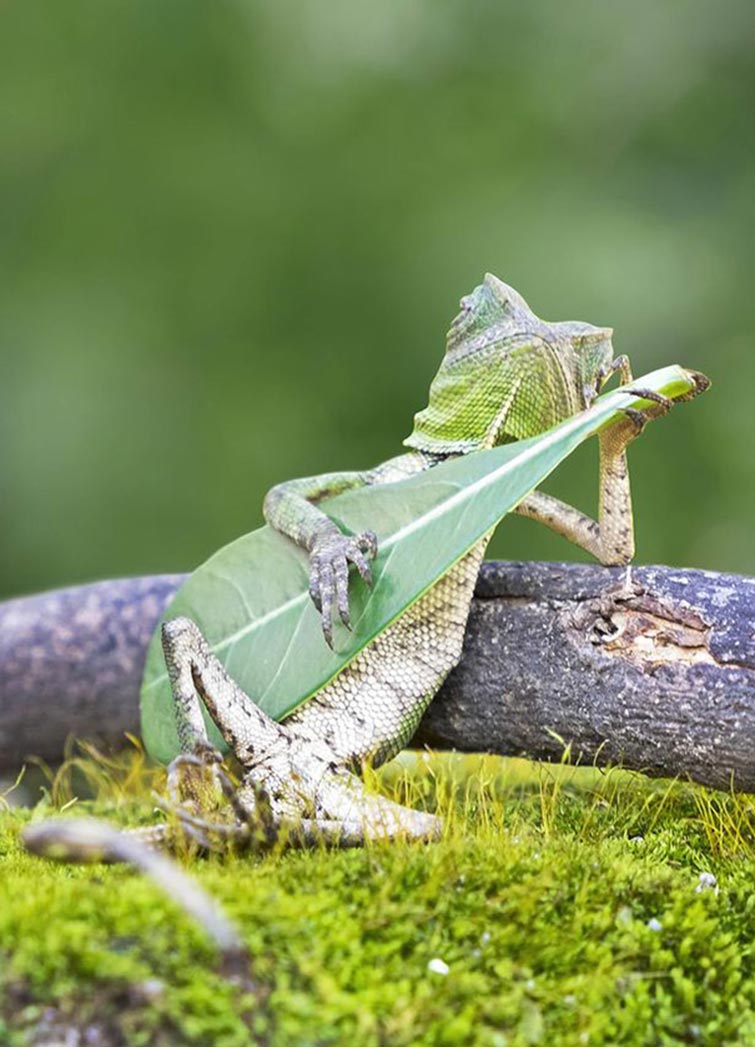 As per Aditya Permana, the photographer, it was a natural pose. 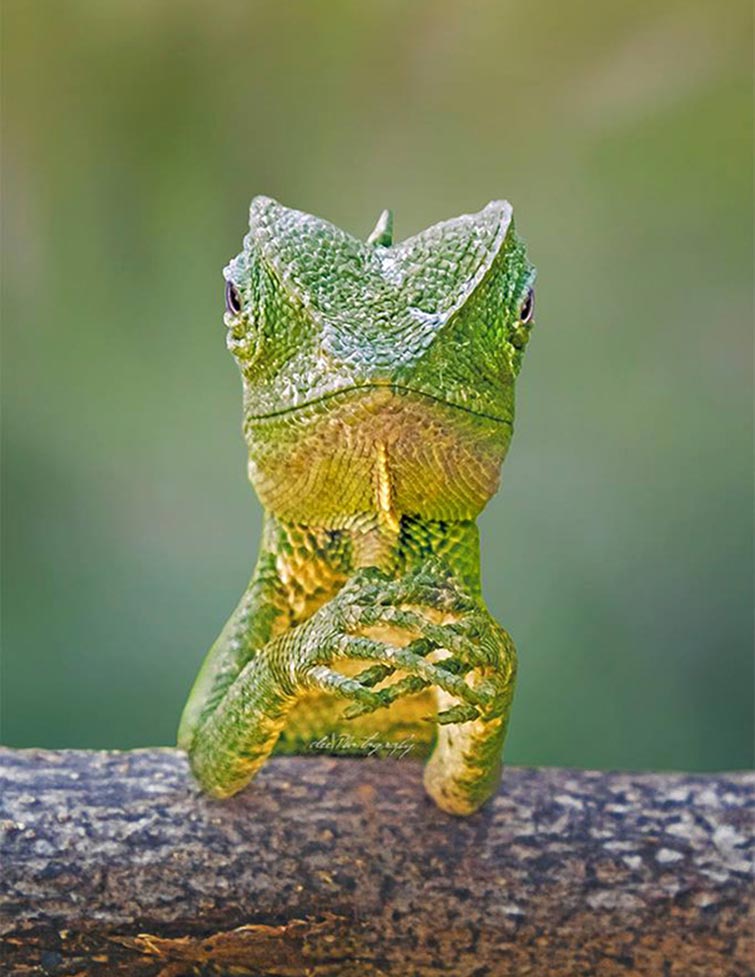