Aokigahara Forest, also known as Suicide Forest, sits at the base of the majestic Mount Fuji in Japan. Suicide Forest has earned its name by becoming a popular place for the people of Japan to end their lives. There are dead bodies, along with signs scattered throughout Aokigahara Forest. The signs have comments with sayings such as “life is precious.” With over 500 suicides committed there, it is said that if you notice something out of the corner of your eye, just out of sight, it is the soul of one of the abandoned bodies. 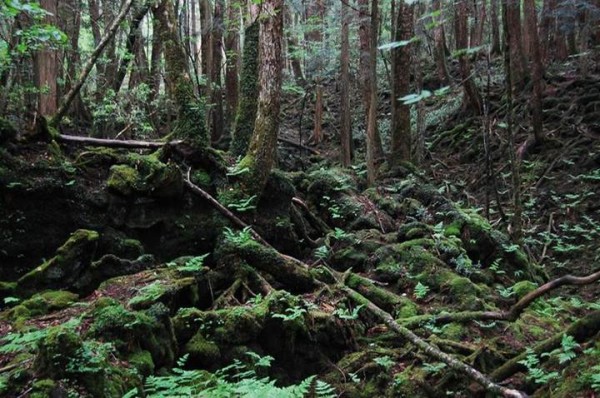 England’s Hellingly Hospital was never really a hospital. It served as an insane asylum for around ninety years. With a policy change in the treatment of patients it closed its doors in 1994 where the property fell into despair for the next 10 years. It is said that if a visitor wanders long enough they will hear the cries of patients being “treated.”

The Island Dolls, also known as Isla de Muneca, is held with the Aztec regions. Called Isla de Muneca because of all of the strange and disturbing dolls placed within the trees. There is no positive recollection of how the doll hangings started but locals believe that the man who lived there long ago found a little girl who had drowned in the canal and began placing them as a way to remember and honor her.

The British Royal Navy erected sea forts right of their coast during World War Two so they could more easily defend themselves from sea based attacks. The British Sea Forts are now abandoned and serve as a truly disturbing reminder of a time when millions of lives were lost.

The City Hall Subway Station is a well-kept secret in the bustling city of New York. A train has not used those tunnels and tracks in almost seventy years making the abandoned area completely bone chilling. On the one hundredth anniversary an honorary show train travels those tracks in remembrance of its earlier days.