There are a lot of couples that consider their dogs as members of the family and like to include them in their activities. Luna and Gil are one of the many couples with dogs that wanted to bring them to their wedding. But they didn’t just bring their dogs to witness the special occasion. They treated them as if they were one of the main guests. 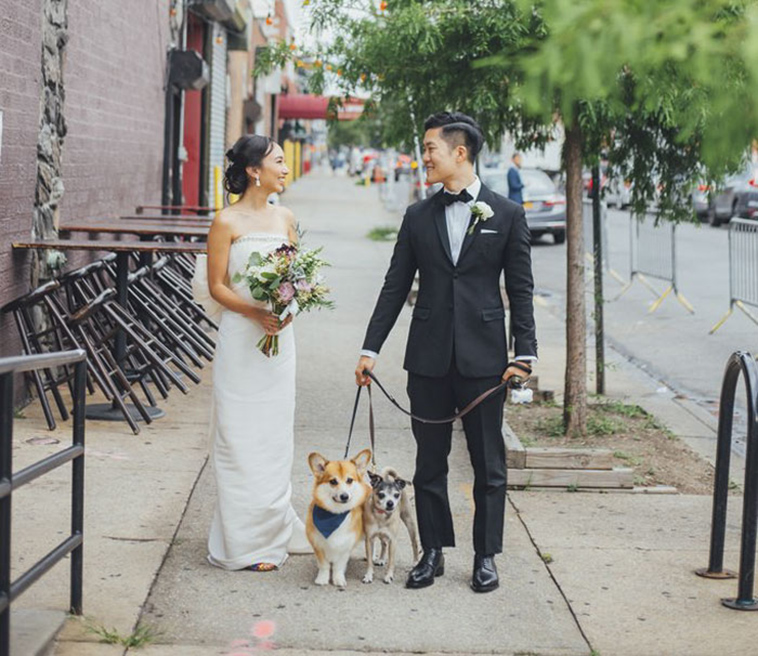 Luna and Gil have a 3-year-old dog named Einstein who is a Pembroke Welsh Corgi. Their other dog is 10-year-old Chimney who is a mixture of a Pug and Jack Russell. Luna and Gil originally thought that getting their dogs all groomed up for the photographer would be the thing to do. But they decided to go a step further by making their dogs part of the figurines on top of the wedding cake. 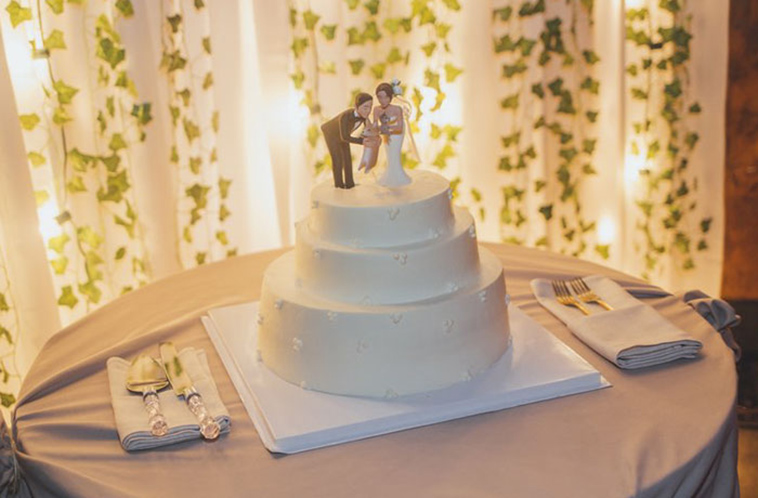 This idea of including dogs at weddings is becoming a trend now. There are increasing numbers of couples that are having a dog-themed wedding by having their dogs witness the occasion up close. Some are even having their wedding cakes designed entirely with a dog theme. In a few instances, they have the dog walk down the aisle while carrying the wedding ring for the bride. There are just so many ways to have fun with this. Afterwards, people post up the pictures on social media and get a lot of positive comments from it. 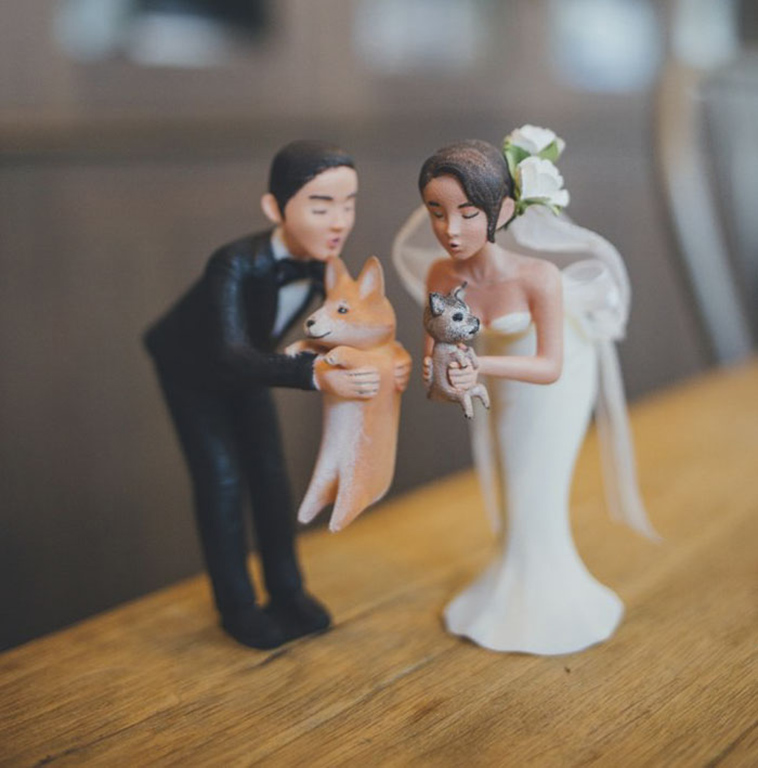 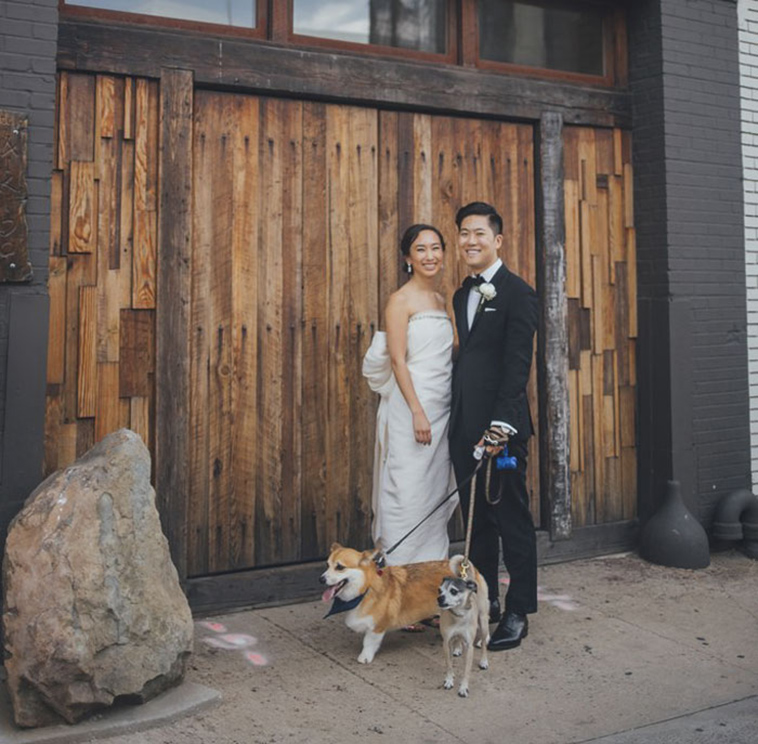 Doggy-themed wedding cakes are becoming a trend, and it makes us want to have a piece.

Weddings are not only getting more pet-friendly, but pets are playing bigger roles in them than ever before. Here are many more cake designs that have dogs at their core.

Look at that puppy coming out of the cake! 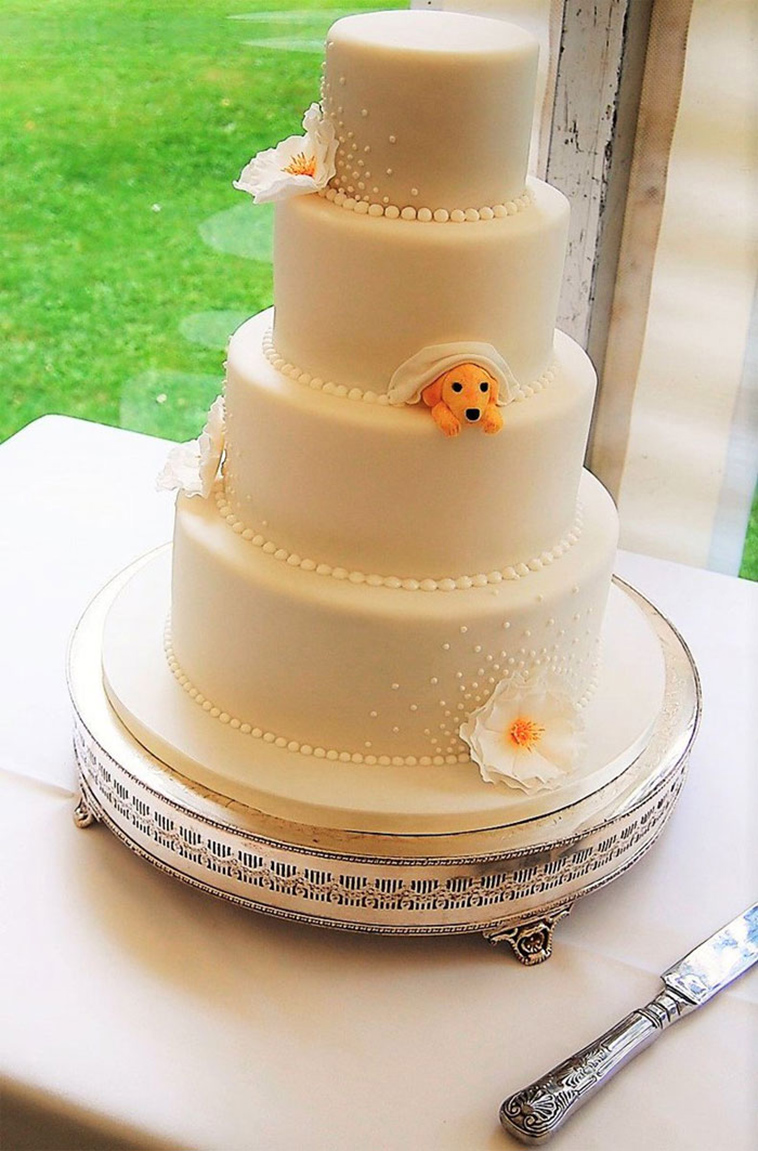 This is a growing trend that many people have tried. 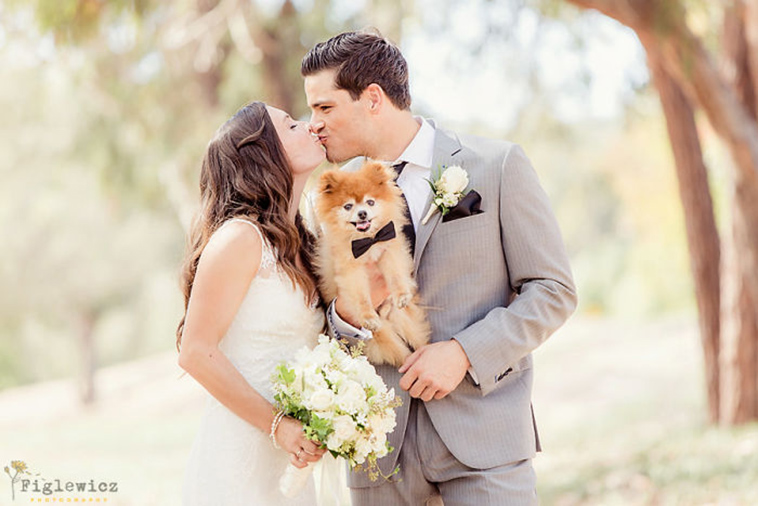 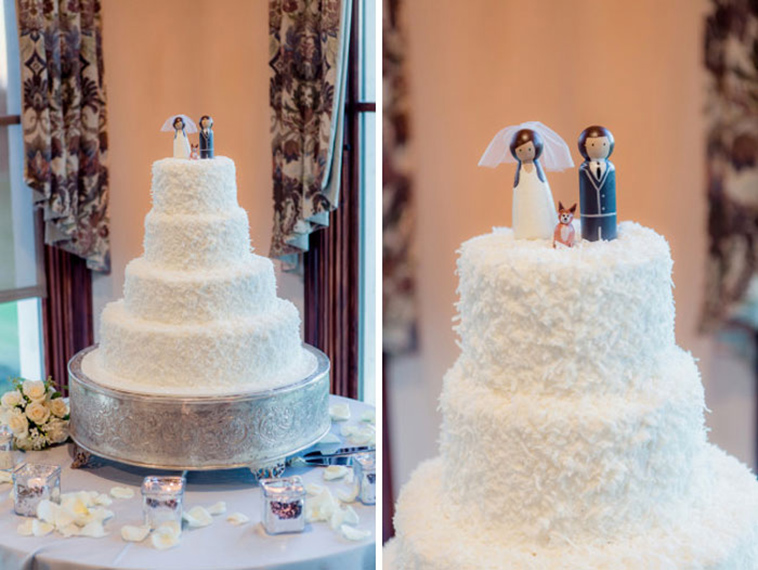 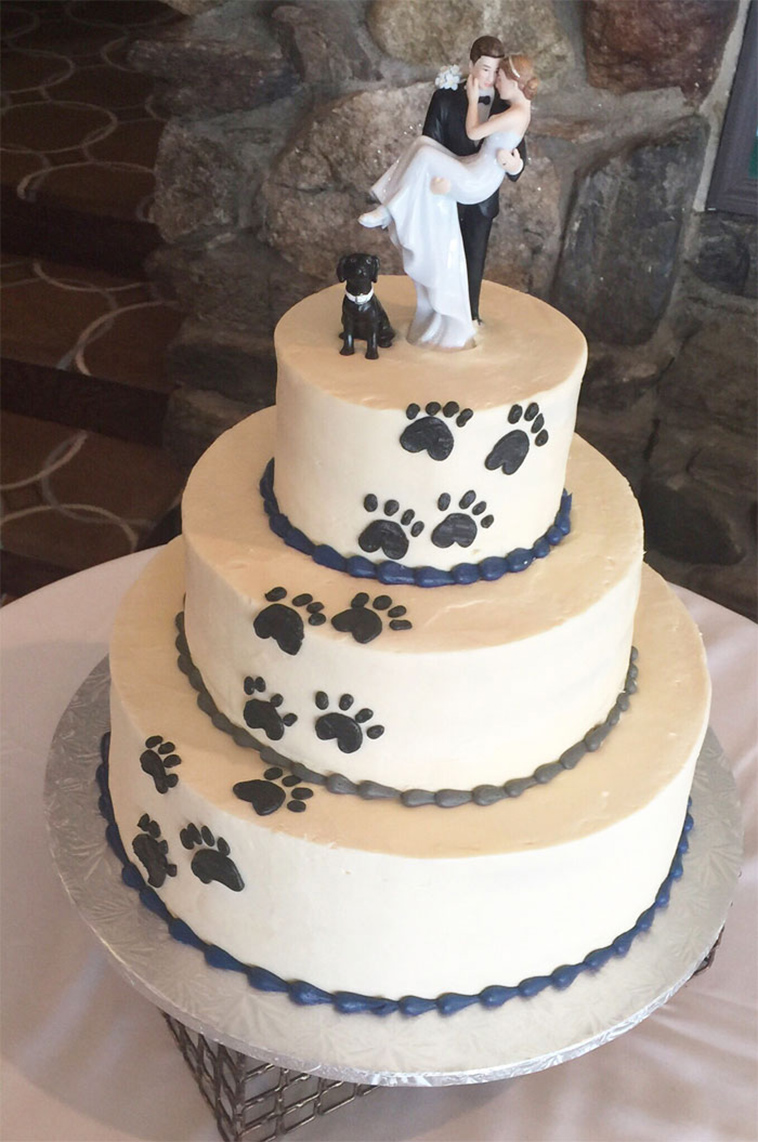