Cyclists and drivers often have a strained relationship on the roads. Plenty of Motorists are known to hate the presence of bikes, whilst many cyclists are known to live in constant fear of an irresponsible driver who thinks that roads are just for cars. This relationship could be improved with the genius invention from Elnur Babayev, a designer from Azerbaijan. It involves a mounted projected of the back of a bike that will project sings on the back of the cyclist to help show what actions they will be performing, such as stopping and turning. You can link the dice to a smart phone to and various signs to the projector, all in the hopes of improving driver-cyclist relations. Accident rates for drivers per kilometre are far lower than that of cyclists, which can be 26-48 times higher. Many of these accidents involving cyclists can be blamed on actions of the driver of a car. The more widely accepting and invested the cycling is in a country, the fewer accidents there are, even though there are far more bikes on the road. This invention could go a long way to reducing accidents involving cyclists, and bettering the animosity between them and car drivers.

The “Cyclee” will display different illuminated signs on cyclists’ backs 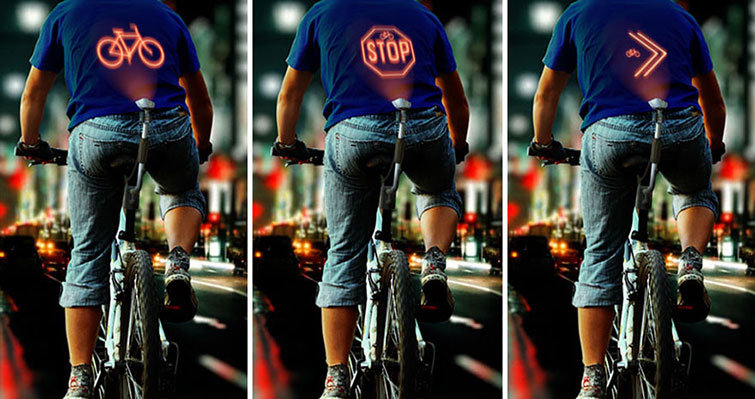 It interprets the rider’s actions and projects the corresponding image 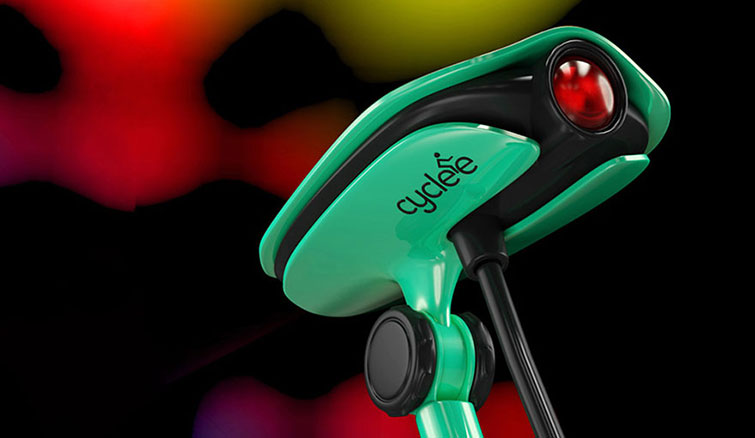 The device will be mountable on most bikes 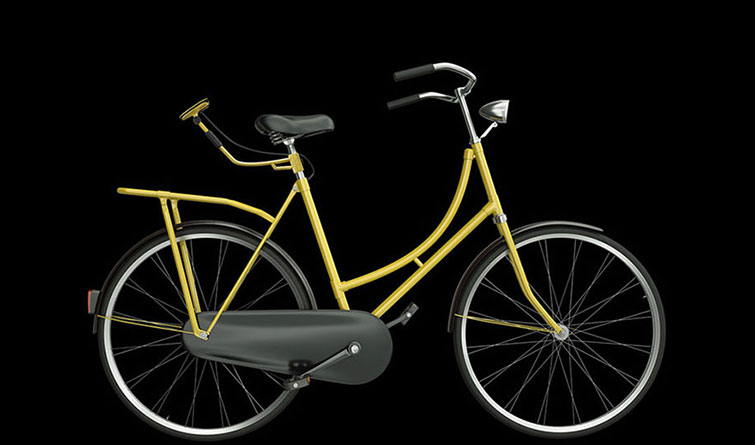 A mobile application will allow it to show custom images 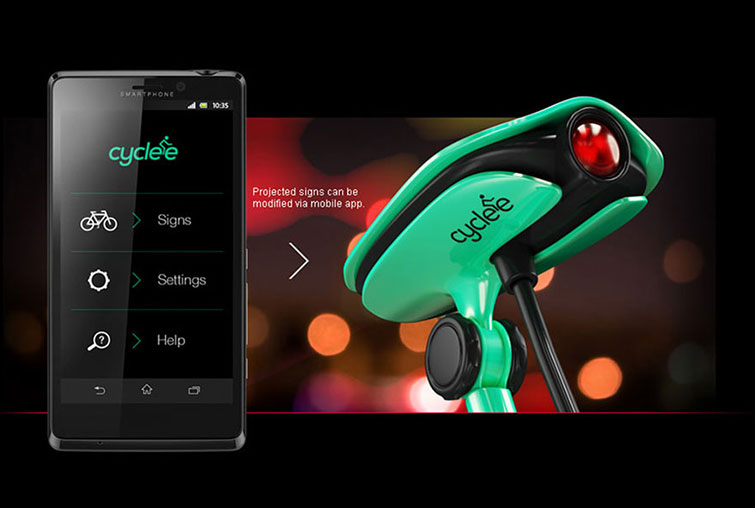