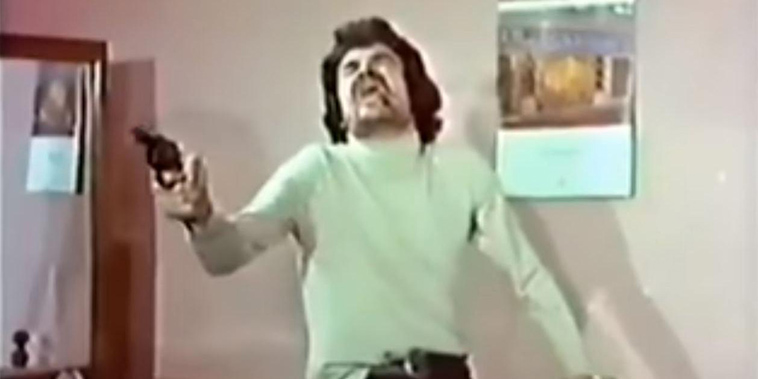 Nothing is quite as hilarious as some bad acting. It’s something that has enamored viewers for some time, be it the infamous performance of Tommy Wiseau in the bona fide cult classic ‘The Room’ or around half of Nicolas Cage’s entire filmography or the frisbee death in 1987’s Hard Ticket to Hawaii, and the memorably carnivorous bed in 1971’s Death Bed: The Bed That Eats.

There’s an endless list of bad performances that fans adore, simply for the sheer entertainment value of an actor hamming it up in front of the camera, so choosing the worst performance ever is always a fun debate.

However, there may be a now undisputed winner of the worst bit of acting ever, after footage emerged from a 70s Turkish action movie that has put everyone else to shame.

1974’s Karate Girl features a simply incredible death scene that really has to be seen to be believed – it’s that bad. Words can’t really do the acting here any justice, so check out the footage for yourself and see.