The plague doctor mask is one of the most recognizable symbols of the Black Death. This authentic 16th-century plague doctor mask has been preserved over the years and is currently displaying at the Deutsches Historisches Museum in Berlin.⁣ This was the first design of the Plague Doctor’s mask. In medieval Europe, there were two main theories of how diseases were spread and contracted: the Four Humors theory, and the Miasma theory. This mask was designed to struggle with the Miasma theory believed that people got sick from “bad air”. So long nose was designed to do was the wearers would put pleasant-smelling herbs and light then on fire to prevent Miasma from being inhaled by the wearer by “cleansing” the “bad air”. 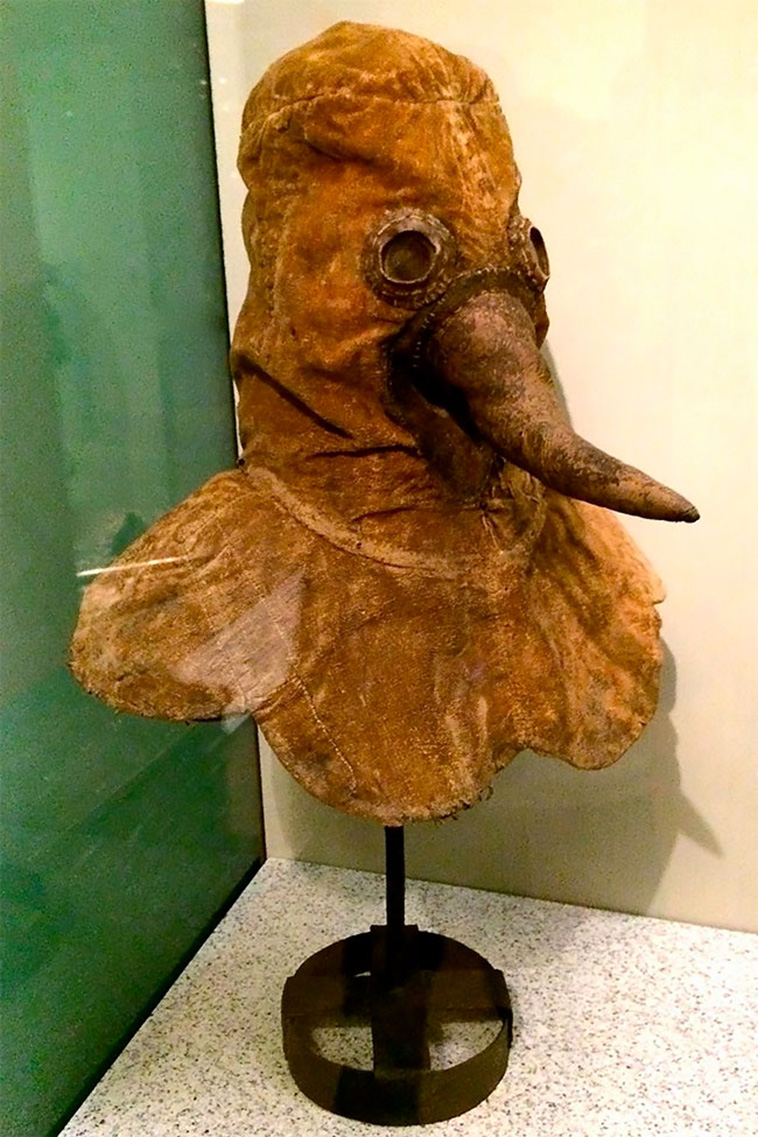 There were glass openings in the eyes and a curved beak shaped with straps that held the beak in front of the doctor’s nose. The mask had two small nose holes and was a type of respirator which contained aromatic items. Doctors believed the herbs would counter the “evil” smells of the plague and prevent them from becoming infected. 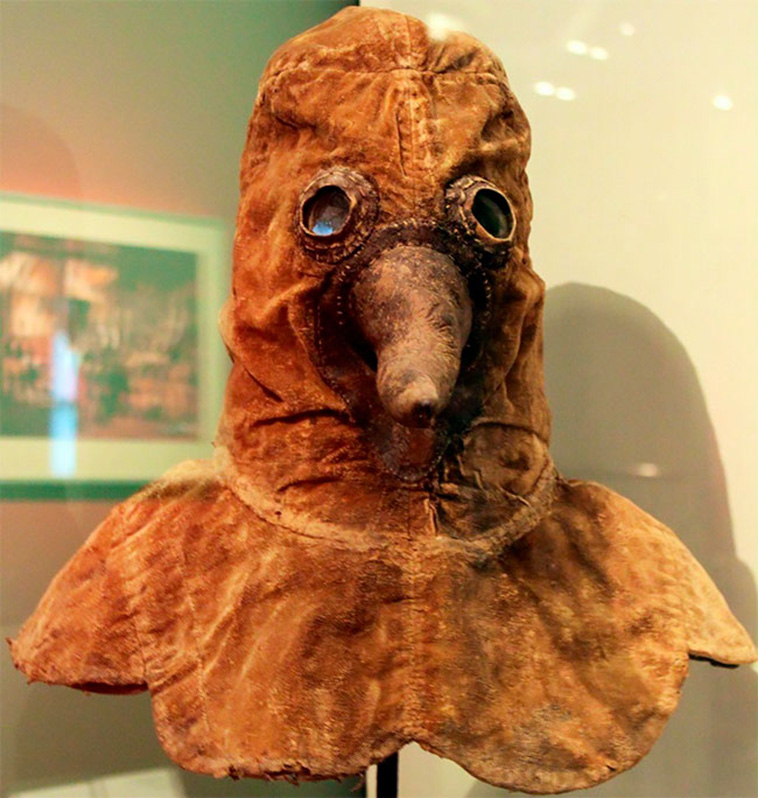 The costume worn by plague doctors had a wide-brimmed leather hat to indicate their profession. Doctors used wooden sticks in order to point out areas needing attention and to examine patients without touching them. Also, these sticks were used to keep people away, to remove clothing from plague victims without having to touch them and to take a patient’s pulse.

Paul Fürst, engraving, c. 1721, of a plague doctor of Marseilles (introduced as ‘Dr. Beaky of Rome’). His nose-case is filled with herbal material to keep off the plague. 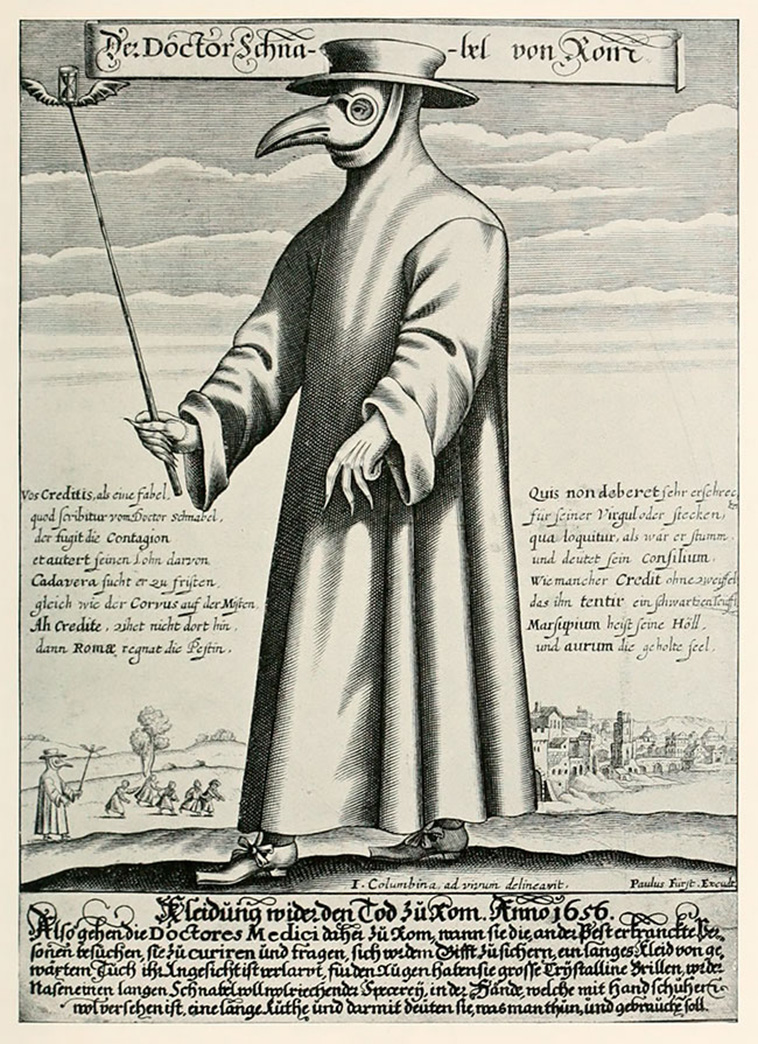 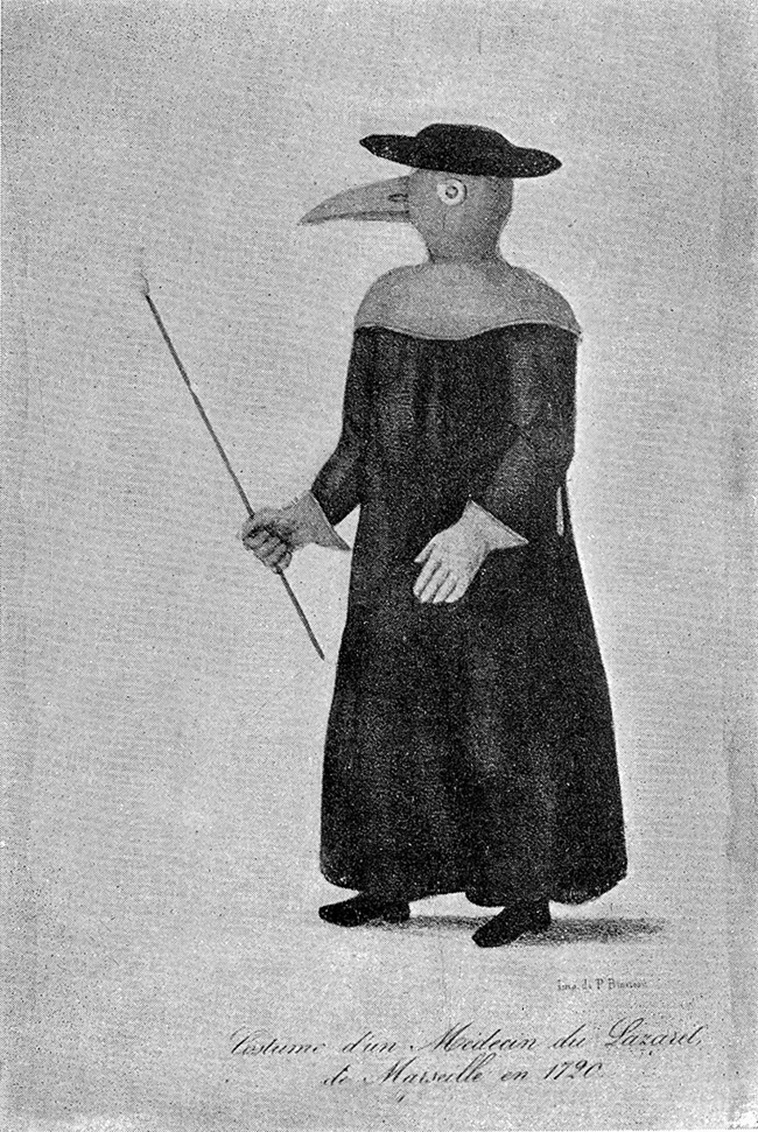 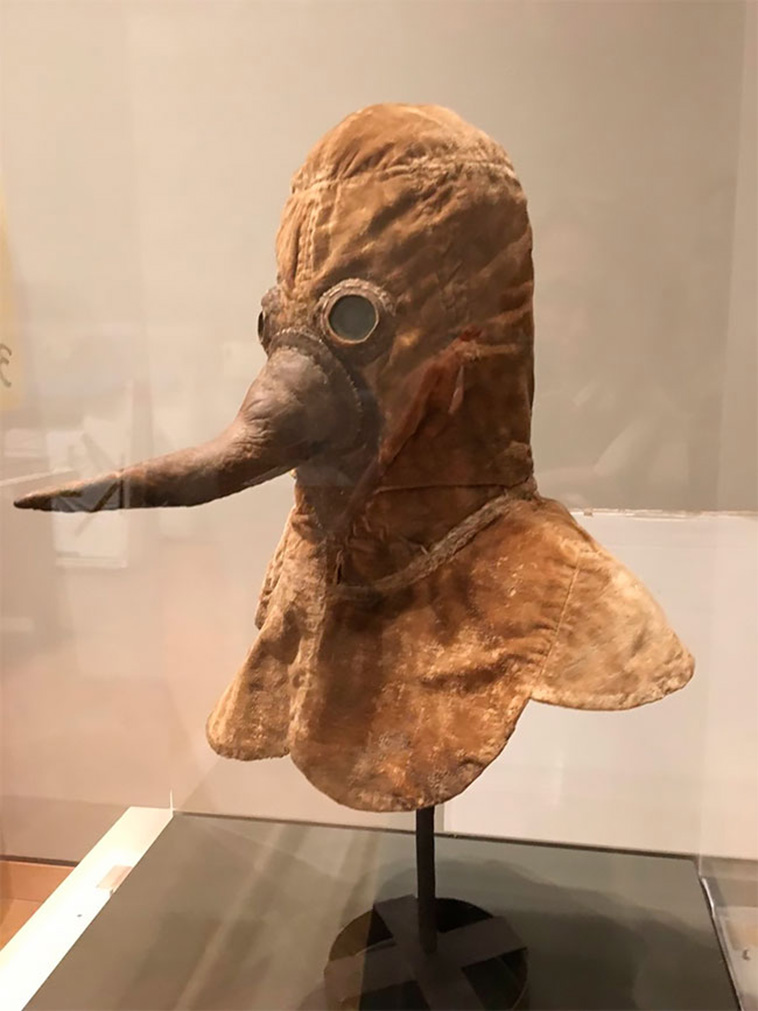 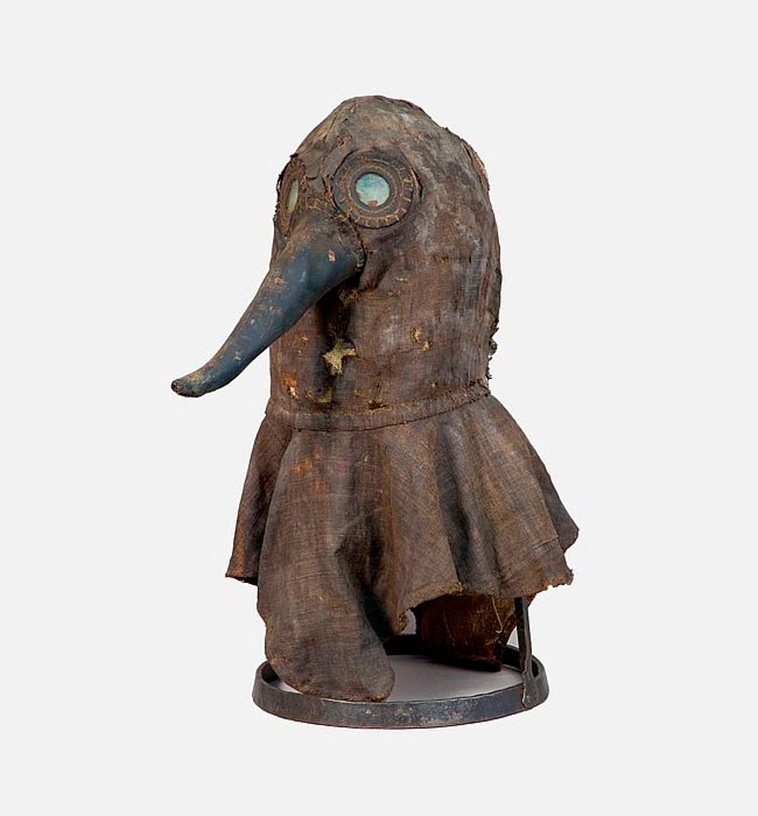 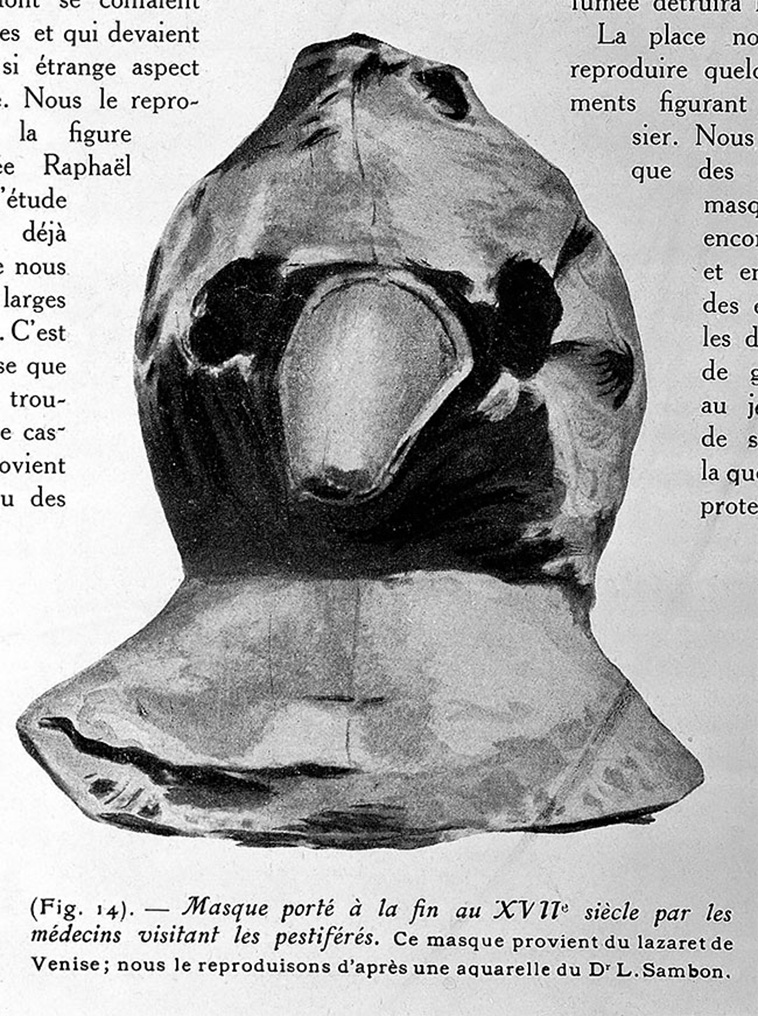 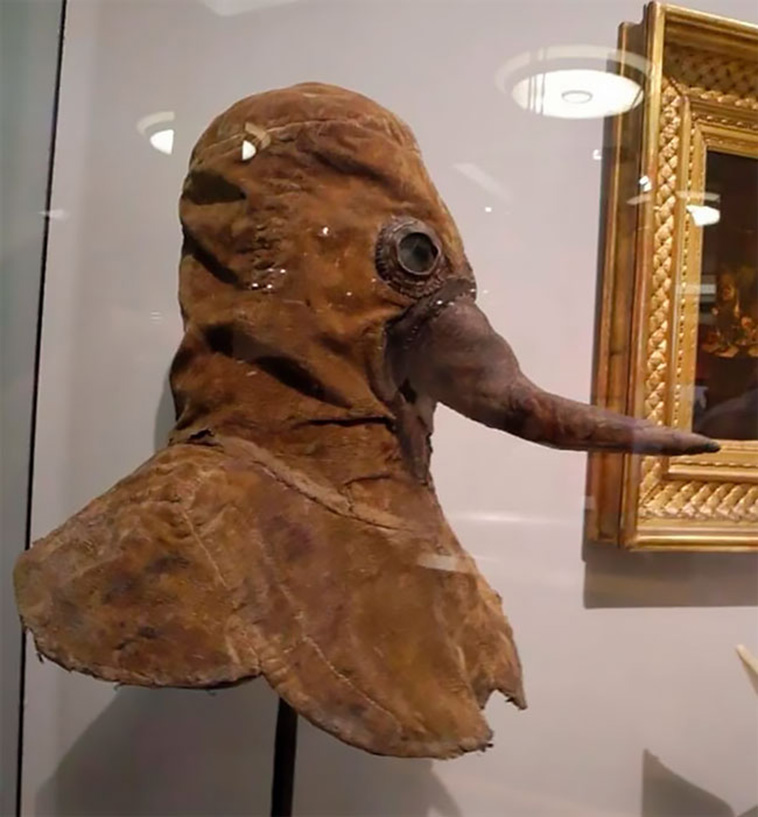 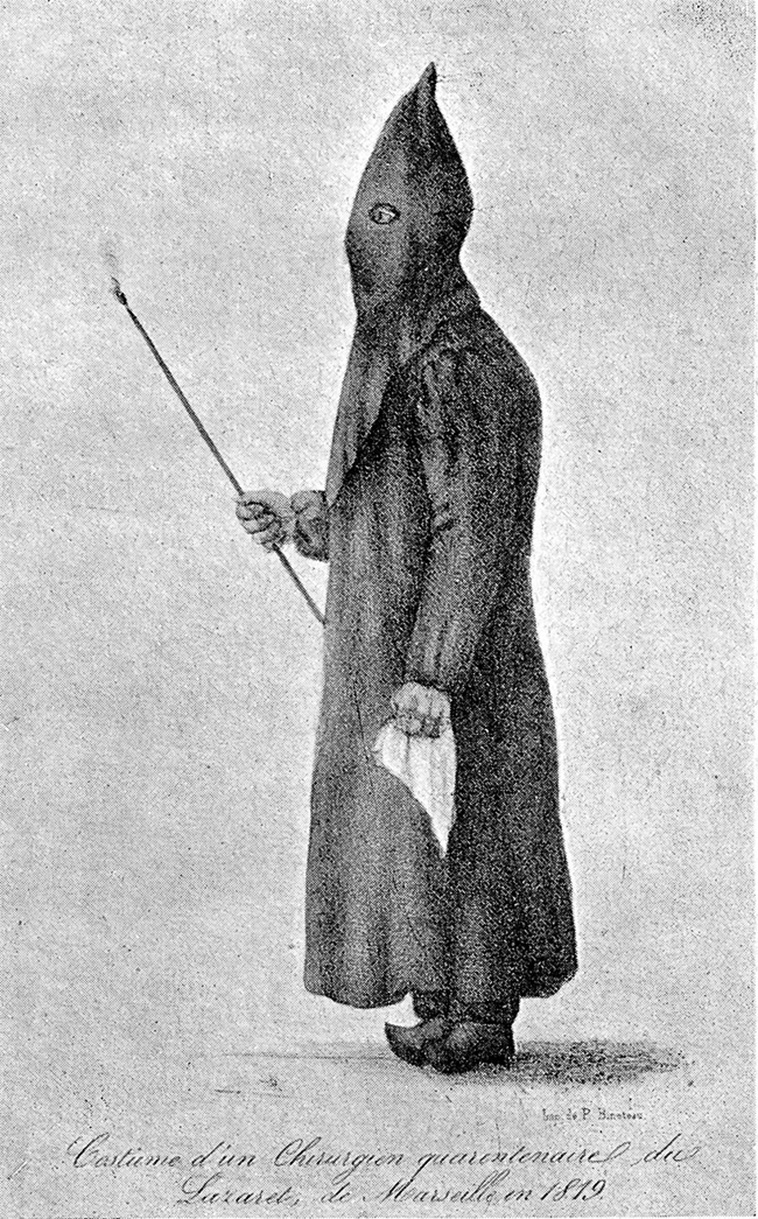 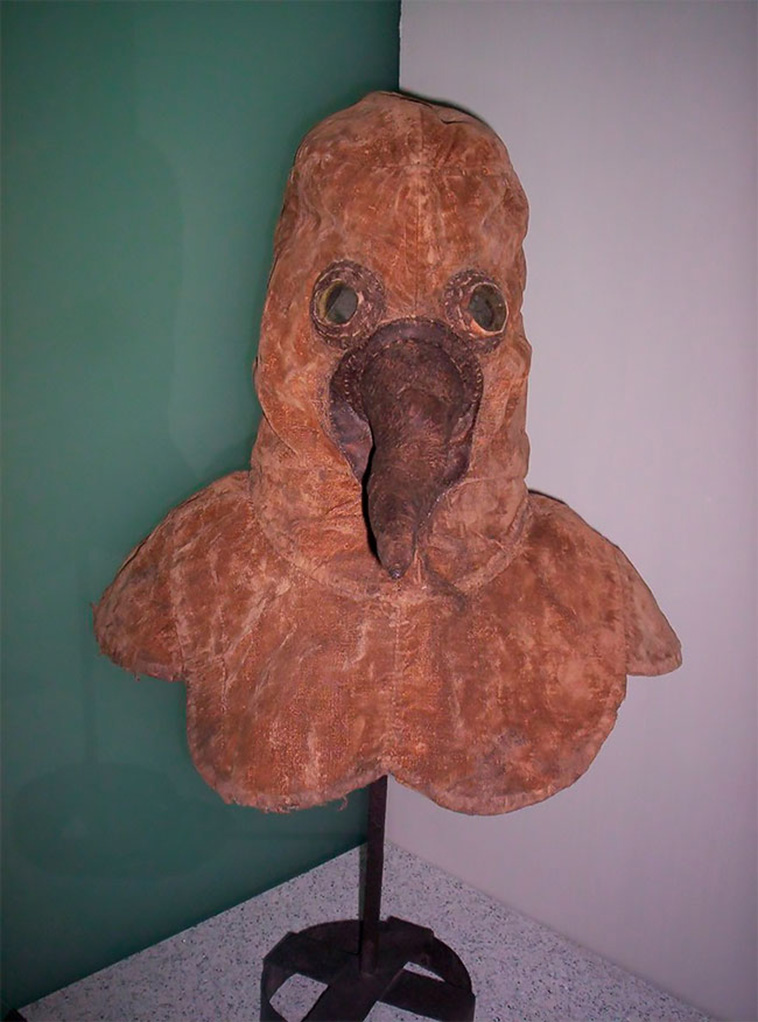 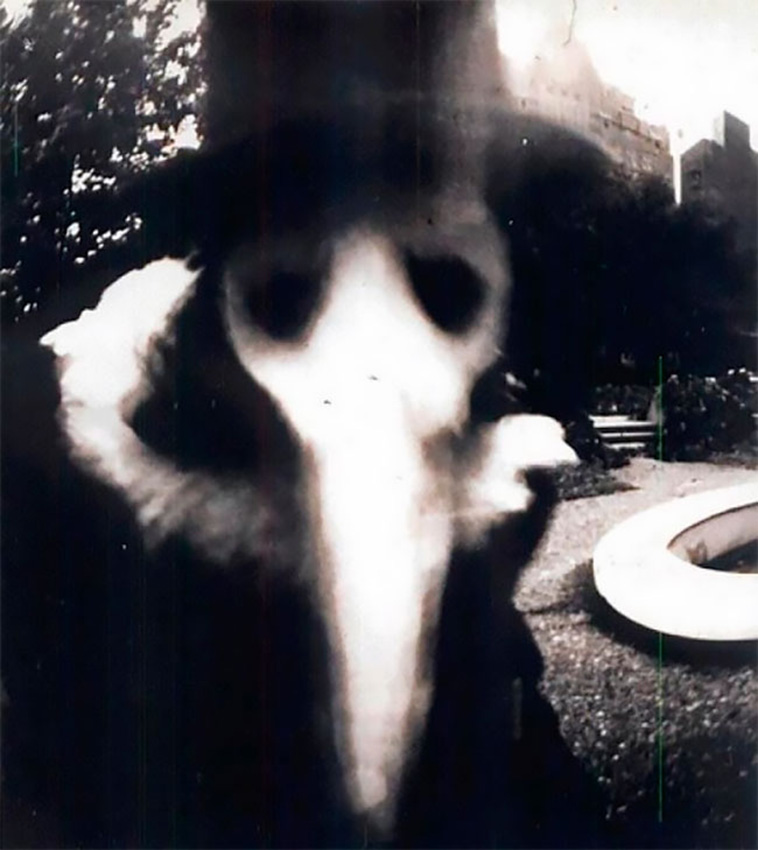