An artist named Jennifer Bolande has designed a unique series of billboard artwork entitled “Visible Distance / Second Sight.” This artwork involved designing several billboards that were made out to look like the scenery in which they were installed. From California’s Vista Chino to the Gene Autry Trail, these billboards give drivers passing by a view of the scenic mountains and landscape that lie just behind them. Some billboard designs will match the background scenery almost perfectly. It is almost like the billboard is a just magnifying glass of what lies in the background. 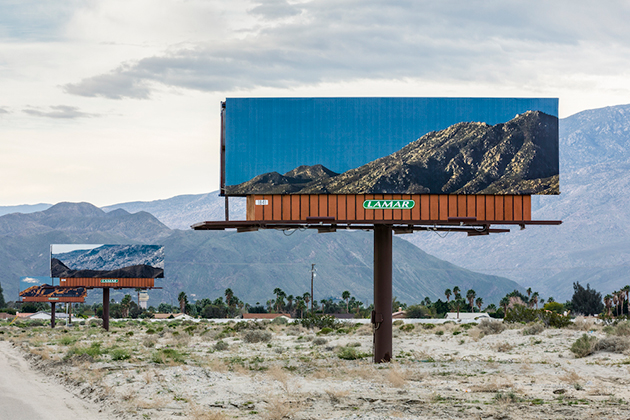 Bolande’s billboard artwork is similar to billboard displays that were done in Massachusetts by artist Brian Kane which had illustrations of galaxies and forests on them. In Bolande’s artwork, she wanted to replace the common pushy advertising found on billboards with the advertisement of nature. Her goal is to give passerby a chance to focus on the landscape of the environment once again instead of corporate advertisements trying to get them to purchase something. 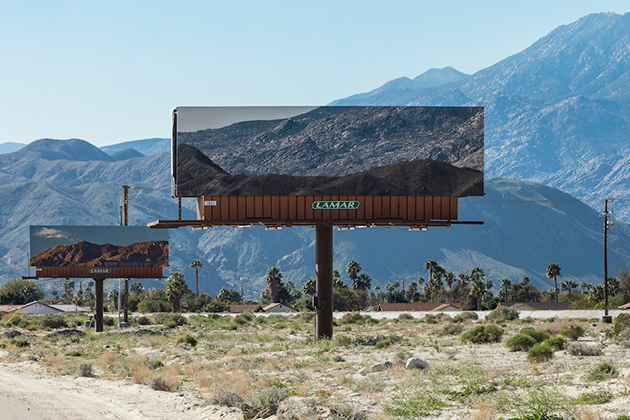 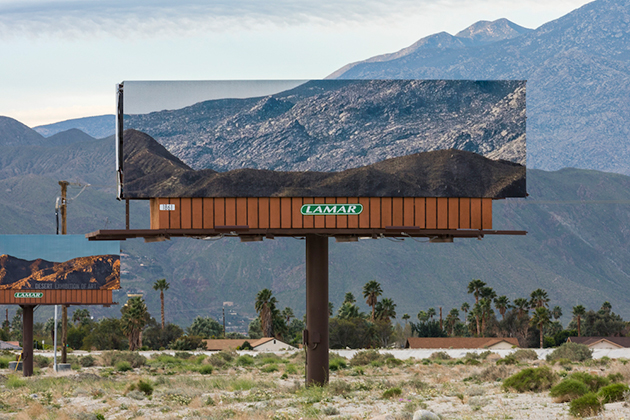 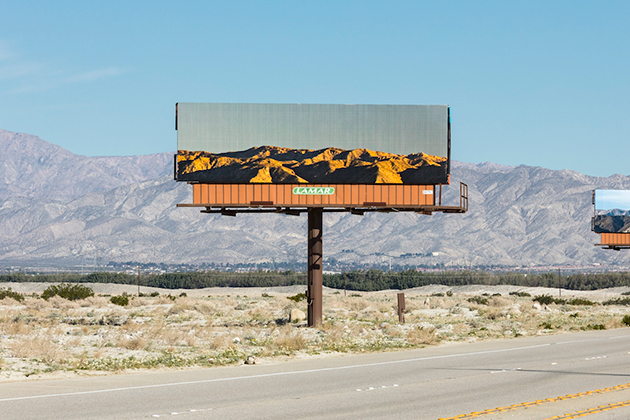 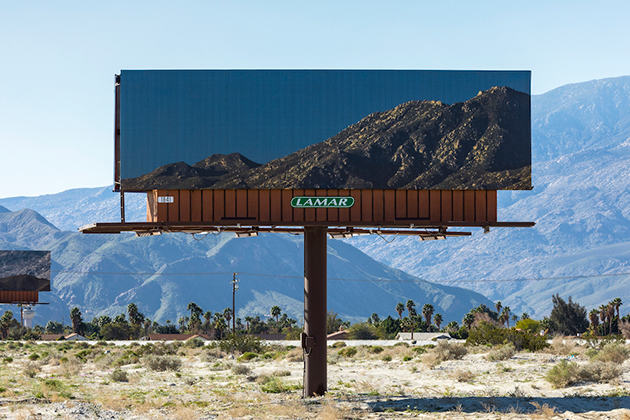