Every town, big or small, has its homeless people. They are a part of every society, and they must not be judged because of their unfortunate condition. We are all used to seeing homeless persons sleeping on benches or at the dark corners of buildings, in an attempt to find a proper shelter in case of bad weather. But in London, something unthinkable happened, when multiple iron spikes were placed on the inside corners of some buildings, to prevent any homeless to sleep there. 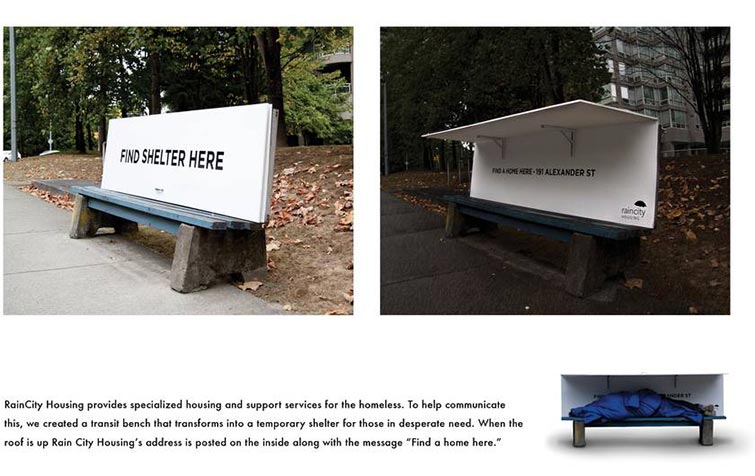 The organizations that defend the rights of people, especially the ones trying to make the lives of shelter fewer people more comfortable, had an opposite reaction. They built special covers for public benches, which could be opened and retracted, depending on the need. What appears to be a bench rest can be opened as a small roof, for the people who end up sleeping on them, even when the weather is not favorable. Thus, homeless people have the chance to sleep on benches and remain dry throughout the night. These benches are very easy to spot, as they have messages showing their purpose. When darkness comes, they lid up a little and show a welcoming message, letting people know that they can easily use it as a bedroom. 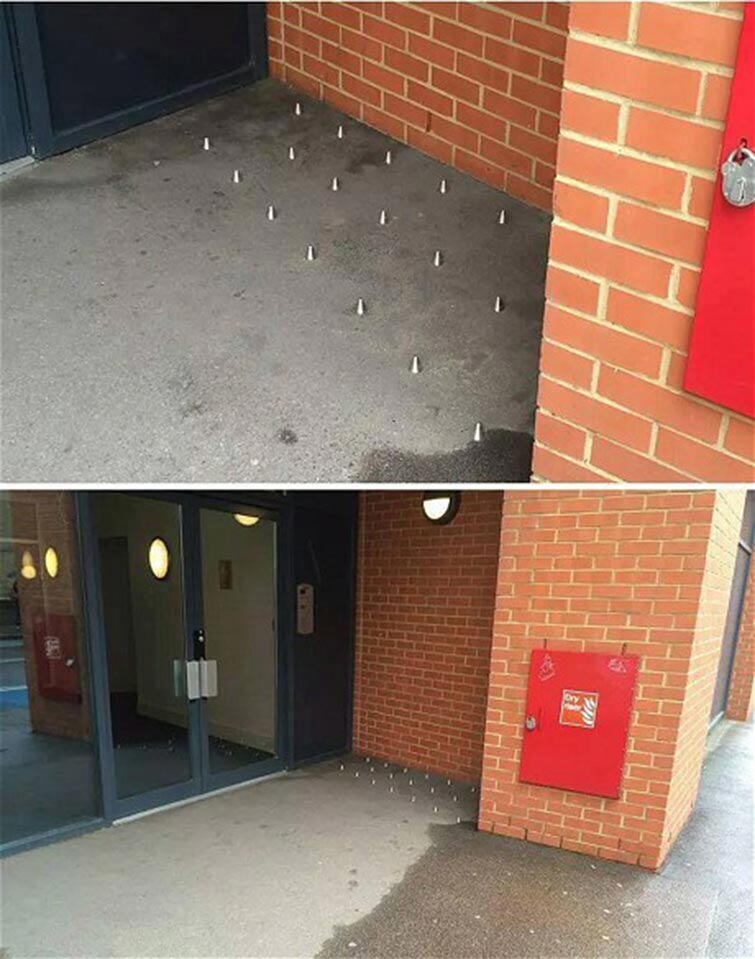 If you ever walk through London, you might see cone-shaped spikes placed on the grown in the proximity of luxury buildings and large shops. The stores came up with the excuse that the spikes were place in attempt to prevent unwanted behaviors, like smoking or drinking, too close to the boundaries of the shop. But these spikes have too obvious purposes. Some organization in the English city, who though the studs were cruel, proceeded in cementing them, as a way of protest. Petitions, media reactions and even harsh opinions coming from the local authorities, made the management of these buildings remove these ugly and barbaric spikes. They should better try to solve the problem in a more human manner because homeless people won’t disappear if you install spikes on the ground. Bench covers should be used here as well, so these people won’t find the need to use other spaces for shelter. (h/t: mic) 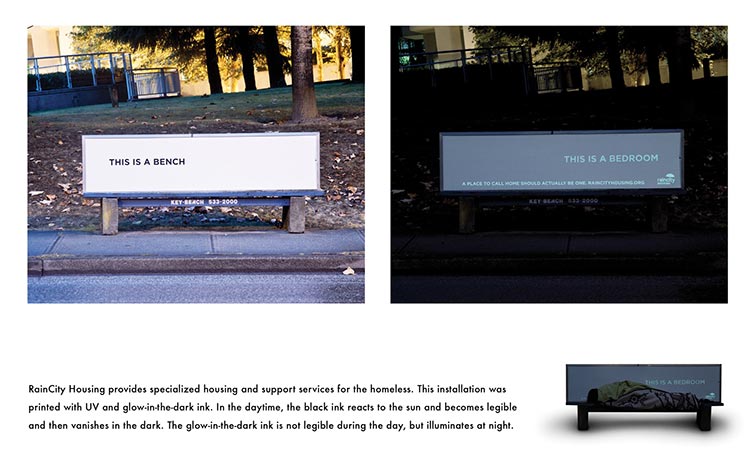 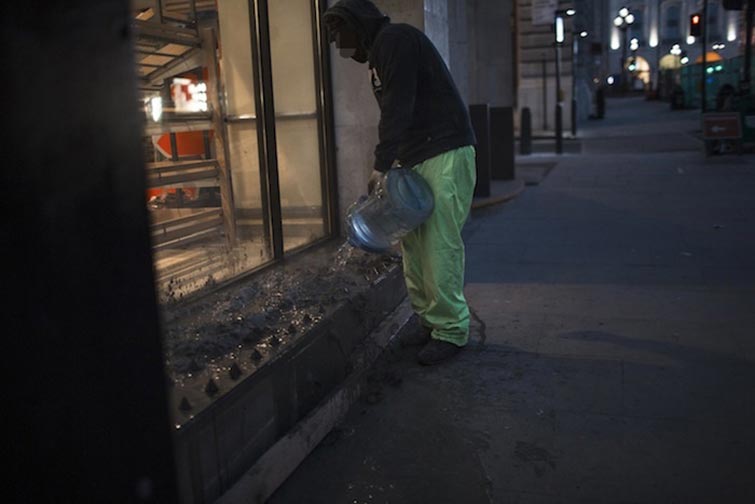