Once she realized what was happening, she couldn’t stop smiling.

People often don’t understand the responsibility of having a pet. They just think about their look and cuteness. Also, when adopting a pet, they mostly are not aware of the pet’s needs and characteristics. For example, a husky is an energetic dog breed with a lot of active prey drive, which might bore them when there is not enough stimulation present to fulfill these needs.

This is applicable in Thailand too. This is why this beautiful husky was found in a bad condition. One day in January, Soi Dog Foundation, an organization in Thailand that rescues cats and dogs, got a call about an abandoned husky. 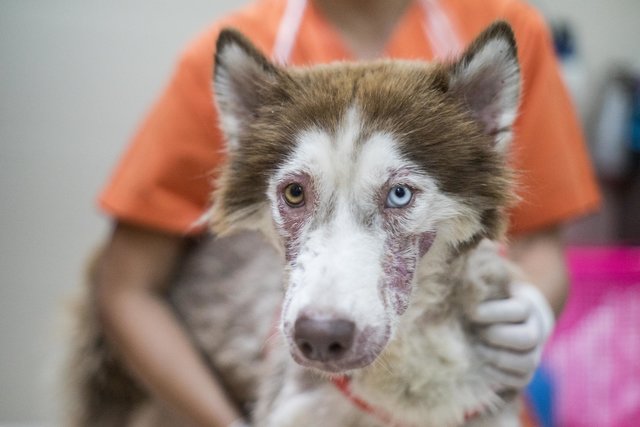 “In Thai society, a lot of importance is placed on appearance, and Huskies, with their blue eyes, are very popular,” Maeve Henry, a spokesperson for Soi Dog Foundation, told. “A lack of education about animal welfare in general means that Thais love cute puppies, but don’t like the work that goes along with having a big, energetic dog like a husky. Many, if not most, will end up abandoned when they are no longer small, cute and fluffy.” 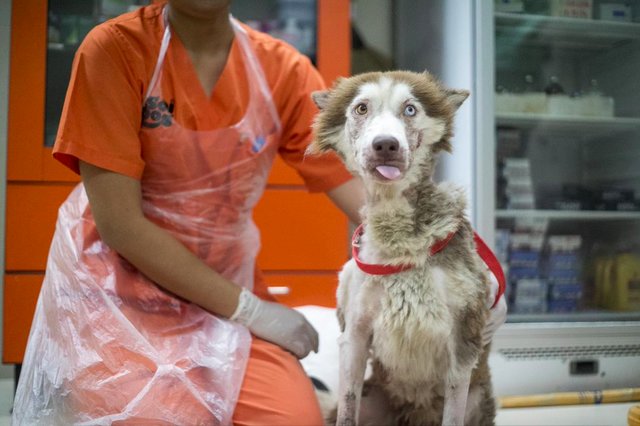 They immediately went there.

The dog had many problems including anemia, crusty eyes, wounds and demodectic and sarcoptic mange which causes loss of fur.

“She had clearly been neglected for a long time by her former owner,” Henry said. 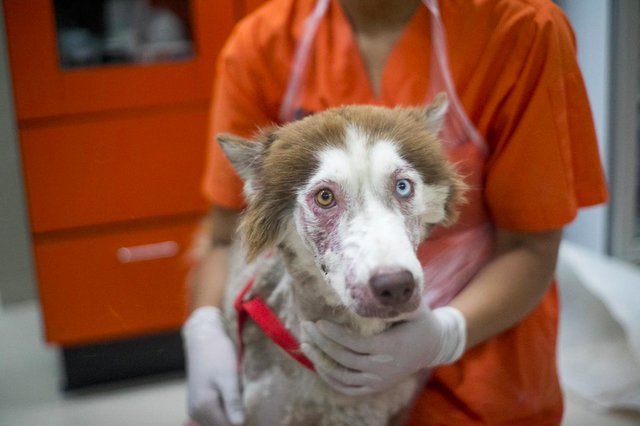 The husky was named Nessie. When they tried to approach her, she was very friendly despite her bad conditions.

“Rescuers couldn’t believe how friendly and affectionate she was, despite her suffering,” Henry said. “She just wanted to kiss them and be close to them. It was heartbreaking that she’d been so cruelly neglected and then abandoned.” 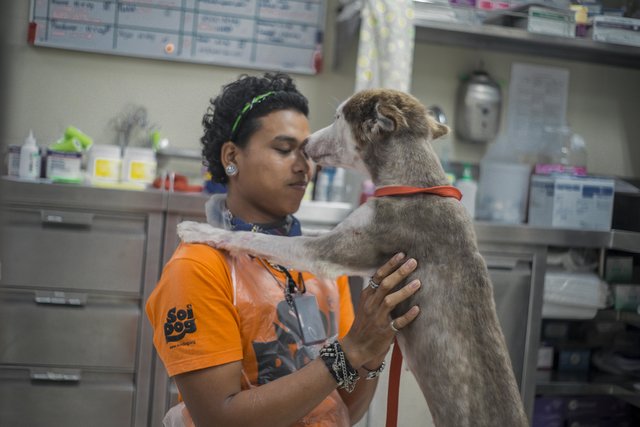 The Soi Dog Foundation took care of her. After a couple of days of her being found, she began smiling, according to Henry. “She realized she was being helped,”. 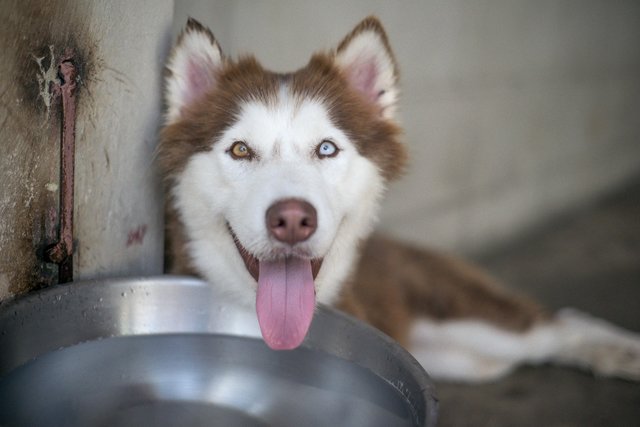 In April, after four months, Nessie was flown to the US to The Devoted Barn, a rescue group in the US.  She would stay in the foster care unit of this organization. 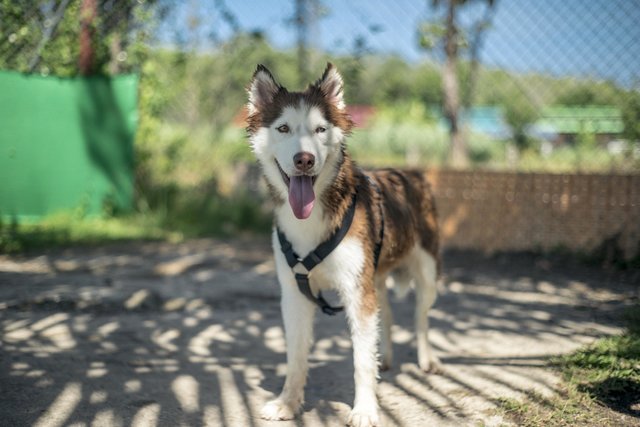 She waits for her new home which –hopefully- supply enough care to meet her needs. However, the abandoning problem exists in the US too. People often get huskies when they are small and fluffy. When the problems come to the surface, they abandon. In fact, the problem got even worse after the release of popular series “Game of Thrones” in which husky-like dogs were featured as “dire wolves”. 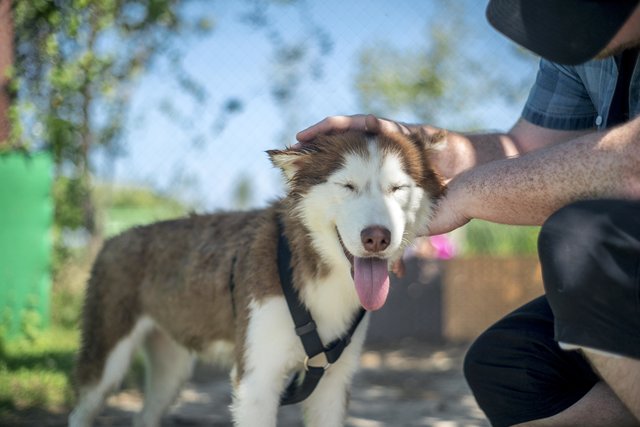 But, hopefully, things will get better for Nessie, who’s now called Matsi. There is no doubt that she would bring joy to a family.

“It’s great seeing her happy and wagging her tail,” Henry said. “She was very loving while she was with us, and from what I can see of the videos [from her foster dad] … that hasn’t changed.” 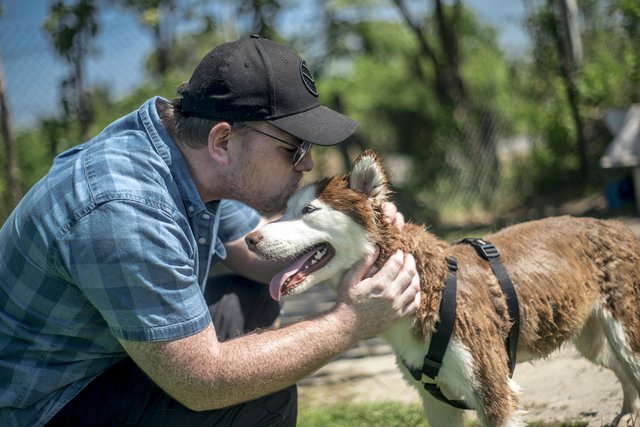