It is a story of a cat, Valentino, just as Beauty & the Beast.

Before his Beauty saw him, Valentino was living in the Baldwin Park Animal Shelter with no hope because of his outlook. He was covered with dirt, making his fur rigid and “ugly”. His fur was so firm that it limited his vision by covering the eyes. It was a disease called sarcoptic mange making him look like that. 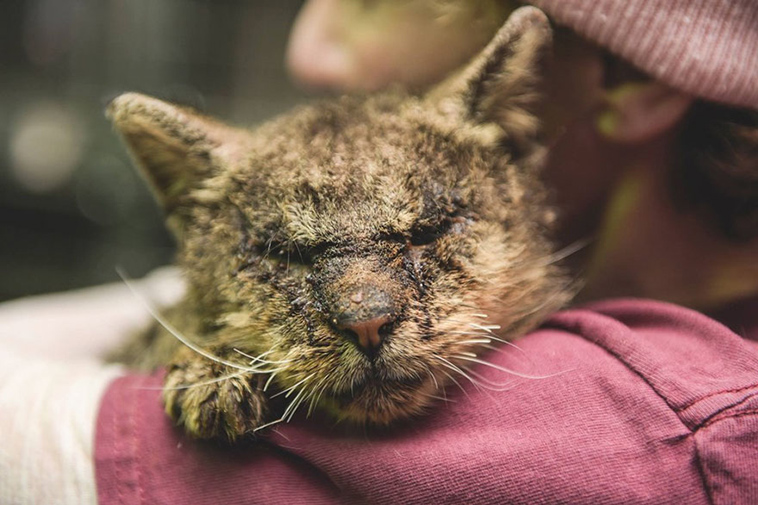 Nobody but the Beauty, Elaine Seamans, noticed him despite his condition during her visit to the shelter. While talking about this moment she said “He reached out with his little paw and made the tiniest meow. 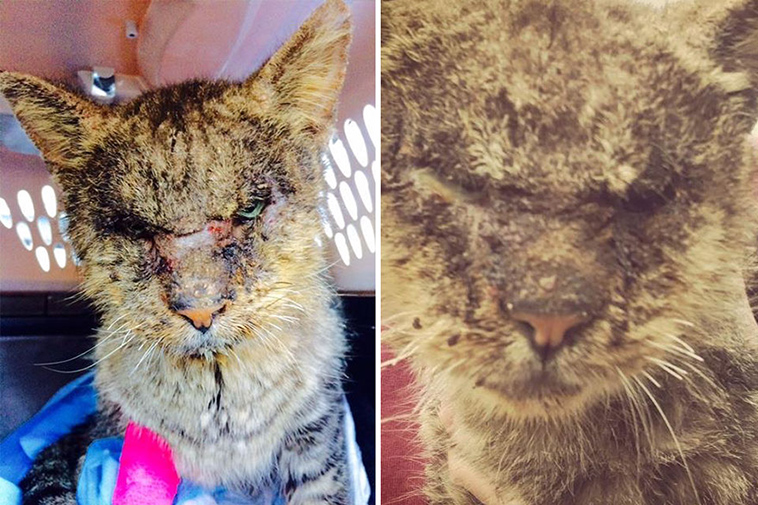 It was like he was screaming without verbalizing it: ‘Please help me.'”. After this emotional moment, she couldn’t help herself and take Valentino out. Expressing her thoughts about at that very moment she said “There are times when it’s not an option to keep walking, you just have to stop. This was one of those times.”. 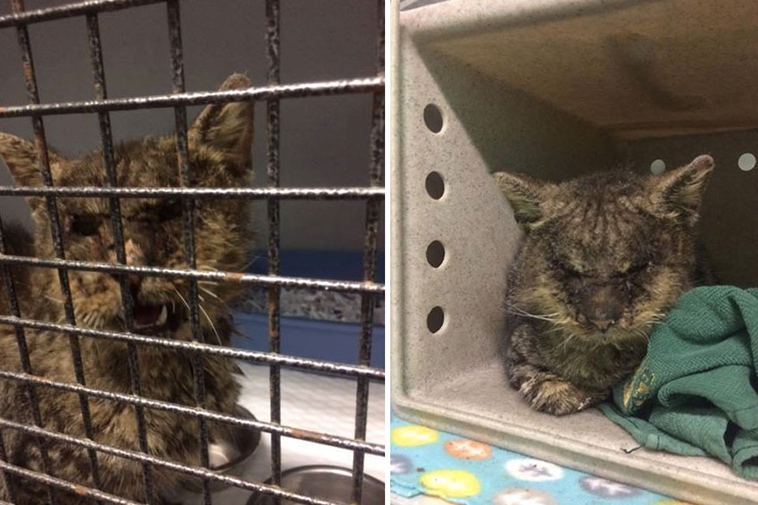 Although the disease is contagious to both humans and other cats, Elaine refused to wear gloves to protect her and hugged him. Valentino put his head on Elaine’s shoulder and it was the moment Elaine said: “I have to get him out.”. 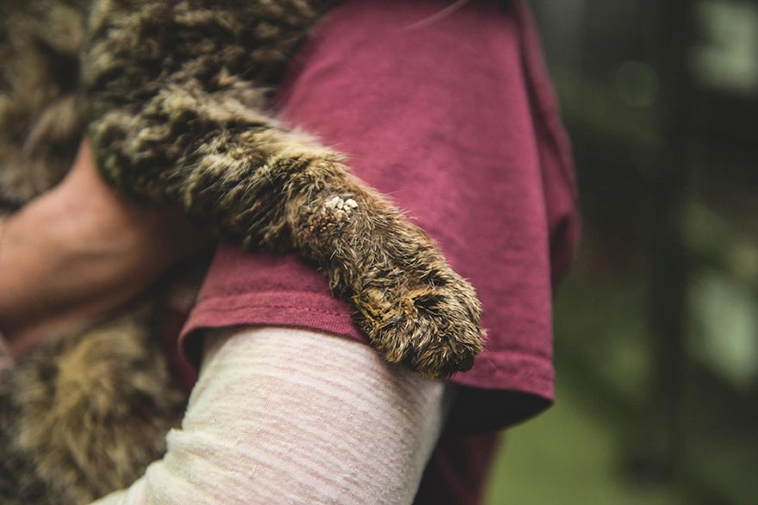 She then called Leave No Paws Behind and talked with Tom Wisneski to ask for help. She let Tom hear Valentino’s voice on the phone, which left no option for Tom but to help the cat. 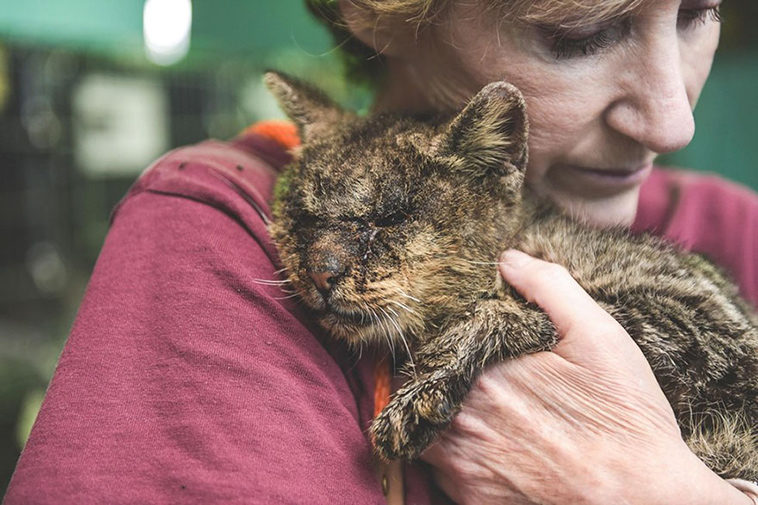 Tom immediately called a vet to fix the problem. Valentino was unable to see and move, though he was fighting for it. Everybody just adores him and they’re very protective of him.” said Tom.

Valentino has arrived at ACCESS: Advanced Critical Care Animal Hospital bless his little heart ❤️ Hang on little man, you are in the best of hands! They told me not to worry , they are on it! Well I am gonna worry until he gets past his crisis :-( YOU CAN DO THIS VALENTINO! Don't give up sweet boy, don't be afraid we are all right here with you!!! All paws raised 🙏🙏🙏 #GOTEAMVALENTINO

Luckily the vets think that his condition can be cured. Everybody is so enthusiastic to see him in a home, in a family. “He’s so loving,” Wisneski says. “You can tell he is very grateful. He will purr for them and try to rub up against (veterinary staff). He knows he is safe.”. When he opens his eyes, he will be transferred to his new, caressing home. 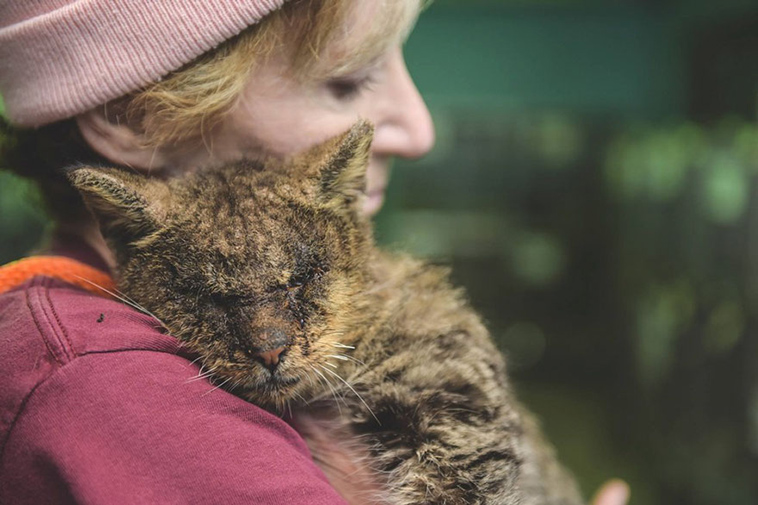 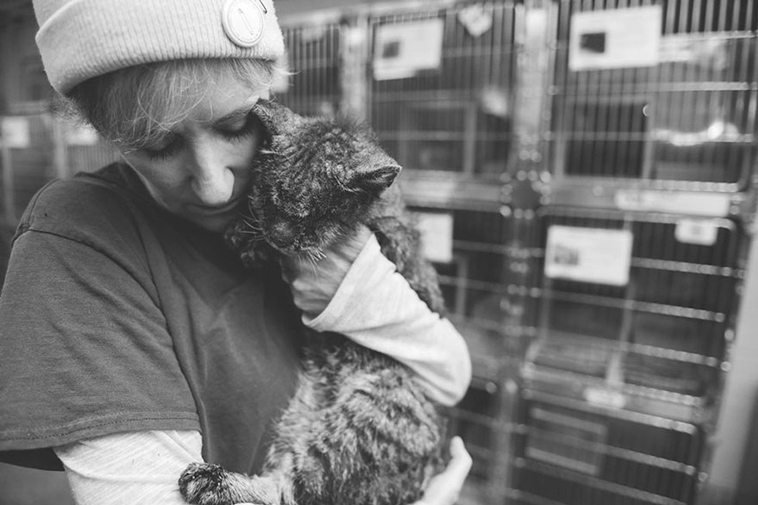 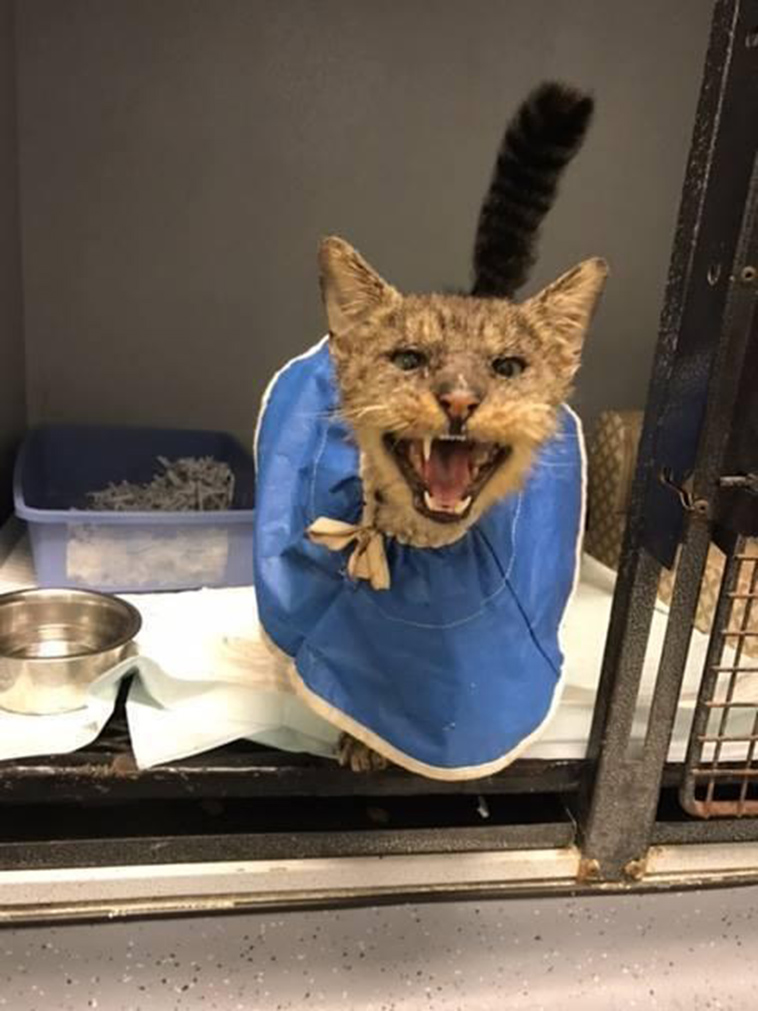 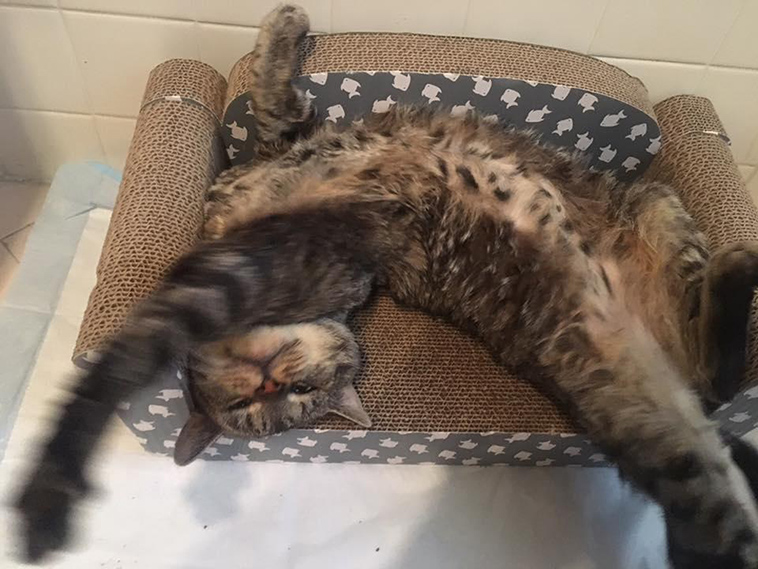 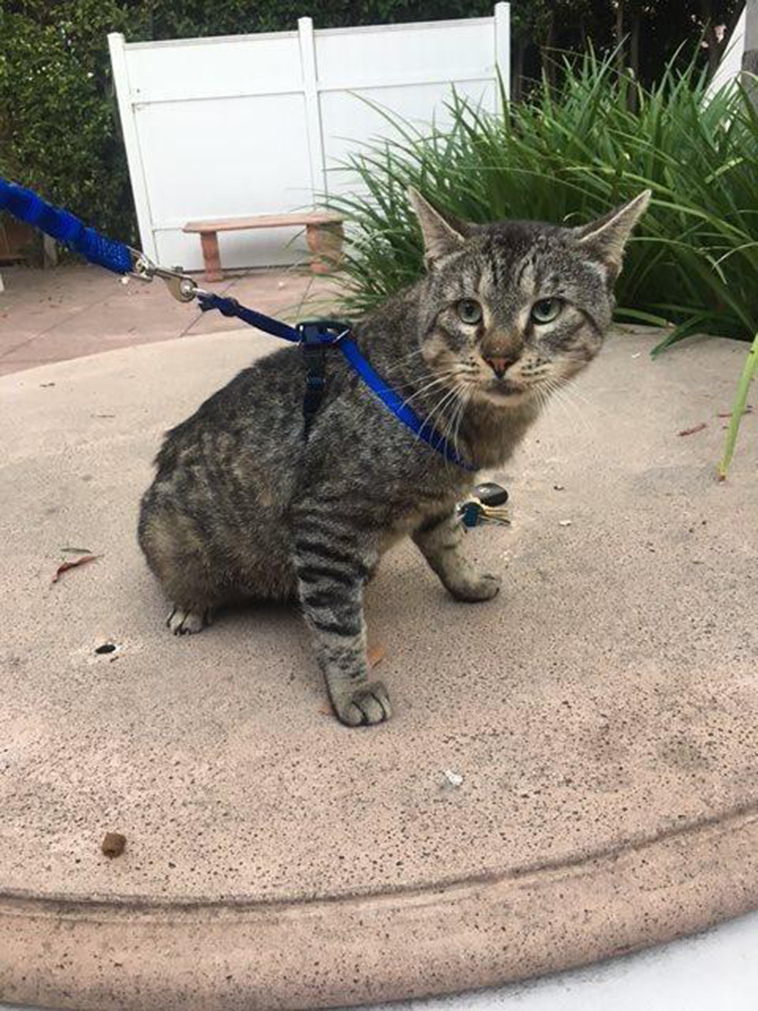 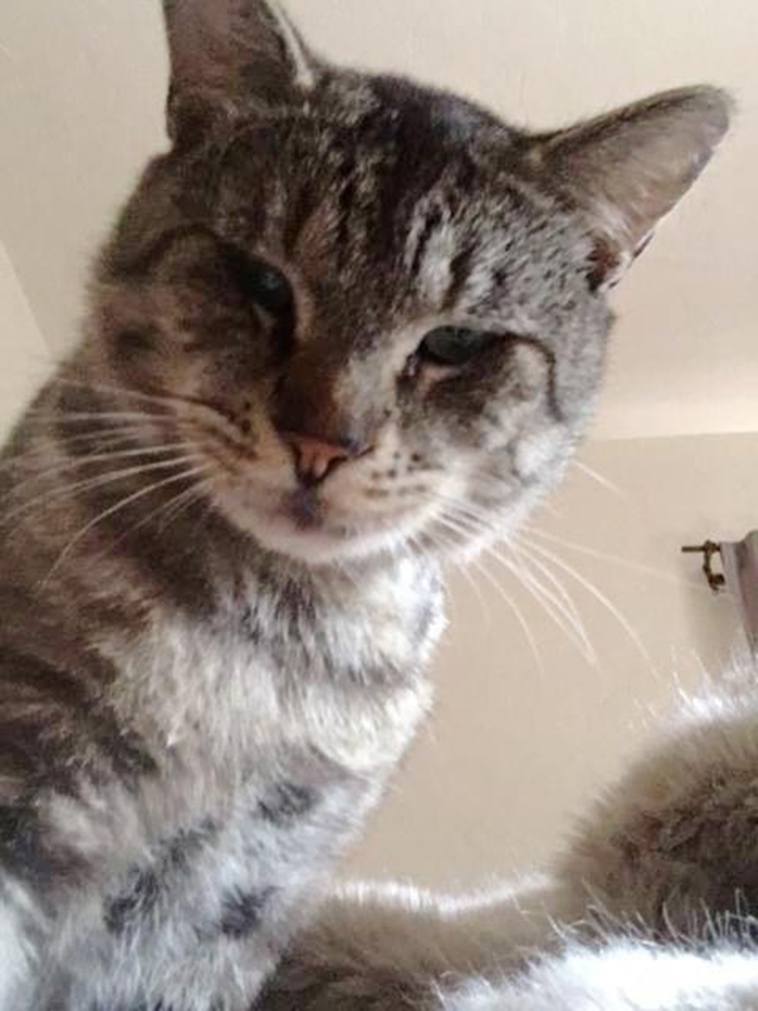 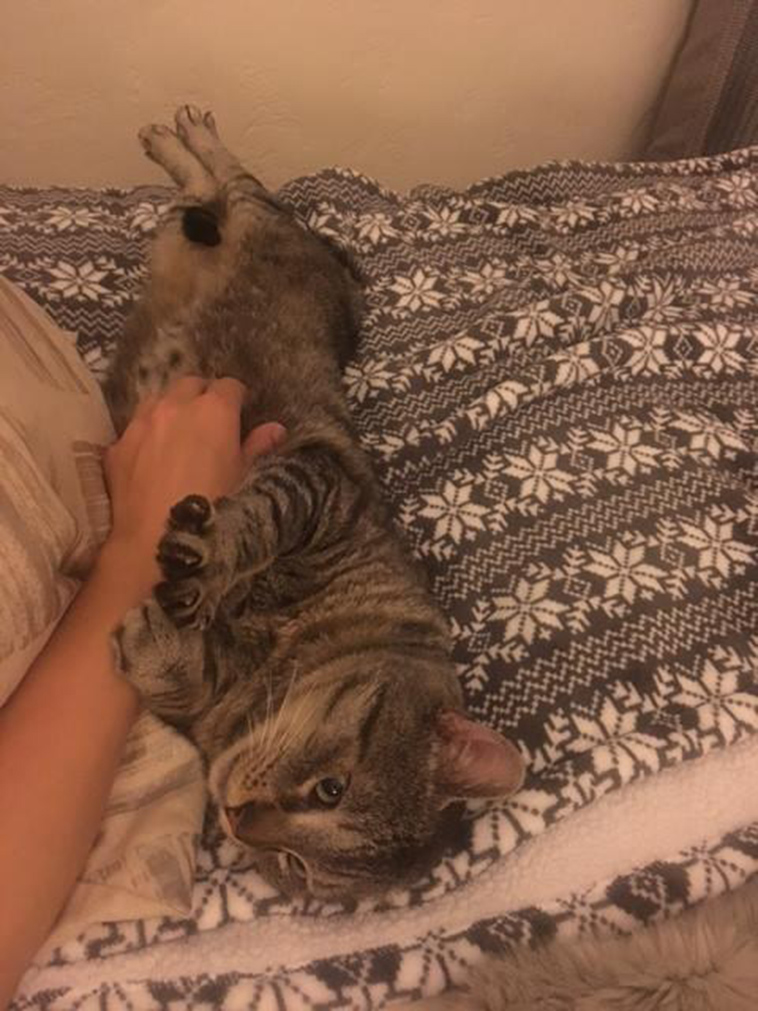 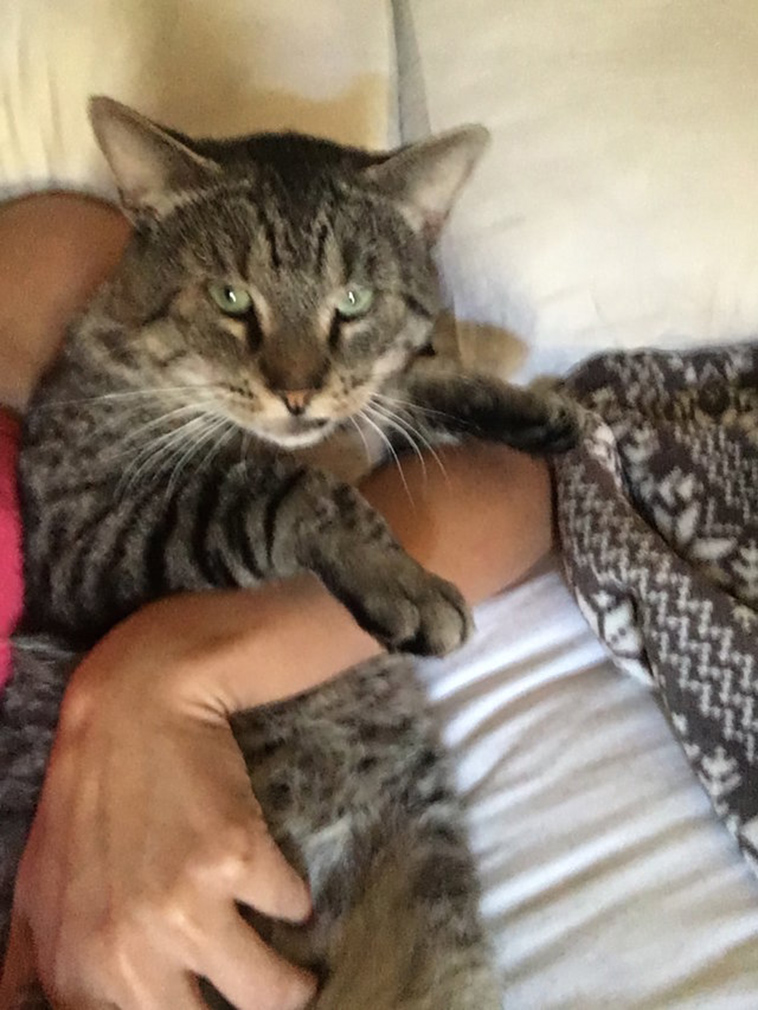 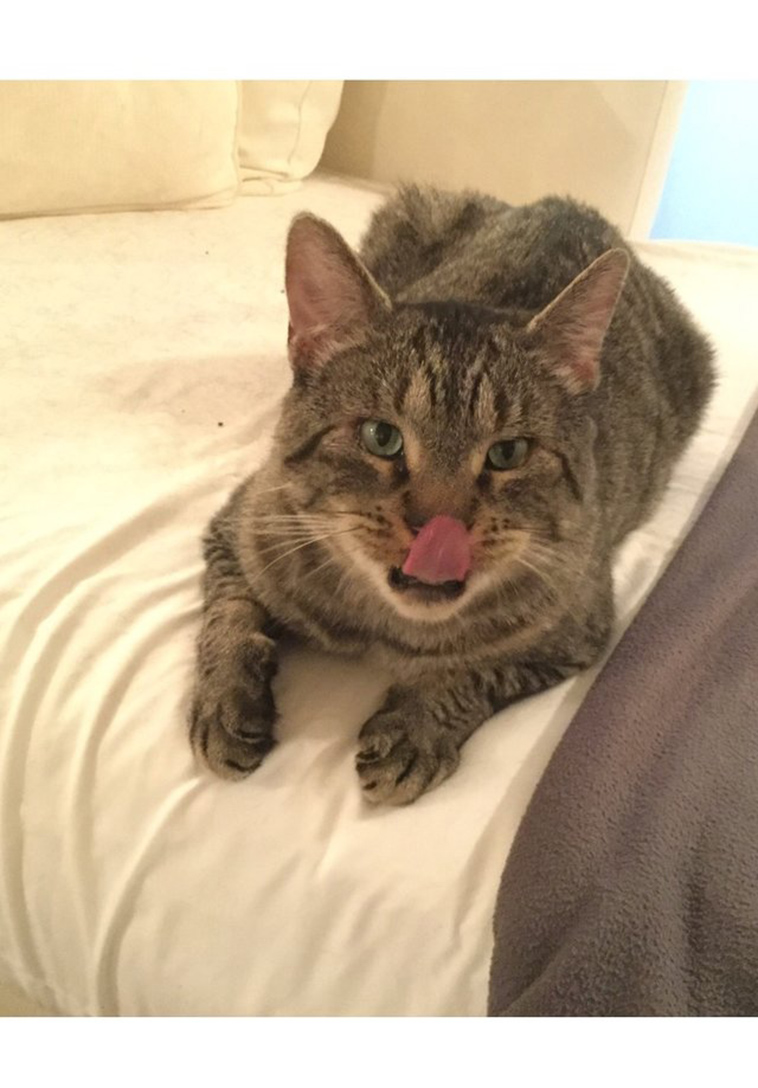