21. How Do You Get That Damn Window Open? 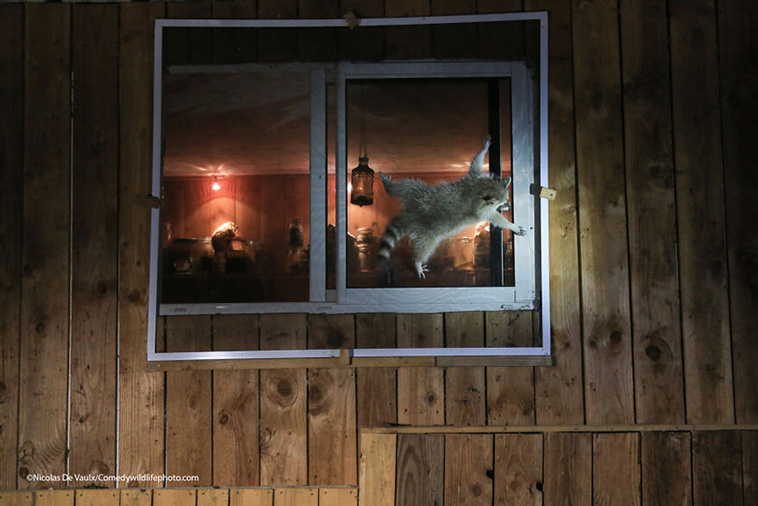 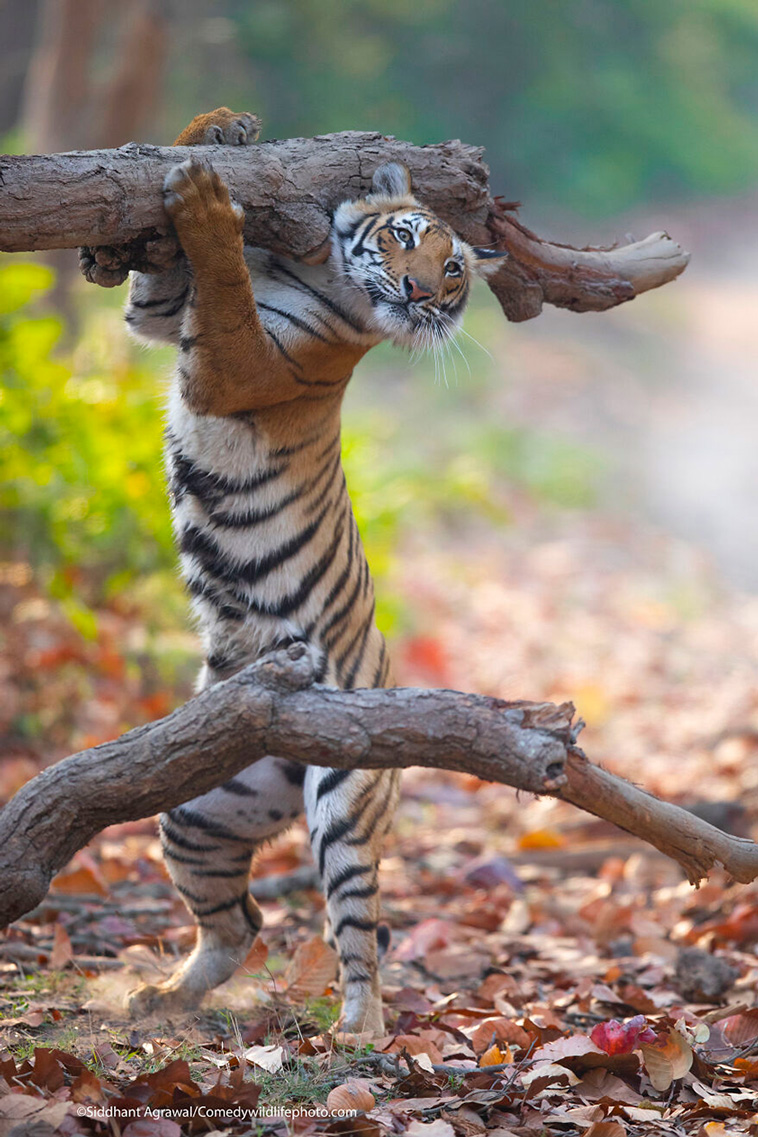 “I have been following the family of a tigress called Paaro in India’s Jim Corbett National Park for many years. This is her daughter who has stood on her hind limbs to be able to scratch her face with a log. But, it appears as if she is carrying the log on her shoulders.” 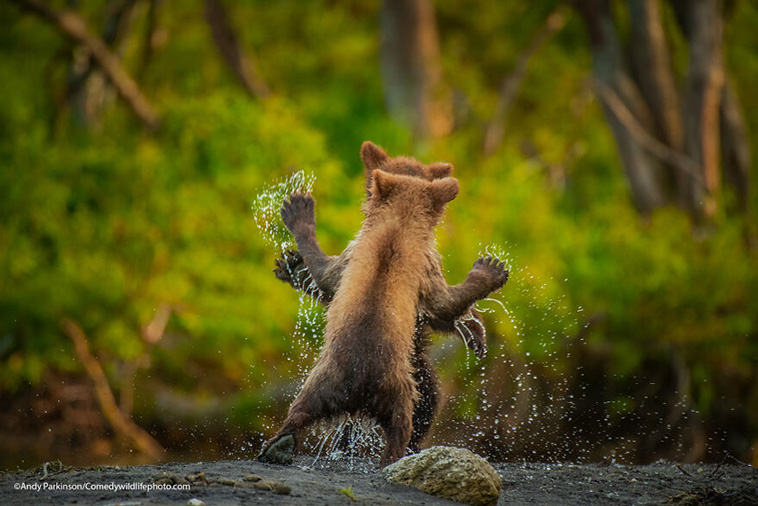 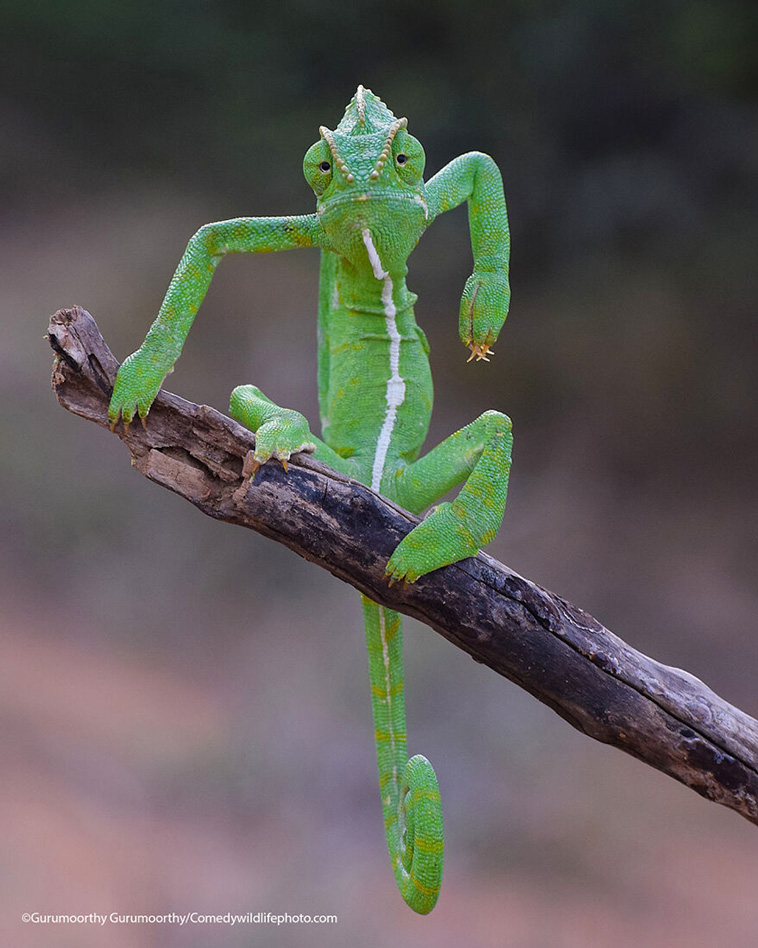 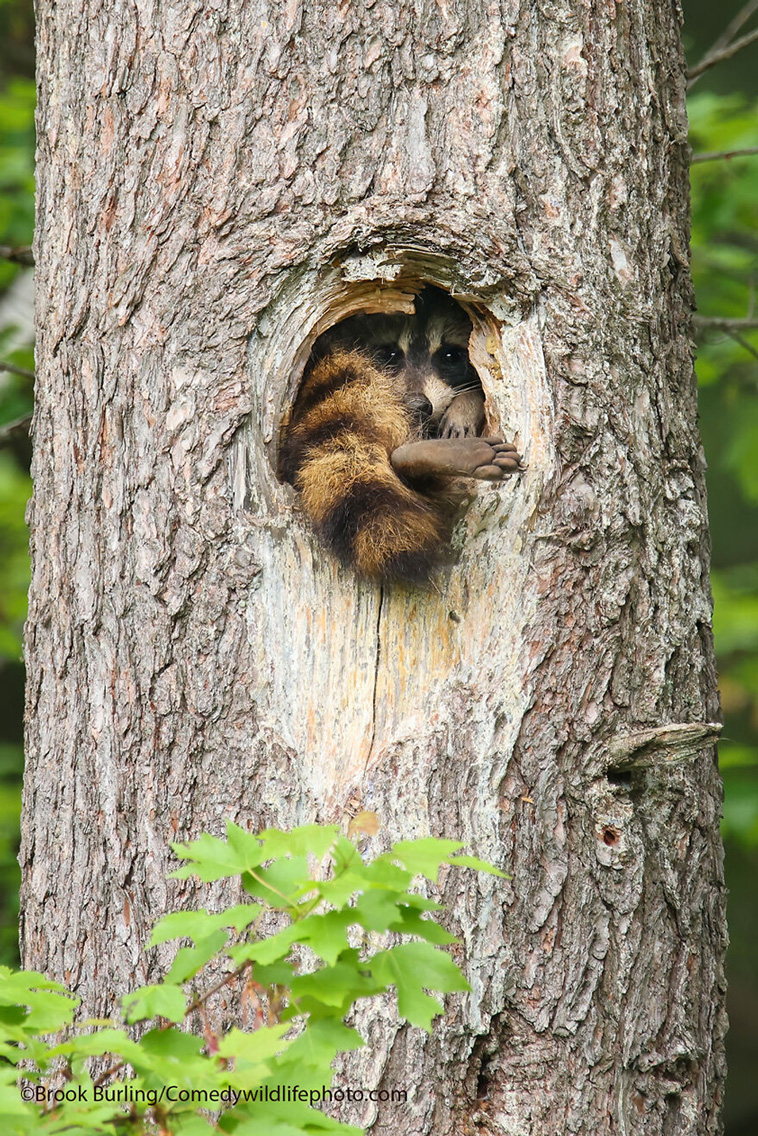 “There is a great big pine tree with a small to medium sized hole in it near my house where a young racoon has called this home for the past year. Well this year it appears that the little racoon has outgrown it’s tiny home as it barely fits!” 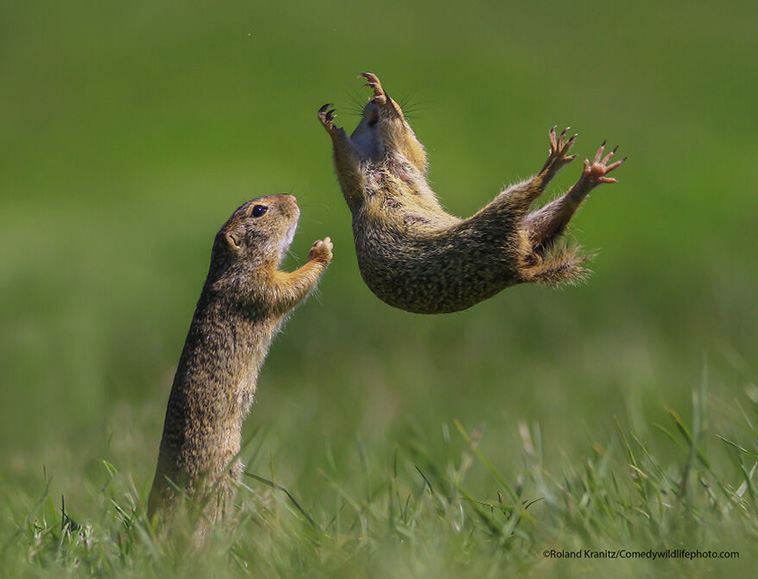 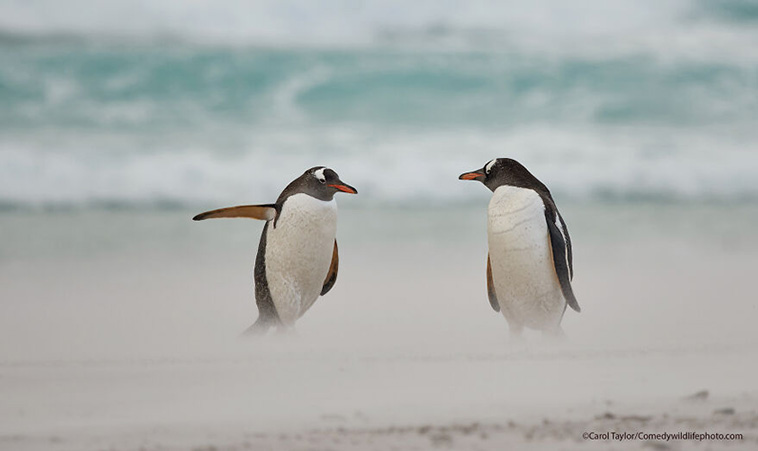 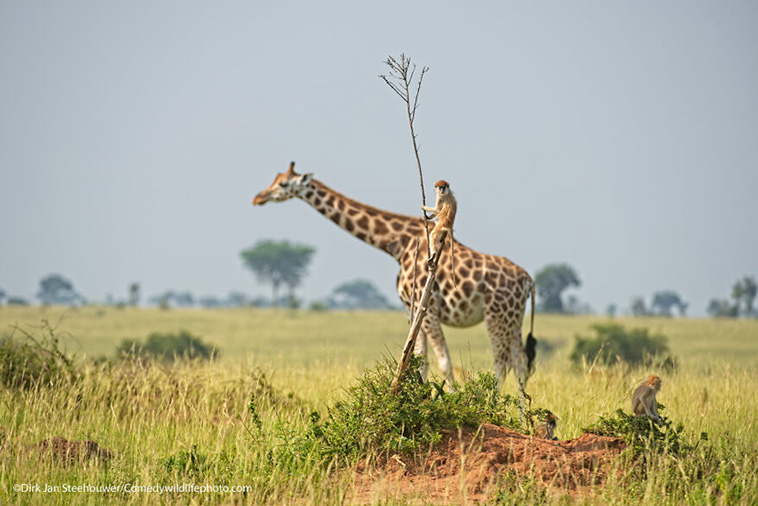 “During a game drive we found a group of monkeys playing around with each other, jumping up and down from a bare branch.It was a joy to watch. After a while I saw a giraffe coming from the right. By the moment the giraffe did pass the branch, one of the monkeys was on his post to ride the giraffe :-)” 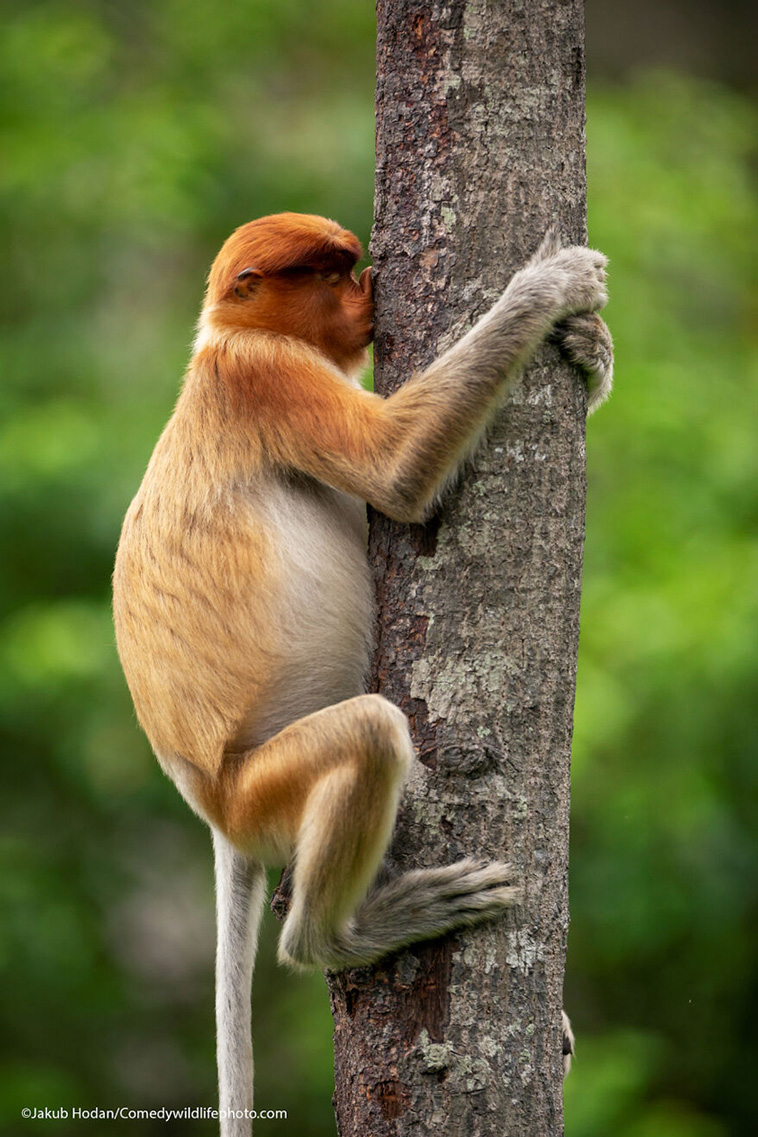 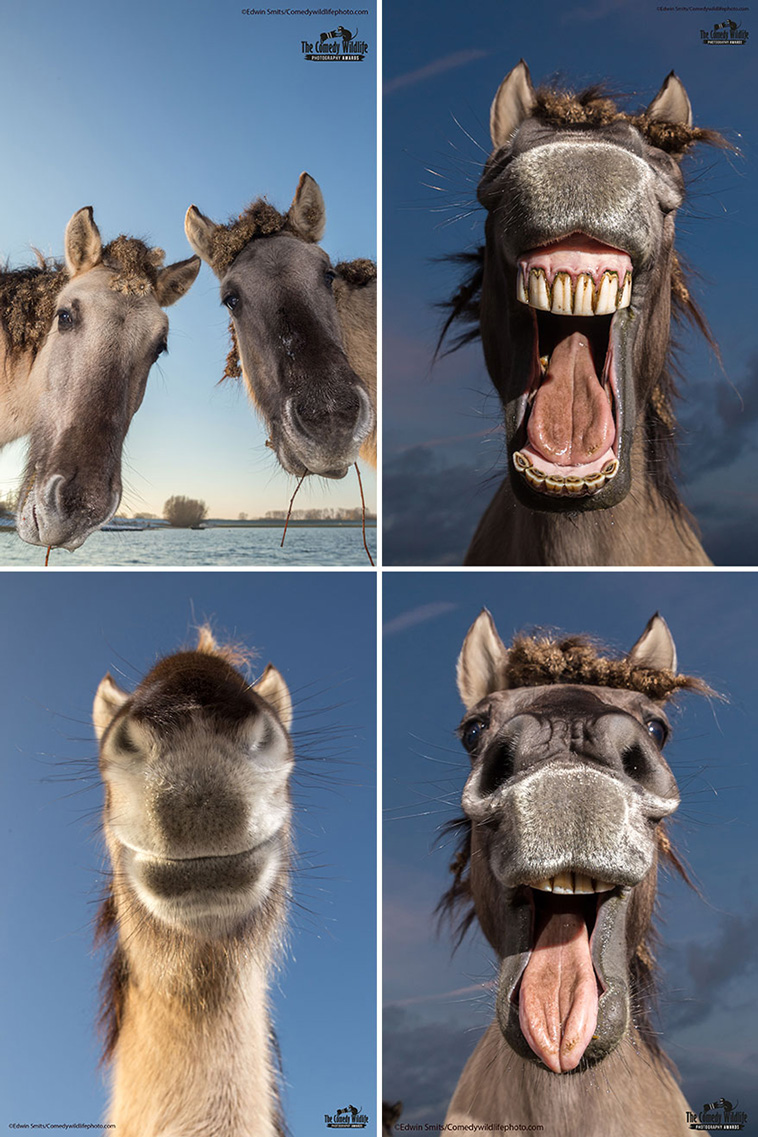 “While trying to make proper pictures with flash I visited two groups of wild horses for two years. Every now and then they didn’t try to eat my flashes or run over the stands and they posed for me.”