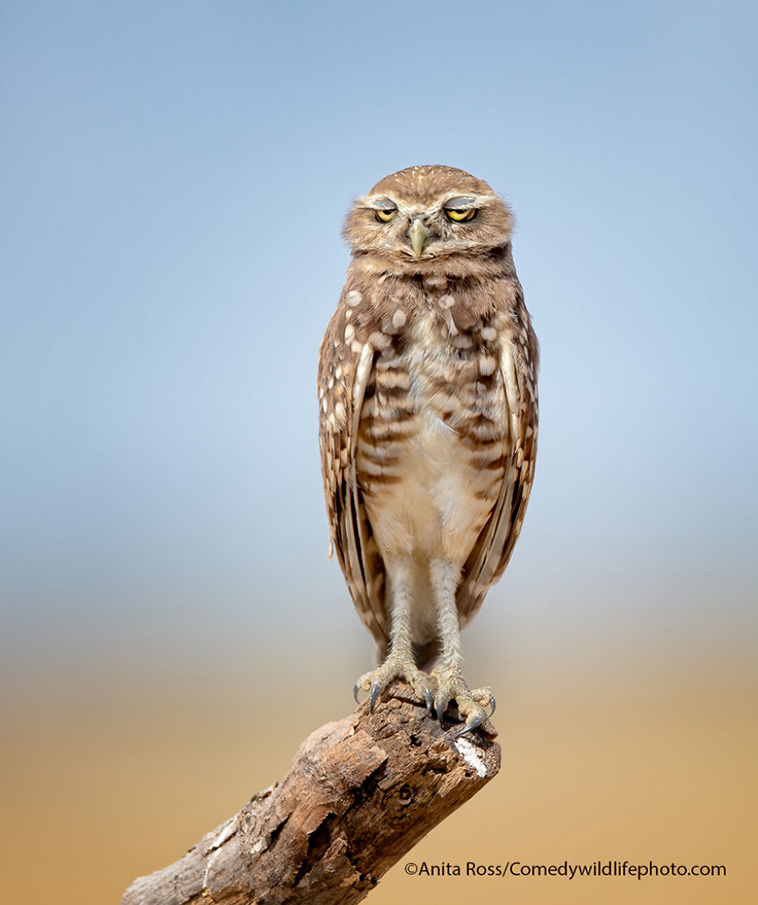 “Burrowing owl youngsters are so amusing to watch. This burrowing owl caught my eye because he looked like he a hangover.” 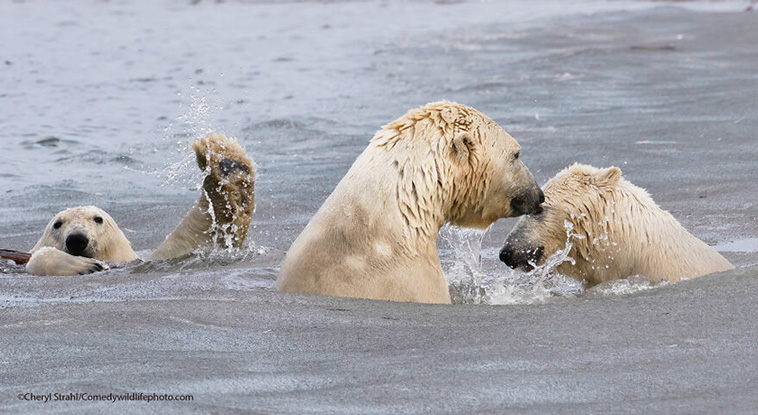 “Polar Bear mom and cubs frolicked in the icy waters of the Arctic. They kept dipping under the water and once came up together with this amusing pose. A tender moment is shared by mom and one cub while the other photo-bombs with a wave to the onlookers. Or, it sure looked like a wave…..” 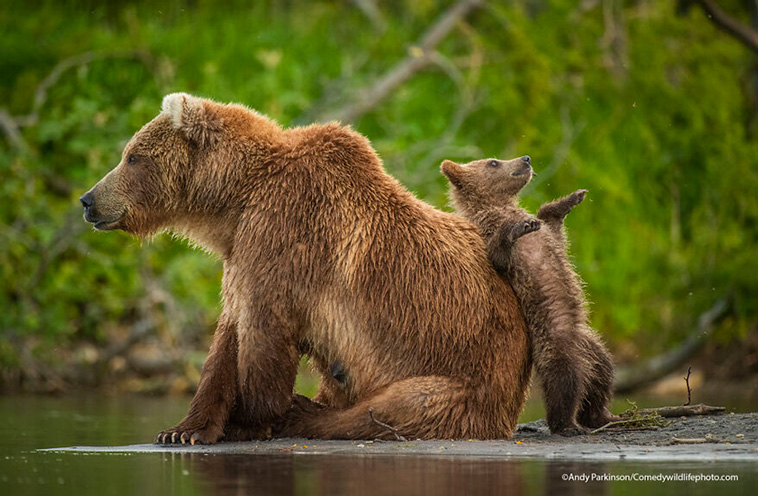 “A young cub decides to use his patient mother as a leaning post, the birds in the trees requiring closer inspection” 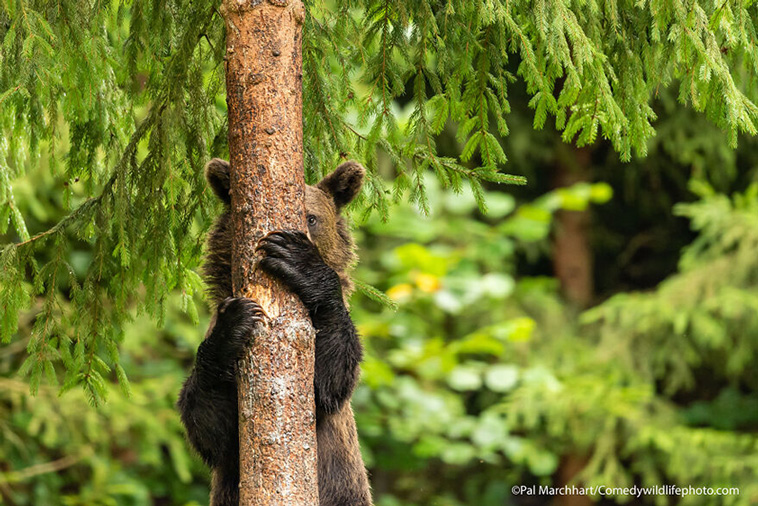 “I was photographing a group of goslings for a while when one broke away from the pack. It hid behind the leg of a bench for a few seconds before poking its little head out to say hello.” 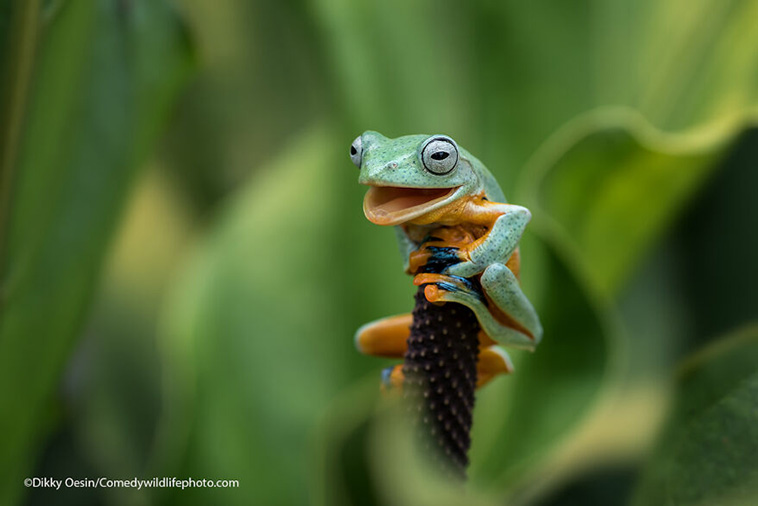 “A frog climbed a flower from a plant, and when he made it to the end he laughed celebrating his success” 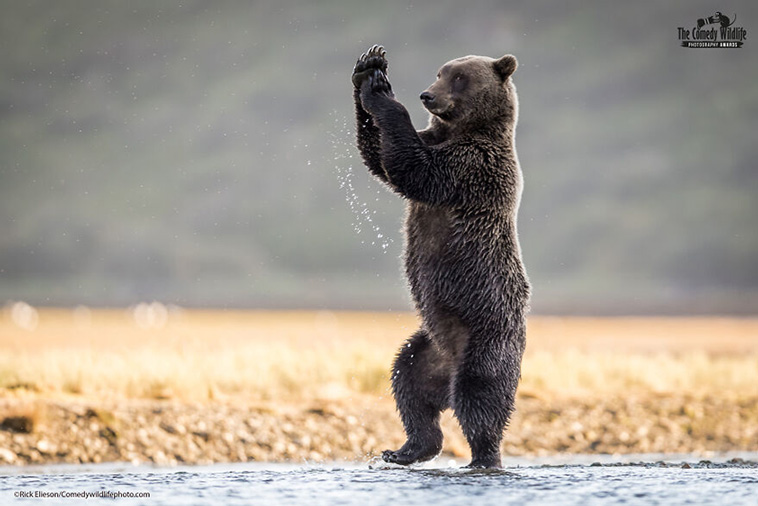 “Ever seen a grizzly bear square dance? Just need a jug, some spoons and a banjo. Gets ‘em every time”

37. Sweet Lips Are For Kissing! 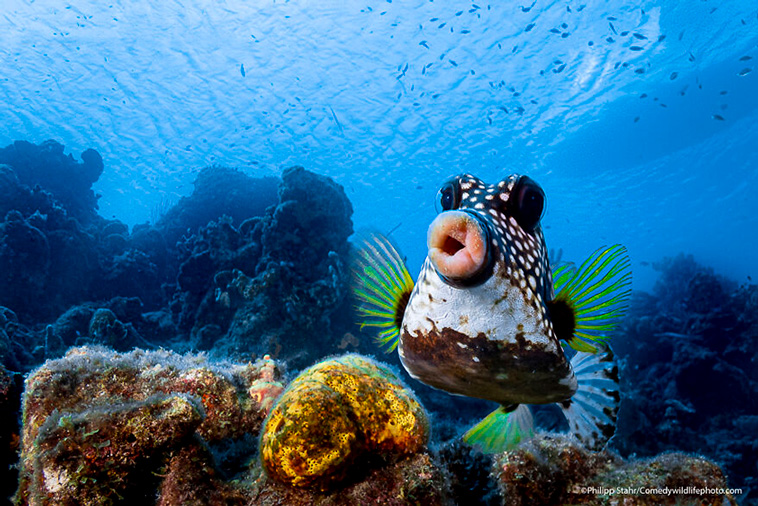 “This picture was taken at CuraÃ§ao, Dutch Caribbean. Usually box fishes are difficult to take pictures of, since they do not have a problem of a diver coming close, but if you show interest, they always turn the back and not the face to you. That’s why I tried to swim 0.5m above the fish and showing no interest at all to him. The same time I had my camera not in front of me, but below at my chest pointing to the bottom. When the right moment had come, I turned the camera 90 degrees to the front and just point and shoot, hoping to have the fish in focus. Never expected to have its beautiful lips that close!” 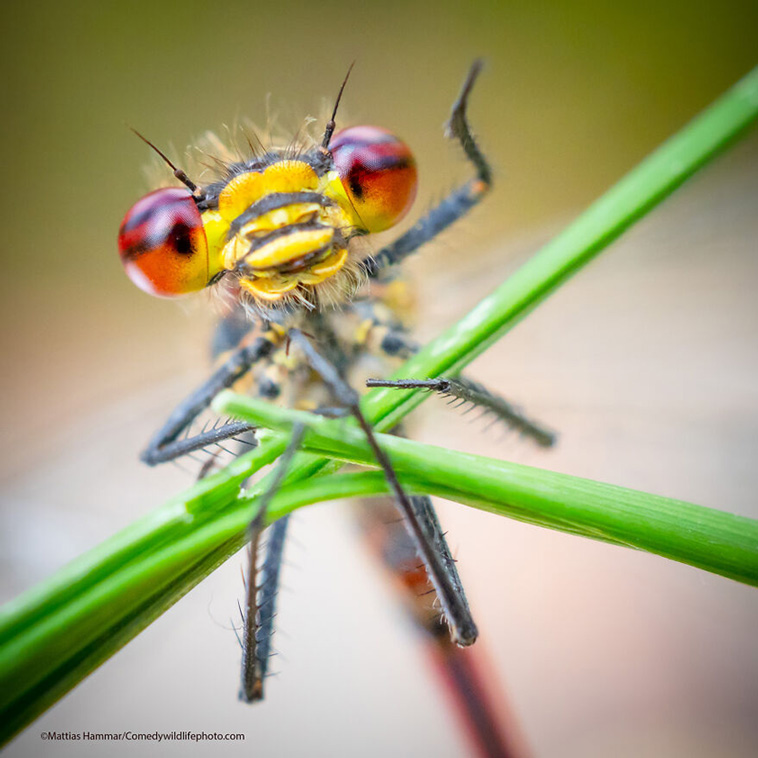 “A red damselfly welcomes us into the world of macro nature. It was so amazing to see it climb up the straw, and pause at the intersection to say hi! :)” 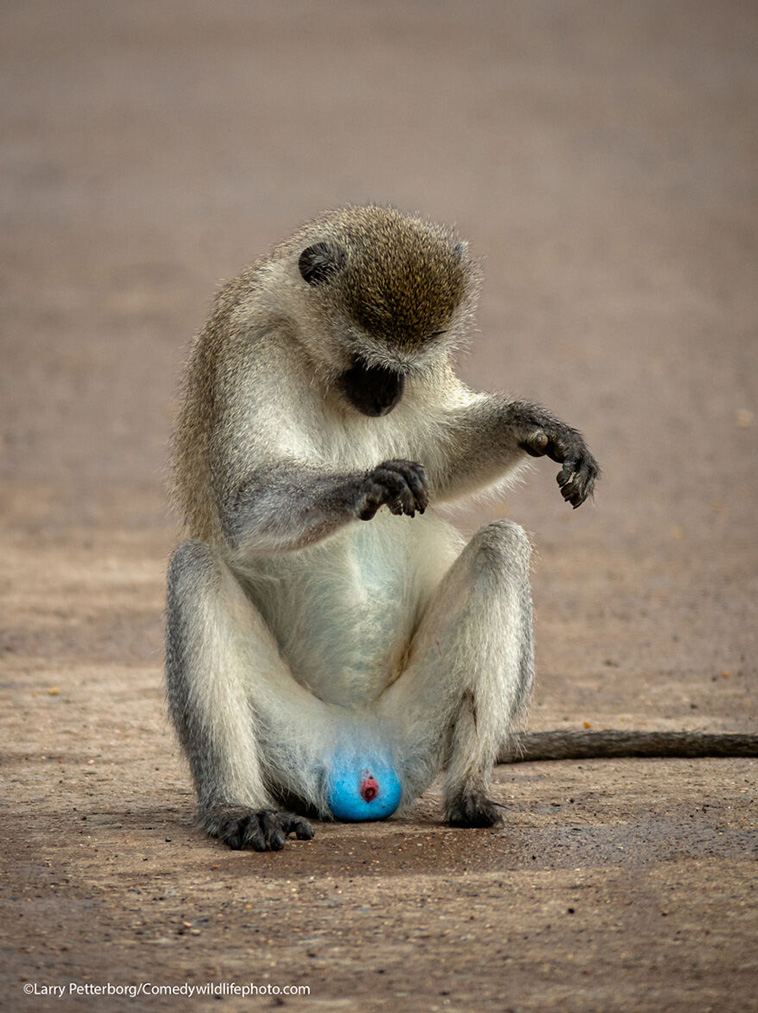 “A male Vervet Monkey was hanging around a bridge over the Luangwa River in South Luangwa National Park looking for some action (handouts from passersby).” 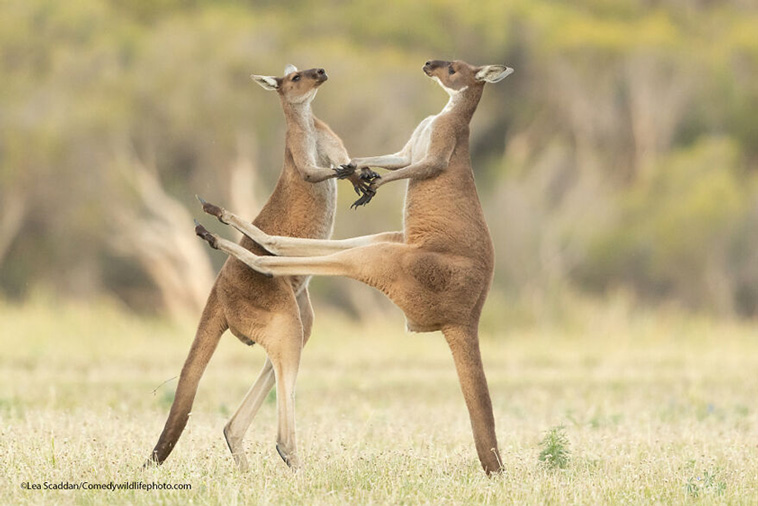