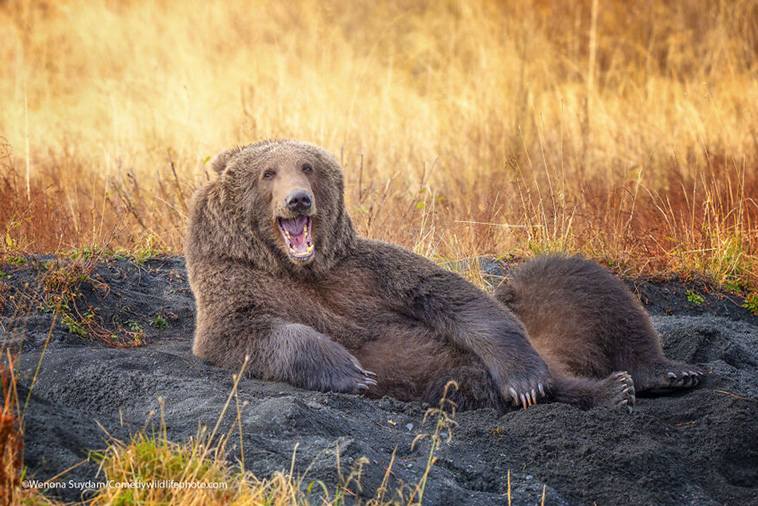 “This young Kodiak Brown Bear sauntered down the riverbed and stopped across from me. She proceeded to start making herself a bear bed pulling back the sand with her gigantic claws. Once she had her bed just how she wanted it she laid down, rolled over on her back and started smiling and me! And she didn’t stop smiling! I would have to say she was the most provacative bear I had ever seen!” 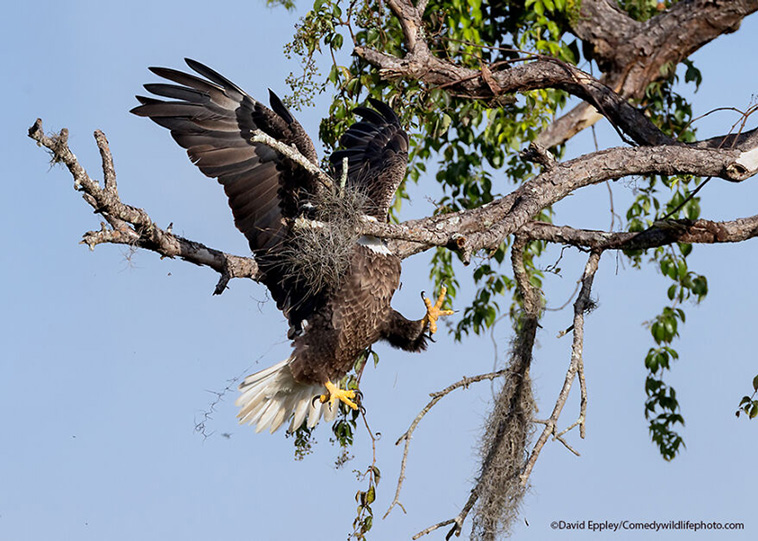 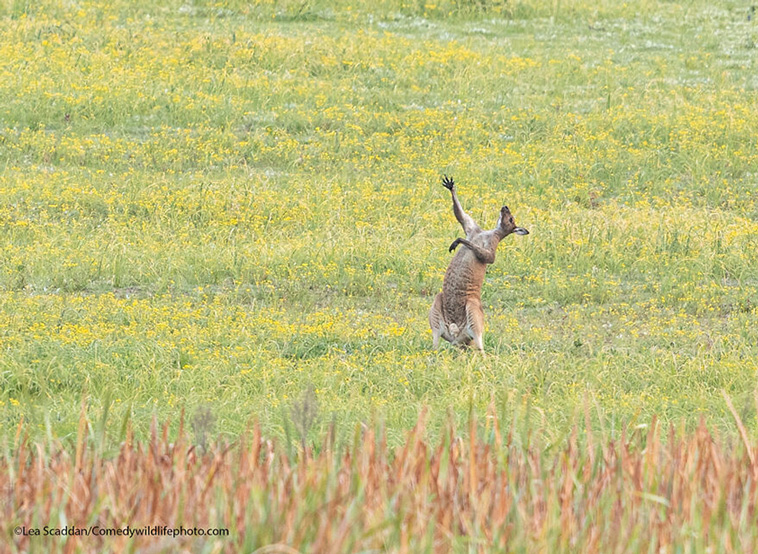 “The kangaroo looked like he was singing ‘the hills are alive, with the sound of music’ in the field.”

14. Dancing Away To Glory 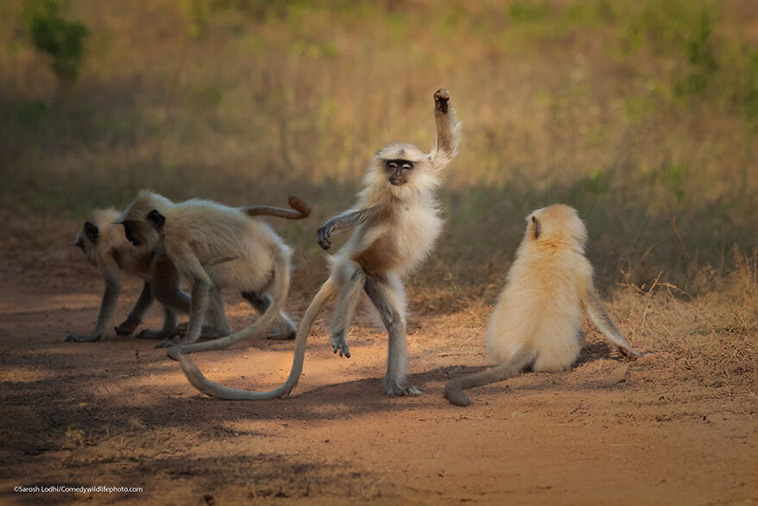 “A young langur sways its body to give an impression that its dancing.” 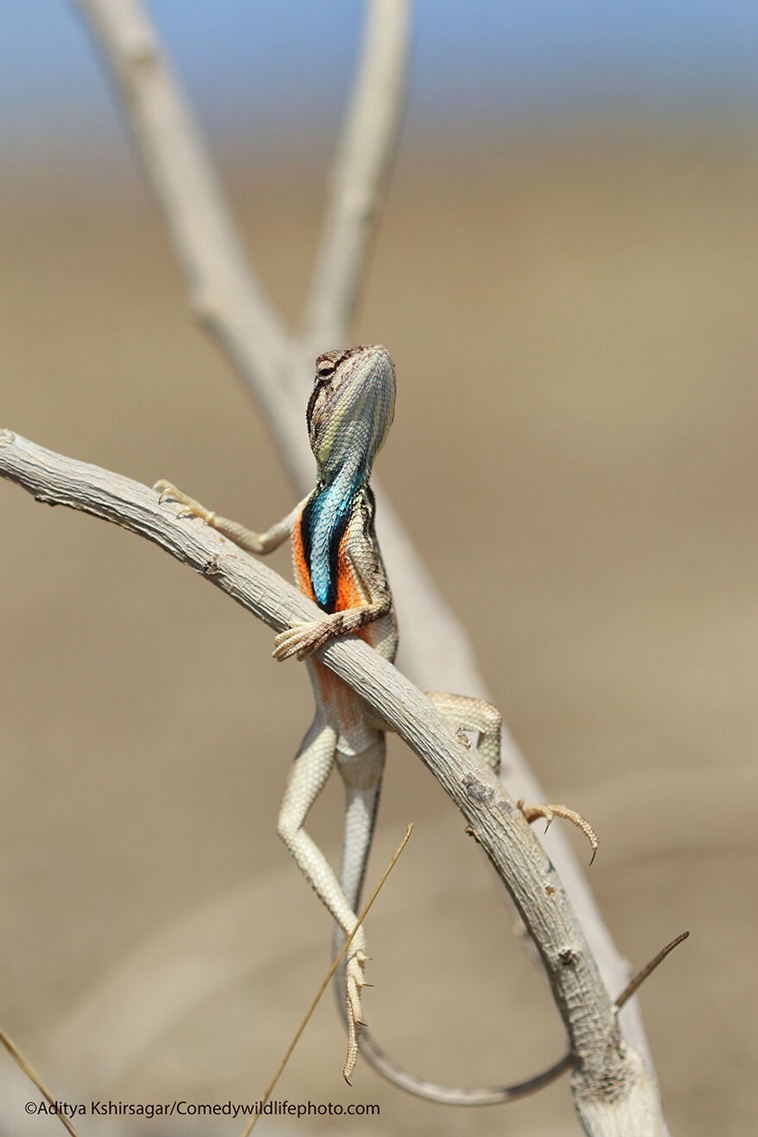 “Males of these species of lizard chooses higher elevations to monitor their territory and display. Caught this perticular male roosting on the twing of bush during high heat summer.”

16. Before And After Coffee 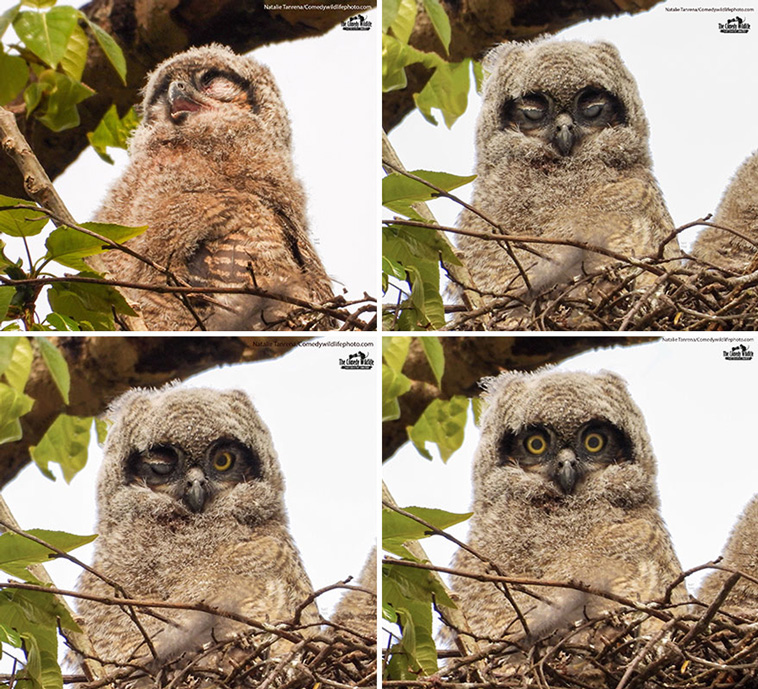 “Baby Great Horned Owl shows human-like reaction as one wakes up before coffee and after having a cup. I was avidly watching the two cute owlets in the nest, hoping it would wake up and move. It took a pretty long time, as both babies were too sleepy and were nuzzling each other, sleeping with mouths open. When one finally started to stir, this is what I saw. It is too precious, half opening both eyes, opening one and finally both eyes looking like it was startled.” 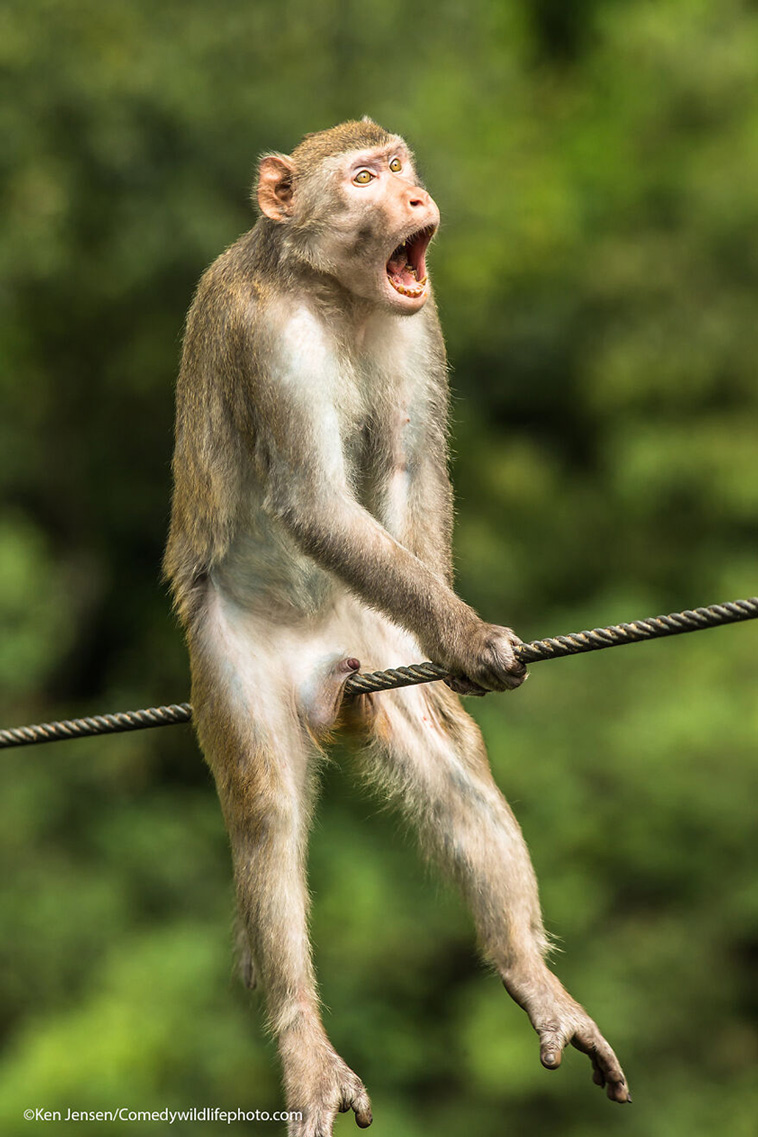 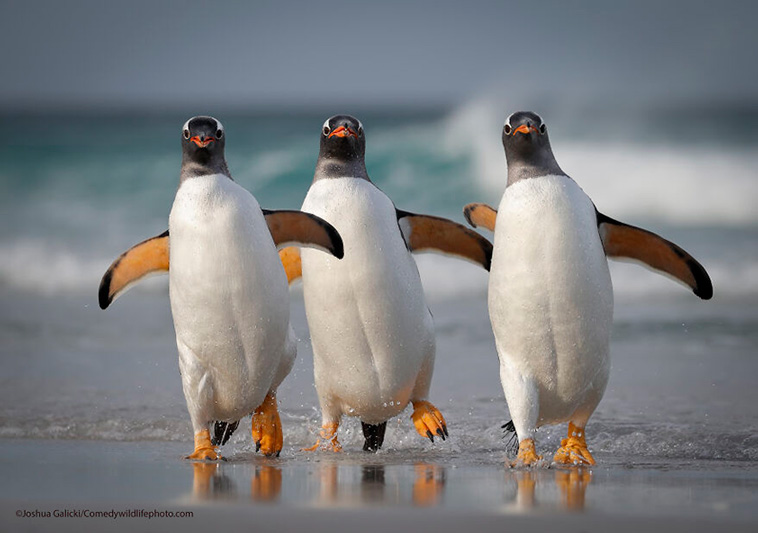 “I was lying on the beach during a stretch of fair weather at Volunteer Point in East Falkland, just waiting to capture a Gentoo Penguin jumping out of the surf to land on the beach. To my delight, a trio emerged from the water and walked straight in my direction. I really enjoyed photographing this moment as it seems to capture some sassy personality displayed by these individuals”

19. The Butt Dunk / The Face Plant / The Shake Off / The Final Scratch 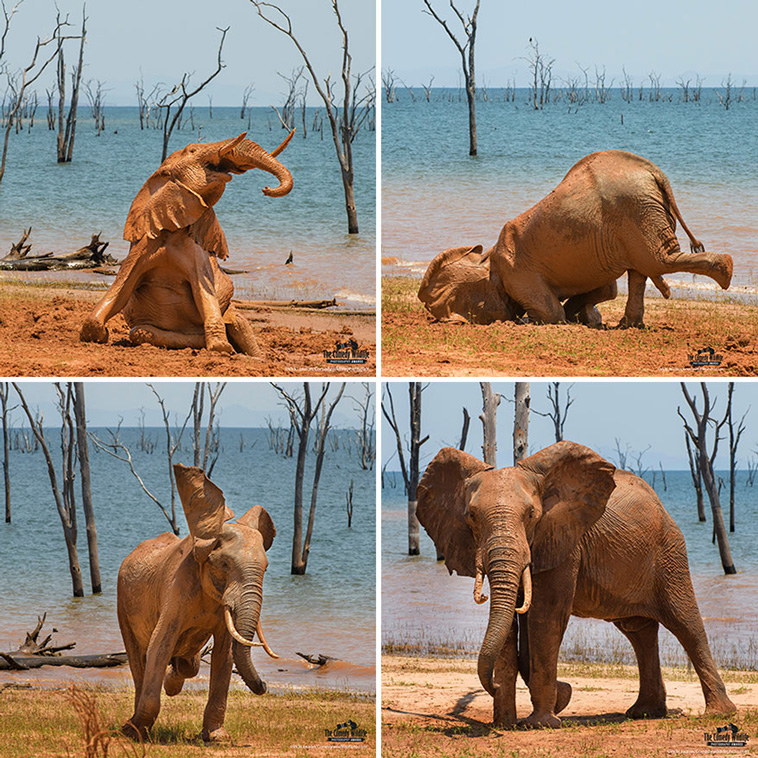 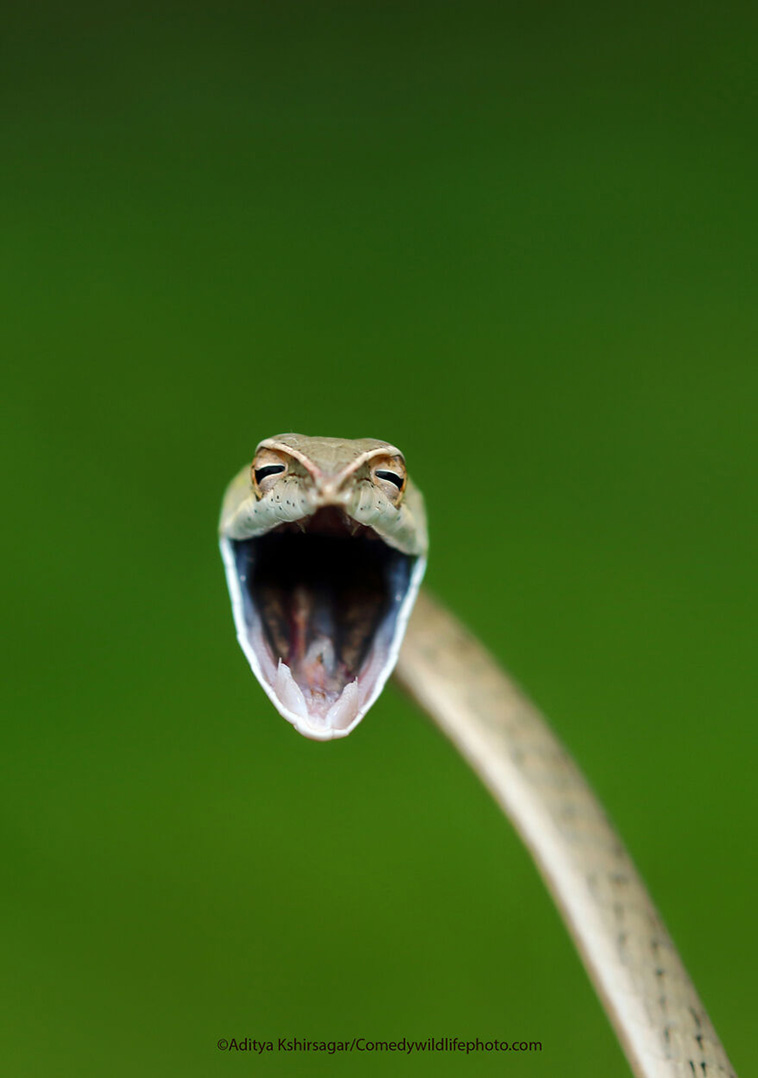 “Vine snakes are very commonly seen snakes in western ghats of India. When approached they show aggression by opening their mouth wide open. Nothing to scare of this beautiful harmless Vine snake.I was happy to find it and smiling and It looks like he was smiling back at me.”