The Inter 175A Berline is a microcar, often referred to simply as the Inter Autoscooter, in the spirit of other pint-sized cars like the Messerschmidt KR-175. In post-WWII Europe, small, economical vehicles were popular due to their low cost to buy and run, and the fact they fit down the narrow streets of many large cities on the continent. 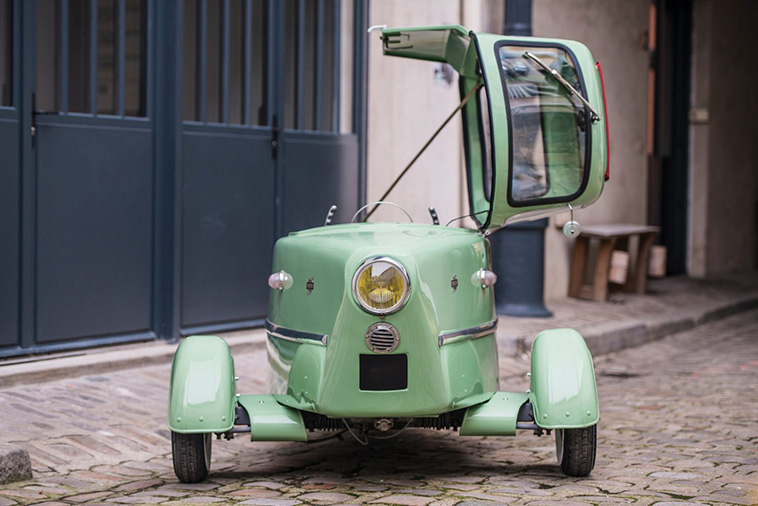 The Inter Autoscooter is a French three-wheeled microcar that first appeared at the 1953 Paris Salon. The three-wheel configuration offers slightly lower mechanical drag and on some early models, the front two wheels could be rotated forward for parking in tight spaces. The one here, a topless version called the “Torpedo”.
Each Inter 175A Berline was powered by the same engine – a single-cylinder two-stoke with a capacity of 175cc and 8bhp. The top speed is a claimed 80kph.
Approximately 38 vehicles survive in the hands of museums and collectors, of which only a few are still in running condition. 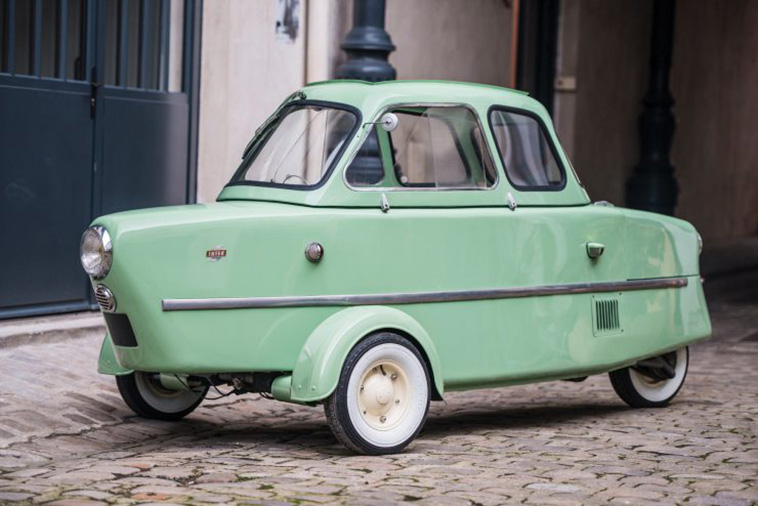 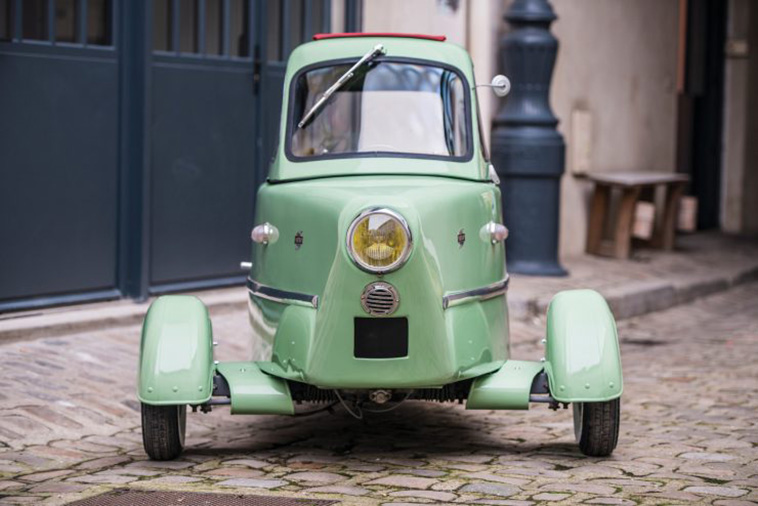 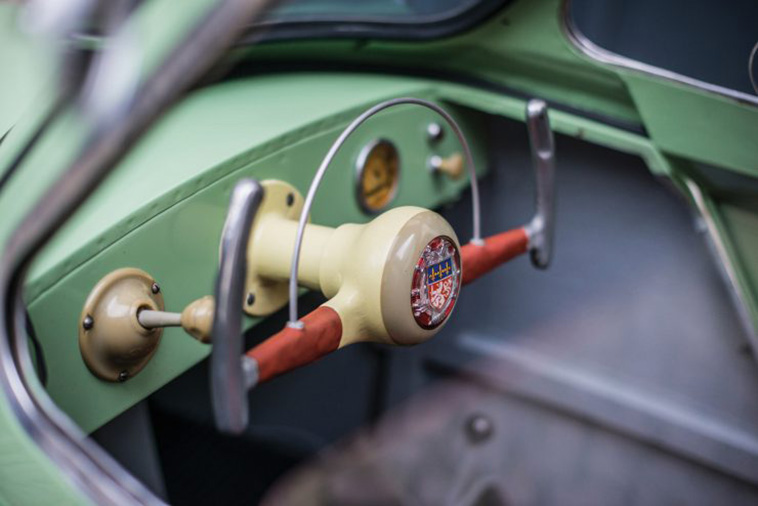 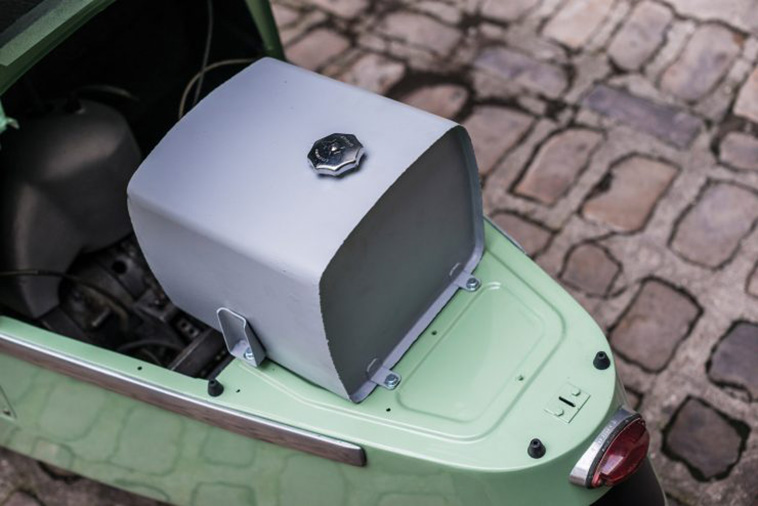 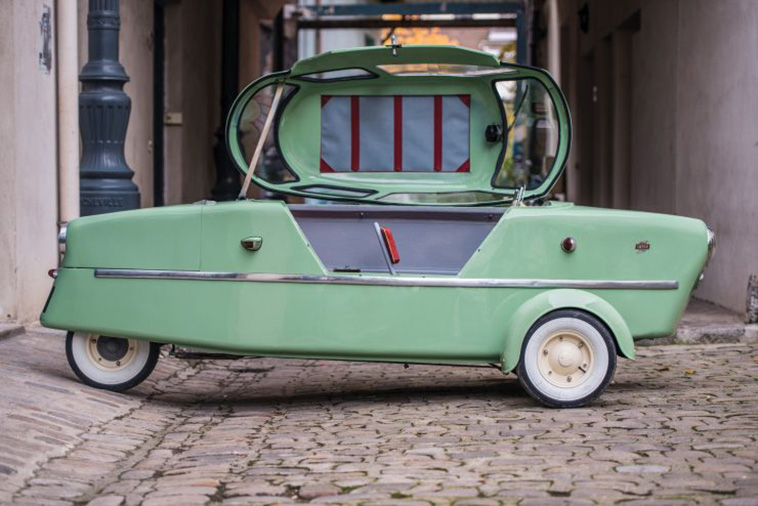 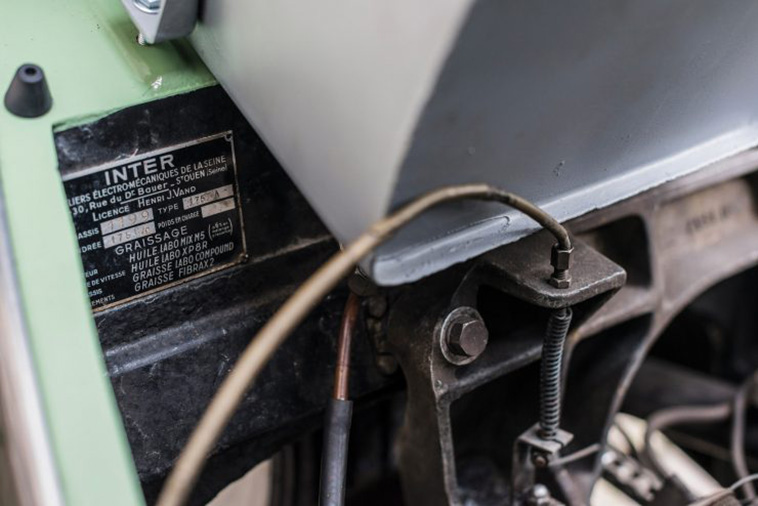 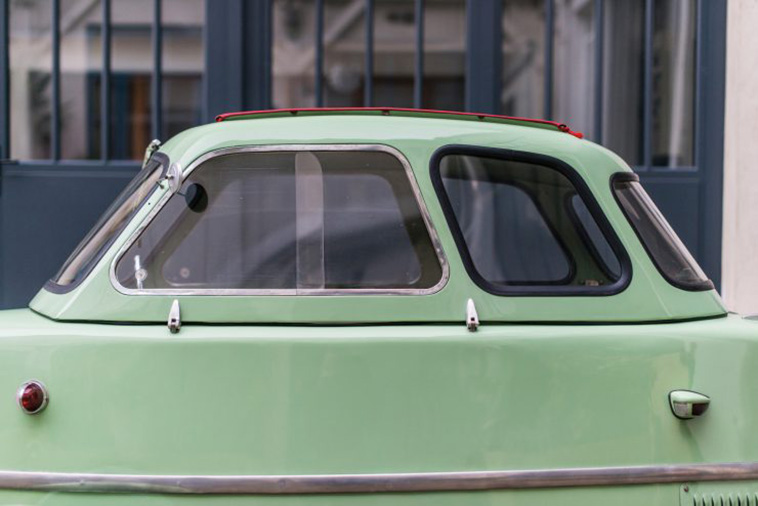 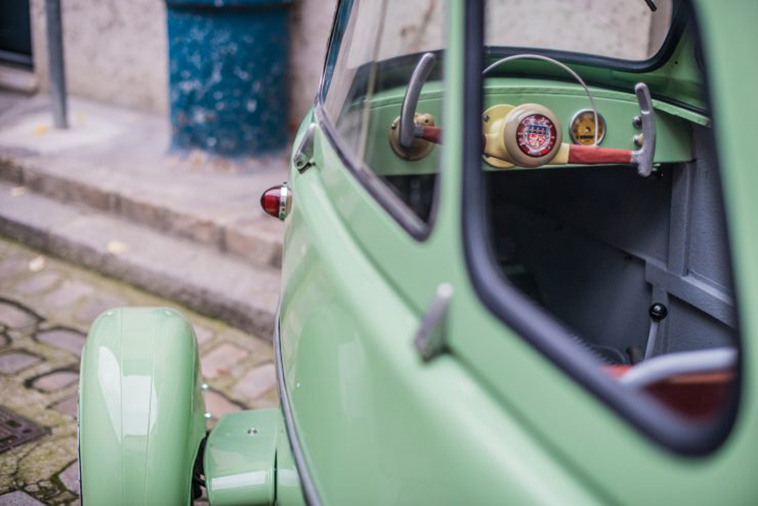 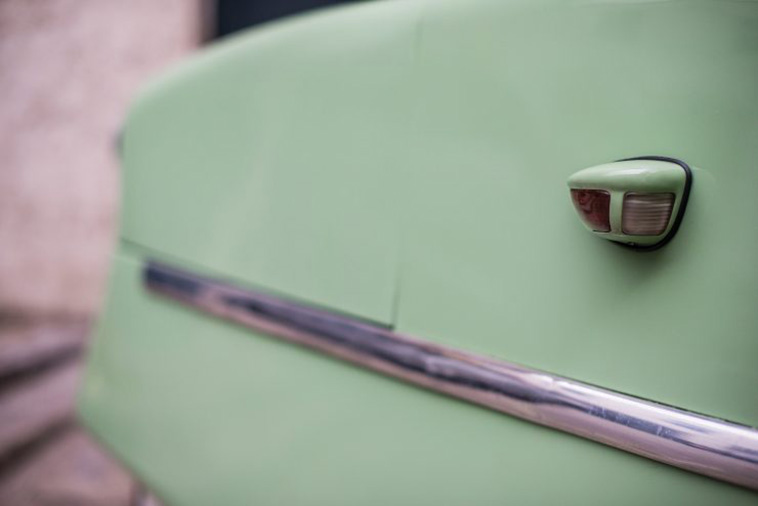 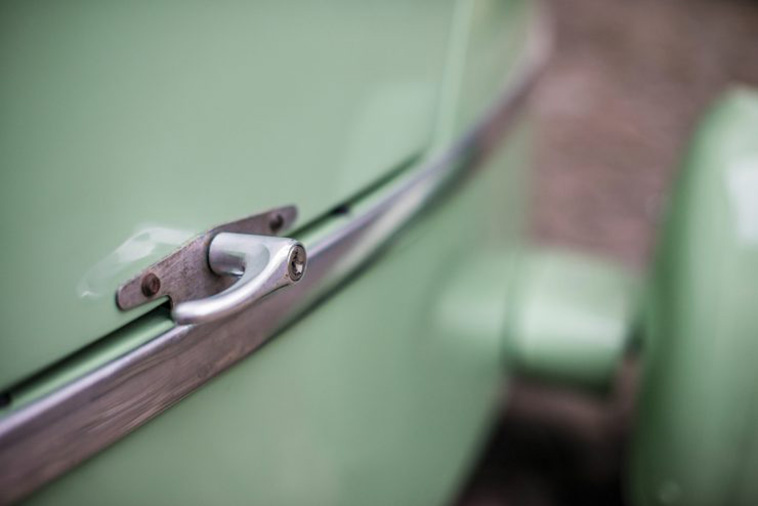