Cinque Terra, which is one of the most colourful cities of the world, is located in Liguira, a region of Italy. This beautiful city is situated on an uneven part of Italian Riviera coast. The city is known for its brilliantly decorated colourful terraces that are sited carefully on the cliffs. The sight of these beautiful terraces makes the tourists go awestruck as they reach the particular port. 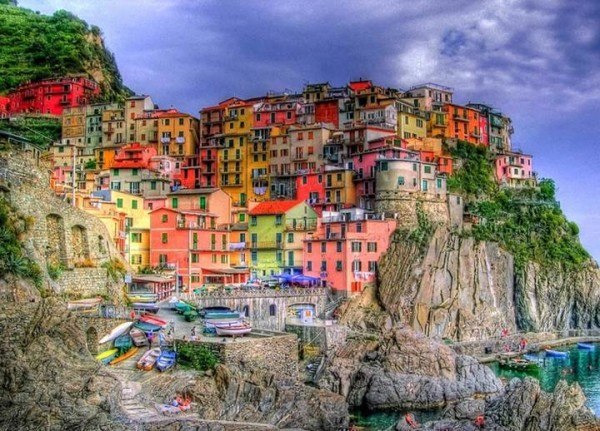 Willemstad, the capital of Northern Antilles, is situated on the Curacao coast. The city has a highly charged culture, but probably it is not the only thing which makes it so colourful. In the 1800s, when the Dutch had authority in that area, the then governor used to say that the reflection of the sun off the boring white washed walls gave him severe migraines. So, a verdict was given by the then governor that nothing in the city should be left all white. Since then, Willemstad has been declared as one of the most colourful cities. But we can’t say much on the issue that whether it helped with the governor’s migraines or not.

Wroclaw in Poland is one of those cities which no one at all would want to miss out when visited that region. It’s a pretty colourful city with few of them not painted vibrantly.

Balat, once known as a Jewish quarter, is one of those colourful places which contribute to the beauty of Istanbul. This place has been home to many a different people from varying backgrounds. Although some of the building are now all tumbled-down, the vibrant yellows and pinks give life to them making the place even livelier.

Juzcar from Spain was painted all blue in 2011. Sony Pictures asked the residents of the town to paint their homes blue. This was a part of a promotional bombardment for the movie, Smurfs. After the movie got released, the residents were requested to paint their homes back. Since the blue-ness was getting a lot of attention from tourists, the people of that area were relishing it, and hence decided that they won’t be changing the new colour scheme.