We’ve all been told as infants to not put anything in our mouths (or up any other places) because it doesn’t belong in there. These people not only did not take into consideration this rule, but they went a little overboard by putting truly random stuff in their bums and mouths, leaving it to cause trouble all over their bodies and require surgery to get it out.  Some examples include a swallowed instant coffee jar, over 70 pieces of cutlery, a shot glass, small metal balls that were mistaken for candy, and a beer bottle that was shove up the bottom part of your body chased by a metal hanger to try and pry it out that got stuck. It’s hard not to question the stupidity of people like this, but we can’t help but feel sorry for them. They were forced to admit the embarrassing act and then suffer in the embarrassment as the doctors worked around them to figure out a way to save their lives. Safe to say, they learned their lesson the hard way!

This woman’s stomach contained a grand total of 78 pieces of cutlery. 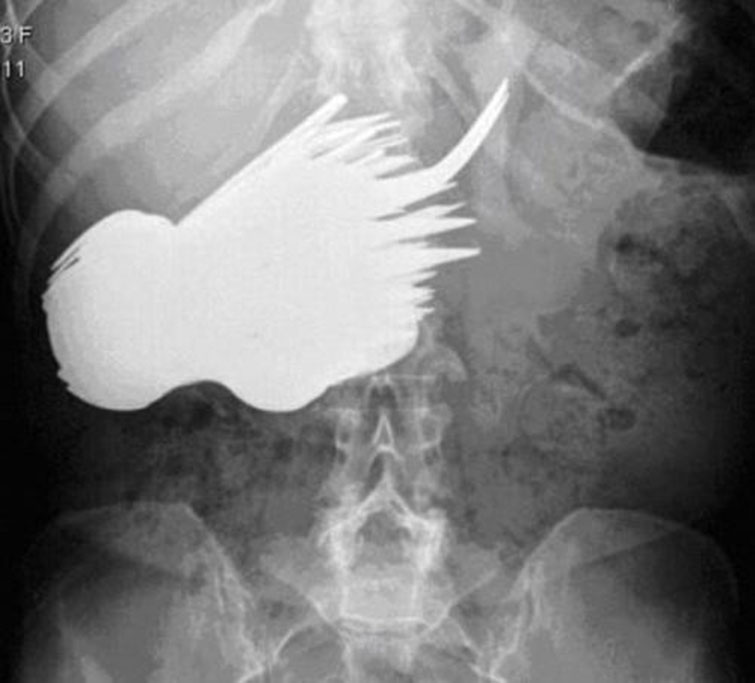 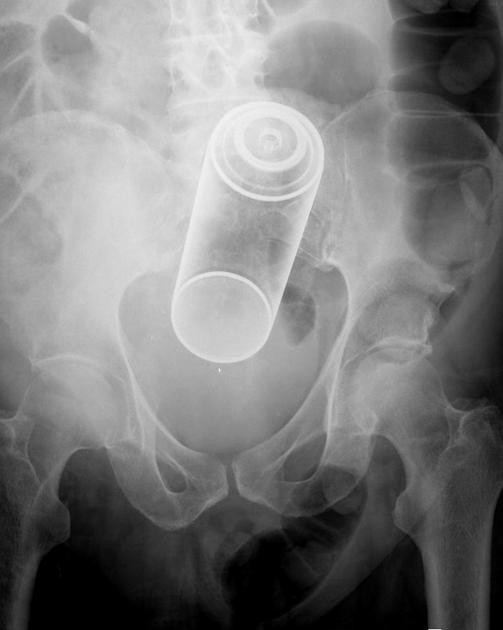 This guy swallowed a cockroach. Then he swallowed a fork while trying to get the cockroach out. What a rough day. 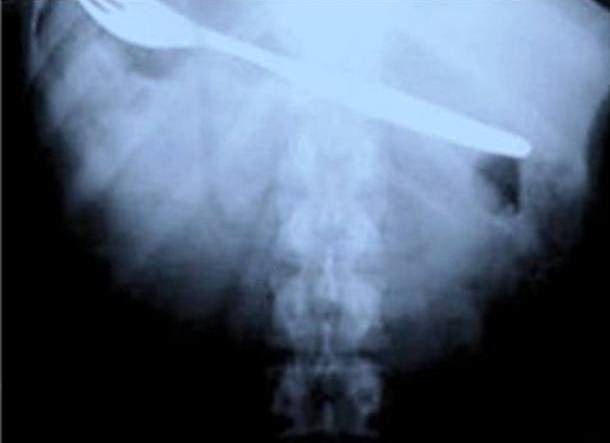 If you happen to have a pair of scissors in or around your mouth, please don’t swallow them.