People shared their experiences with wholesome strangers and here are 30 of the most affectionate ones. 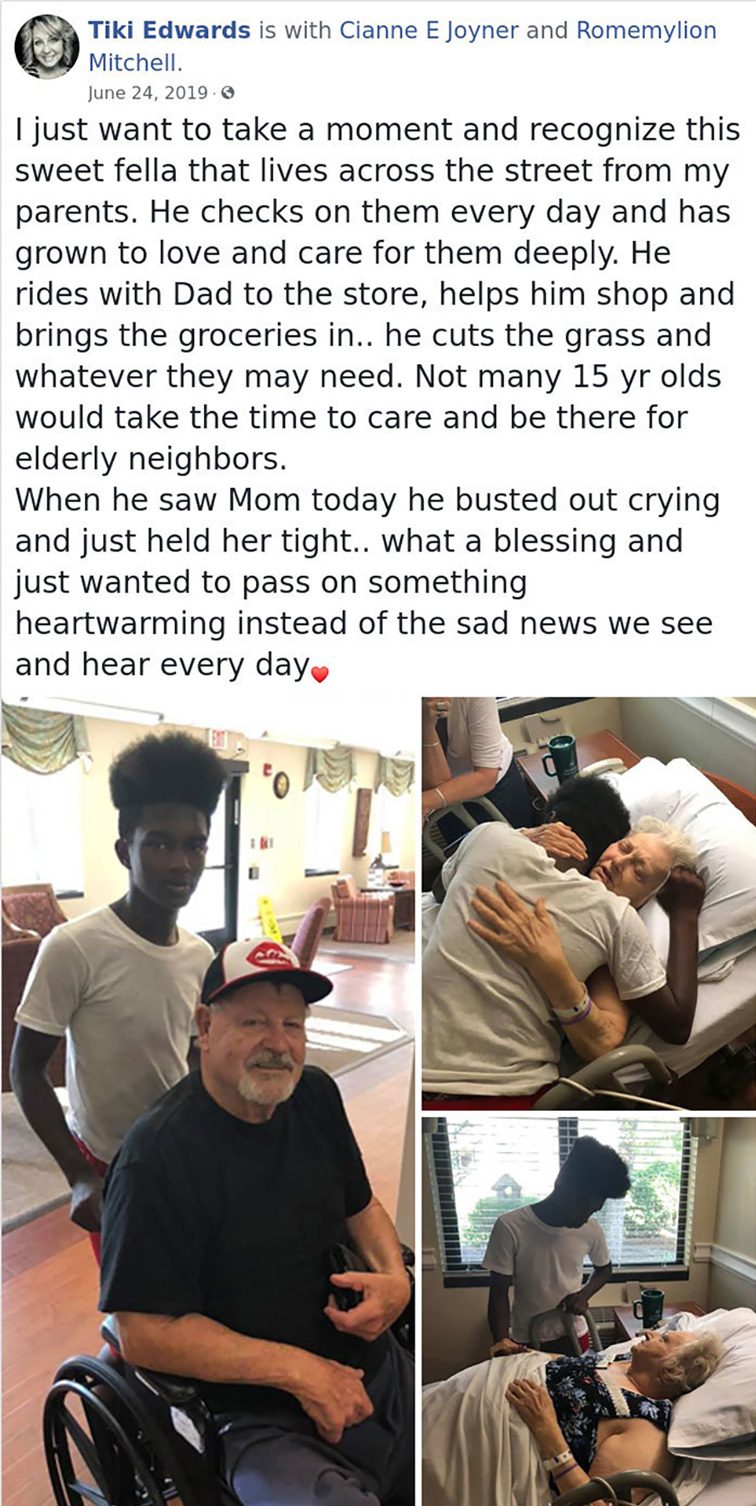 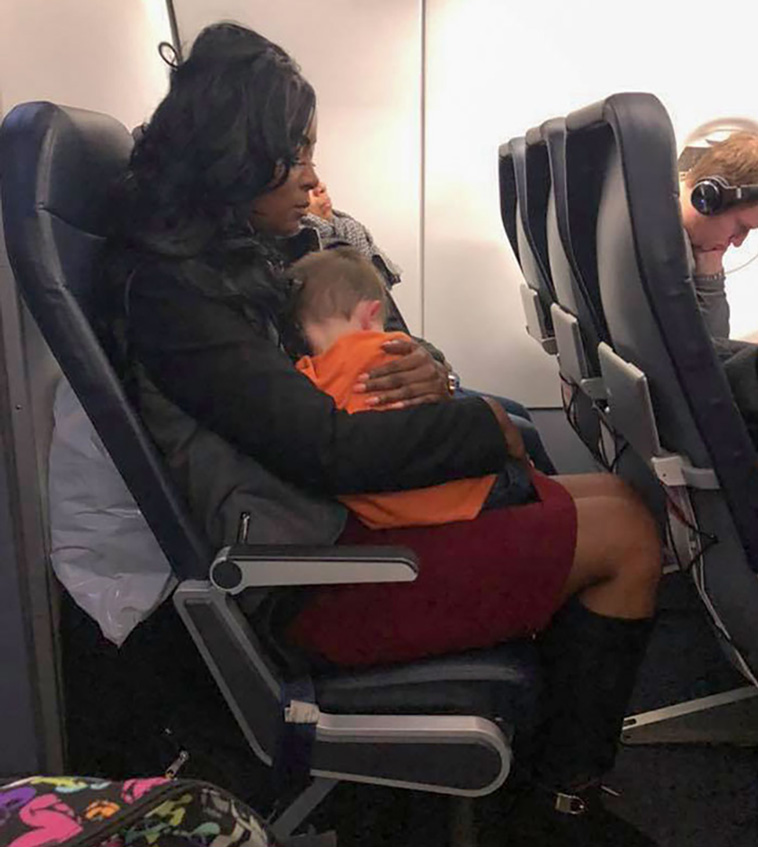 So I thought it was a good idea to fly by myself with a 2-year-old and a 5-year-old we were standing in line in security, on the verge of tears because Wyatt was screaming and James was exhausted. Out of the blue, one mom stops the line for security and says “here, jump in front of me! I know how it is!” Wyatt fell asleep and I was trying to carry everyone’s carry-on when another mom jumps out of her place in line and says “hand me everything, I’ve got it”. When I said thank you to both of them they said “don’t you worry, we’re going to make sure you get on that flight.” The second woman takes everything and helps me get it through security and, on top of all that, she grabs all of it and walks us to the gate to make sure we get on the flight. To top it all off, Wyatt starts to scream at take off before he finally falls back to sleep. After about 45 min, this angel comes to the back and says “you look like you need a break” and holds Wyatt for the rest of the flight AND walks him all the way to the baggage claim, hands him to blake, hugs me and says “Merry Christmas!” 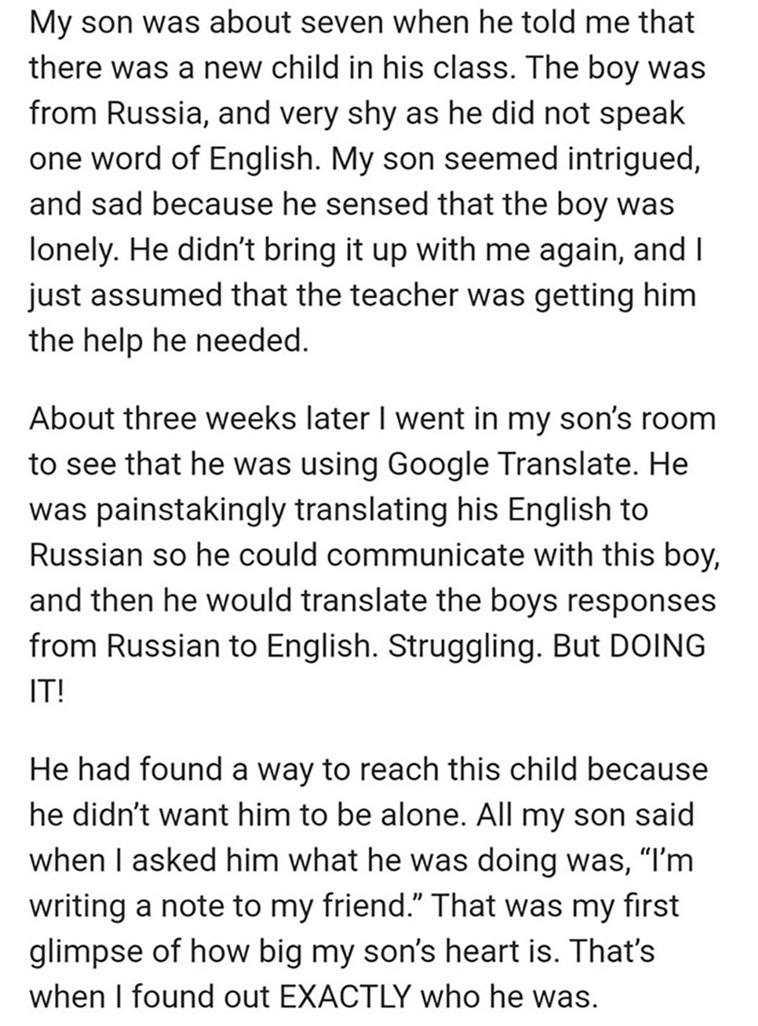 4. There’s No Limit To The Ways You Can Make Connections In Life 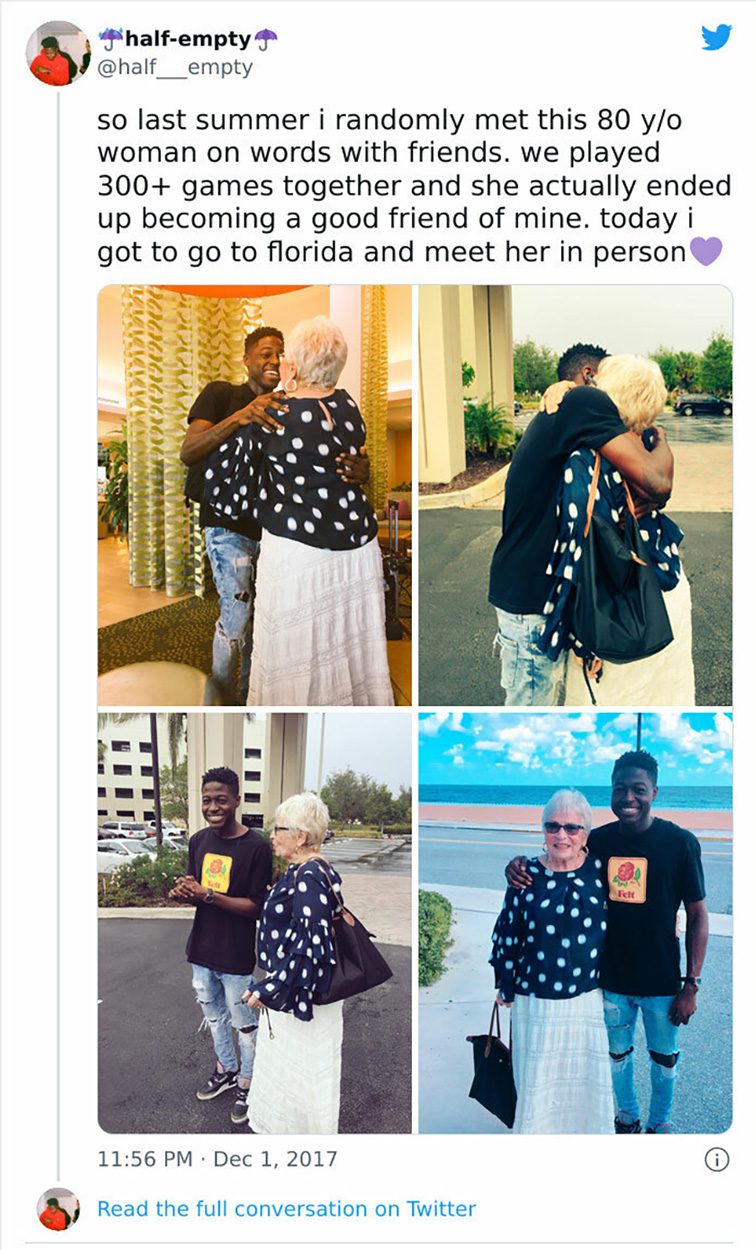 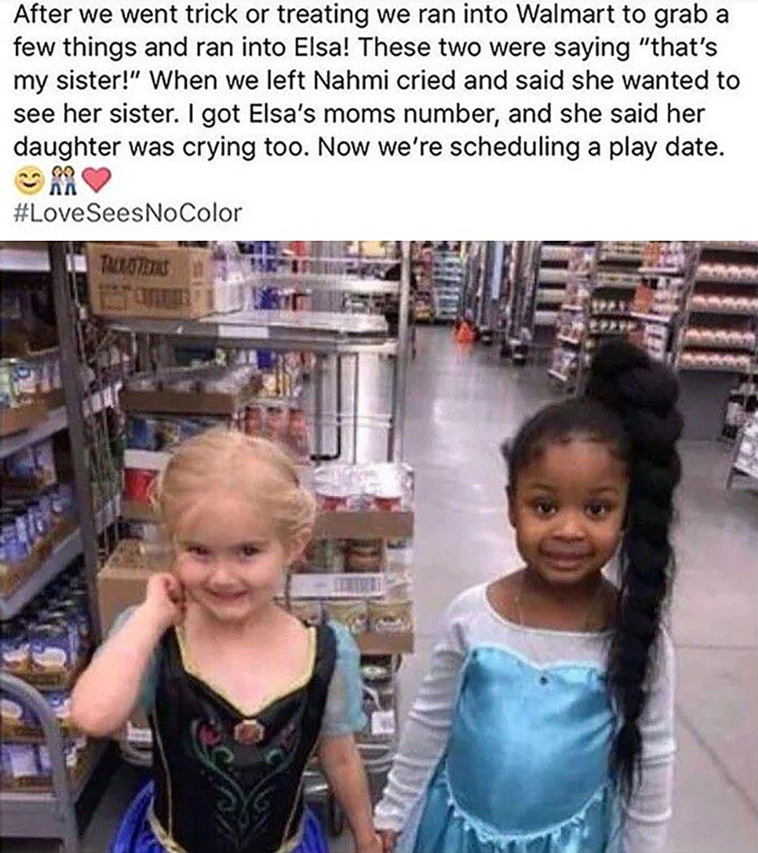 6. Older Gentleman Teaches Young Guy How To Tie His Tie 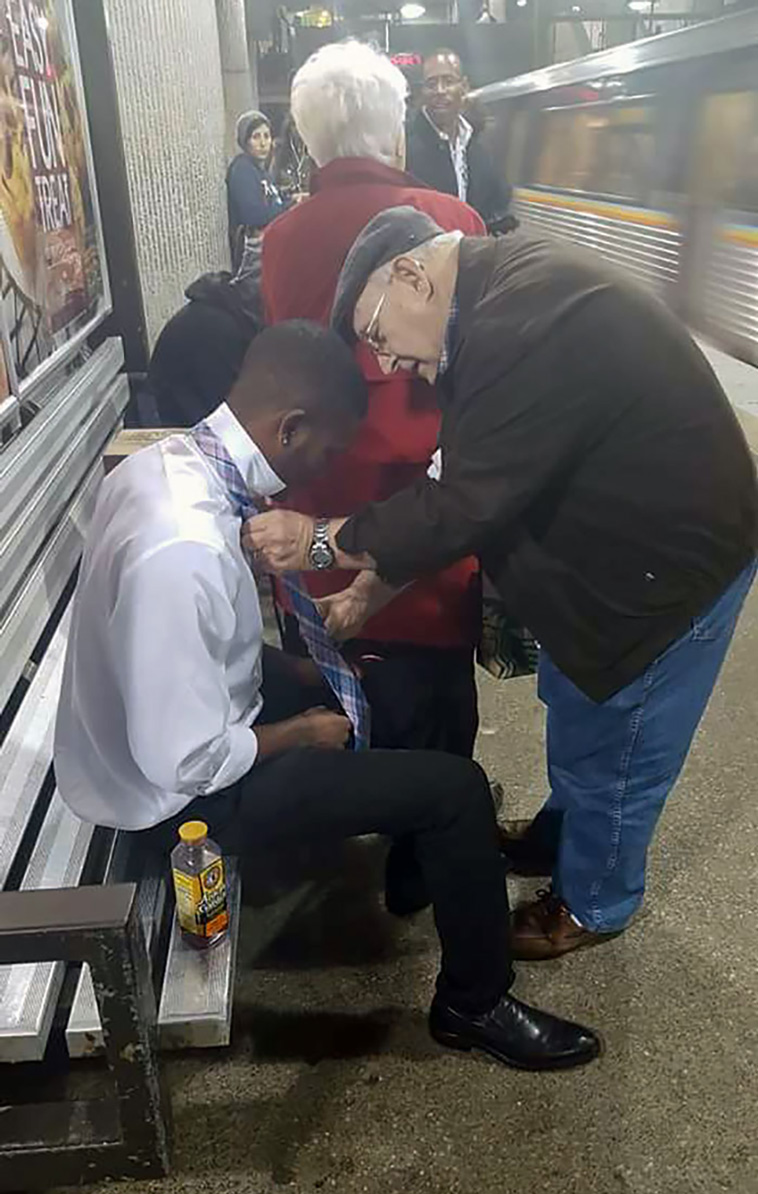 The young guy sitting down was struggling with his tie. The woman in the red coat noticed, and asked “Do you know how to tie it properly?” The young guy said “No ma’am.” She taps her husband and says “Come to this side (her right side; he was standing on her left side) and teach this young man how to tie his tie.” The older gentleman moved without hesitation (almost a reflex response) and gave him a step-by-step tutorial; then – afterward – the elder gentleman watched the young gentleman repeat the steps and show him that he had it.

7. Toddler Bonding With A Stranger At A US Airport 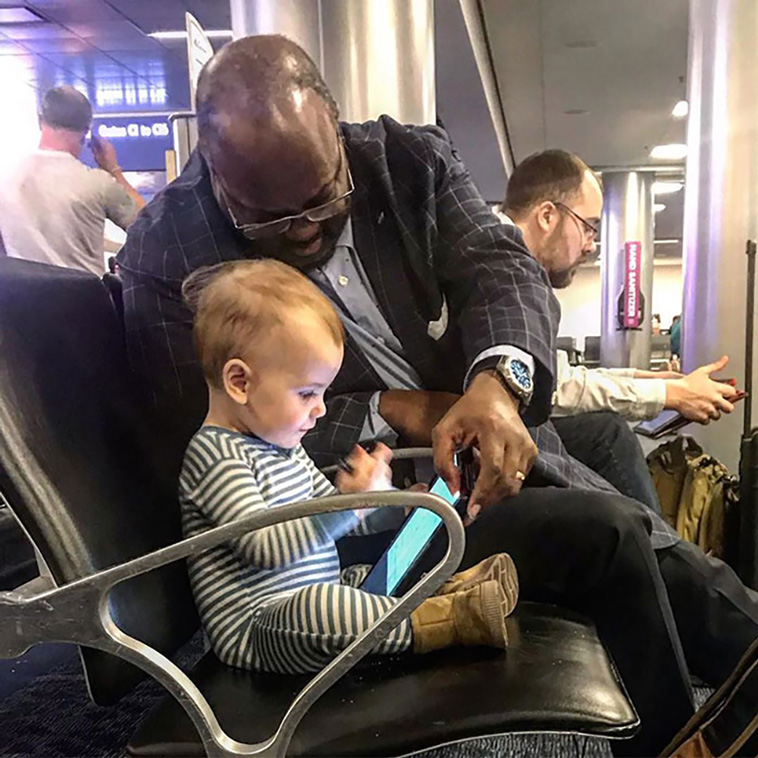 Last night, while waiting to board our plane, my daughter was being her usual inquisitive self wanting to meet and say “hi” to everyone she could, until she walked up on this man. He reached out and asked if she wanted to sit with him. He pulled out his tablet and showed her how to draw with it, they watched cartoons together, and she offered him snacks. This wasn’t a short little exchange, this was 45 minutes. Watching them in that moment, I couldn’t help but think, different genders, different races, different generations, and the best of friends. This is the world I want for her. 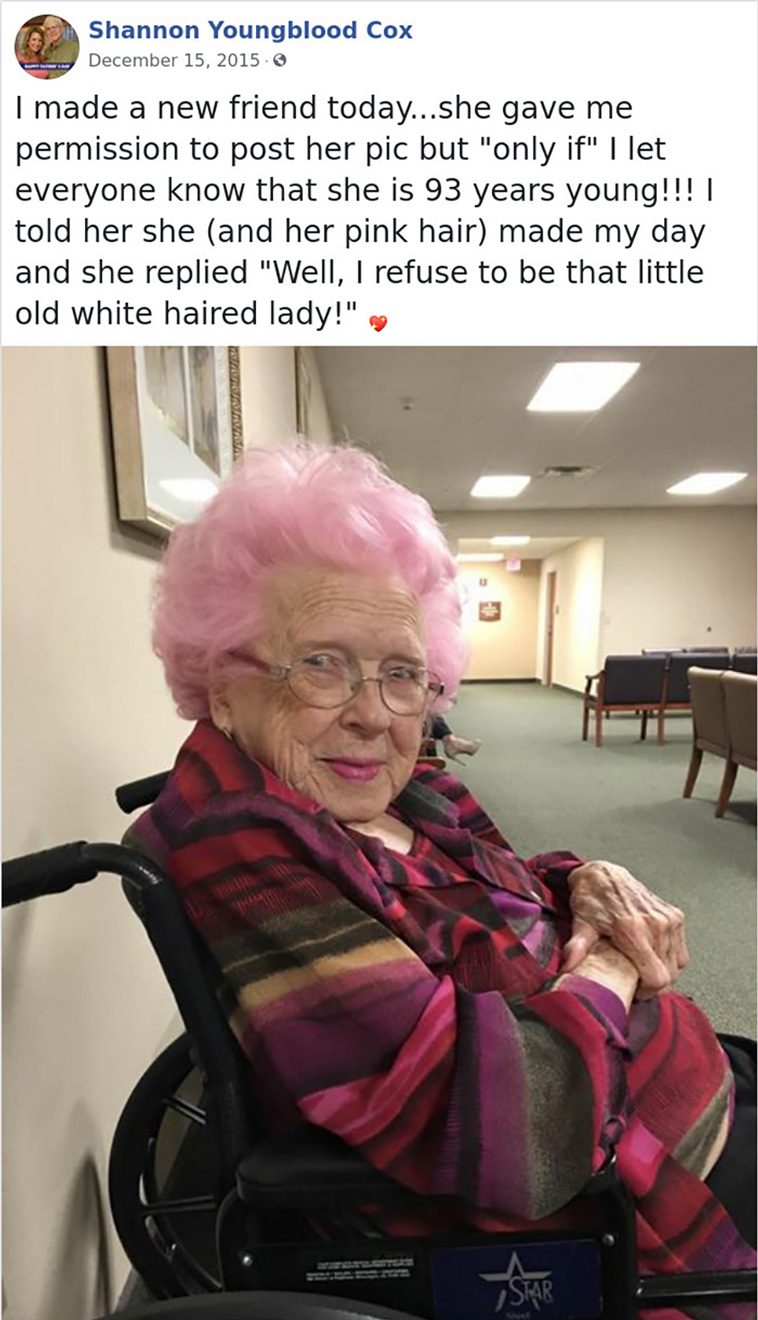 9. Flying Home For The Holidays Dressed To Surprise The Family. Before The Flight, I Met This Stranger At The Airport. Instant Best Friends 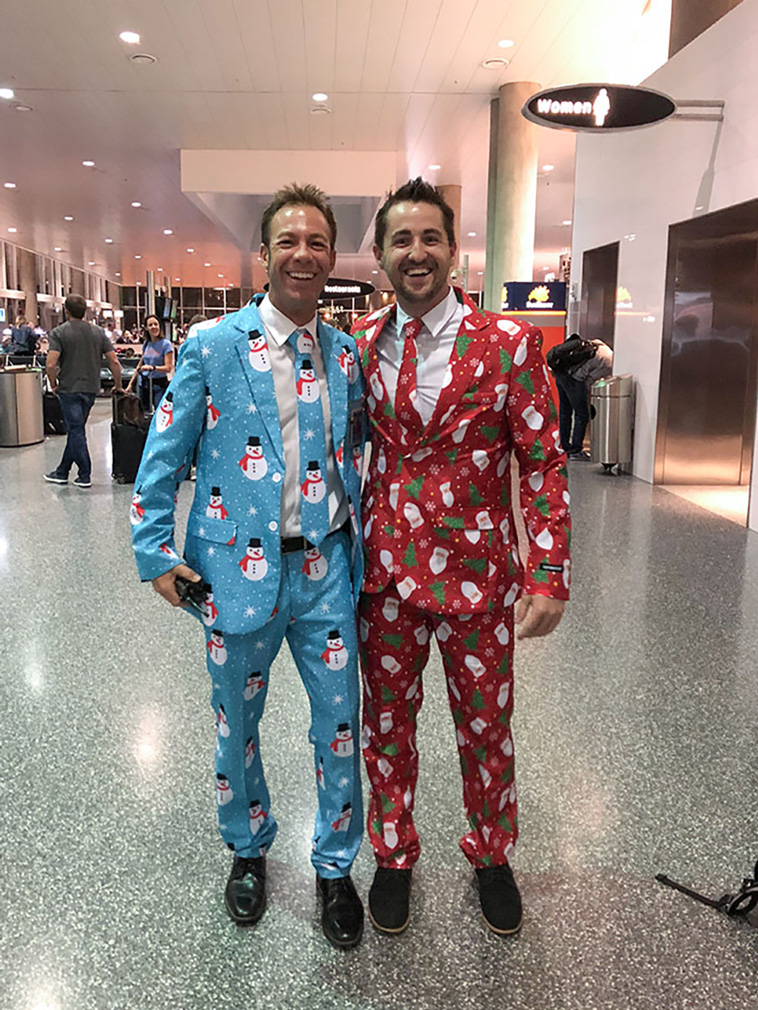 10. An Older Gentleman Came In By Himself To Eat At A Restaurant In PA. He Was Telling Some Stories To His Server, Who Went On Break And Joined Him During His Meal 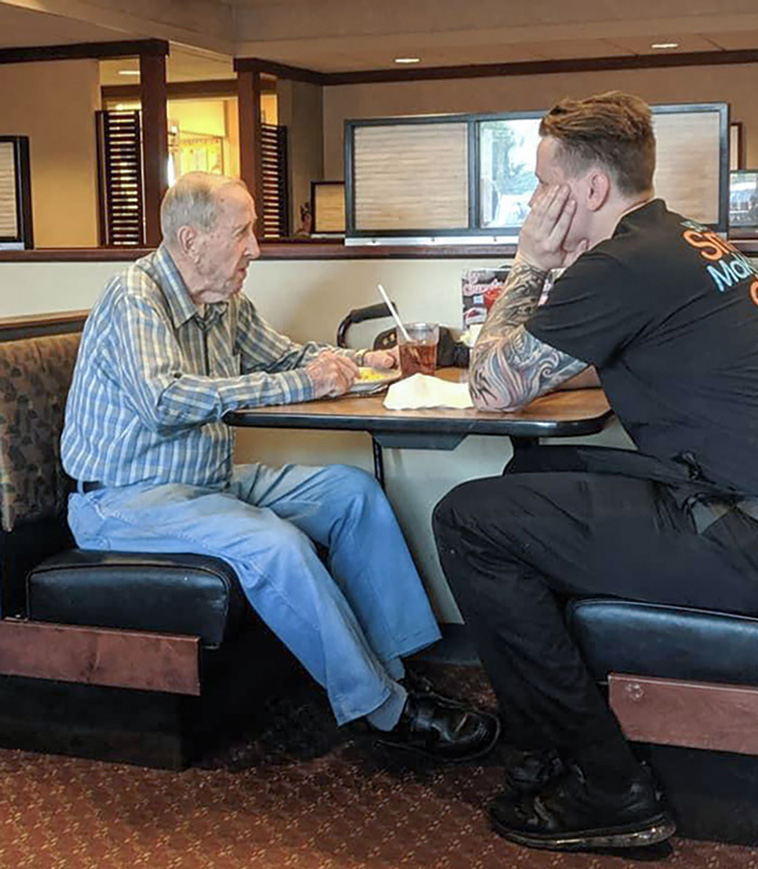