Photographers submitted their best imagery capturing the beauty of weather into the Royal Meteorological Society‘s Weather Photographer of the Year competition. Here are the winning photos that celebrate what nature creates.

“Global warming is the primary cause of the current sea-level rise. As a result, hundreds of millions of people living in coastal areas will become increasingly vulnerable to flooding. Higher sea levels would force them to abandon their homes and relocate. To combat this change in global temperature rise, we can reduce emissions and ensure communities have the resources they need to withstand the effects of climate change. Today’s choices will determine how high sea levels rise, how fast it occurs, and how much time we have to protect our communities. I made this image in 2018, during a strong blizzard as El Nino’s periodic warming of water often disrupts normal weather patterns. My main concern and inspiration are that my images hopefully do a small part in combating climate change.” 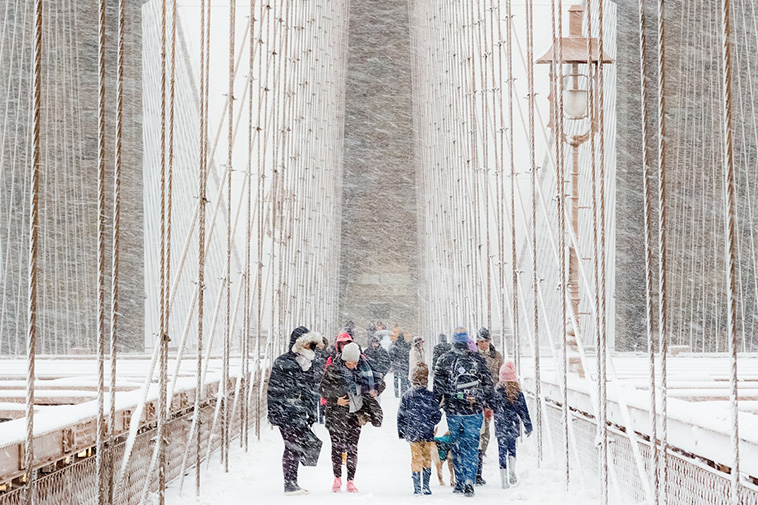 “I took this photo during an expedition on the ice of Lake Baikal. On the first day we arrived at Cape Kotelnikovsky, where I was attracted by ice hummocks and a snow cover. It was noon, not really my photo time. But the light that the sun gave, refracting in blocks of ice, caught my attention and made me take this picture.” 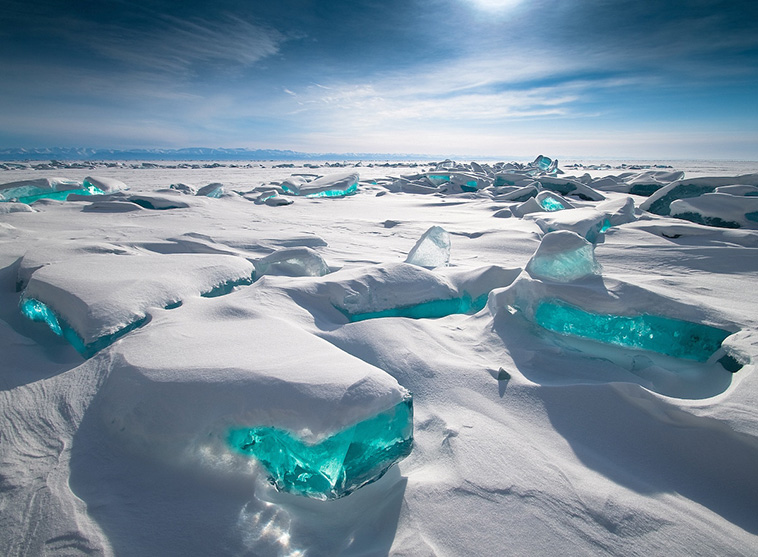 “Lost in the fairy scene. Long Coc tea hill has mysterious and strange features when the sun is not yet up. Hidden in the morning mist, the green color of tea leaves still stands out. Early in the morning, holding a cup of tea, taking a breath of fresh air, Watching the gentle green stretches of green tea hills. It is true that nothing is equal!.
For those who love nature, like to watch the sunrise, when standing on the top of the hill, you will the most clearly feel the transition between night and day. A large green land suddenly caught in sight. When the sun is up, everything is tinged with sunlight, on the tea buds there is still glittering morning dew, a pure beauty that makes you just want to embrace everything.” 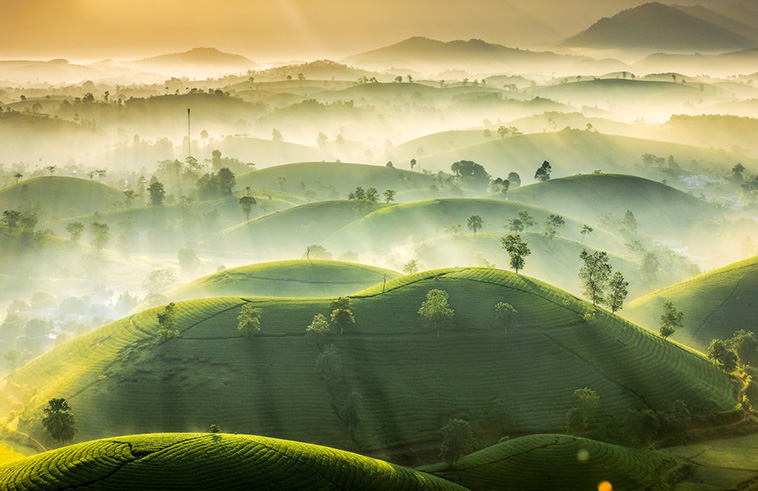 “I tried many times to catch a good lightning strike behind this rock called Sa Foradada, but every time I tried, the conditions were not so good. I didn’t have the moon on the sky to illuminate the scene, or the lightning was too far away. This night I knew that a big storm was approaching Mallorca and all the conditions were perfect. I don’t remember if the moon was full, but I remember that it was very big. This was perfect, because the moon was going to illuminate all the land and the sea and gives more color to the scene. I chose my composition, and I shot many pictures until the storm fell on me. This is one of the pictures I took that night in Sa Foradada. To see the storm and the lightning that night was something amazing.” 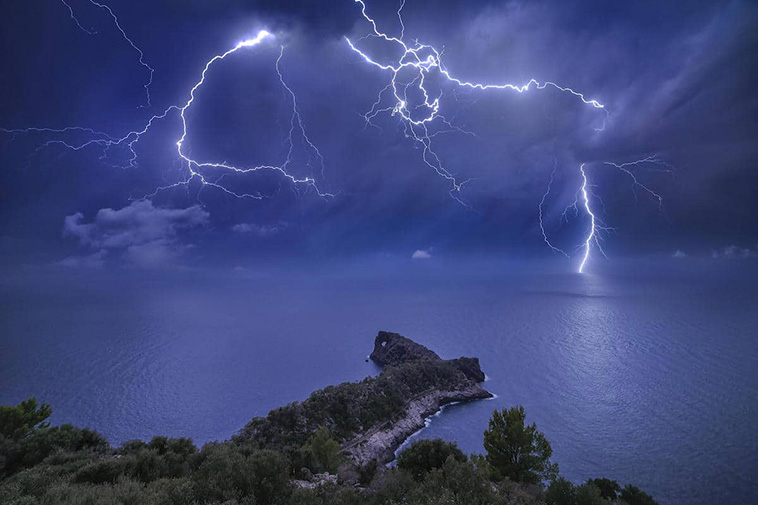 “Surf’s Up” by Emma Rose Karsten. Runner-up, Young Weather Photographer of the Year

“This photo was taken from the parking lot of my high school—Lafayette High School in Wildwood, Missouri (a suburb of St. Louis).
I was meeting my friend to hang out in my school parking lot (COVID kept us in so we met to talk from our cars) and this huge, awesome cloud rolled in. My eyes played tricks on me because I initially thought this was a huge wall of water. Shortly after this cloud appeared it rained, but not a significant amount. It was awesome. Literally. I’m glad I was able to capture it.
What were the technical challenges?
To really get the perspective of how huge the cloud was in relation to my school.” 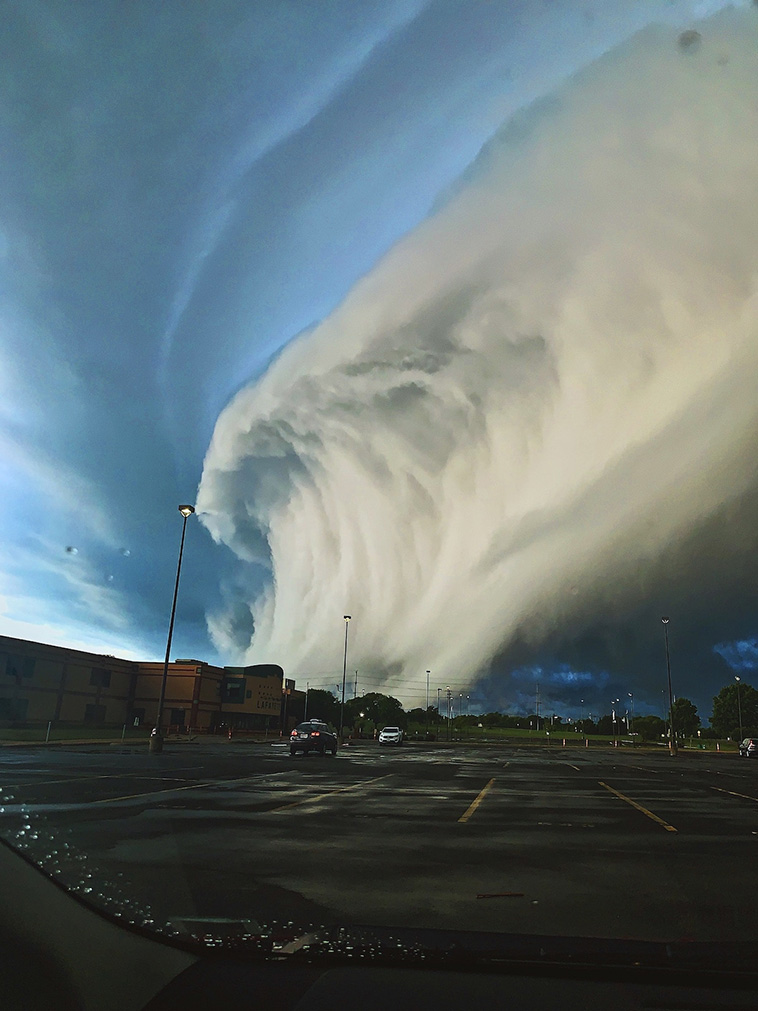 “This monster shelf cloud was perhaps the most beautiful structure and size over my area. I was waiting for two hours for the cloud to arrive and then it made a real mess.” 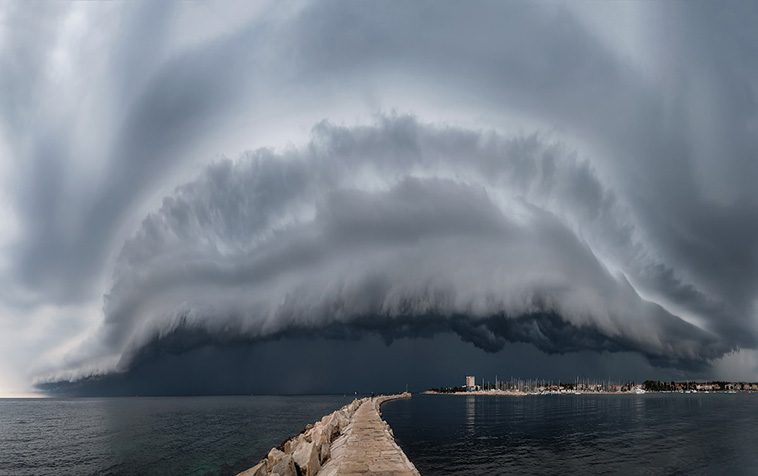 “The photo is of a leaf stuck in the ice. Figuratively, this is a print of summer on winter. I wanted to take this shot because it is a ‘part of sunny summer frozen in ice’. It looks like frozen life. Time seems to have stopped for this leaf. It’s difficult to take photos in low temperatures and I couldn’t work too long. Another problem was finding the best way to take the photo, and I think I finally found it.” 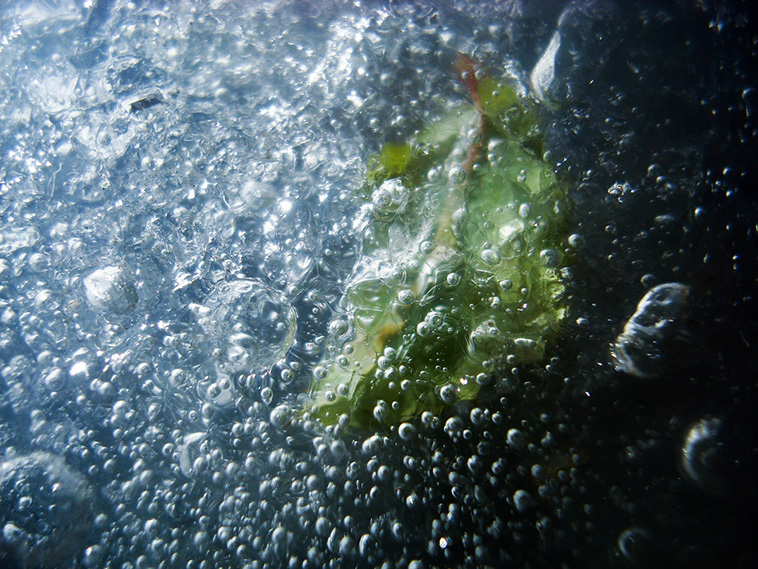 “That afternoon I was asleep and suddenly woke up from my sleep and looked at my watch and I saw it was time to see off the sunset! When I was already halfway to the destination where I intended to photograph the sunset, I saw that something was safely being prepared and hurried to another destination! When I arrived I felt like a little kid, happy and fulfilled! An indescribable feeling to stand and watch and follow what nature means!” 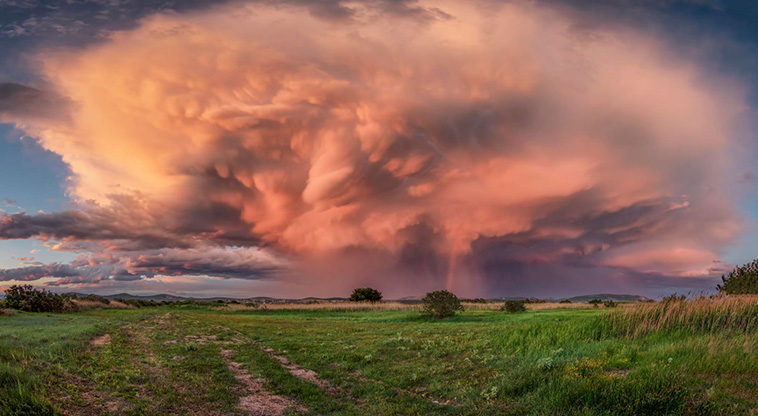 “Whilst trying to visualize the heavy rainfall of March 2019 Wet Sleddale came to mind, I have driven past Wet Sleddale dam many times and seen it dry even after prolonged rainfall, but thought I would take a chance. After a 4:30 am start and a 2 and a half-hour drive from my home in Leeds to Cumbria, I made it to the location and remember shouting ‘yes yes yes’ as I saw the water pouring down the spillway.” 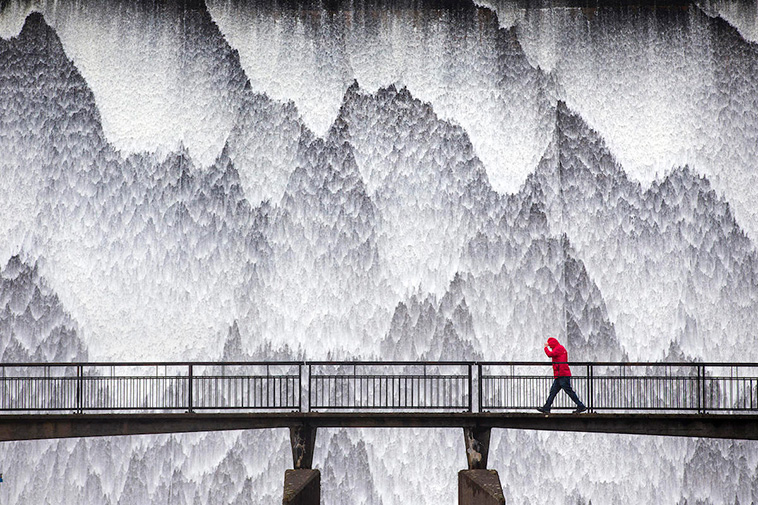