Nature photographers will often come across some rather eyebrow-raising things out in the wild. Nothing is a better example of this than what Finnish photographer Lassi Rautiainen managed to capture – a wild bear and wolf keeping a close friendship out in the wilderness. “It’s very unusual to see a bear and a wolf getting on as this” Lassi explains, yet the female grey wolf and male brown bear seem to be getting on fine as evidenced by the photographs of them with one another. They were actually spotted together for a whopping ten days, where they would enjoy each other’s company for quite some time, often between 8 pm and 4 am.

“No-one can know exactly why or how the young wolf and bear became friends,” Lassi told the Daily Mail. “I think that perhaps they were both alone and they were young and a bit unsure of how to survive alone…It is nice to share rare events in the wild that you would never expect to see.” More info: gallowbob | wildfinland.org | Facebook 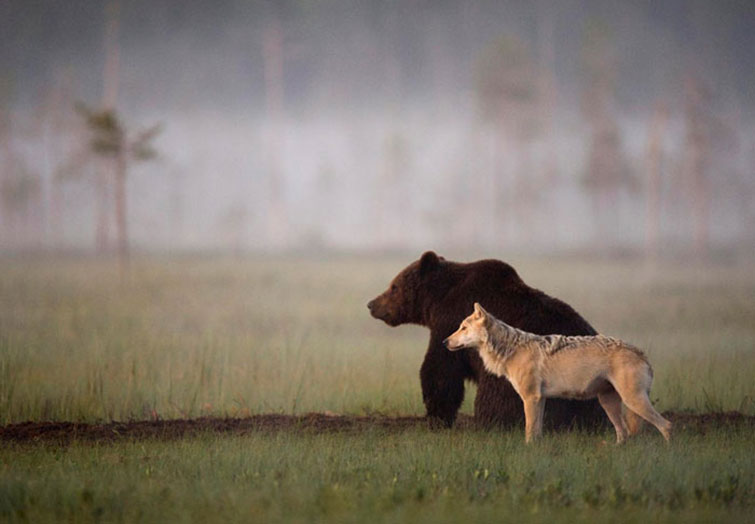 This unlikely pair was spotted by Finnish photographer Lassi Rautiainen 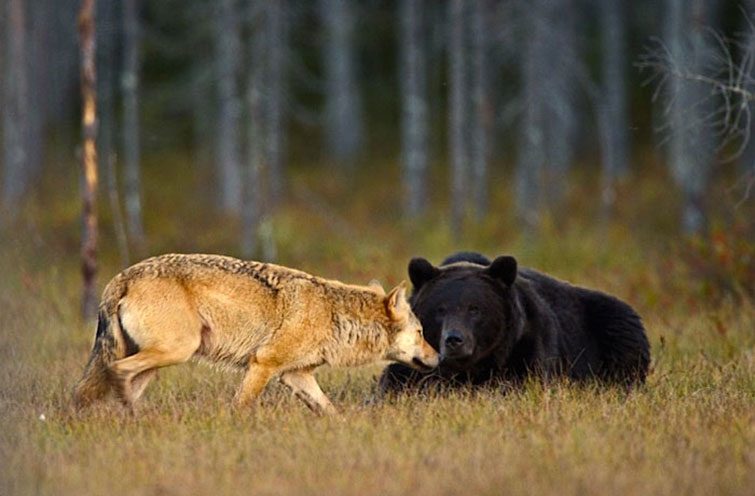 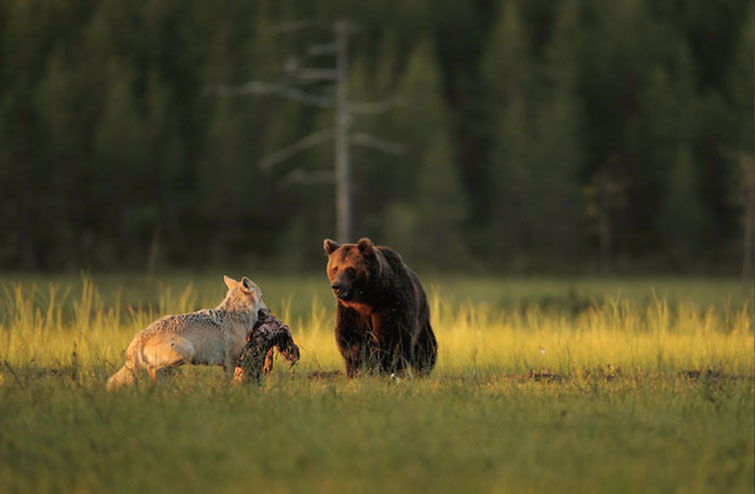 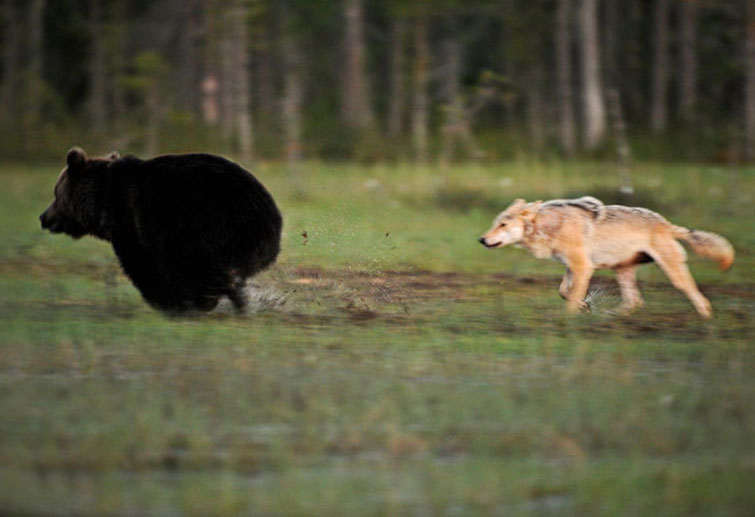 The two “friends” were even seen sharing food 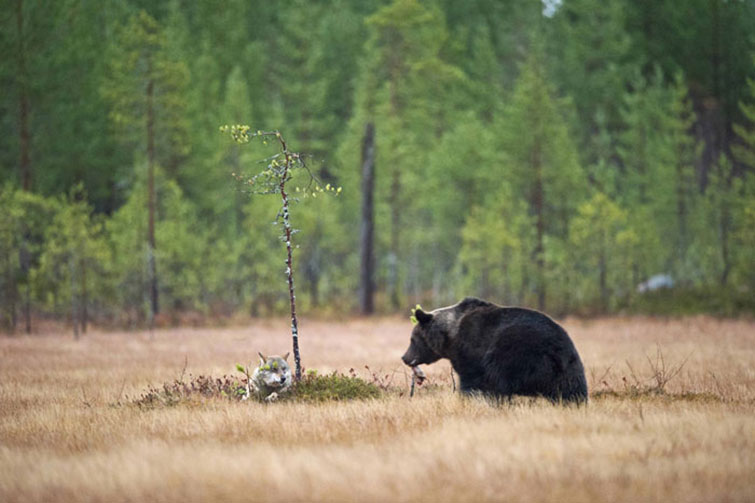 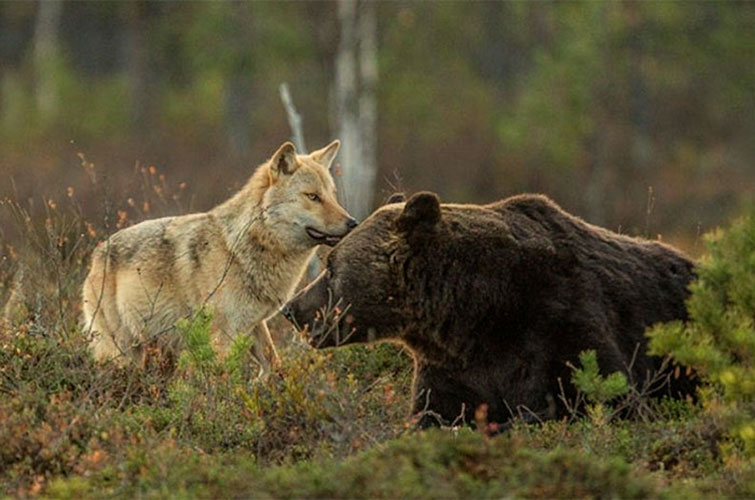 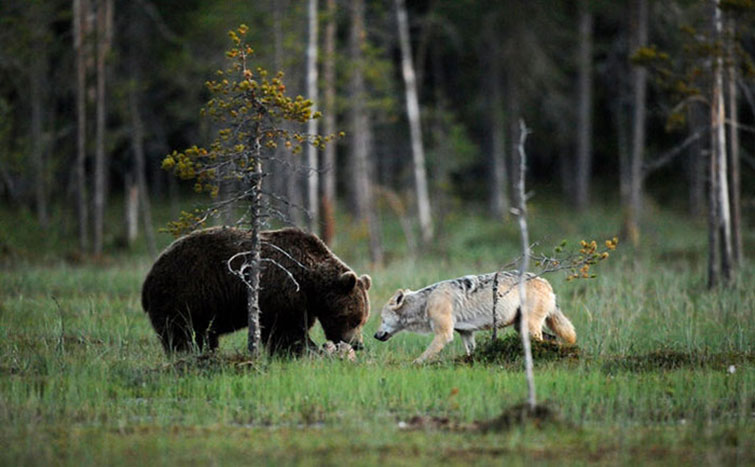 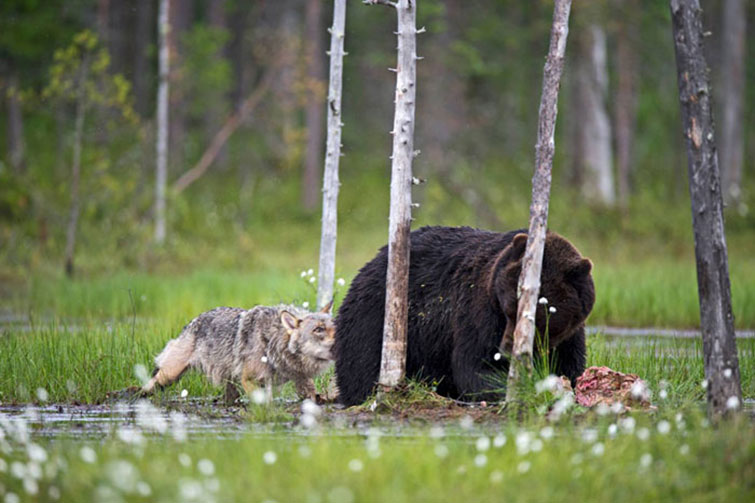 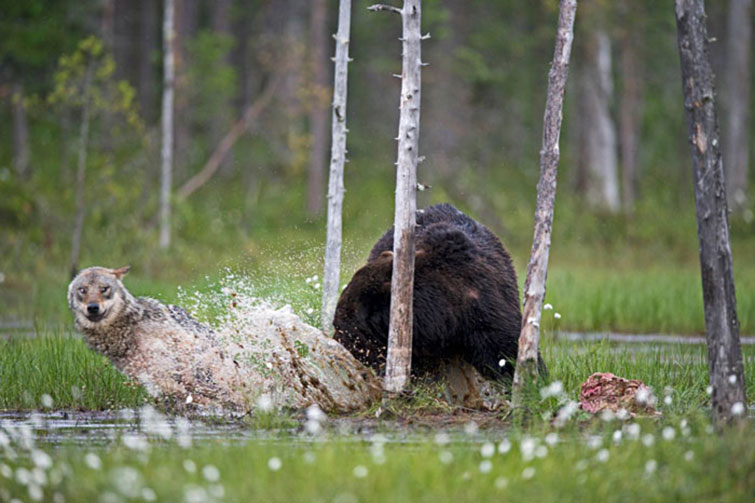 “It seems to me that they feel safe being together” 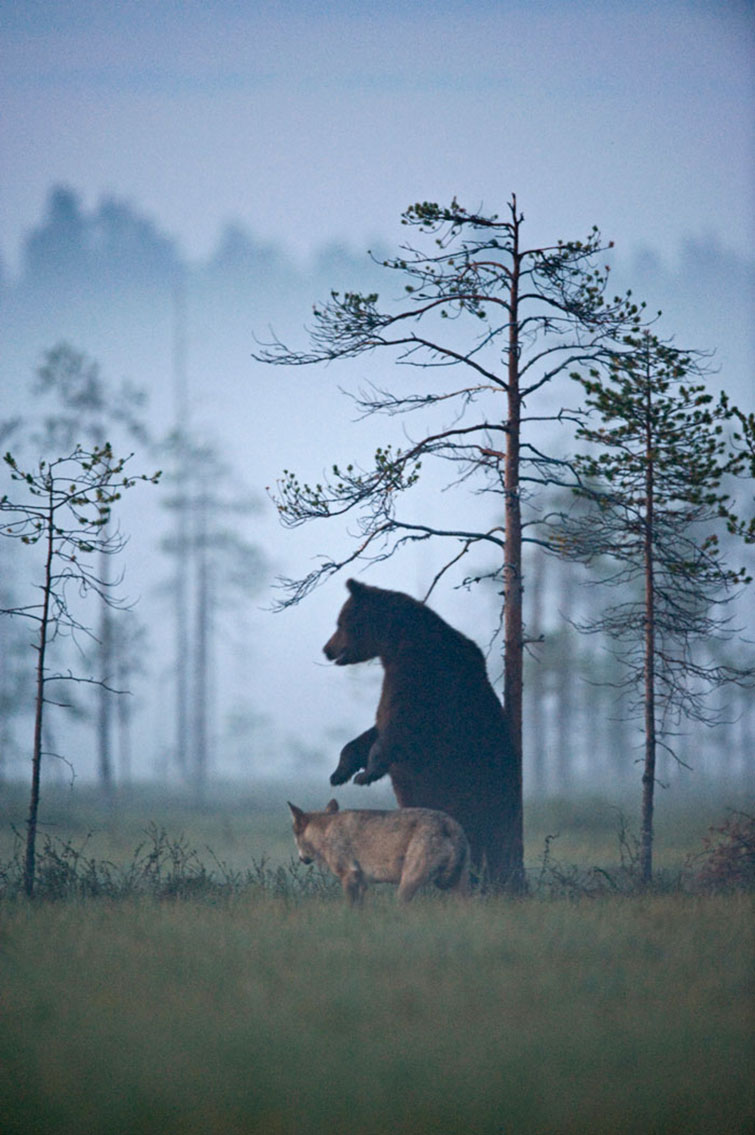