There’s no denying that seeing artistically captured photos is one of the greatest amusements of many people, especially those who have significant passion for visual arts. Why not? They can great sources to free someone from stress. While there are millions of pictures that brings ease and comfort to one’s emotions, there are also those that bring a seemingly reverse effect. These are the snapshots taken in an out-of-this-world poses and settings. Have you seen any of them? If not, brace yourself for some of these photos that will surely make your heart stop! Reminder, please bring dozens of brave heart as you take a look at them.

If you think you have experienced the ultimate rush in biking, think again. By just glancing at the bikers pedalling on the thinnest portions of the cliff, you will absolutely feel you are falling. Just imagine one wrong steer and a rider is sure to fall at a height of more than 100 metres! Plus that fact that cracks on the trail can never be expected. 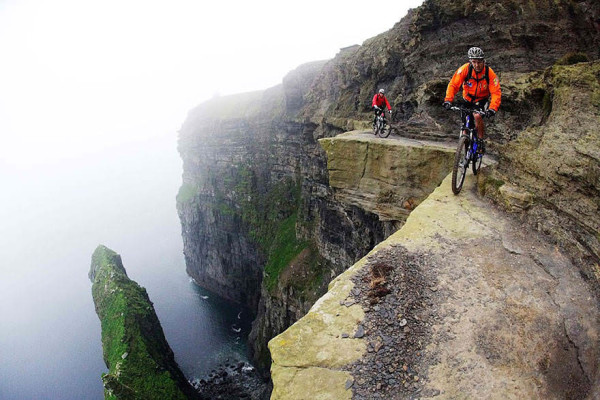 This is definitely not your ordinary walk. That man, Brian Mosbaugh brought crossing Rio de Janeiro to the “highest level”. Yes. He did that by walking on a cable through highline of (Pedra de Gavea). 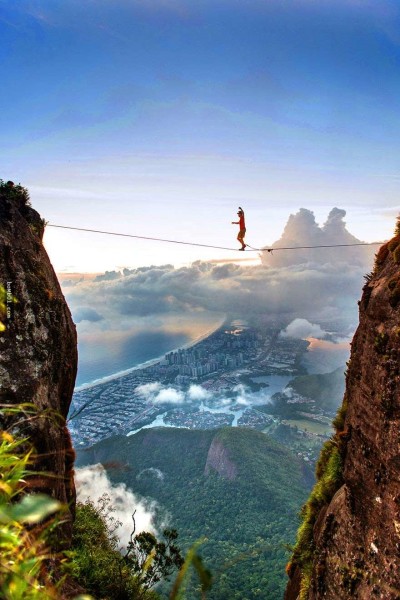 That’s no joke. That guy redefined thrill as he strikes a pose over Kjeragbolten (a rock squeezed between two mountains). What’s the catch? Well, the moment this boulder collapses, you will only fall at the height of 3,228 feet to the ground. 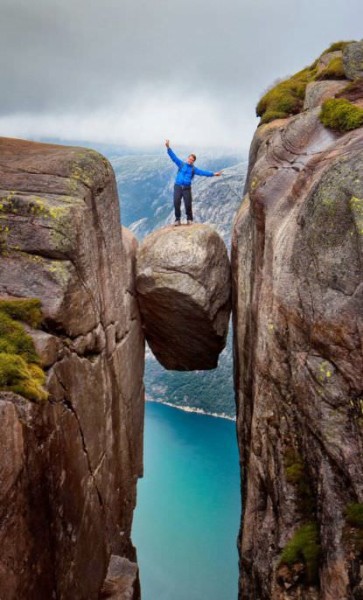 Who says camping is exclusively in the woods? These campers brought it the extreme point as they hang their tents on the side of an Arctic cliff which are situated 4,000 feet high. 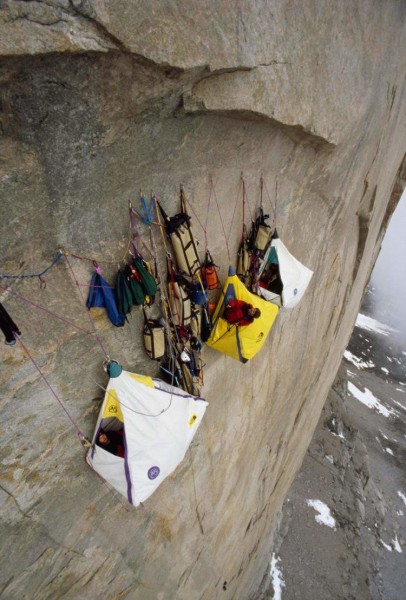 You may think that Sam Elias (the climber) no longer loves living as he hikes the Fang (in Colorado). Can you imagine the risk of falling as high as 100 feet when this ice pillar collapses? 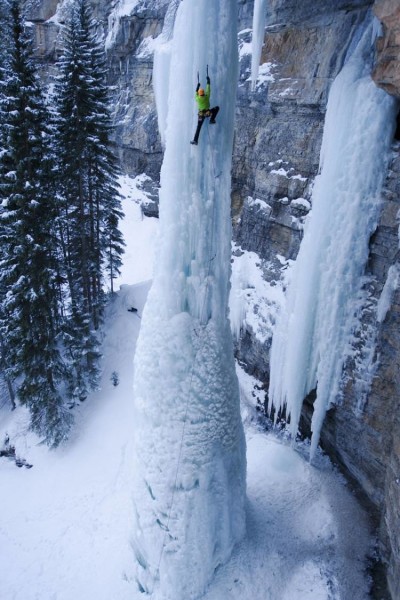