The term treehugger has traditionally been used to mock environmentalists and nature activists that care about the preservation of the world’s trees and other aspects of nature. Well, it turns out that the treehuggers were on to something, as science has determined there are actual benefits for people who literally hug trees. Matthew Silverstone has recently published his own book, Blinded by Science, in which it is explained that being in physical contact with trees can have many positive effects on a personals mental well-being. Illnesses such as depression can be made more manageable, as well as being able to concentrate better and reduce levels of stress. You don’t even need to be in full contact to get some benefits, as it’s believed that being close to trees can reduce headaches too. 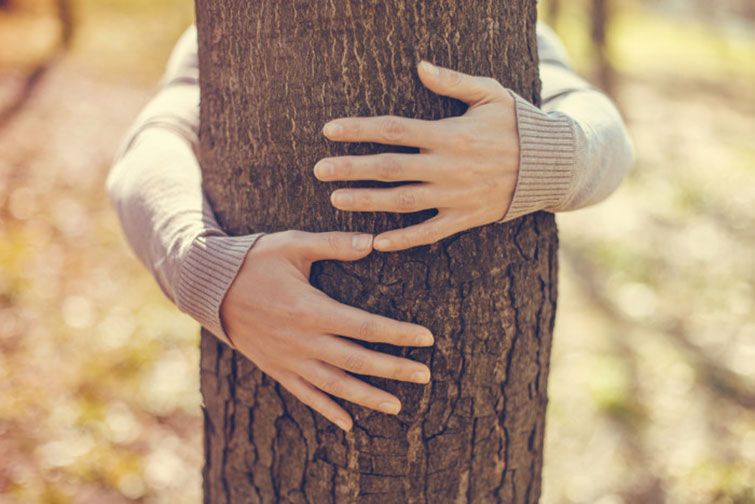 Similar evidence has been produced in studies involving children, where it is thought that the presence of trees and other types of plant life can improve various aspects of their health, including psychological and physiological benefits. “Access to nature can significantly contribute to our mental capital and wellbeing,” Silverstone explains in his book. The science of it is attributed to the vibrations that are provided from trees that can help to create the positive effects gained. All trees and plans have different patterns of vibrations coursing through them when compared to humans, so receiving these in our bodies can lead to the health benefits.

All the more reasons to hug some trees!